Plagued by overcrowding, Hong Kong has been exploring creative options to accommodate its burgeoning population. One such option? A retrofitted cement water pipe called an OPod. 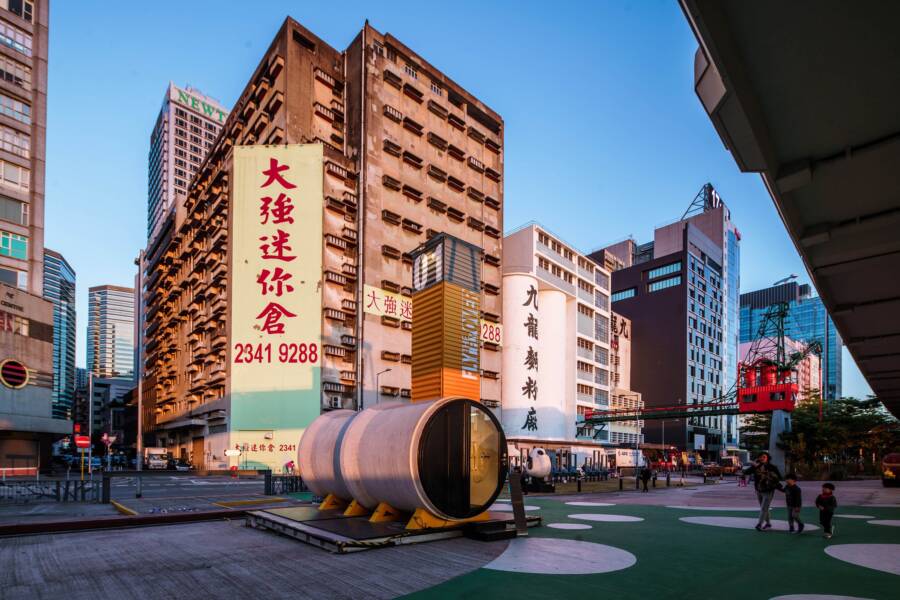 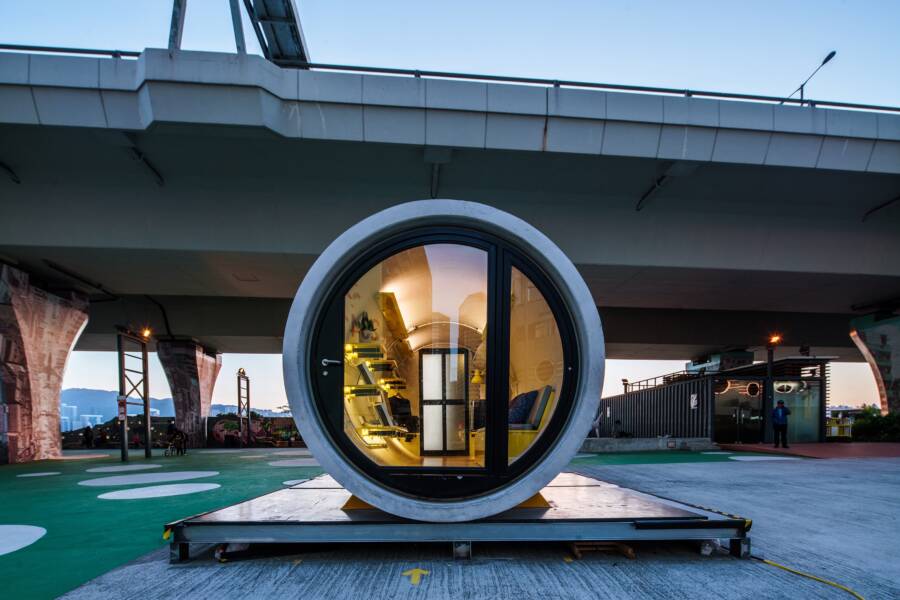 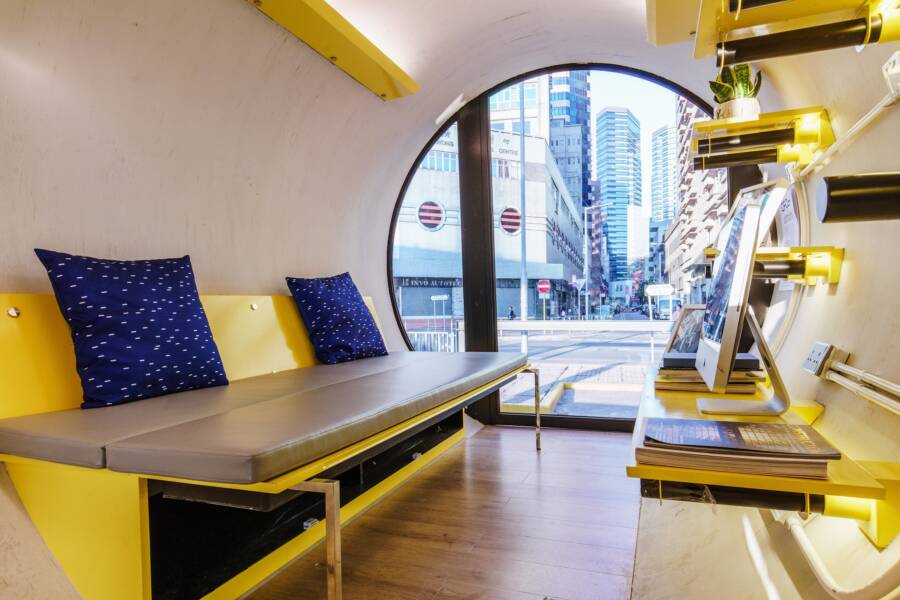 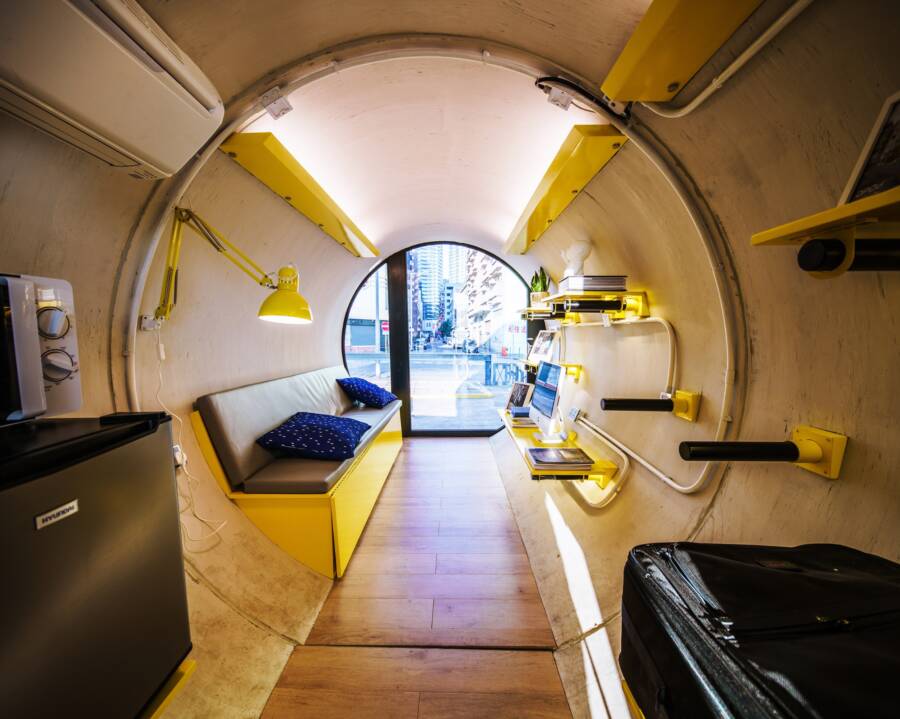 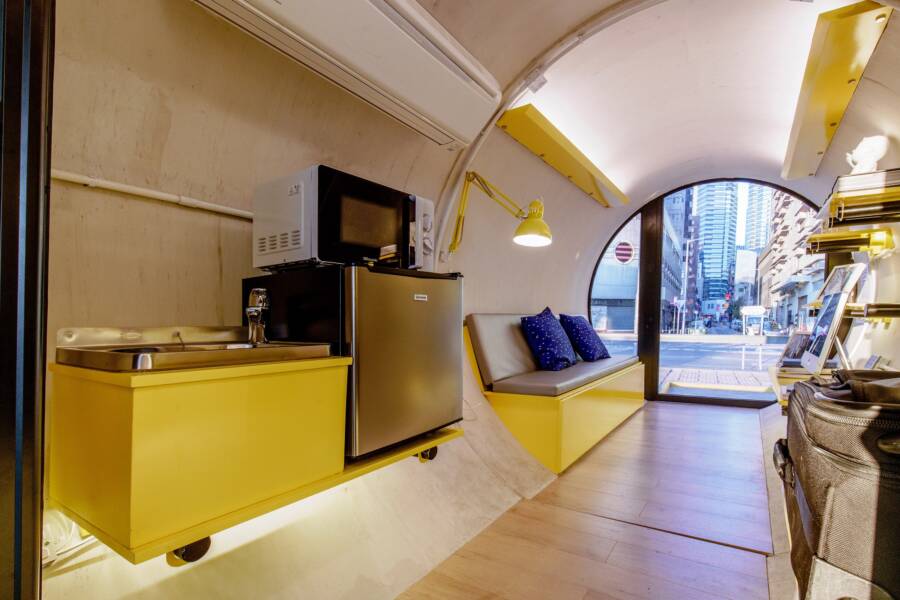 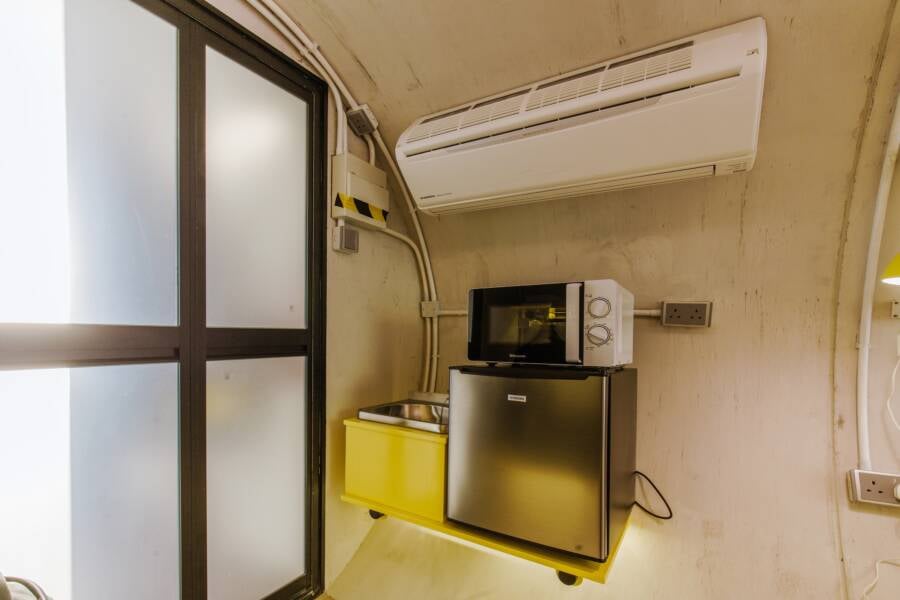 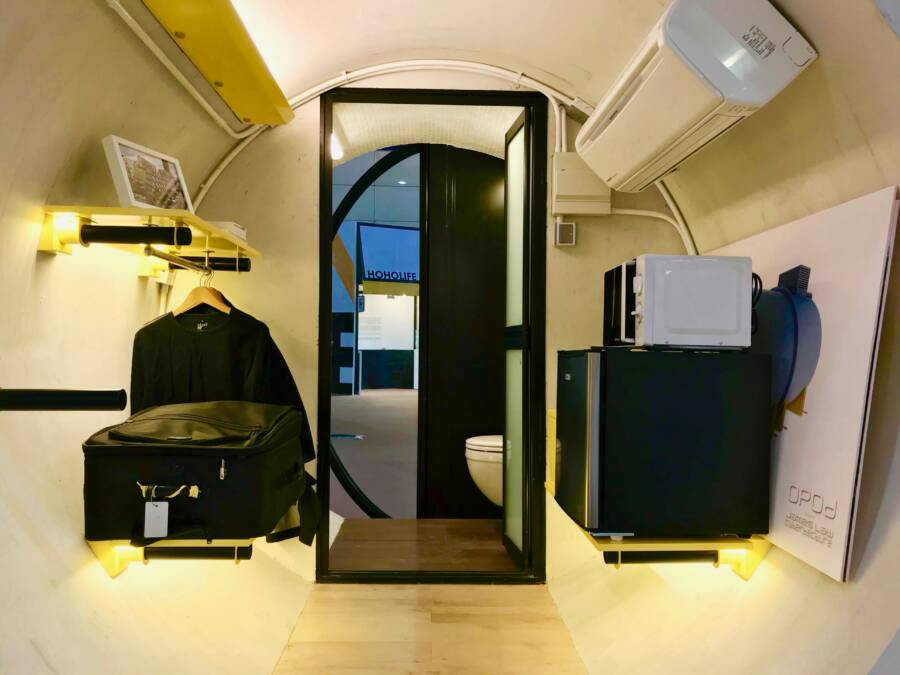 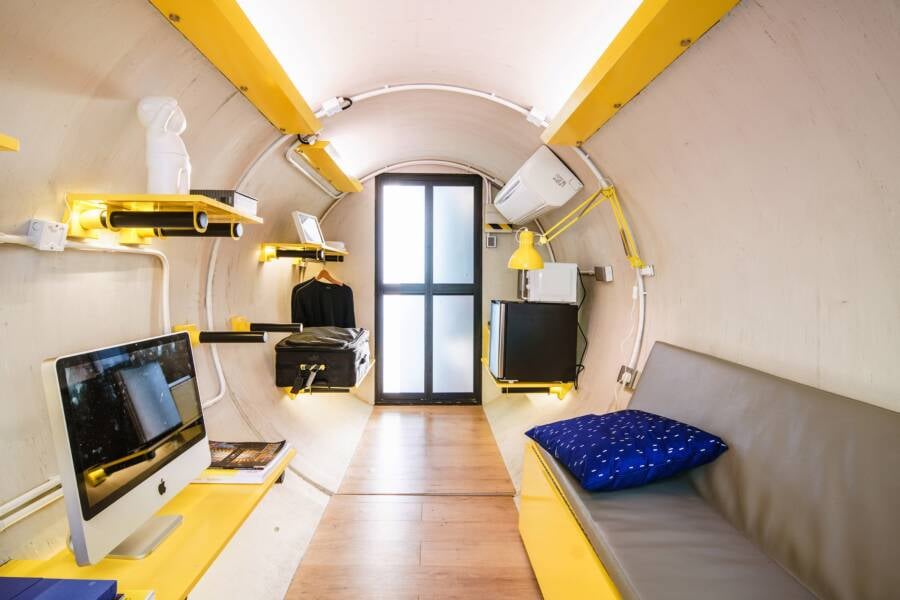 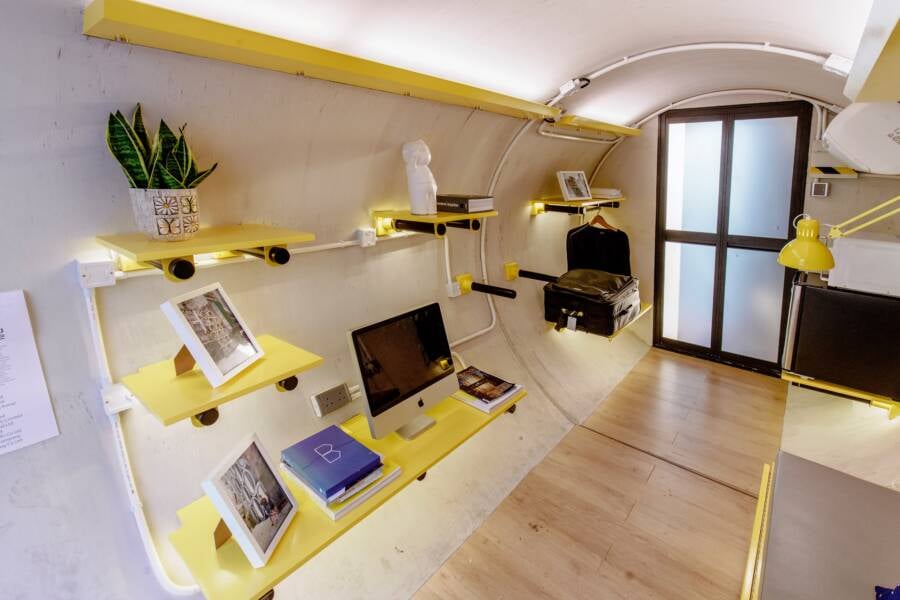 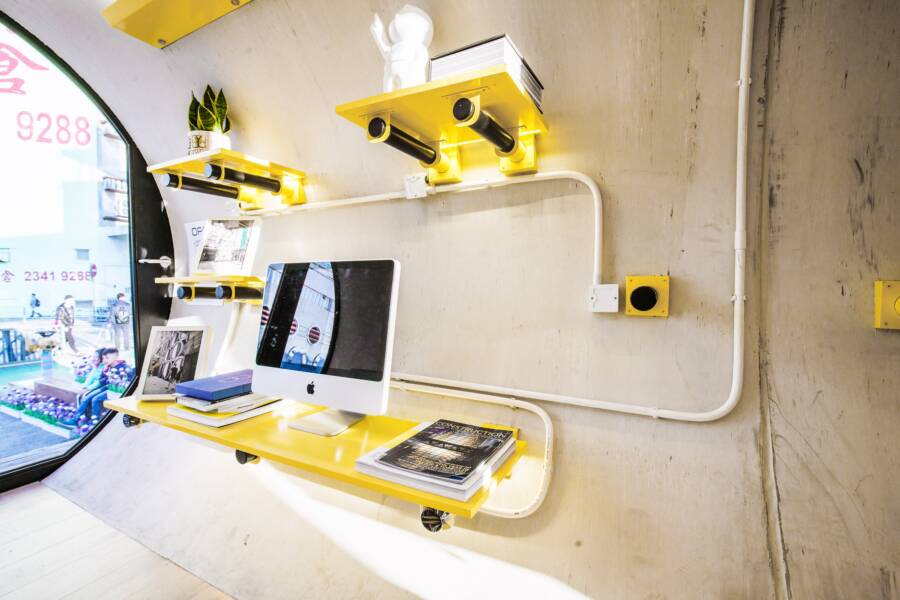 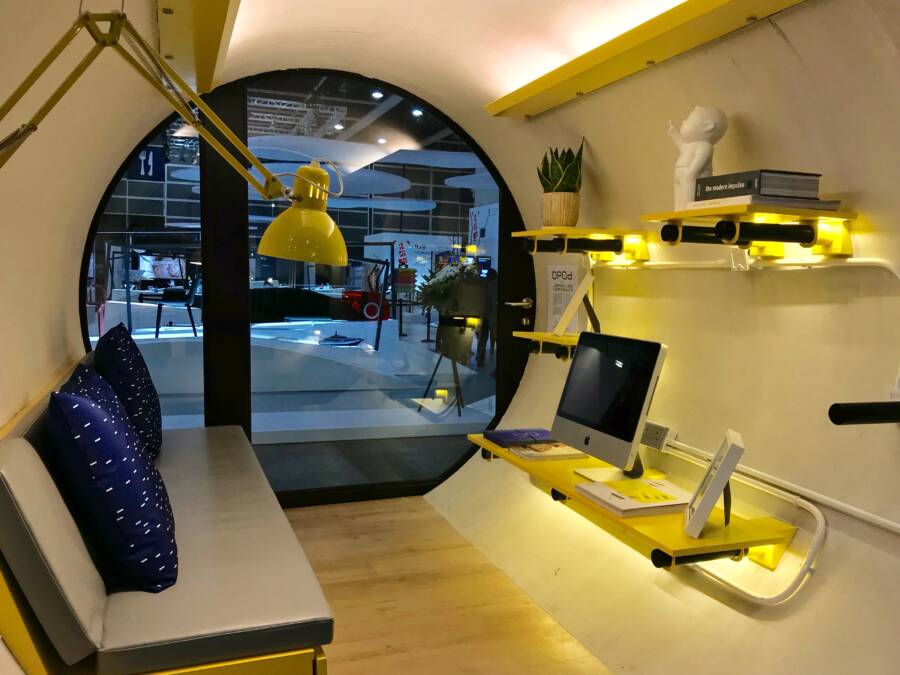 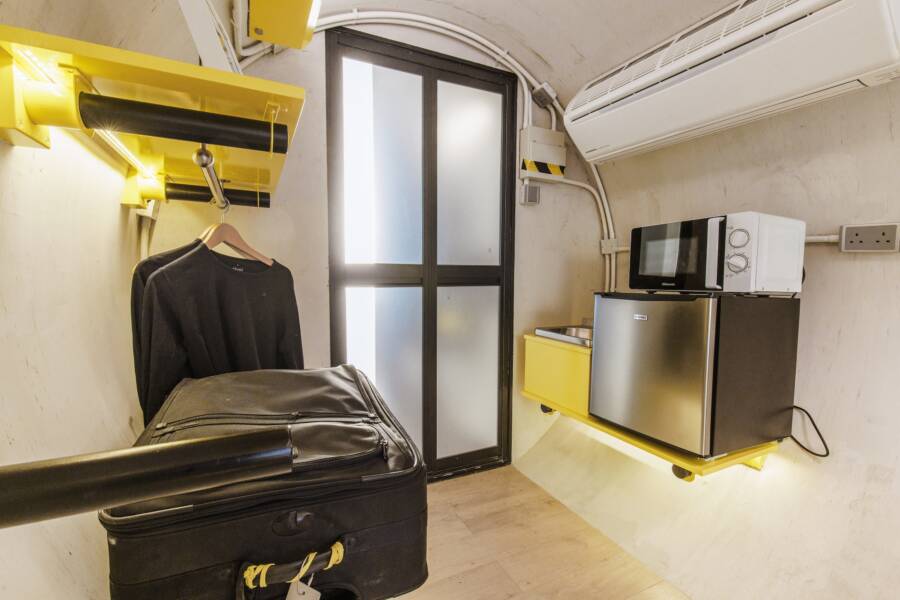 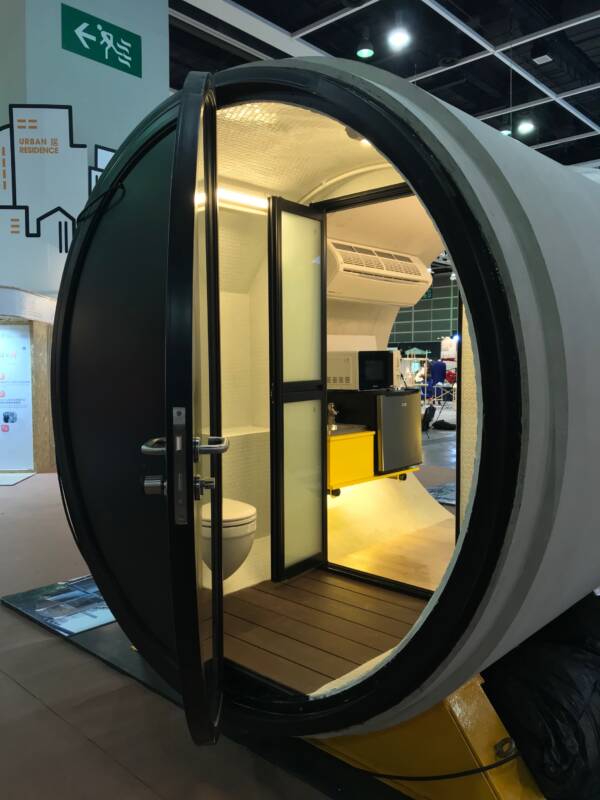 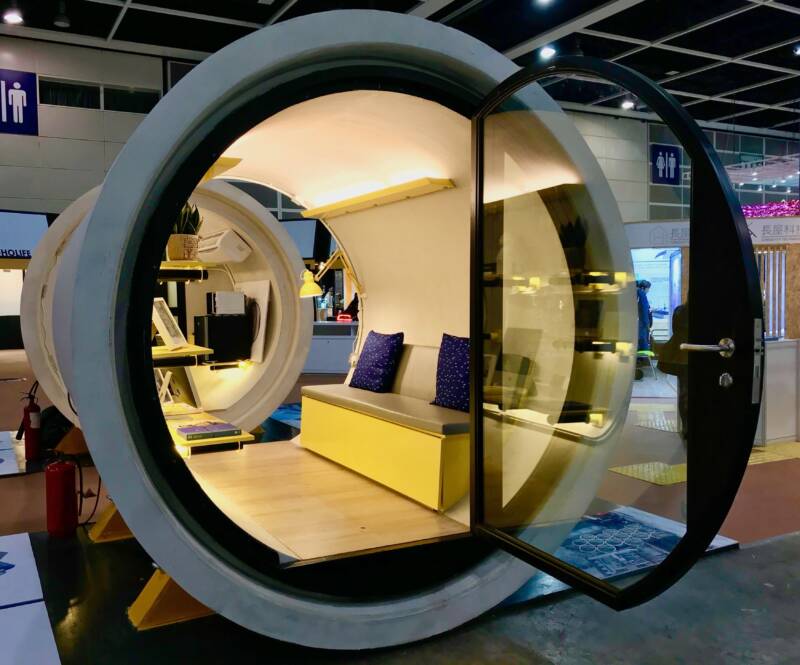 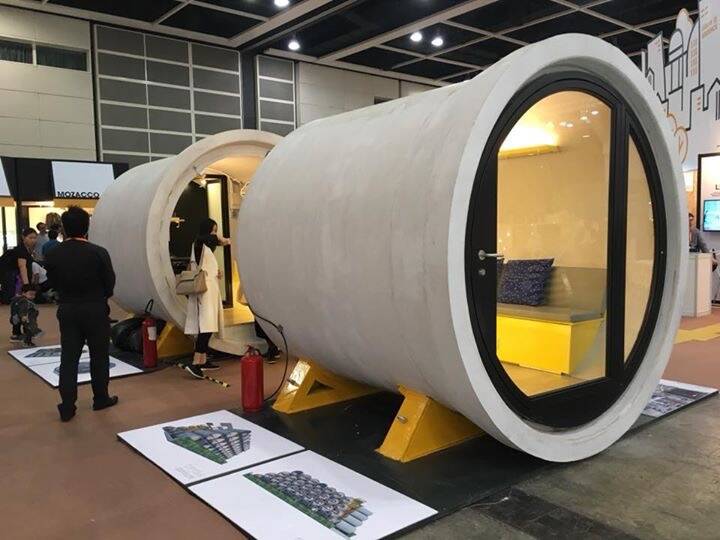 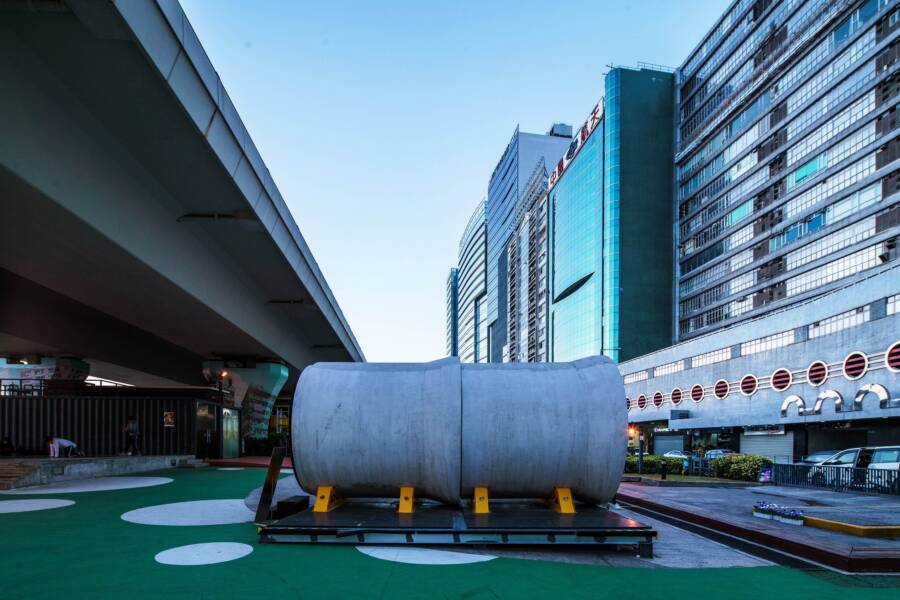 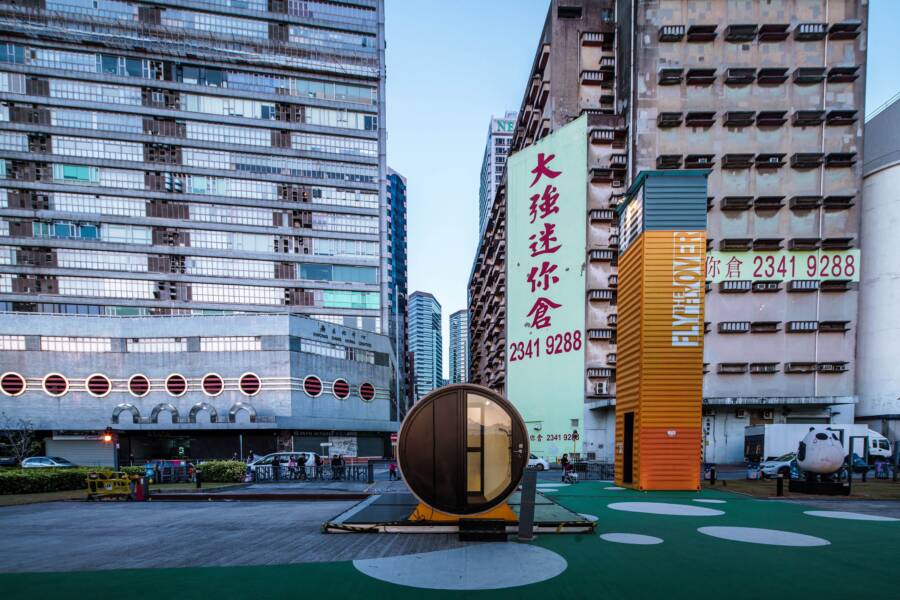 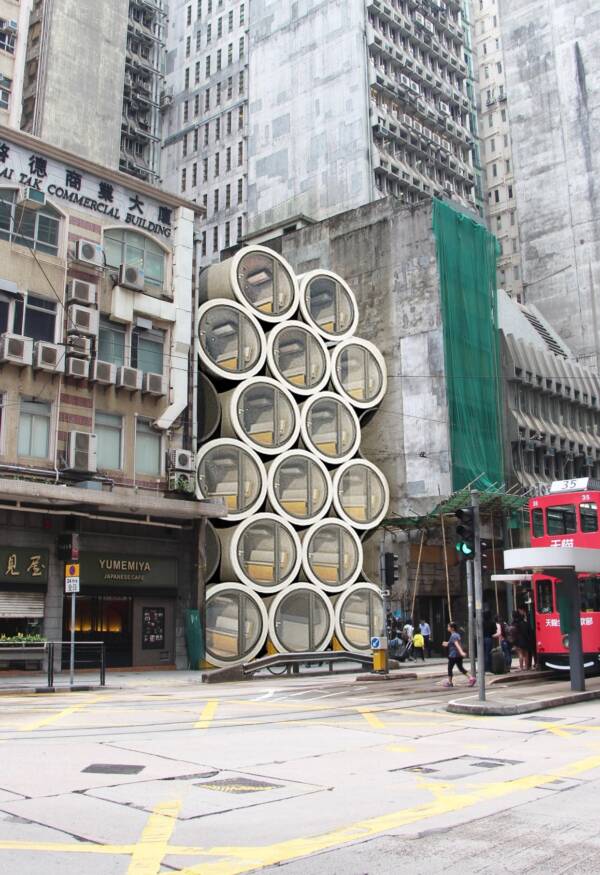 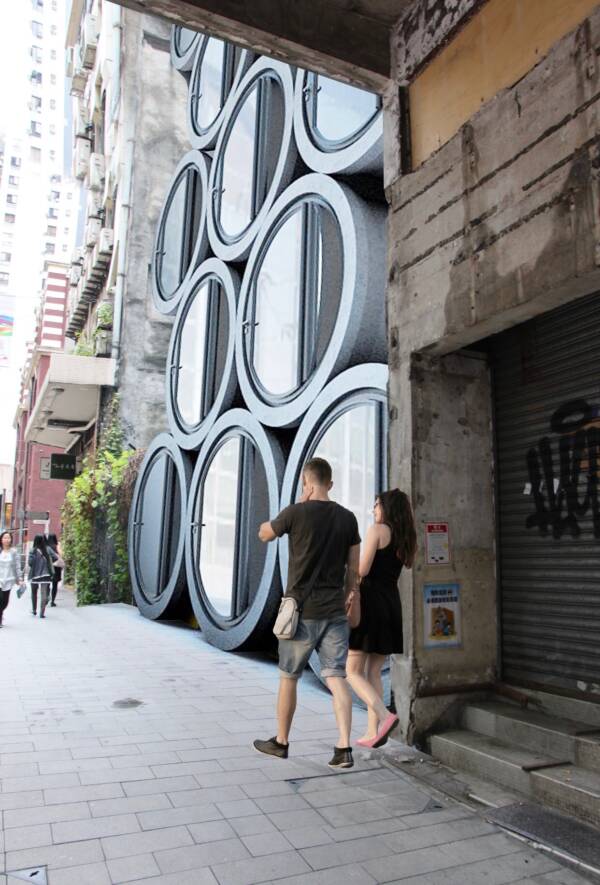 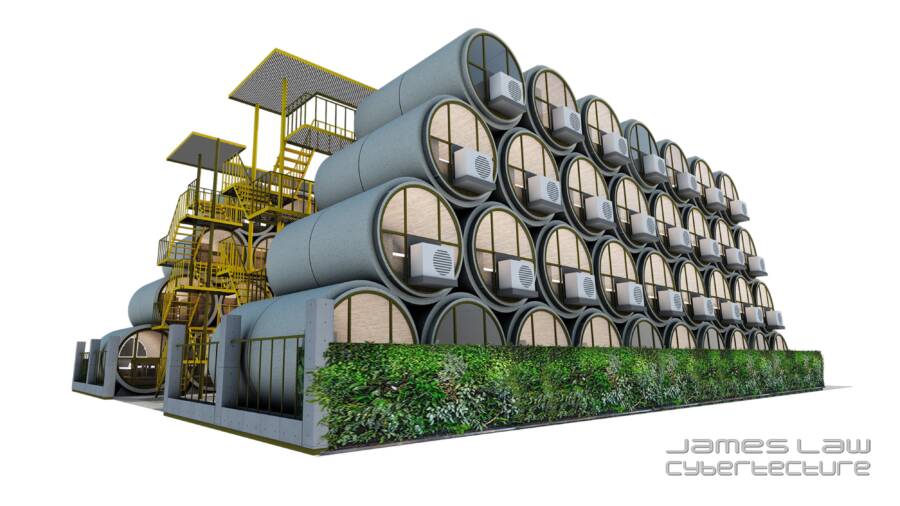 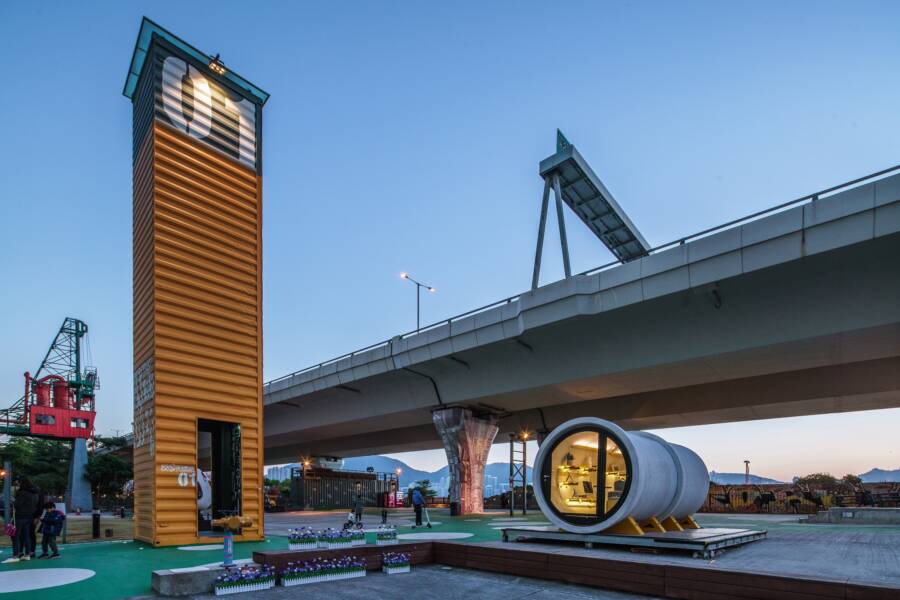 Imagine a cozy, hip, industrial-themed living space with tons of natural light accessible through your smartphone. That's exactly what CEO and architect James Law debuted in Hong Kong last month at the DesignInspire exhibition. Introducing the OPod: the tube house that could be Hong Kong's answer to a crippling housing crisis

Did we forget to mention that the home is actually contained inside a 100 to 120-square-foot concrete water tube? Even though it has a small footprint and inexpensive finishes, it's bright, trendy, and comfortable.

More important, the OPod could revolutionize the housing industry in overcrowded Hong Kong where thousands have been relegated to inhumane "cage homes."

"I came up with the idea behind the OPod when I was on a construction site," says the chairman of James Law Cybertecture, James Law. "I walked into one of them (a concrete water pipe), and I was surprised by how big they were."

Law got the idea for the tube houses then and there.

"I thought: wouldn't it be a really great idea to utilize these leftover concrete water tubes to create vast, microarchitecture — that could be at very low cost, and also quite interesting for young people in Hong Kong?"

It took the architecture firm just one month to round out the idea of fashioning a home from a glorified drain pipe.

"We need to live small in the city, because we can't afford the space — however, it doesn't mean that we have to live in a squalid, or inhuman environment like subdivided flats or cage homes ... A well-designed small space can still be quite a hospitable, very warm, very cozy home."

Hong Kong is one of the most expensive places on the planet to live; the median property price comes in at 19 times the median yearly household income.

For lower-income residents, sometimes the only option is to live inside one of Hong Kong's notorious cage homes. These are only large enough to fit a bunk bed and are often crowded together within another smaller room. 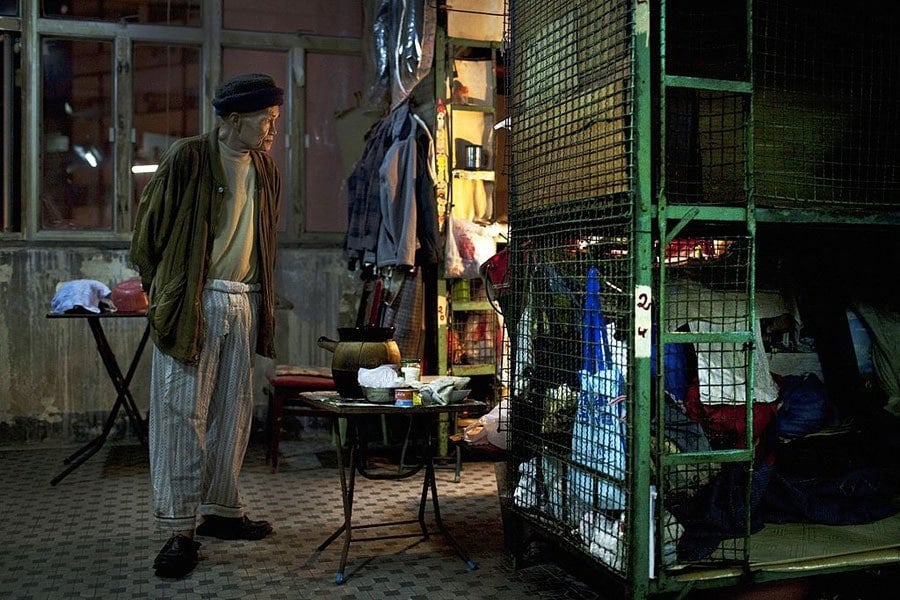 Daniel Berehulak/Getty Images78-year-old Leung Shu prepares to settle in for the evening beside his cage. He shares this apartment floor with four other people.

This is the type of thing you can expect when only seven percent of the city is zoned for housing. With the average price per square foot of city flats starting at about $1,380 USD (HK$10,700), people need to get creative.

Here's where the stylish and comparatively roomy Hong Kong tube homes come in. The rent for an OPod would cost $383 per month, and technically two people can live there comfortably.

Law says that "Younger people need some kind of period in their lives in the city where they'll be able to afford to live (while) building up their resources. They can rent it for six months, one year ... and during that time they can build up their resources."

When the alternative for the more than 20 percent living below the poverty line is literally a cage, the OPod seems pretty appealing.

Not Just A House But A Social Housing Project

There is also a bigger plan in the works. Law wants to do even more than help young people to afford comfortable homes. He is hoping in the future that tube houses can evolve into a social housing project.

The system would see that young tenants have two-thirds of their rent re-invested for them and then have that rent paid back — with interest — after they are able to move on.

"For me personally, as the creator of this project, my passion is somehow to help these young people," Law continues, "to nurture them, to protect them, to give them a decent step up in life."

After this look at the OPod, read more on Hong Kong's alarming and long-running housing crisis. Then take a look at these seven awesome tiny homes that prove size doesn't matter.