July Fourth may be the day Americans celebrate their independence, but this cherished national holiday is plagued by misconceptions. 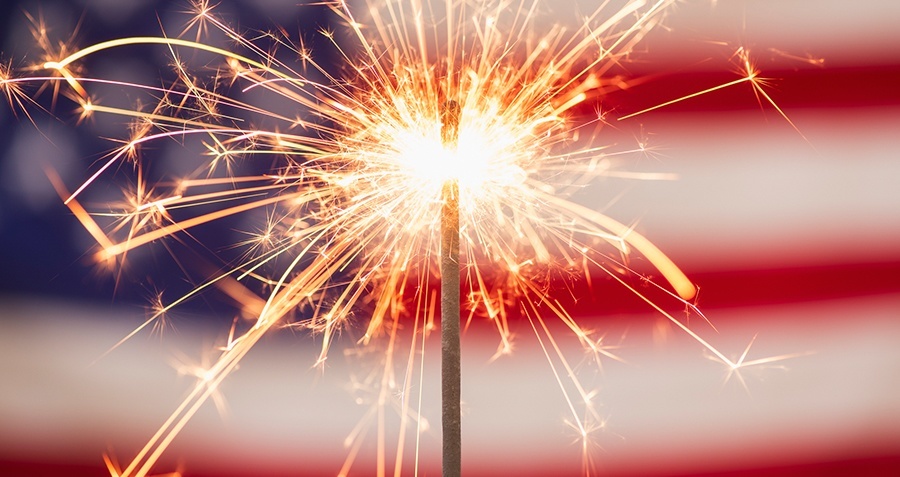 July Fourth is a day for cookouts, pool parties, and patriotism. Though Americans also take this day to appreciate their country’s history, that very history is replete with stubborn, longstanding myths. And when you debunk those myths — especially the four below — you realize that we’ve long been celebrating Independence Day all wrong. 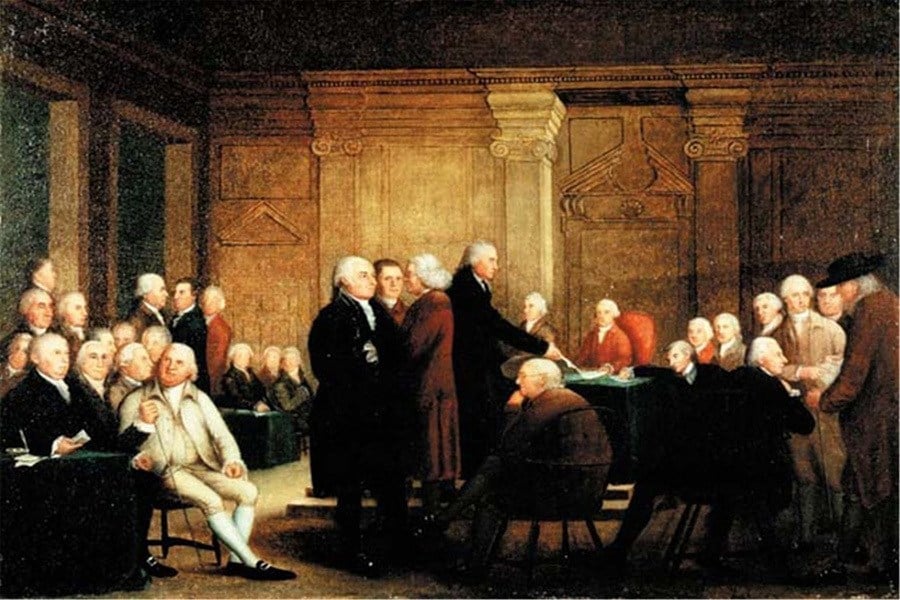 Actually, the colonies’ legal separation from Britain came when the Second Continental Congress voted to approve a resolution of independence — on July 2, 1776.

The resolution was written by Richard Henry Lee of Virginia and read, in part, “These United States are and of right ought to be Free and independent States, that they are absolved from all allegiance to the British Crown and that all political connection between them and the State of Great Britain is and ought to be totally dissolved.”

The resolution passed unanimously; only New York abstained because representatives weren’t sure how their home state’s legislature would want them to vote.

Other colonies hesitated to make the vote when the resolution had been presented to congress previously on June 7. The vote was delayed (until July 2) and in the meantime, the Founding Fathers began drafting the Declaration of Independence.

And when July 2 came and the resolution was passed, independence was declared.

John Adams even wrote a letter to his wife predicting that July 2 “will be celebrated, by succeeding Generations, as the great anniversary Festival.” Although Adams was actually there to watch it all happen, history has of course proven him wrong about the date of celebration.

July Fourth has come to be the chosen day because that’s when the actual Declaration of Independence was adopted by Congress.

Myth: The Declaration of Independence On Display in Washington, D.C. Is The Original Copy 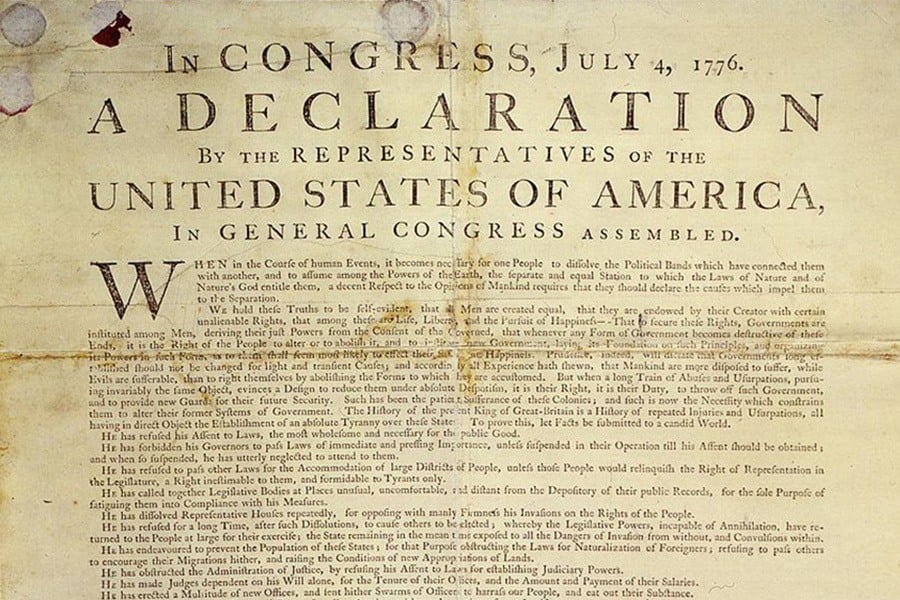 Wikimedia Commons One of the extant Dunlap broadsides.

The copy of the Declaration of Independence on display at the National Archives Museum in Washington, D.C. is the engrossed, or final, copy ordered by Congress and finished on July 19.

Timothy Matlack, a beer brewer and Secretary of Pennsylvania with exceptional penmanship, hand wrote the entire text on parchment to create that engrossed copy which was eventually signed by 56 representatives.

But weeks before on July 4, Congress ordered John Dunlap, an Irish immigrant and Congress’s official printer, to make copies of the initial draft of the newly approved declaration.

Dunlap printed broadsides that could be posted and read aloud to the public to announce that America had officially become an independent country. Twenty-six Dunlap copies have surfaced over the years, one of which sold at auction in 2000 for $8.14 million.

As for that initial draft from which Dunlap was working, not much is known about it, including where it ended up.

Myth: The Founding Fathers Signed The Declaration Of Independence On July Fourth 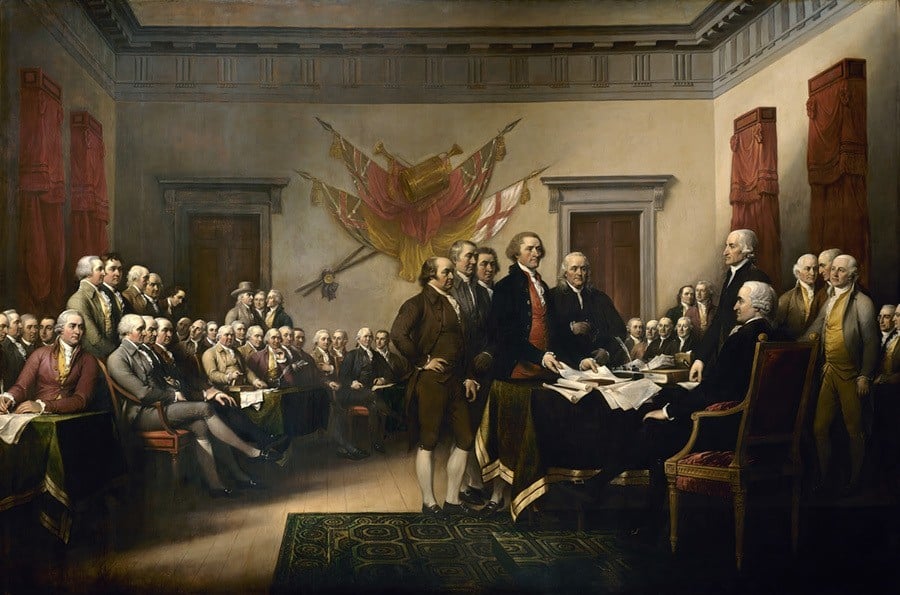 The Declaration of Independence wasn’t, in fact, signed until August.

While the matter is still in dispute among a few historians, the available evidence, not to mention the official record settled upon by the U.S. government, pegs the signing day as August 2.

Remember, New York abstained from voting on the independence resolution. The state’s delegates didn’t actually give their full support until July 9, when they got authorization from their home assembly to vote in favor of independence. Then, it took nearly took weeks to get the final copy of the declaration copied to parchment.

Then, on August 2, signing began. However, it wasn’t even completed until November, by which time five more delegates (including Richard Henry Lee) had signed. Some historians even argue that Thomas McKean, a representative from Delaware not present at the original date, didn’t sign until 1781.

Myth: The Colonies All Declared Independence Together 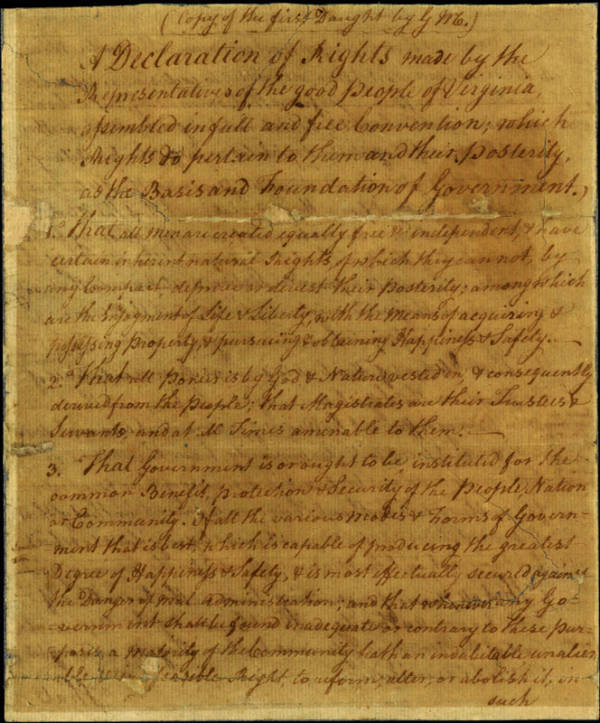 The Library of VirginiaAn early draft of the Virginia Declaration of Rights.

Not only did New York initially abstain, but two colonies actually declared independence well before the official resolution passed on July 2.

Virginia, for instance, adopted the Virginia Declaration of Rights on June 12, almost a month before the rest of the country got on board with independence. The document declared the inherent rights of men and included the colony’s right to abolish any government they didn’t find “adequate.”

Delaware likewise declared its own independence a month before the rest of the country. On June 14, Delaware officially declared its independence from Great Britain, becoming the first state to do so, a month ahead of the Continental Congress decision to do the same for all the colonies.