Kailasa Temple, The Massive Temple Was Chiseled By Hand For More Than 20 Years

The Kailasa Temple was carved over dozens of years, under several rulers, out of a single piece of stone. 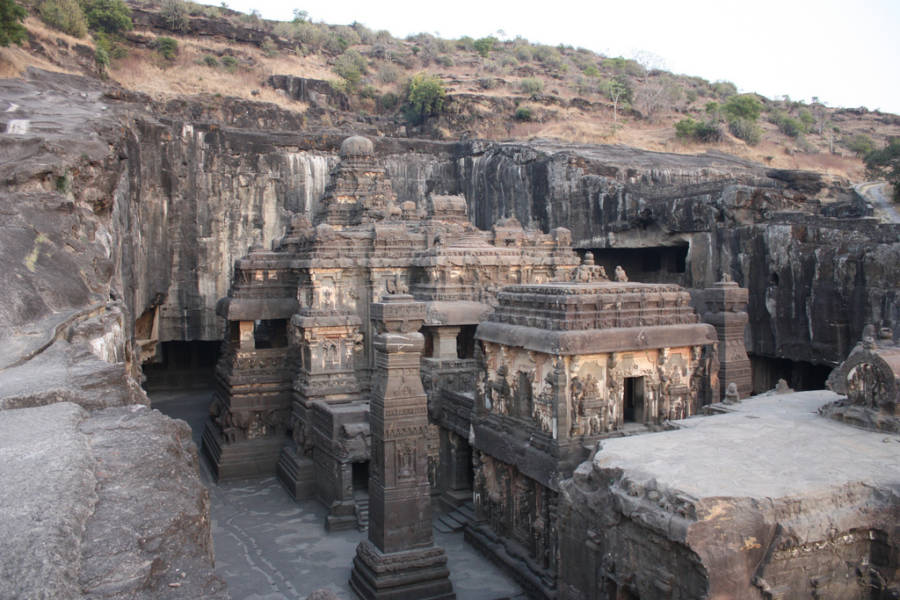 Arian Zwegers/Flickr.com Kailasa Temple in all of its glory.

Kailasa Temple in Ellora, Maharashtra, India, is the world’s largest monolithic piece of art. Master craftspeople carved the gigantic structure from a single piece of solid rock in a cave on a mountainside. The entire building took more than two decades to carve. There are plenty of other mind-boggling facts about this ancient wonder while some of the history behind the temple has a bit of controversy attached to it.

Hindus created the temple to honor Lord Shiva, and they intended to mimic his home on Mount Kailash in the Himalayan Mountains. Legend has it a Hindu king ordered the temple built after he prayed to Shiva to save his wife from sickness. 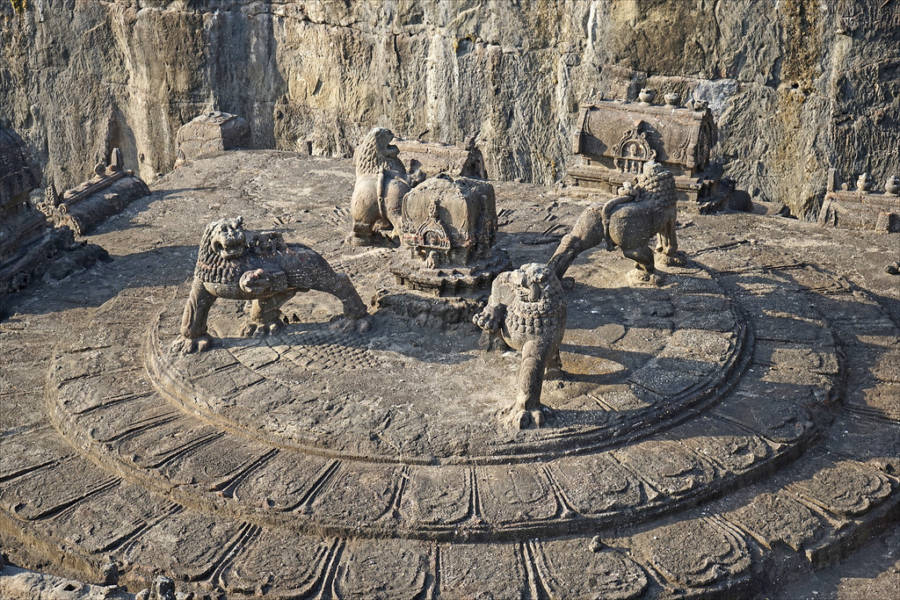 Architects started from the top of the mountain and worked downward to carve the structure. The painstaking process removed more than 200,000 tons of volcanic rock between 757 and 783 A.D., according to archaeologists. Kailasa Temple is one of 34 caves in the area carved from solid rock. Other similar caves date back as as early as 300 B.C.

In modern terms, it would take around 200 days, working at 24 hours per day, to excavate the entire site using contemporary technology. That doesn’t take into account the elaborate carvings all over the monolithic structure. 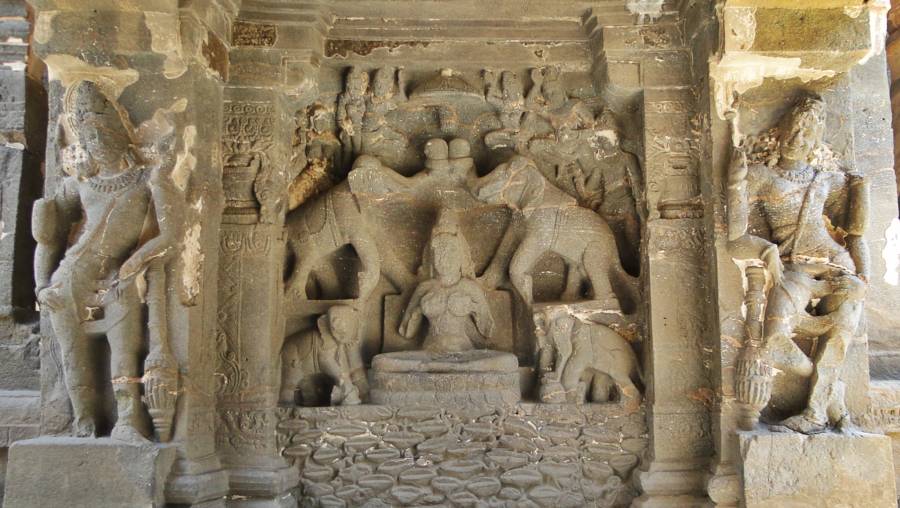 Wikimedia CommonsA depiction of the Hindu deity Gajalakshmi. Notice the white plaster in some spots.

Almost every inch of the interior structure contains an intricate carving.

Towards the top, you see carvings of elephants that point your way down. On the bottom of the main building it appears as if an army of huge stone elephants are holding up the entire temple. The elephants surround a 100-foot-tall pillar that appears to serve as the main edifice in the temple complex.

Kailasa Temple covers more square footage than the Parthenon in Athens. Somehow, civilizations in India came and went without anyone noticing this magnificent art until 1682.

That’s when Mughal King Aurangzeb, a Muslim, ordered the temple destroyed so he could erase all traces of it. Despite three years and 1,000 men, Kailasa Temple endured. The rock was simply too hard to demolish, even though artisans used only hammers, chisels and picks to construct it. 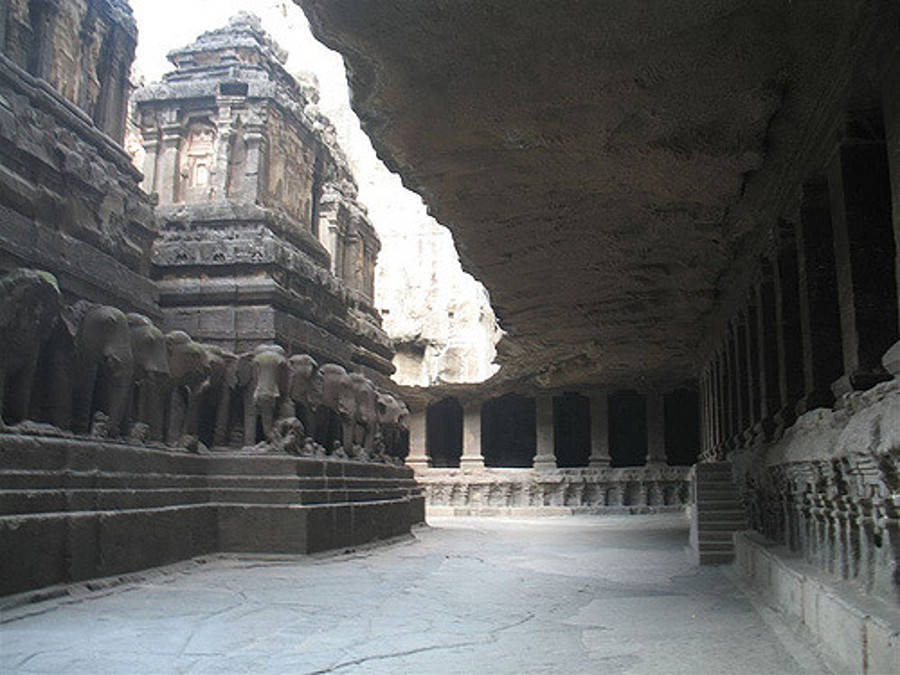 The current-day structure is mostly black volcanic rock. Back when it was built, architects ordered the sculptures covered in white plaster to give it the illusion of snow. This made the temple appear as if it was in the Himalayan Mountains. Visitors can still see some of the white plaster today.

These amazing works of art hide some secrets. Archaeologist estimate there are more than 30 million Sanskrit carvings that have yet to be translated. If experts can find a way to unlock the hidden meaning of the language, it would make Kailasa Temple one of the most valuable historical artifacts on Earth. 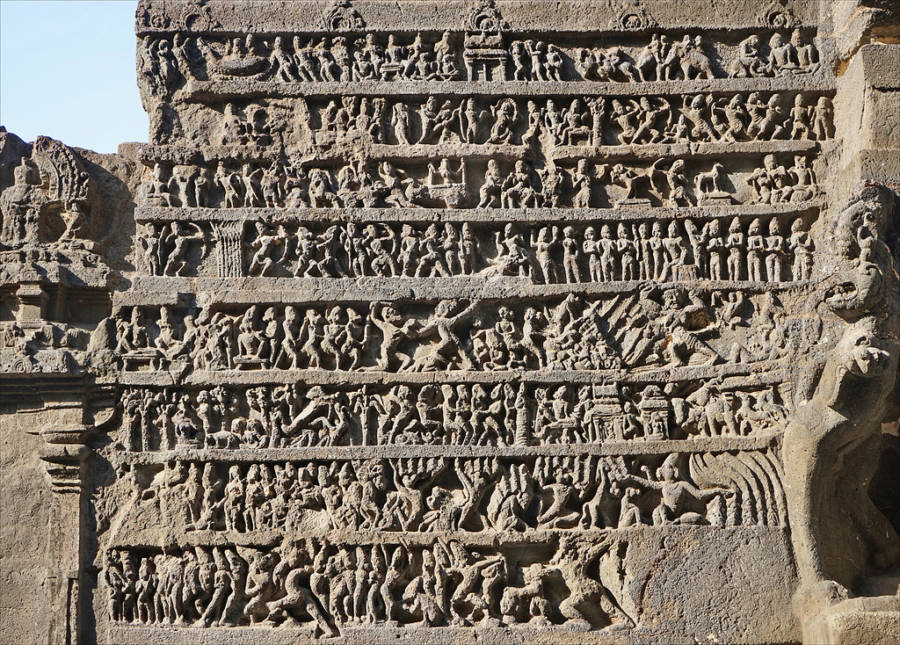 Jean-Pierre Dalbéra/FlickrOne of the many stories carved into the walls of Kailasa Temple.

Some people argue that the Kailasa Temple is much older because there is no way humans in that time period could excavate such a huge structure.

The surrounding caves have carvings that are much older than Kailasa Temple, but that could simply mean that no one got around to carving Kailasa until much later. Ancient alien theorists contend that the people of this part of India had extra-terrestrial help, but there is no evidence to support this fantastic notion.

In all, the temple is a monument to Lord Shiva. There are five shrines inside Kailasa that pay homage to the greatest of Hindu gods. No matter how long it took or how old it is, Kailasa Temple is truly a marvel to behold.

After learning about the Kailasa Temple of India, check out the Aztec temple that was found in Mexico with the severed necks of 32 children inside it. Then, take a look at these places just outside of New York City that have been taken over by nature.