Rampaging Alcoholic Monkey Bites 250 People And Kills One In India

Kalua the monkey's former owner was an occultist who fed him liquor and monkey meat. When his owner died, Kalua was left with nothing to drink and an appetite for violence. 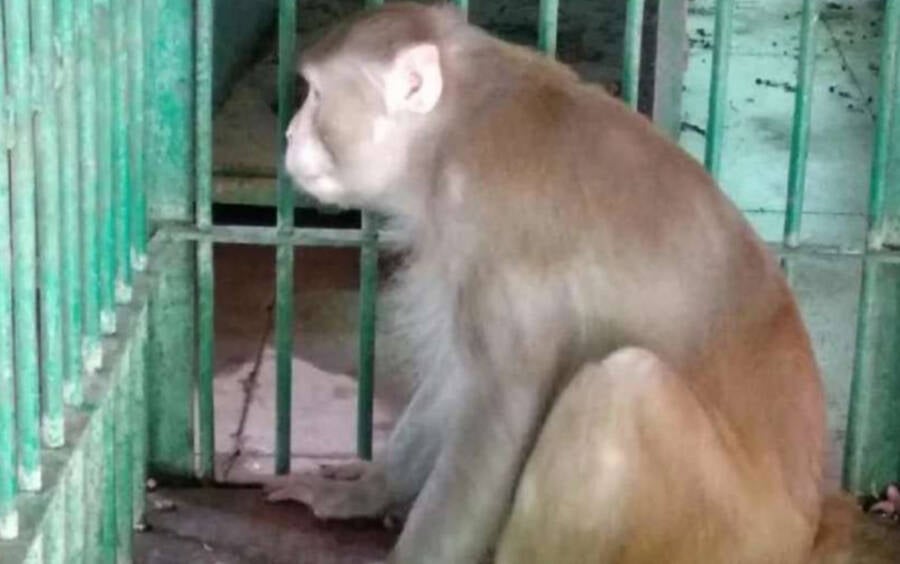 Kanpur Zoological ParkKalua has been designated to live the rest of his life in solitary confinement.

After years of being supplied with booze by his occultist owner, Kalua the monkey established a bit of a tolerance. Left alcohol-dependent and helpless when his owner suddenly died, the monkey went on a violent biting rampage, horribly injuring 250 people and leaving one of them dead.

According to Business Insider, the incident occurred in 2017 in the Indian city of Mirzapur. Once alerted to Kalua’s rampage, India’s forest and zoo teams rushed to control the situation.

After eluding trappers in the forests, the monkey’s frantic biting spree finally came to an end when authorities captured him — but only after hundreds of people were savagely bitten or mutilated.

Tragically, the six-year-old animal left some horrific injuries in his wake, including dozens of young children whose faces he ripped open with his fangs. Numerous people required plastic surgery after the attack, and one person died from their injuries.

According to The Daily Mail, Kalua targeted his victims based on height and appearance, preferring to attack women and young girls. He was taken to Kanpur Zoological Park in hopes of rehabilitation, but authorities have now officially deemed Kalua too dangerous and relegated him to a life behind bars. 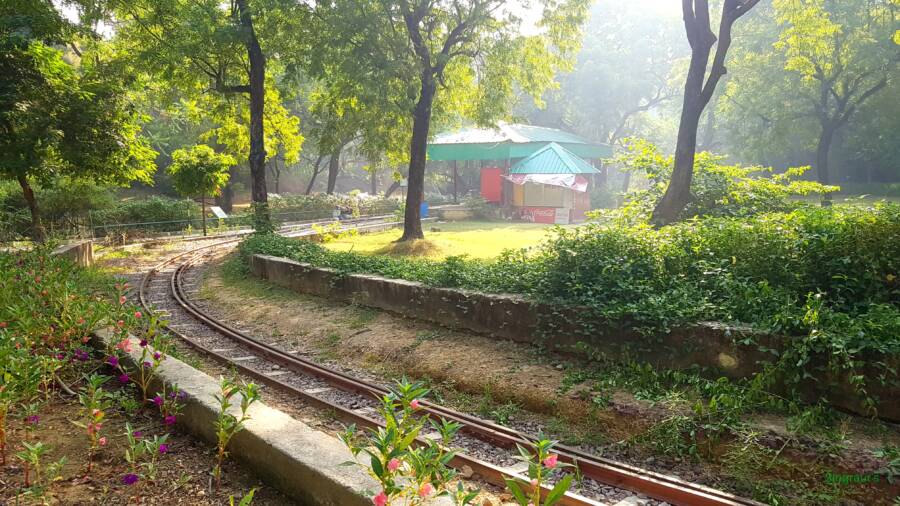 Wikimedia CommonsFortunately for Kalua, Kanpur is the largest zoological park in northern India.

“We kept him in isolation for some months and then shifted him to a separate cage,” said Kanpur Zoo doctor Mohd Nasir.

“There has been no change in his behavior and he remains aggressive as he was. It has been three years since he was brought here, but now it has been decided that he will remain in captivity all his life.”

Kalua’s addiction to alcohol was immediately apparent to the zoologists at Kanpur Zoo. What they hadn’t expected was his vehement aversion to vegetables. The authorities in charge believe Kalua was not only fed a steady stream of booze but an exclusively meat-centric diet as well.

According to The New York Post, the experts in charge are fairly confident that the sudden lack of meat had an impact on Kalua’s aggression just as the disappearance of his regular drinks. Even more disturbing, they believe it’s likely the food Kalua was given on a daily basis was monkey meat. 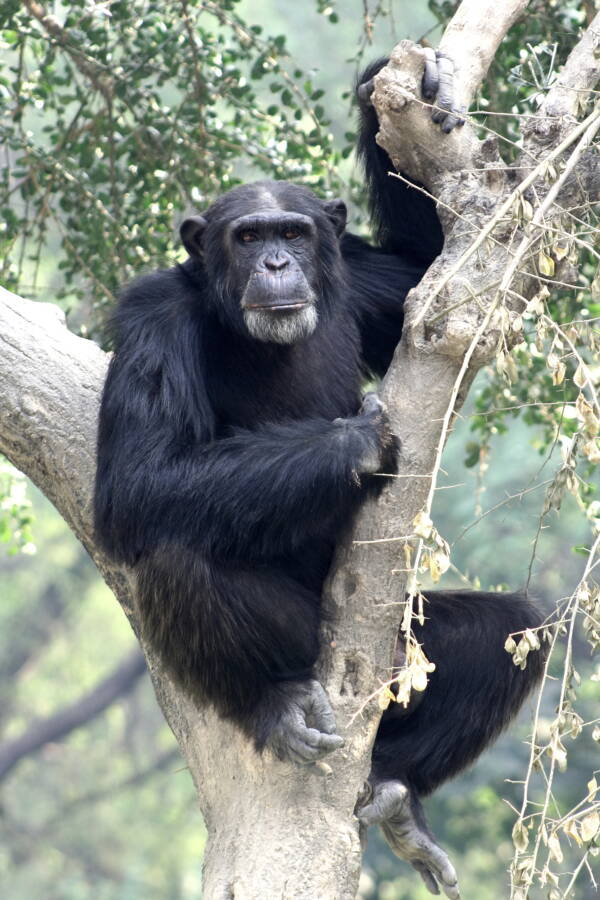 Wikimedia CommonsSadly, Kalua’s aggression hasn’t changed. He regularly attacks other monkeys, and won’t get another chance to socialize with Kanpur’s other inmates — such as this peaceful chimp.

Throughout the last three years, Kalua has purportedly attacked female zookeepers at a glaringly higher rate than males. The angry monkey has even regularly attacked his fellow monkeys whenever given the chance at life outside of isolation.

While it’s unclear how the occultist who owned Kalua died, and no specific details surrounding the man’s theological beliefs have been released, the monkey has clearly had trouble adapting to his new surroundings. Not even the cage keeper has gained enough trust yet to befriend the unwillingly sober monkey.

The decision to keep Kalua in solitary confinement comes a mere month after free-roaming monkeys in Meerut, near Delhi, barreled into the campus of a medical college and stole coronavirus-positive blood samples. The incident caused warranted concern in the community.

The stolen samples were lost, and a local official claimed that there was “no evidence” that monkeys in the area had transmitted COVID-19 to humans following the incident. As for Kalua, the hyper-aggressive simian seems to require thorough confinement to protect the greater public.

Hopefully, he’ll learn to play well with others in the near future, as solitary confinement takes an enormous toll — even for angry monkeys.

After learning about the drunken monkey named Kalua biting 250 people and killing one after his booze ran out, read about Chinese scientists successfully engineering smarter monkeys by giving them genes from the human brain. Then, learn about the Indian court that ruled all animals have the same rights as humans.