Karen Friedman Hill: The Wife Of The Infamous ‘Goodfellas’ Gangster

Karen Friedman Hill's transition from innocent teenager to hard-living wife of gangster Henry Hill is more dramatic than Goodfellas could ever depict. 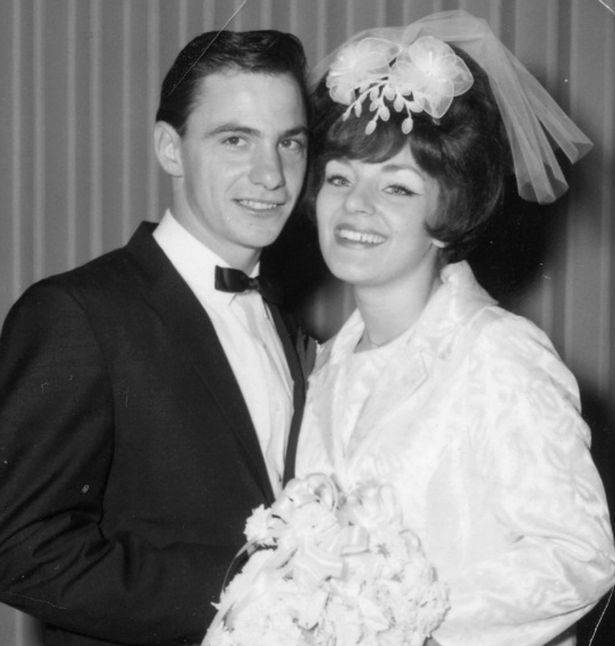 On the Run: A Mafia ChildhoodKaren Friedman Hill and Henry Hill on their wedding day.

In 1965, after Karen Friedman and Henry Hill — the notorious New York gangster whose life story was made famous by the book Wiseguy and subsequent film adaptation Goodfellas — had been dating for a few months, a neighbor of hers named Ted tried to force himself on her. She slapped him and he relented, angrily pushing her out of his car and driving away. Then she called Henry.

In a scene depicted with brutal accuracy in Goodfellas, Henry swiftly took revenge. Karen and Henry’s daughter Gina later described her mother’s account of the aftermath of the Ted incident in the memoir On the Run: A Mafia Childhood:

“My mom called my dad and he picked her up and drove her home, but instead of going into the house with her, he went across the street. He saw Ted in the driveway, grabbed him by the hair, pulled a gun out of his pocket, and pistol-whipped him. Pistol-whipped him! Then my dad came trotting back across the street, all sweaty and red, and gave my mom the gun and told her to hide it. Most girls would have been terrified, but my mom said she thought it was sexy.”

Perhaps this was the turning point for a soon-to-be gangster’s wife who started out as a nice girl from Long Island.

Born in 1946, Karen Friedman Hill came from a Jewish family living in the Five Towns area of Long Island. Little has been made public about her young life up until the point when she met Henry Hill.

It was 1965 and she was working as a dental hygienist when she met Hill on a double date as depicted in Goodfellas. But unlike in Goodfellas, Karen’s friend was seeing a gangster associate of Henry’s named Paul Vario Jr., the son of local crime boss Paul Vario, and not Tommy DeSimone, the inspiration for Joe Pesci’s character in the film.

Nevertheless, Henry and Karen had their date and, true to the film, things didn’t go smoothly. They didn’t initially connect but did make plans for a second date — for which Henry stood her up. However, they started clicking and, following a number of lavish dates after the initial fiascos, the two became a couple.

The pair eloped to North Carolina (where marriage requirements were less strict) in 1965 after having dated for just four months. Soon after, the couple held a Jewish wedding service in New York after Henry Hill converted to Judaism at the request of Karen’s parents (he later claimed that he never actually converted and only lied about doing so).

At the beginning of the marriage, Karen Friedman Hill was largely clueless about her husband’s illegal mafia dealings with the Lucchese crime family. Based on lies he’d told her, she thought he was a bricklayer and low-level union official. The ostensibly normal couple then started building a normal life and had two children, Gregg and Gina, soon after marrying.

Karen eventually got wise to her husband’s criminal activities, but rather quickly managed to overcome any reservations she may have initially had. In fact, she confessed to Gina that the glitz and glamour of the gangster lifestyle were what attracted her to Henry. As Gina wrote in the On the Run: A Mafia Childhood, “One day she’s a dental assistant from a middle-class family on Long Island, and the next she’s sipping from a bottle of champagne that Sammy Davis Jr. sent to Dad’s table at the Copa.”

“She tried to explain it to me. She said, ‘He could go places. He had money. He was an action guy. There I was, going out with little schmendricks. They were going to be accountants. If we were lucky, we’d go to Chinese food in the mall. With Henry, I would go to the Copa. And I would have a ringside table. And people always looked and me and thought, ‘Who is she?'”

Karen indeed accepted the perks of her husband’s dangerous lifestyle and relished the “brand-new Buick Riveras” in the driveway and the “closets bursting with new clothes.”

Meanwhile, she started using large amounts of the cocaine that Henry was both using and selling. According to Gregg and Gina, Karen and Henry would have people over to their house for wild, cocaine-fueled parties during which partiers would have sex in plain sight, use Gina’s Miss Piggy mirror to do cocaine, and sometimes even offer the kids a snort.

But soon, Karen Friedman Hill’s party started to come to an end.

Things took a turn for the worse when Henry was sentenced to ten years in prison for extortion in 1974, leaving Karen to fend for herself with no help from Henry’s gangster associates. She later recalled, “I’ve read about how these guys take care of each other when they’re in jail, but I’ve never seen it in life. If they don’t have to help you, they won’t.”

What’s more, Karen quickly came to realize that there were even worse things than being ignored by her husband’s underworld associates. While Henry was in jail, Tommy DeSimone reportedly beat up and attempted to rape Karen, according to Henry’s memoir Gangsters and Goodfellas. Henry gave few details about the allegation and states that he didn’t find out about it until long after the fact. 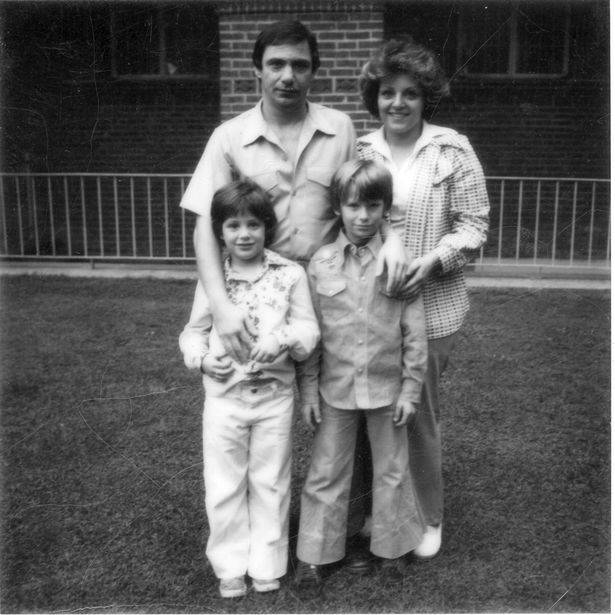 Meanwhile, however, Karen Friedman Hill was actually having an affair with Paul Vario while Henry was in prison. And Vario did not take kindly to DeSimone’s attempted rape. This, along with several other unauthorized murders carried out by DeSimone, caused Vario to have him killed in 1979.

The following year, authorities busted Henry for drug trafficking. Karen’s own role in this operation remains debatable, but as the film depicts, she did indeed help Henry hide drugs from the police at the very least.

Regardless, in order to save his own skin, Henry then agreed to testify against his former associates and leave the life of organized crime behind.

In order to protect Henry, Karen, and their children from the vengeance of the mafia, the government placed all of them in the Witness Protection Program. The entire family received new identities and were shipped off to Omaha, Neb. As Gregg later recalled, “our lives as we’d known them officially ended. Gregg and Gina Hill had ceased to exist…We were sent far away, someplace we’d never been or even imagined…to start over with nothing but fake names and everything to hide.” 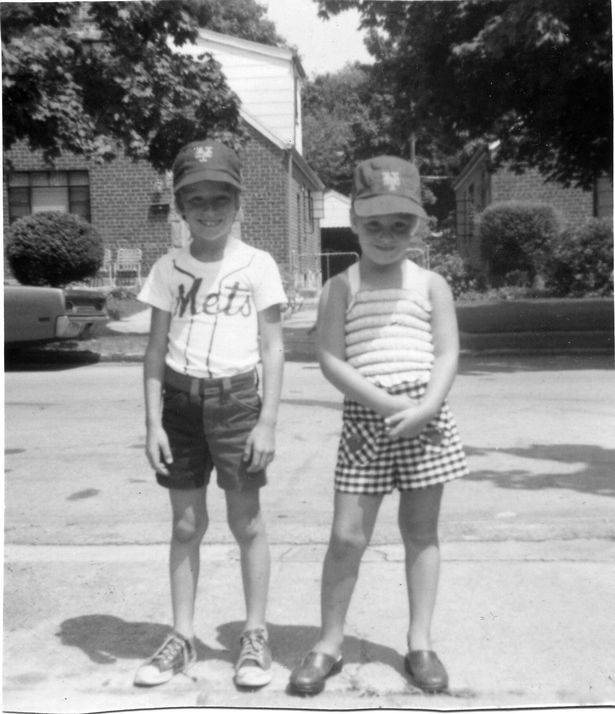 On the Run: A Mafia ChildhoodGregg and Gina Hill as Children

The move to Omaha was the beginning of a life on the run for Karen Friedman Hill. Due to the fact that either Henry’s old associates were close to tracking him down or that Henry had committed some sort of criminal act, authorities relocated the family several times throughout the 1980s and early 1990s, at which point they were finally expelled from the program thanks to Henry’s criminal indiscretions.

Karen Friedman Hill and Henry Hill separated in 1989 but weren’t officially divorced until 2002. In the meantime, both made separate lives for themselves outside of the Witness Protection Program and never did suffer retribution for Henry’s testimony.

Henry, who’d bounced around across the U.S. and ultimately landed in southern California, died of complications related to heart disease at the age of 69 in 2012. All the while, Karen has been living under an assumed name and the details of her current life are not public.

Just like her late ex-husband, Karen must now live out her days in exile from the people, places, and lifestyle she once found so glamorous.

After reading about Karen Friedman Hill, discover the true stories of other real-life Goodfellas like Billy Batts and Jimmy Burke.