After Kathleen Peterson died after falling down a staircase in 2001, her husband was convicted of her murder — but did Michael Peterson really kill his wife? 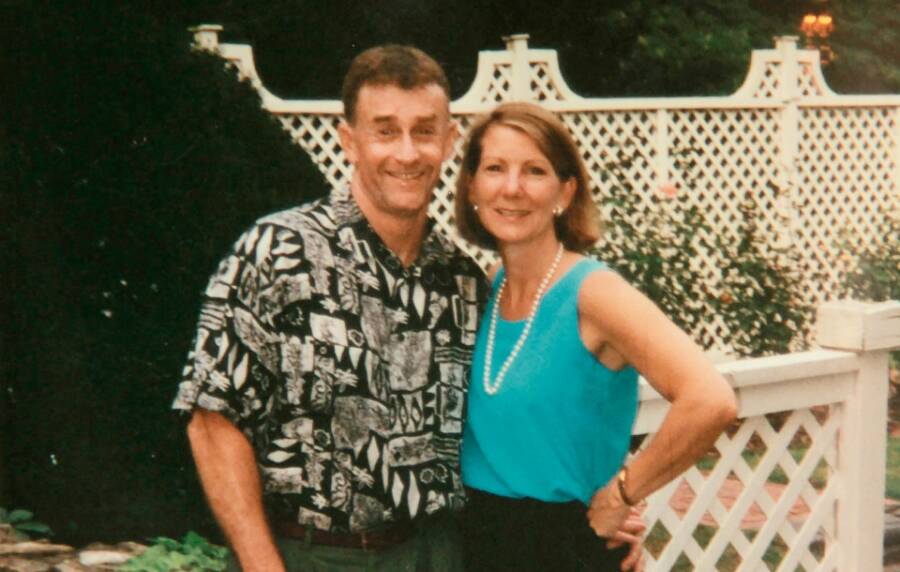 NetflixKathleen Peterson and Michael Peterson in an undated photograph.

On December 9, 2001, Michael Peterson found his wife, Kathleen Peterson, dead at the bottom of the back staircase in the 11,000-square-foot mansion that they shared with their children in Durham, North Carolina. She was lying in a dried pool of her own blood.

A forensic analysis showed that she had been lying there alive for hours before Michael called 911 around 2:40 a.m. He claimed he found her after lingering outside for several hours after dinner, but the police soon arrested him, and he was found guilty of Kathleen’s murder in 2003.

However, Michael Peterson was released from prison to serve house arrest in 2011 after a judge found that a witness had misrepresented facts at the trial. And since 2017, he has been a free man after his charges were reduced to manslaughter and he was released on time served.

But despite a 10-part Netflix documentary about Kathleen Peterson’s death and now an HBO miniseries called The Staircase, starring Colin Firth as Michael and Toni Collette as Kathleen, the circumstances surrounding her fall remain a mystery. And one intriguing theory involving an owl suggests that it may not have been a murder at all.

What Happened To Kathleen Peterson? 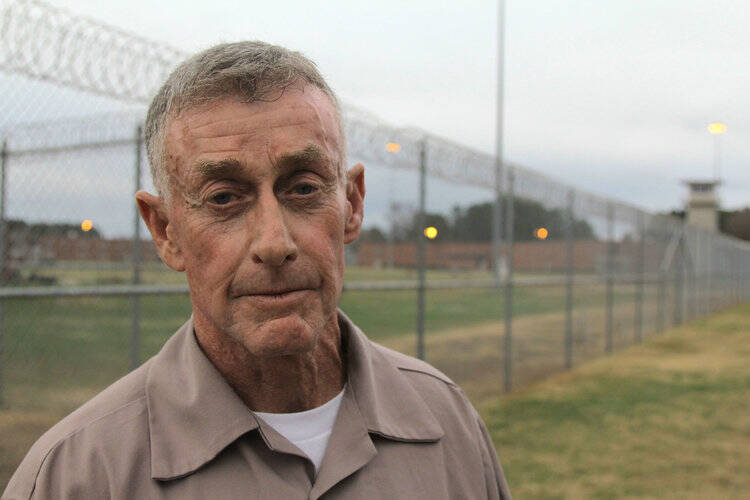 Kathleen Hunt was born in Greensboro, North Carolina, on February 21, 1953. She was a successful student and was the first woman admitted to Duke University’s School of Engineering in 1967, where she earned her bachelor’s and master’s degrees and met her first husband, physicist Fred Atwater.

Kathleen and Fred married in 1977 and had a daughter, Caitlin, but they divorced after she discovered his affair. Shortly afterwards, Peterson, then still Kathleen Atwater, moved to Durham, North Carolina, and met Michael Peterson, a local novelist and occasional columnist for The Durham Herald-Sun who had served in Vietnam with the Marines.

Although Michael was still married with four children of his own, the new couple merged their families in 1987. Kathleen’s career as a telecommunications executive was thriving, and Michael had received a half-million-dollar advance on a book deal. In 1992, they bought a 14-room mansion on three acres in the Forest Hills neighborhood.

By 1997, Michael had finally divorced his wife, and he and Kathleen officially married. Over the years, there had been some tense moments over money and Michael’s mayoral election bid, and the two frequently fought and made up. But nothing could have prepared the family for what would happen shortly before Christmas in 2001.

Around 2:40 a.m. on December 9, 2001, Michael Peterson called 911 to report finding Kathleen at the bottom of the back staircase in their million-dollar mansion. He told the operator she was still breathing. But by the time paramedics arrived, they couldn’t find a pulse.

He told police she may have fallen after mixing alcohol and Valium but was unsure because he was outside when she fell. Toxicology showed a blood alcohol content of 0.07 percent, just under the legal limit, and blood concentration of Valium consistent with a therapeutic dose. But the autopsy also revealed she sustained several lacerations on her head “as a result of beating” and died from blood loss hours after she fell.

Soon, the investigation looked inward at Michael as more of their personal life came out. Within days, the police arrested Michael Peterson, and prosecutors charged him with first-degree murder.

Inside The Trial Of Michael Peterson 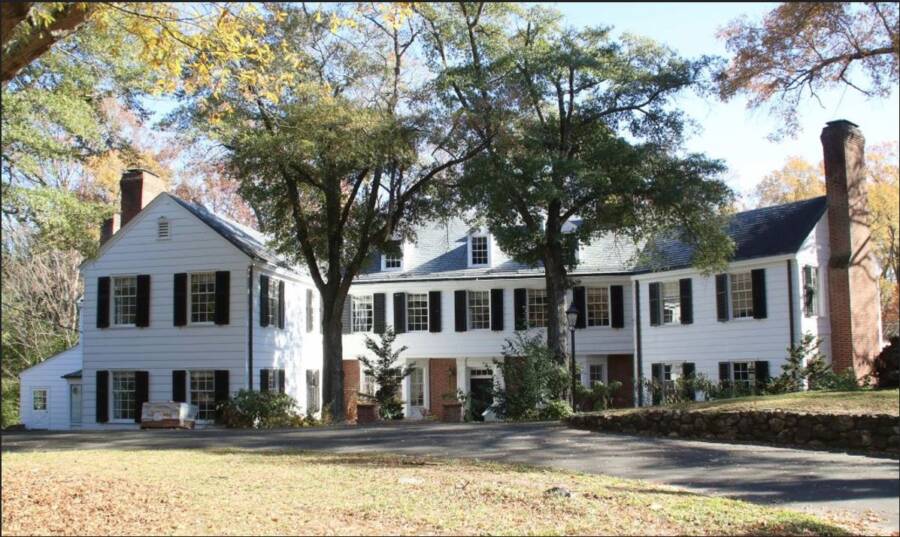 Durham County Tax AdministrationThe exterior of the Peterson home in 2017.

During the trial, evidence suggested she was hit with a fire poker after a heated argument about Michael Peterson’s closeted sexuality. Evidence was found of Peterson soliciting male escorts and was paying for sex when Kathleen was murdered.

Though it is unknown how Kathleen may have felt about Michael’s bisexuality, the prosecution argued that she would not have tolerated his infidelity. She divorced her first husband for his own indiscretions years before, and they said it is unlikely that she would have felt differently about Michael’s own cheating. This, they said, led to a heated argument that ended with Michael pushing Kathleen down the stairs.

In response, the prosecution also argued that the motive could have been money. The Petersons were heavily in debt, owing over $100,000 in credit debt. It was revealed during the trial that Kathleen was the only owner of their mansion and car and that Michael may have been enticed by her $1.8 million life insurance policy.

Kathleen’s company, Nortel, had a mass-firing, and the couple worried she might also lose her job, leaving the pair without a source of income to maintain their lifestyle. Her life insurance would have ensured Peterson would be able to maintain his public persona.

On October 10, 2003, the jury found Michael Peterson guilty, and the judge sentenced him to life in prison without parole. After several appeals, he entered an Alford plea — meaning a defendant acknowledges that the prosecution has enough to convict them but maintains their innocence — in 2017 to have his charge reduced to manslaughter.

The judge resentenced him to 86 months, and Michael Peterson was released with time served. What has yet to be determined was exactly how Kathleen met her demise. 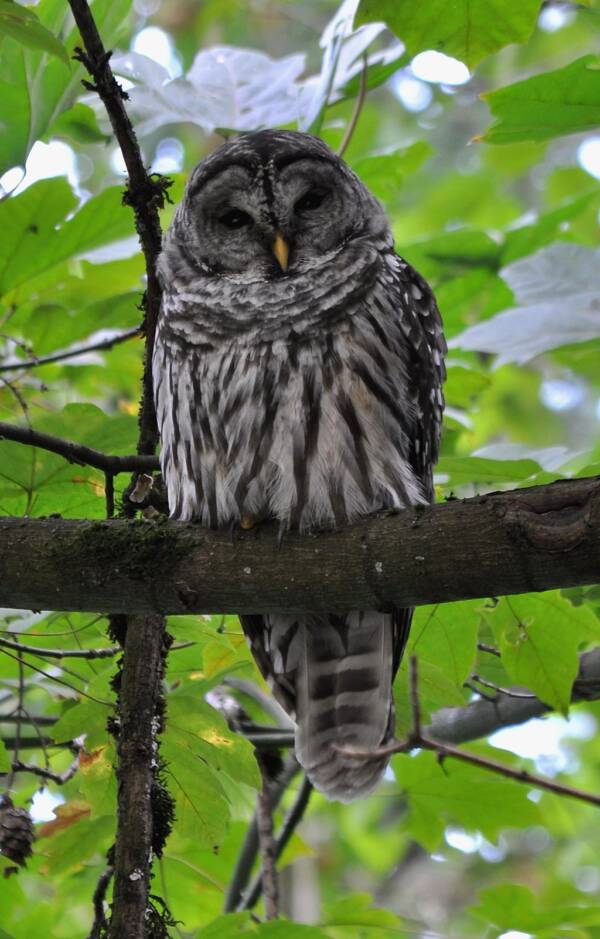 Wikimedia CommonsIt has been theorized that a Barred Owl attacked Kathleen.

During one of Michael Peterson’s appeals, an unusual theory emerged about Kathleen Peterson’s death: she was not murdered at all, but died after being attacked by a barred owl.

The theory, left out of the 2018 Netflix documentary The Staircase, posits that the lacerations found on Kathleen Peterson’s scalp were caused by the talons of an owl that attacked her outside. Then, she stumbled indoors and, disoriented, fell down the stairs and was knocked unconscious, unable to call for help.

According to Cosmopolitan, barred owls are native to the area and known to attack joggers with some frequency. And a 2009 forensic analysis detailed traces of wood splinters and cedar needles in her hair, along with microscopic bits of feather. The report also noted that she had been found holding clumps of her hair when she died.

Still, experts could not say with certainty that this was her cause of death. And some believe that Kathleen Peterson died of simple, malicious negligence — that Michael chose not to help Kathleen after an accidental fall.

Others theorize that one of Michael Peterson’s sons may have killed her out of jealousy or that a tree branch may have been the actual murder weapon.

Though one of their sons was at the scene before police, and the tree branch would have been easy to dispose of and could explain the needles and feathers, many of these and other theories do not have enough evidence to hold up to scrutiny.

As the story is once again brought to living rooms across the nation with HBO’s dramatized telling of The Staircase, Kathleen Peterson, the scholar, mother, and advocate, may finally get the attention she deserves.

After learning about the mysterious death of Kathleen Peterson, read the shocking story of Dalia Dippolito, whose murder-for-hire plot to kill her husband was caught on camera by police. Then, learn about Susan Powell, who warned her family her death might not be an accident.