"I was really concerned there wasn't a lot of media coverage and not a lot of people donating," said Kaylen Ward of her bold campaign that raised a huge sum in mere days. 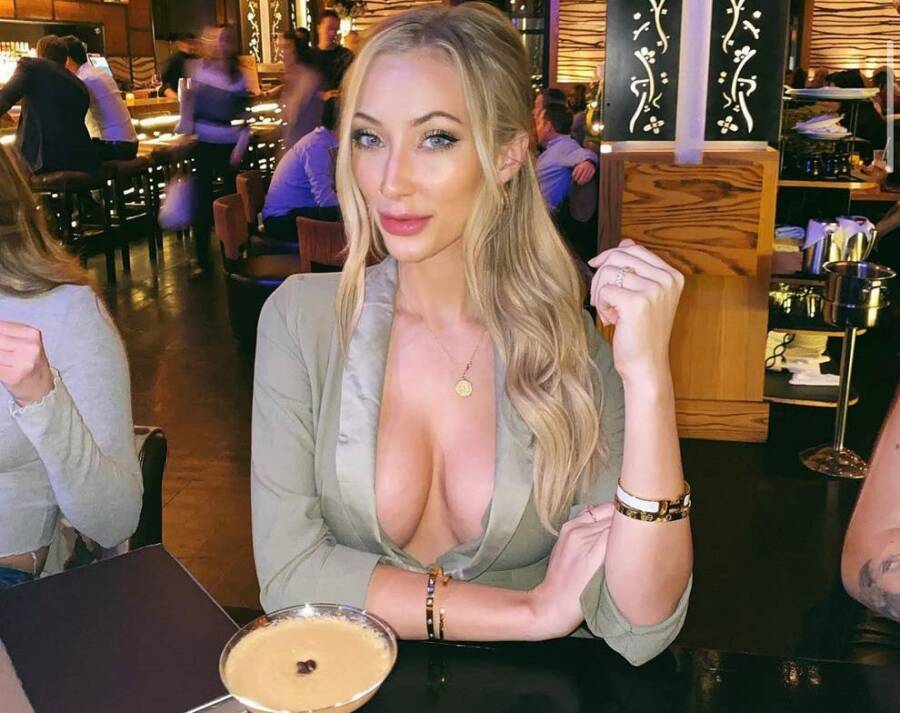 The bush fires that have continued to ravage Australia since October have become a global concern. At least 136 fires still burn across the country’s New South Wales territory and have spread to every state.

While many are concerned about the fires and have voiced their sympathy online, one model has taken matters into her own hands by raising funds for the fire relief by offering nude photos of herself to anyone who donates money to relief efforts.

While unconventional, the stunt was certainly lucrative.

According to Buzzfeed News, 20-year-old model Kaylen Ward, who is based in Los Angeles, first tweeted about her campaign on January 3, stating that anyone who donated $10 to one of several Australian charities working to combat the bush fires would get a nude photo of her in their DMs.

All one needed to do was send Ward a receipt proving they’d made a donation and their inbox would be graced with a racy portrait of her.

“I was seeing all the posts on Twitter about the Australian fires and I was really concerned there wasn’t a lot of media coverage and not a lot of people donating,” Ward explained of the inspiration behind her stunt.

Ward said she had expected to raise about $1,000, but so far the young model has successfully raised a reported $700,000 in just a few days.

Her “naked for good” campaign has flooded her Twitter inbox with donation receipts. Ward has since had to hire a team of four to help her to sift through the thousands of messages.

The campaign has received mixed reactions and has unsurprisingly attracted some of the worst humans online. Some people have tried to take advantage of the offer by stealing receipts from others.

Meanwhile, internet trolls have jumped on the chance to create fake Instagram accounts under her identity. To make matters worse, Ward’s charity has also caused her to lose support from her own family.

But it does appear that the model has received overwhelmingly positive support for her philanthropy.

In addition to her concerns over the environmental and humanitarian devastation caused by the fires in Australia, Ward was inspired to take action because of her own experience suffering from a climate-related disaster.

As a California resident, Ward’s family was one of the hundreds of thousands of people who were forced to flee the horrific 2018 Carr fire which killed eight people and destroyed 200,000 acres of land, making it the sixth most destructive wildfire in the state’s history.

Ward’s family took refuge on a houseboat for several days. Although the family was fortunate to find their house had survived the disaster, many of their neighbors weren’t so lucky.

“I got to see firsthand how many people were affected,” Ward told Buzzfeed. 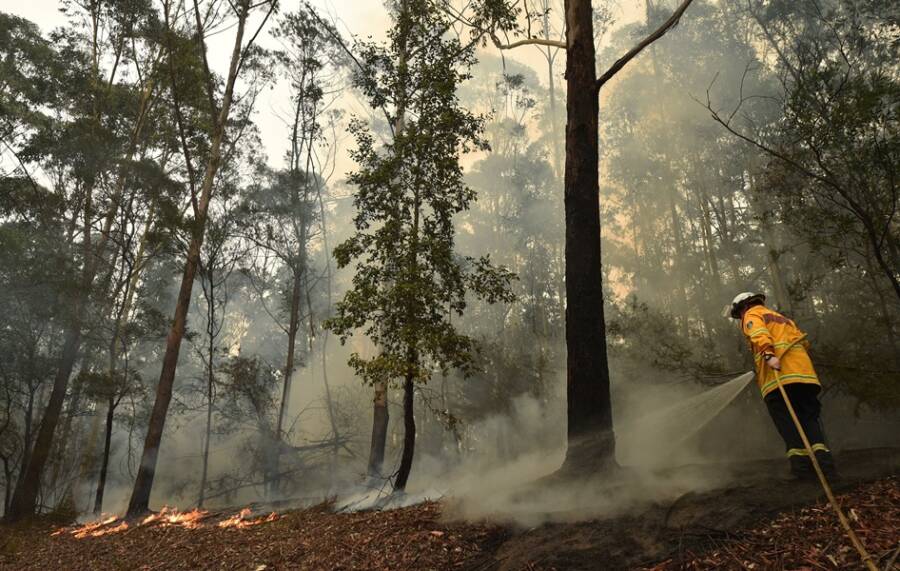 Peter Parks/AFP via Getty ImagesA firefighter tackles a bush fire in Australia. So far, 24 people have reportedly been killed while various wildlife species have been harmed.

Kaylen Ward posted a screenshot of her shuttered account over the weekend in which Instagram claimed she had posted “sexually suggestive content” in violation of the platform’s guidelines.

But the model, who has since cheekily rebranded herself on Twitter as “The Naked Philanthropist,” denied she broke any rules on the photo-sharing platform.

“My IG got deactivated, my family disowned me, and the guy I like won’t talk to me all because of that tweet,” Ward posted online. “But fuck it, save the koalas.”

Next, watch as a daring Samaritan literally rips the shirt off her back to rescue a koala trapped among the fires in Australia. Then, discover the daunting satellite images that captured the Arctic burning.