Artist Keng Lye uses resin to bring the ocean's most exotic denizens right to you. 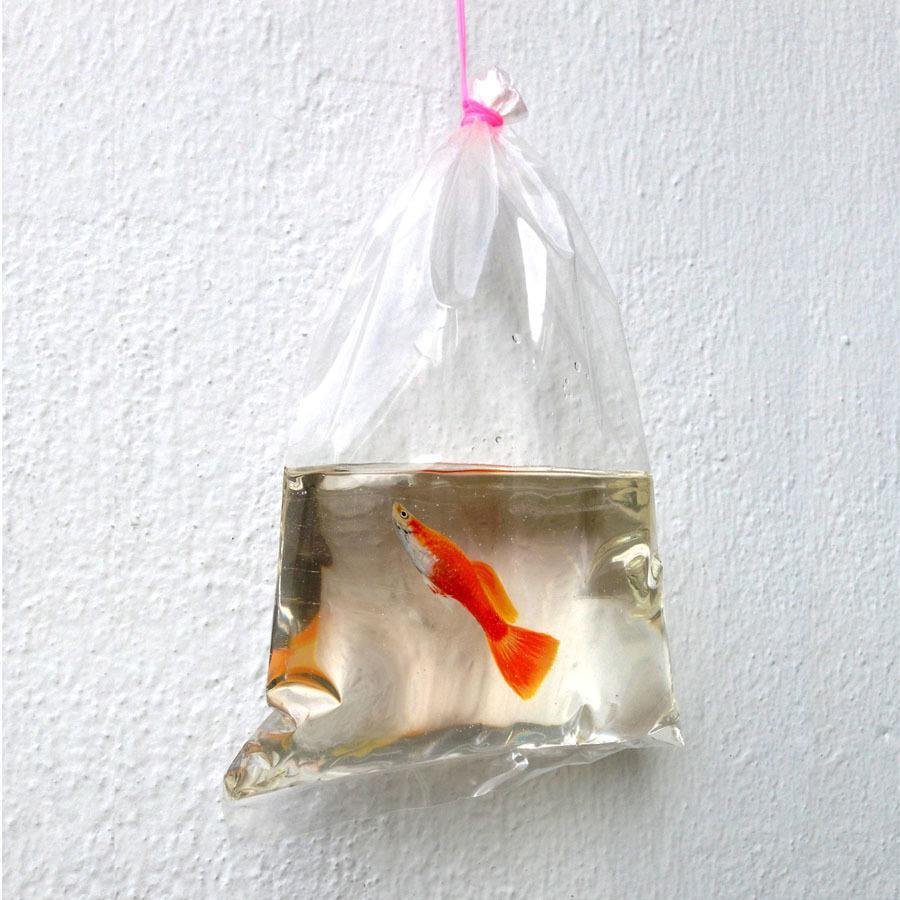 At first glance, this fish seems pretty unremarkable. But upon closer inspection, it gets more interesting, since it’s really part sculpture and part painting. (Actually, inspect it all you like; it’s still going to look like a real fish.) Singapore-based artist Keng Lye manages to give aquatic life just as much grace as nature, and has been creating an entire series in his hybrid art form of resin painting, which accentuates the beauty of colorful sea creatures while also hinting at deeper questions about life and death. 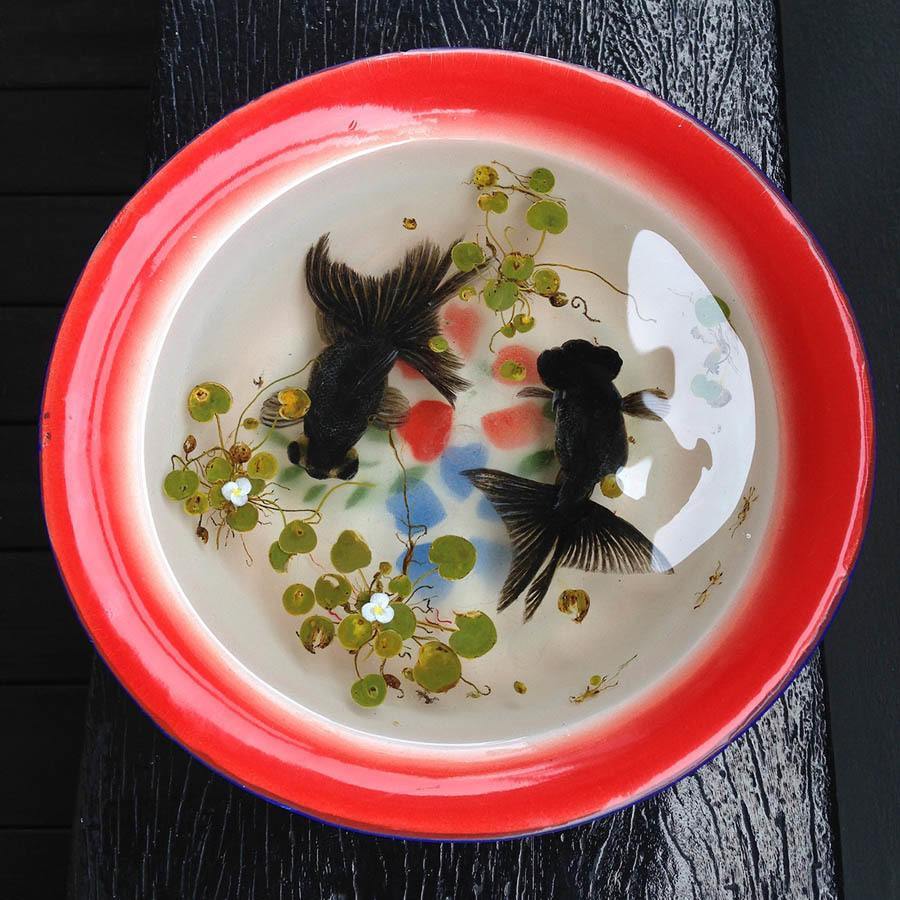 Lye graduated from Singapore’s Nanyang Academy with a diploma in graphic design, and started his own graphic design company back in 1995. He decided to make a life-altering decision to pursue resin art in 2011 – after he discovered a different artist in the same discipline named Risuke Fukahori. Lye’s inspiration for his resin fish series is based on nostalgia; re-creating the aquatic life he used to catch as a kid. 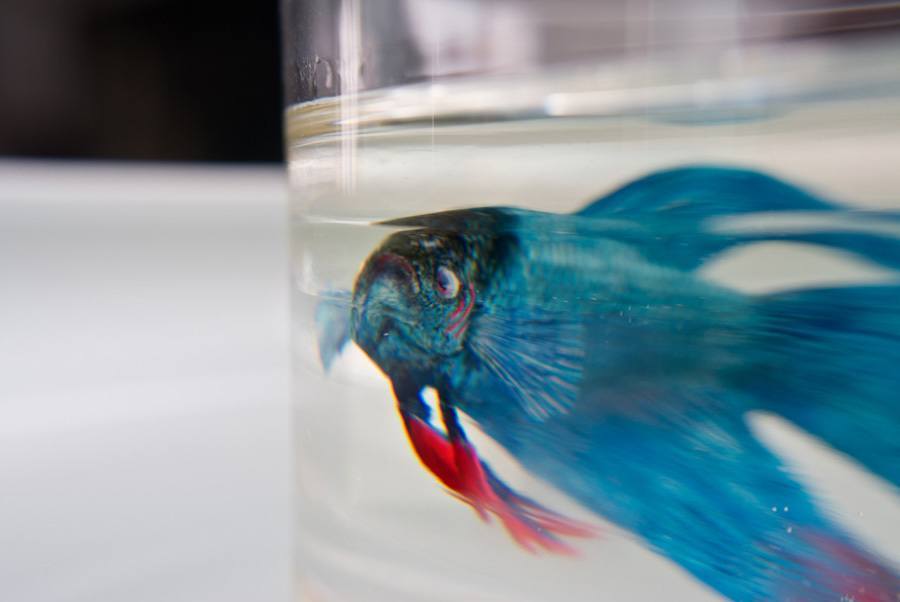 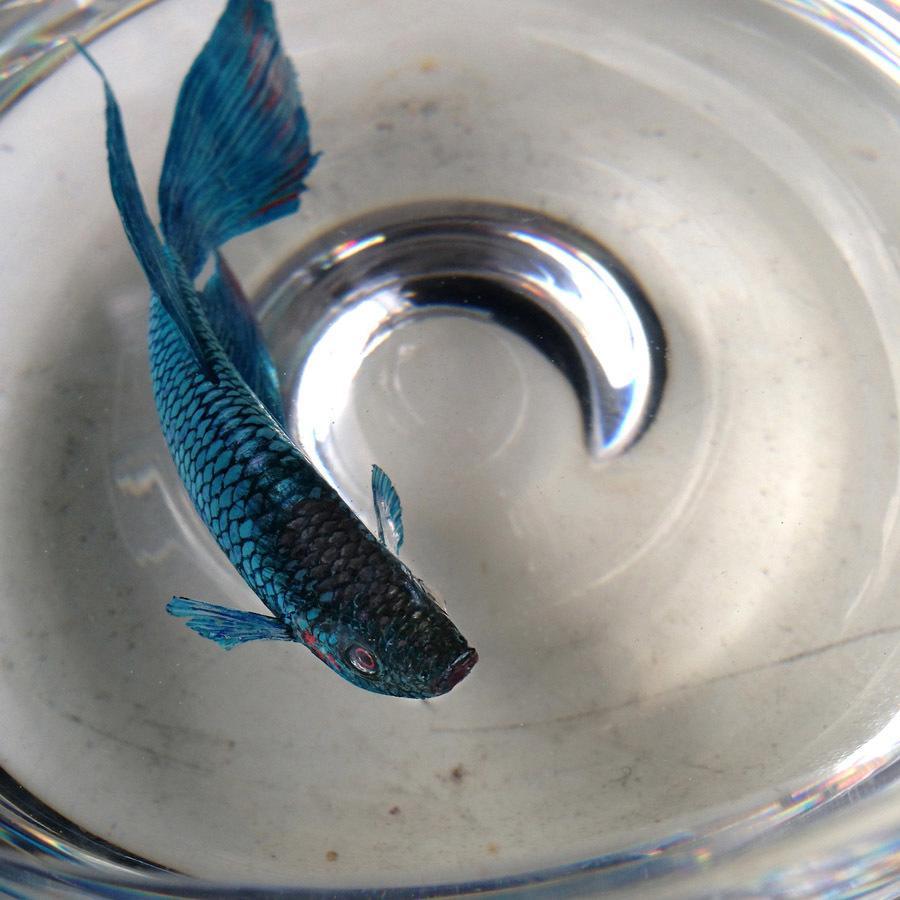 Lye’s delicate fish paintings make use of resin, which is a clear material used for sculpting. It can be poured in layers. Once hardened, Lye carefully paints each layer of his subject onto the resin. The amazing finished product doesn’t look like a painting at all; but rather a living, breathing three dimensional fish. 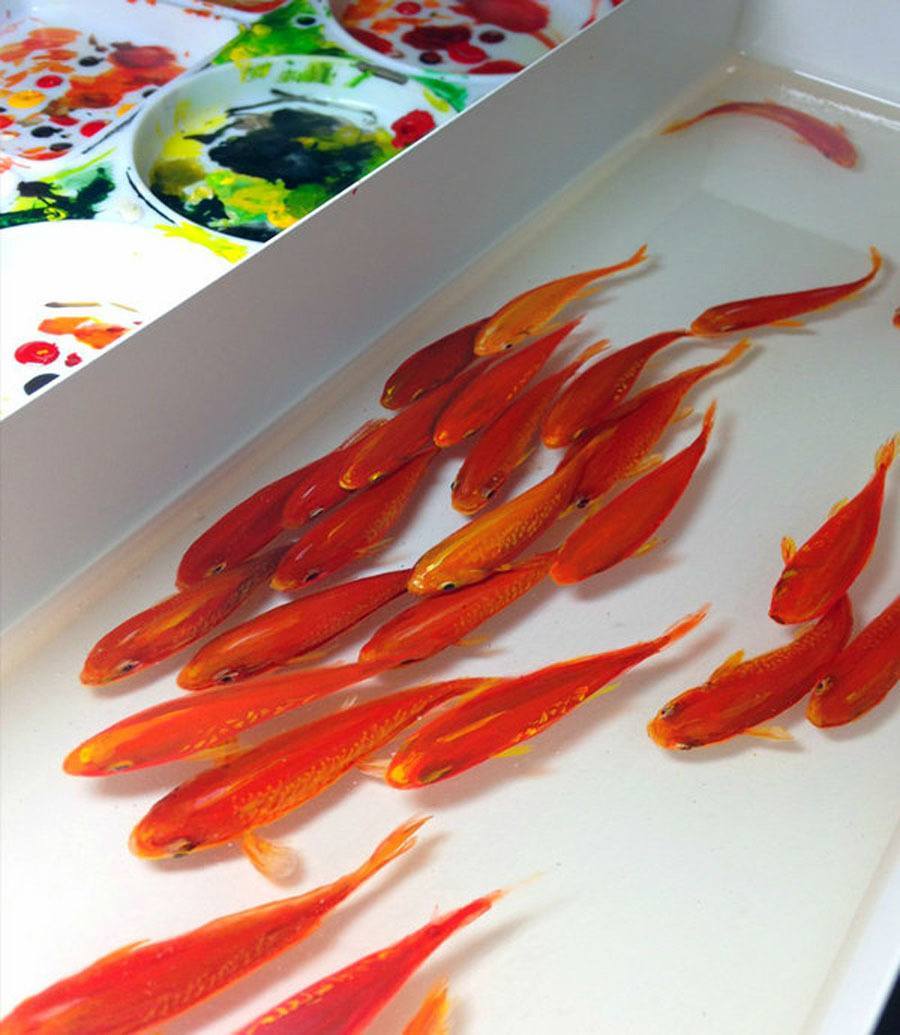 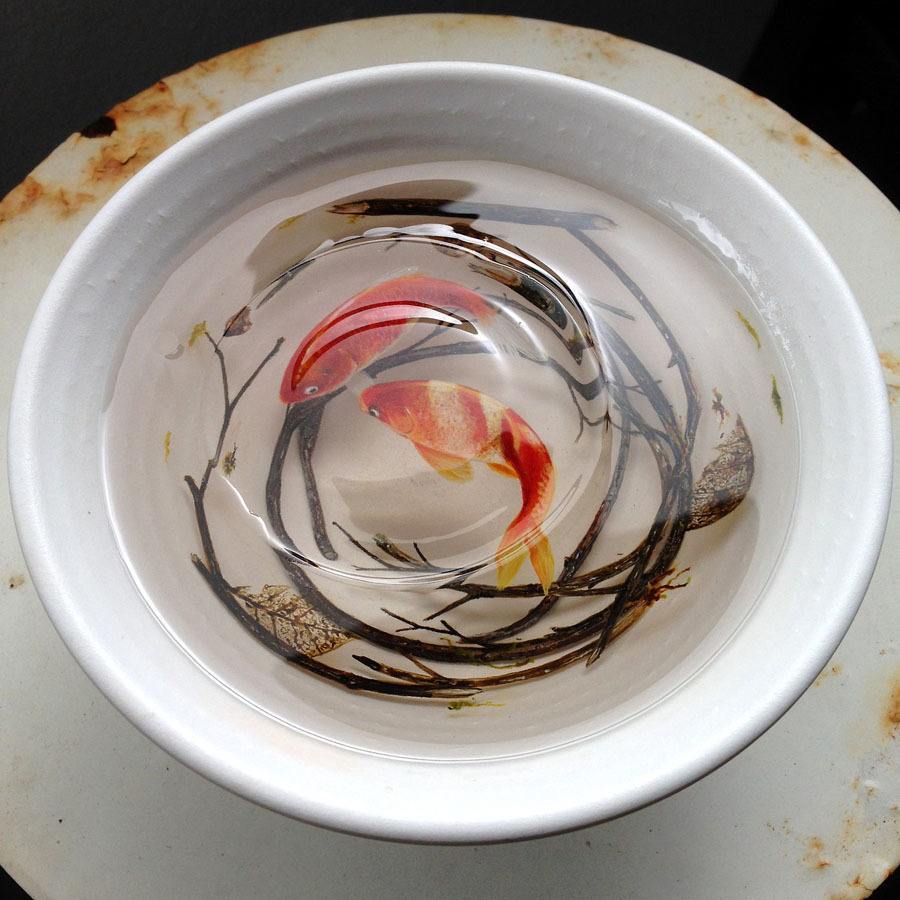 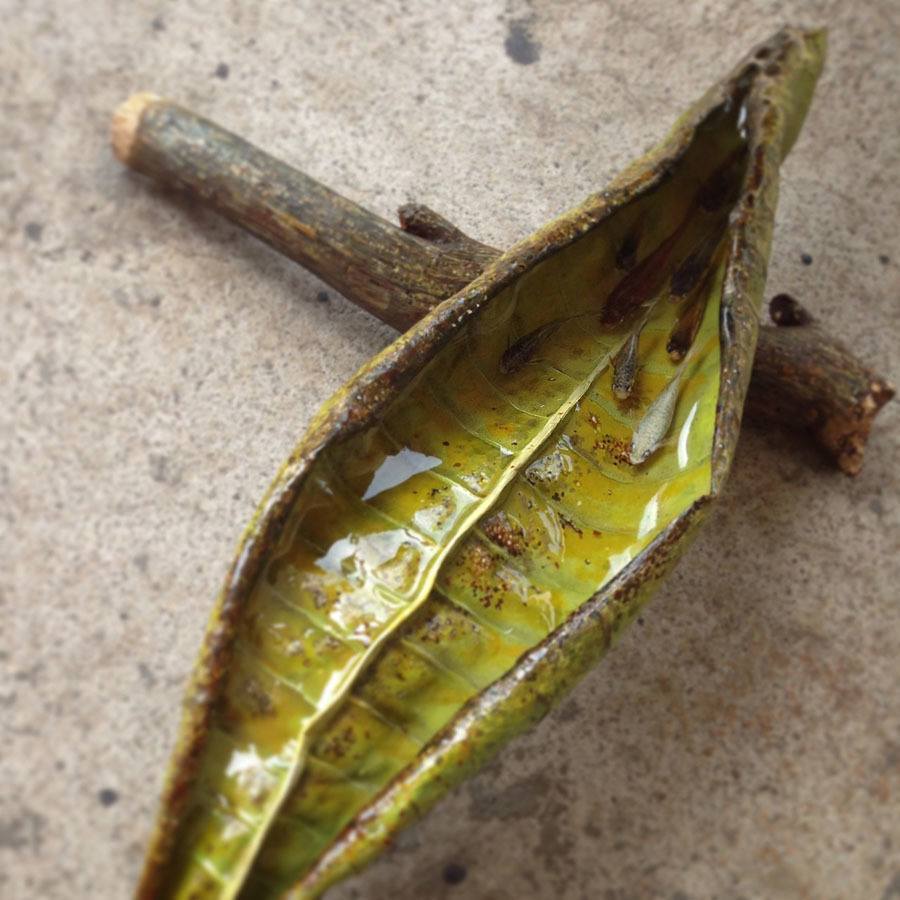 This piece is titled “Life in Death.” In the very top crevice of the dead leaf, you can see little fish swimming about. While the meaning behind this work is heavily implied through the title, his other pieces may take a bit more thinking or imagination to truly “get”. Even if you don’t want to devote too much time to thinking about the pieces, they give you a lot to chew on aesthetically. 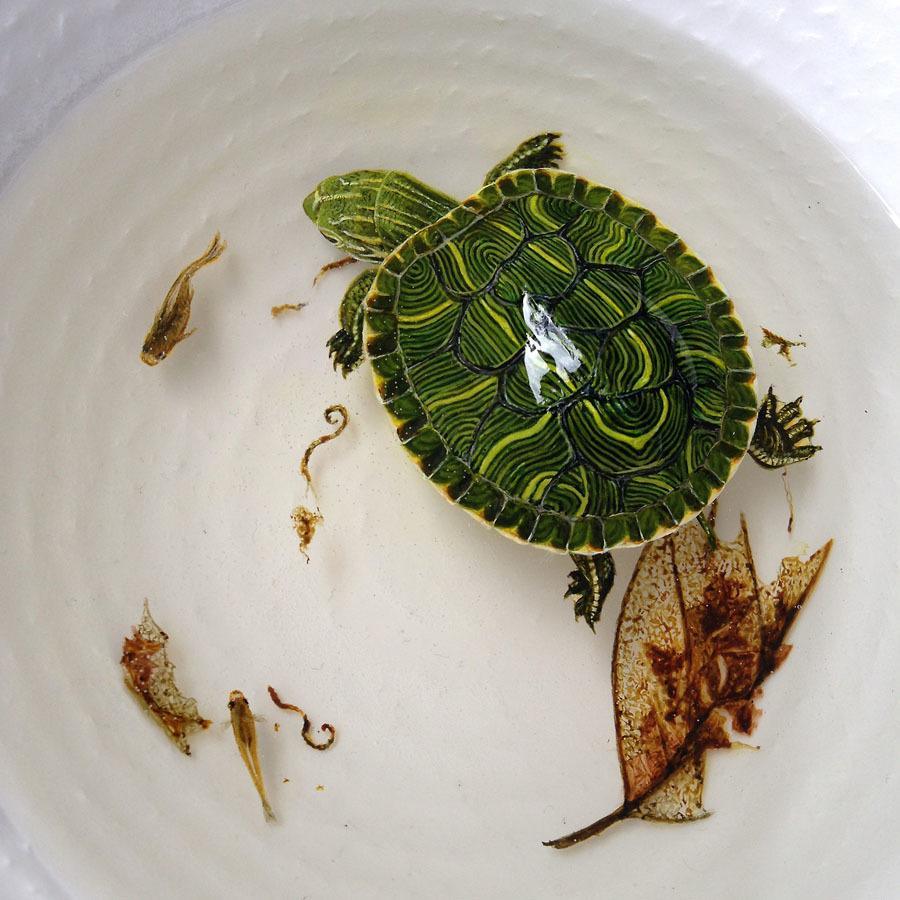 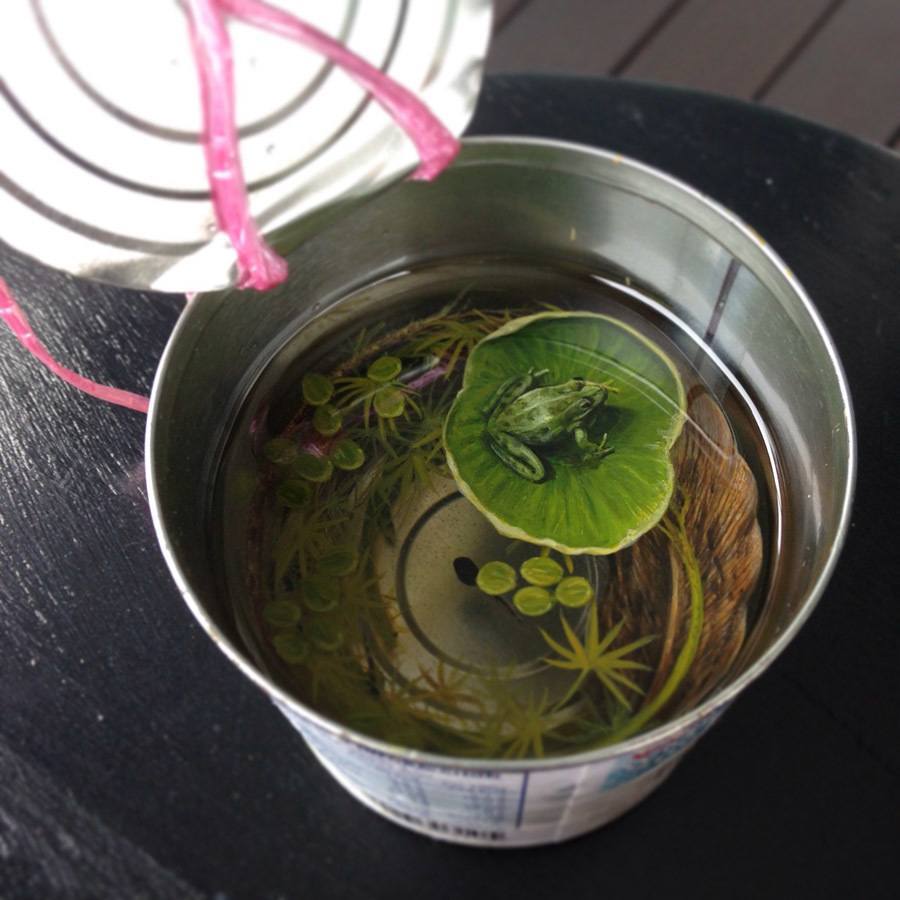 While Lye is certainly talented at painting small fish, he also paints a variety of other aquatic creatures which are just as beautiful and realistic as their fish counterparts. He’s created – in his signature style -painted turtles, octopi, frogs, and even shrimp. 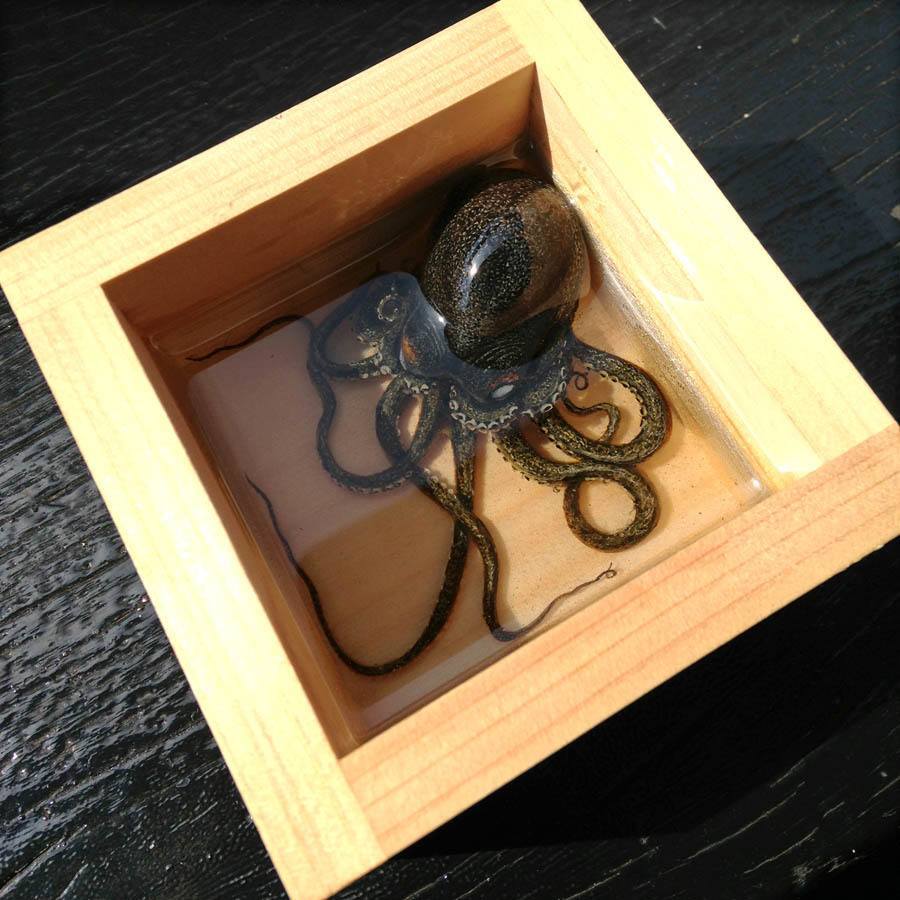 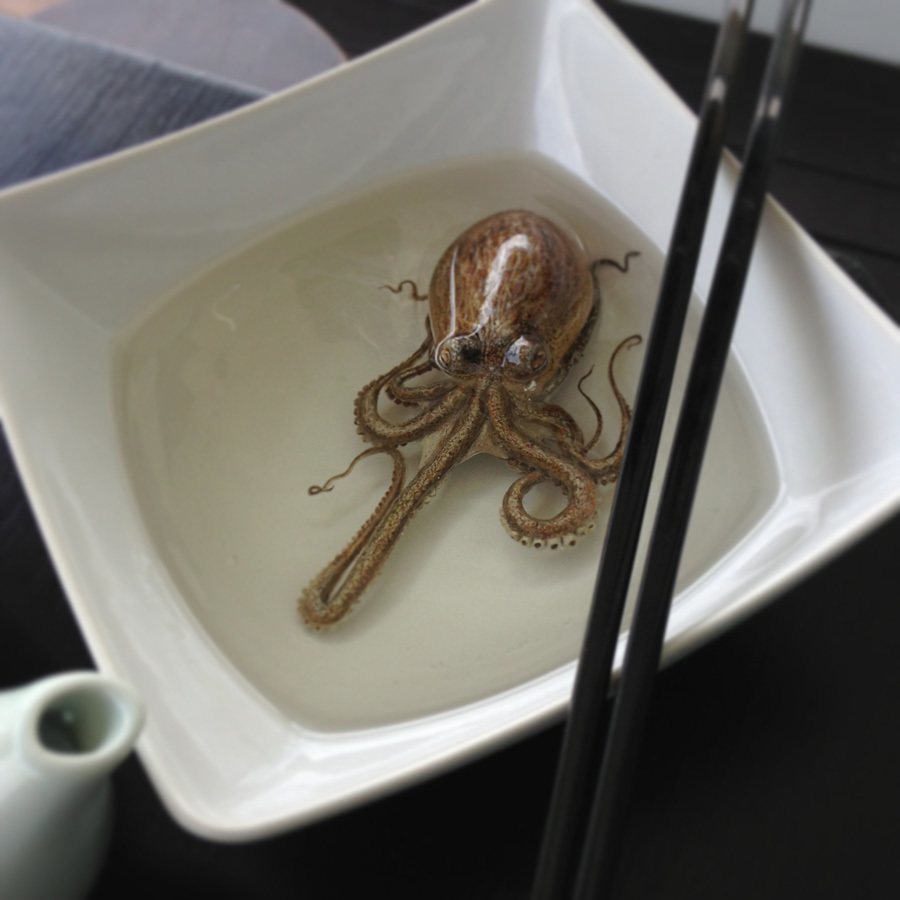 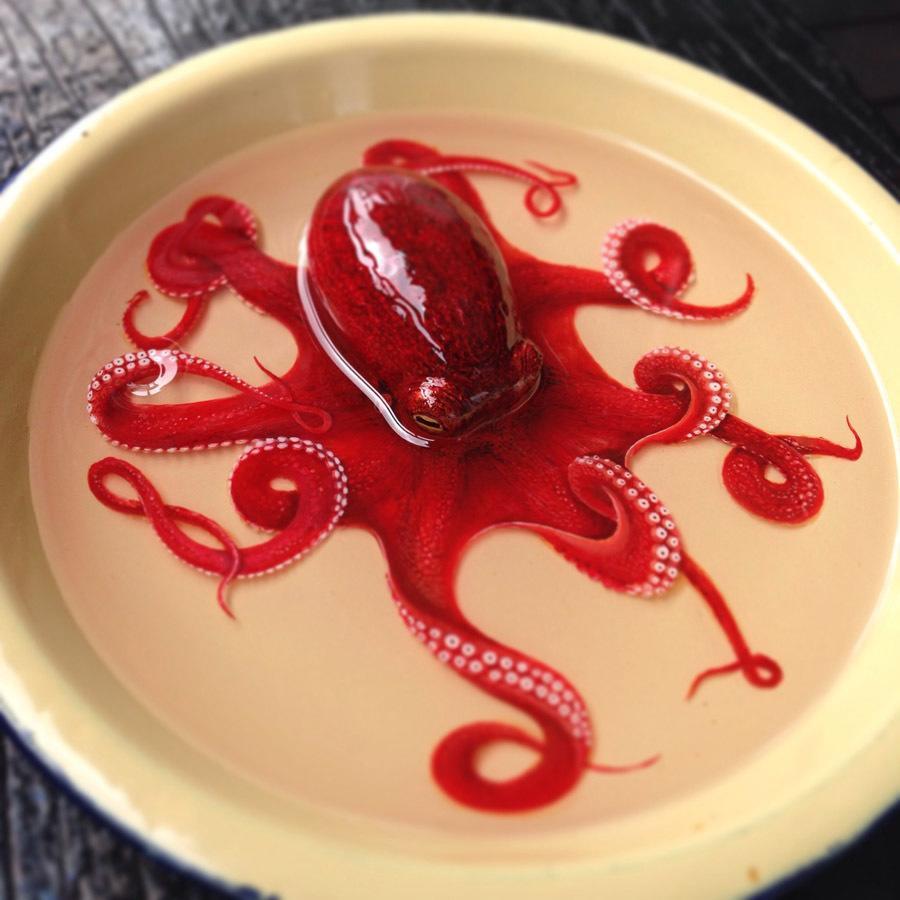 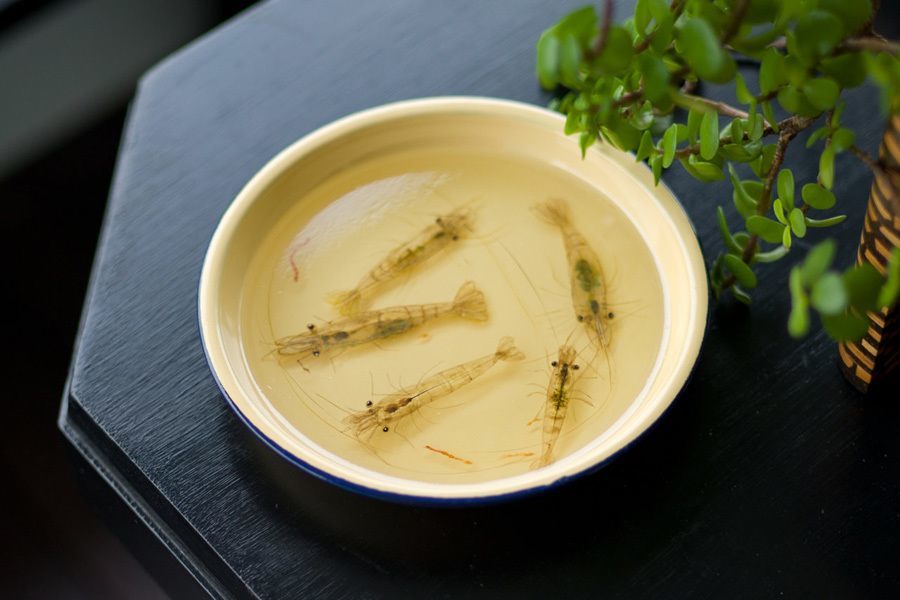 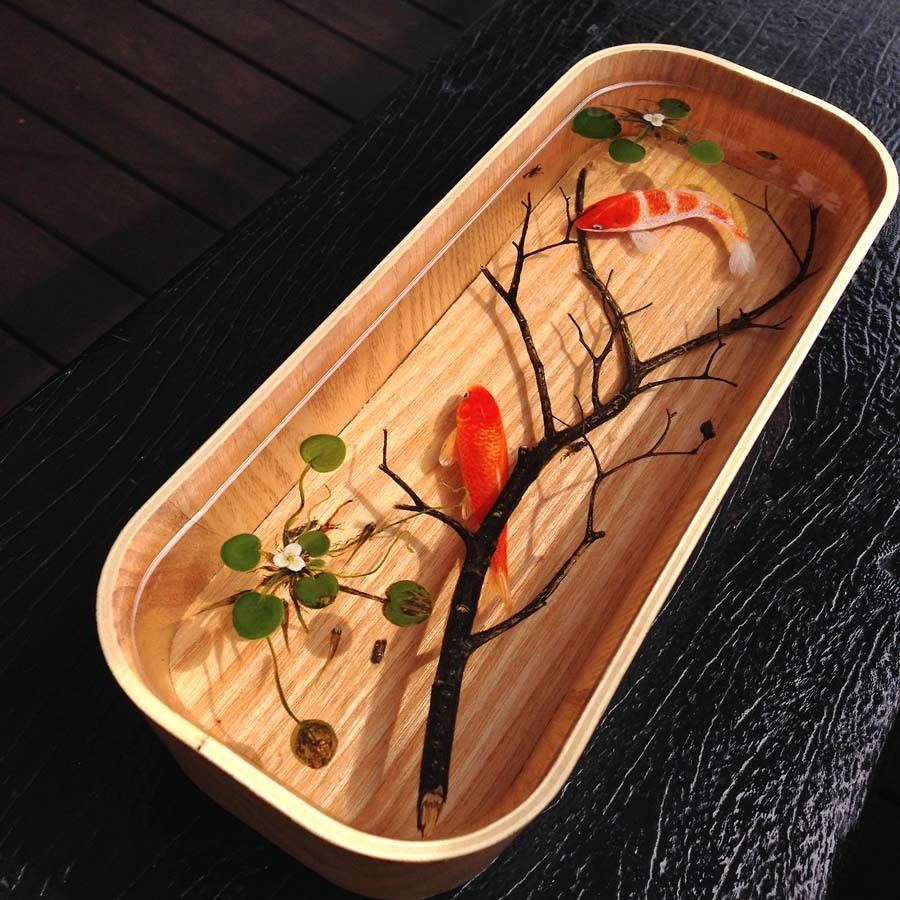 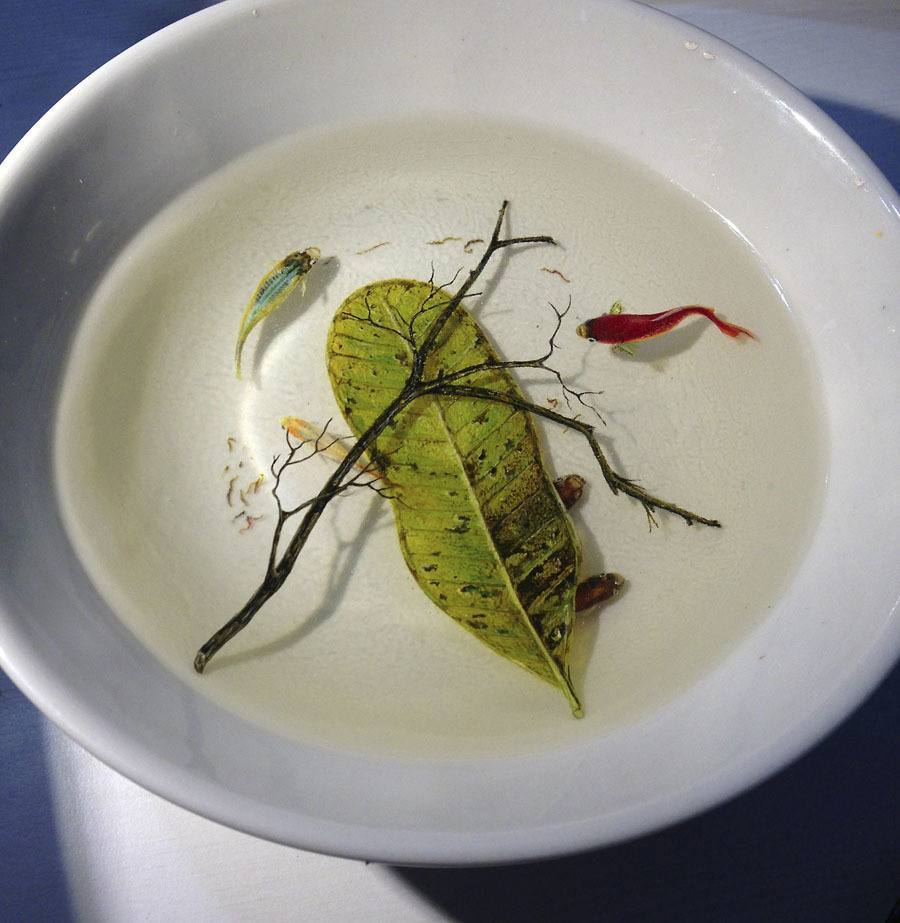 If you can’t make it to gallery exhibits, don’t worry: Keng Lye showcases his talents and style all over the internet. He has a Tumblr account where he posts all of his work as he completes them. He also has a deviant art account where he’s a little more vocal, and occasionally sells pieces of his collection. Follow him on both social networks to keep updated on his ever-growing aquarium of almost-real pets.