The Story Of Kenneth Feinberg, The Man Behind The September 11th Victim Fund

After September 11th, attorney Kenneth Feinberg was tasked with calculating how much a human life is worth in order to deliver compensation to victims and their families. 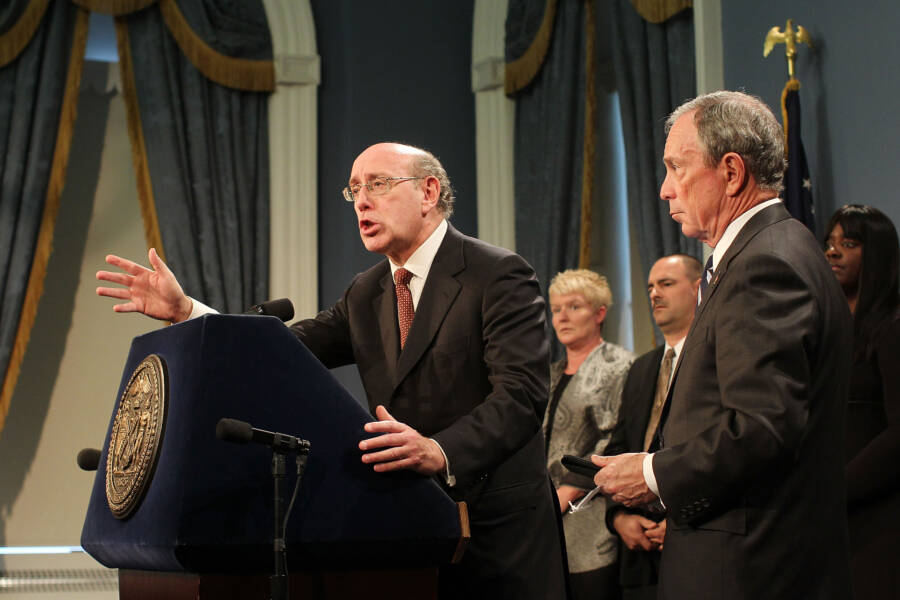 Where there’s a disaster, there’s Kenneth Feinberg. The attorney made a name for himself by managing victim compensations for major catastrophes like the Boston Marathon bombing, the BP Oil spill, and the Sandy Hook shooting. But perhaps the most impactful case he ever took on was 9/11.

After the attacks, Congress tapped Feinberg to manage the September 11th Victim Compensation Fund. Though Congress had allocated $11 billion to the fund, Feinberg had to convince 9/11 families to join — waiving their right to sue — and decide how much each family would get.

His task was grueling, heart-wrenching, and frustrating. But by 2004, Feinberg had succeeded in distributing $7 billion to 9/11 survivors and victims’ families. It was a job so dramatic that it is now the subject of a new Netflix biopic called Worth.

Still, not everyone sees Feinberg as a hero. And the story of the 9/11 victim fund didn’t end there.

Who Is Kenneth Feinberg? 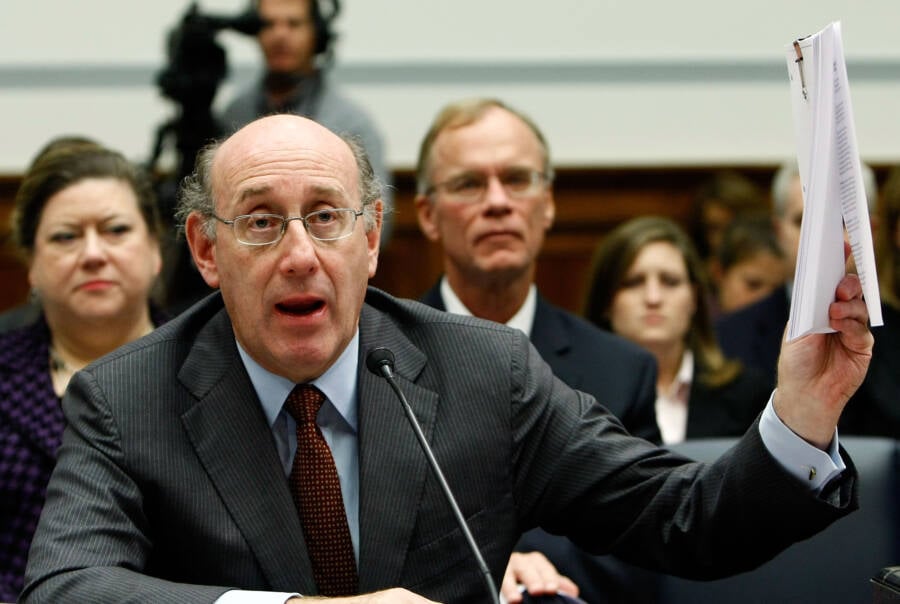 Kenneth Feinberg didn’t set out to manage million-dollar compensation funds. Born in Brockton, Massachusetts, on Oct. 23, 1945, he initially thought he’d be an actor.

“In my wildest dreams, I never would’ve thought I’d end up designing and administering these huge claims programs and mediating disputes,” Feinberg said.

But, after Feinberg earned a history degree at the University of Massachusetts, he veered toward the world of politics and legal affairs with a law degree from New York University.

From there, Feinberg clerked for Judge Stanley Fuld of the New York State Court of Appeals, rubbed elbows with Rudy Giuliani at the New York Department of Justice, and worked his way up in Senator Ted Kennedy’s office to become chief of staff.

But Feinberg’s life irrevocably changed in 1984. Then, a judge named Jack B. Weinstein, who had also clerked with Fuld, tapped Feinberg to work on an intriguing case.

About 250,000 Vietnam War veterans had joined a class-action lawsuit against the manufacturers of Agent Orange. Weinstein wanted Feinberg to help mediate. 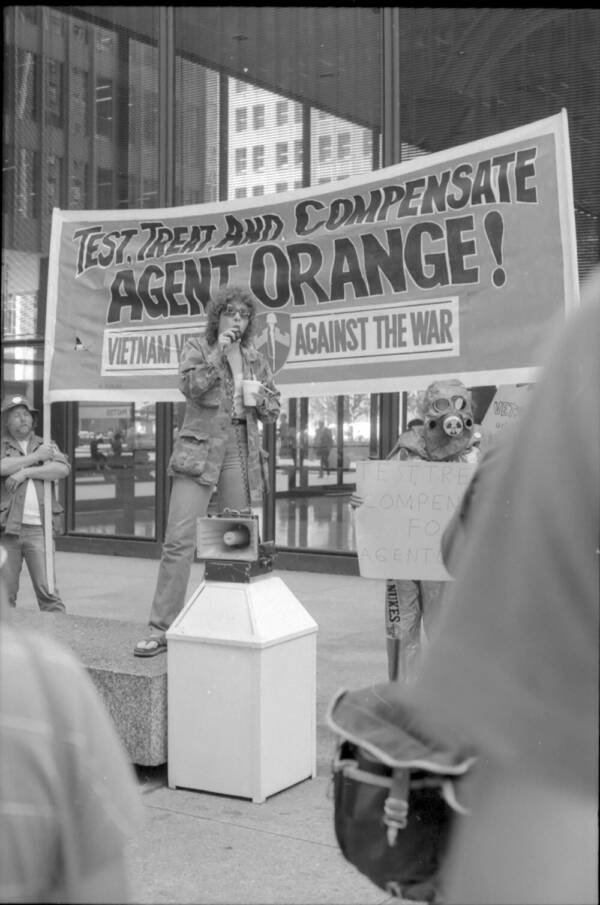 Vietnam Veterans Against the War ArchiveVietnam war veterans demanded compensation because of how Agent Orange had impacted their health.

Weinstein’s instincts seemed to be correct. After six weeks on the job, Feinberg reached a $180 million settlement between the Agent Orange manufacturers and the veterans. But not everyone was happy.

“I don’t think they should get off this easy,” said Al Marcotte, a Green Beret with nerve damage after serving in Vietnam. “[This country has] total disregard for us when they can plea-bargain behind a closed-door without notice to us.”

In the next several decades, Feinberg would grow his reputation as the master of mediation. But the criticism of the Vietnam veterans foreshadowed how some 9/11 survivors and families came to see Feinberg’s role in their lives.

On Sept. 11, 2001, al-Qaeda terrorists flew two commercial airplanes into the World Trade Center in New York City. They flew another into the Pentagon in Virginia, and a fourth crashed in Pennsylvania. Thousands died. And Congress looked to Kenneth Feinberg to manage an $11 billion victim compensation fund for 9/11 survivors and victims’ families. 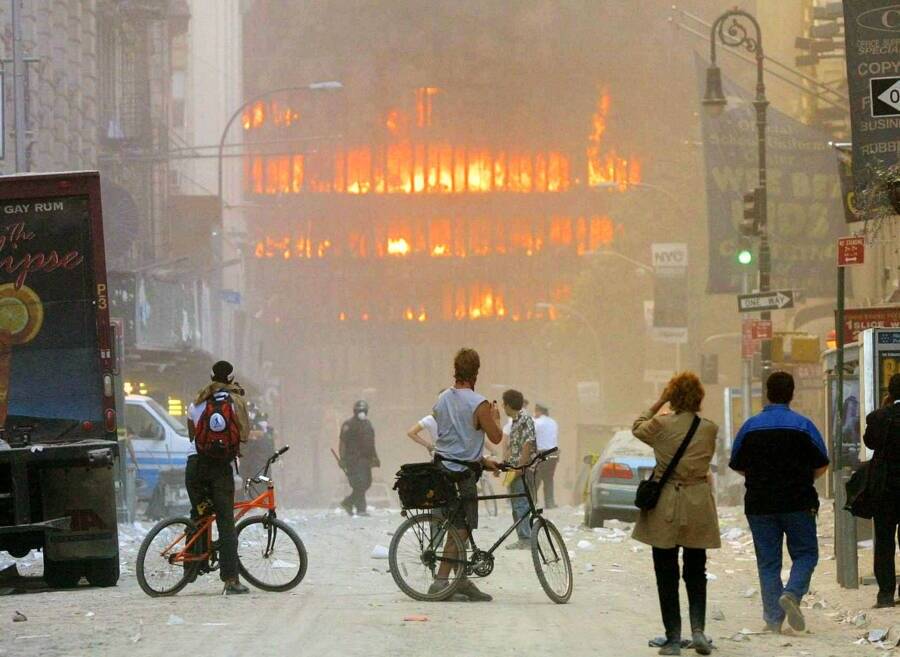 The September 11th Victim Compensation Fund was critical for more than one reason. First of all, it would provide families with economic support. Secondly, it would attempt to atone for their personal loss.

But the government had another reason to push 9/11 survivors and families to accept the money. If they did, they waived their right to sue. At the time, some worried that a tidal wave of lawsuits could bankrupt the airline industry and destabilize the economy.

So Kenneth Feinberg got to work. He started by coming up with a simple formula for how to allocate the money. First, he’d evaluate the financial impact to a family based on projected lifetime earnings lost. Then, he’d weigh the family’s pain and suffering and assign a monetary value to it. Finally, he’d deduct other factors like life insurance.

“My role is to help [the families],” Feinberg explained at the time.

Although Feinberg applied a lawyer’s logic to his task, he was unprepared to face the emotional devastation of the 9/11 families.

“It was a tsunami,” he later admitted.

“Explaining the numbers was relatively a straightforward task. Empathizing with people, trying to understand what it was like if you were in their shoes – that was debilitating, and that took an emotional toll on me.”

For 9/11 families, Feinberg often came across as cold and disinterested in meetings.

“I think if you could feel our pain for one hour, your tone and your mannerisms would be so drastically different than what they are,” one victim told him. Another said: “You have an arrogance about you that is so painful, you can’t possibly believe.”

Many families especially despised that Feinberg allocated the money based on income instead of giving all the families an equal amount.

But in the end, Feinberg swayed 97% of the victims’ families. By 2004, they joined the 9/11 fund and waived their right to sue. The average compensation was about $2 million, but the values ranged drastically from $250,000 to $7 million.

Today, the story of Kenneth Feinberg and the 9/11 fund will play out on the silver screen. The Netflix film Worth dramatizes the story of how he allocated money to victims’ families, with Michael Keaton in the starring role. 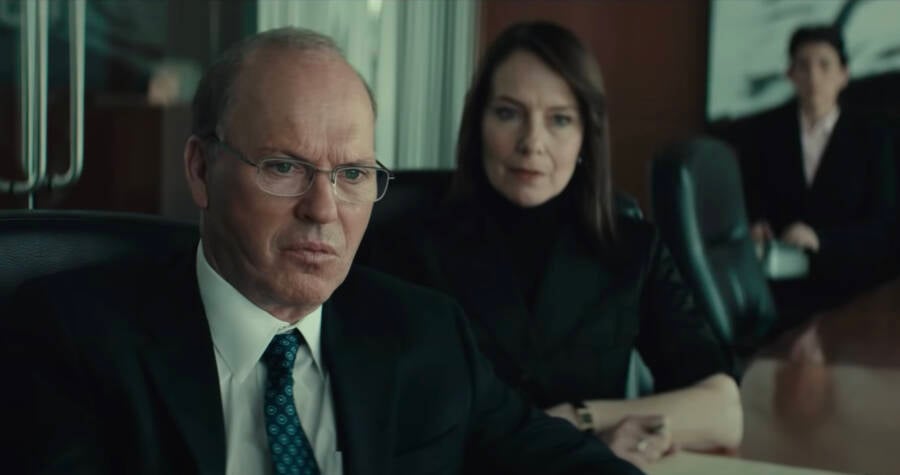 NetflixMichael Keaton will play Kenneth Feinberg in the 2021 Netflix film Worth.

However, Feinberg acknowledges that he would change how he managed the 9/11 fund if he could. For starters, he would have pushed for equal payments for the families. And he would have also tried to be more empathetic.

“I underestimated the emotion of this at the beginning. No question about that,” Feinberg said. “There was a certain degree of unanticipated anger directed at me that I should have been more attuned to.”

He admits that he regrets presenting himself to the victims in a “lawyer-like way.” When it came to working with the victims, Feinberg didn’t find his legal background particularly helpful.

“Better I have a background as a priest or a rabbi or a psychiatrist,” he said. “There is nothing you can say that can alleviate their pain.”

But the saga of the 9/11 fund didn’t end when Feinberg stopped accepting claims in 2004. In 2011, lingering health problems among 9/11 first responders led President Barack Obama to sign the James Zadroga 9/11 Health and Compensation Act of 2010 and reauthorize the fund. 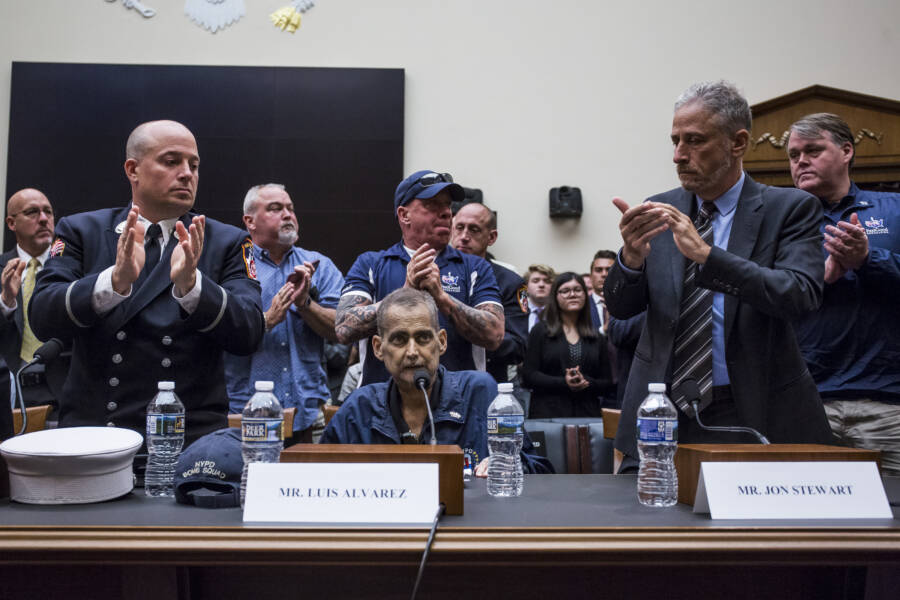 In the end, though the money helped many of the 9/11 families, it will never be enough to lessen their loss. And no one is more aware of this than Kenneth Feinberg himself.

“Anybody who looks at this program and expects that by cutting a U.S. Treasury check, you are going to make 9/11 families happy, is vastly misunderstanding what’s going on with this program,” Feinberg said.

“There is not one family member I’ve met who wouldn’t gladly give back the check, or, in many cases, their own lives to have that loved one back.”

After reading about Kenneth Feinberg, look through these heartbreaking artifacts from 9/11. Or, learn the tragic mystery behind 9/11’s “Falling Man.”