The Story Of Onesimus, The Enslaved Man Who Helped Save Boston From Smallpox

During the 1721 smallpox outbreak in Boston, a slave named Onesimus taught his master an early version of inoculation — and saved hundreds of people.

In the Bible, Onesimus was the name of a Byzantine man who went from being a slave to being a bishop. But in the 18th century, Onesimus was a slave who many consider the father of vaccines.

His contribution to modern medicine cannot be overstated, and he helped eradicate one of the world’s deadliest diseases. Yet, because he came to the United States as part of the trans-Atlantic slave trade, little of Onesimus exists in the historical record. There are no known depictions of him — and historians aren’t even sure of his true birth and death dates.

This is the little-known, true story of Onesimus — a man who was once called “one of the greatest Bostonians of all time.”

Onesimus Was A Gift To Cotton Mather 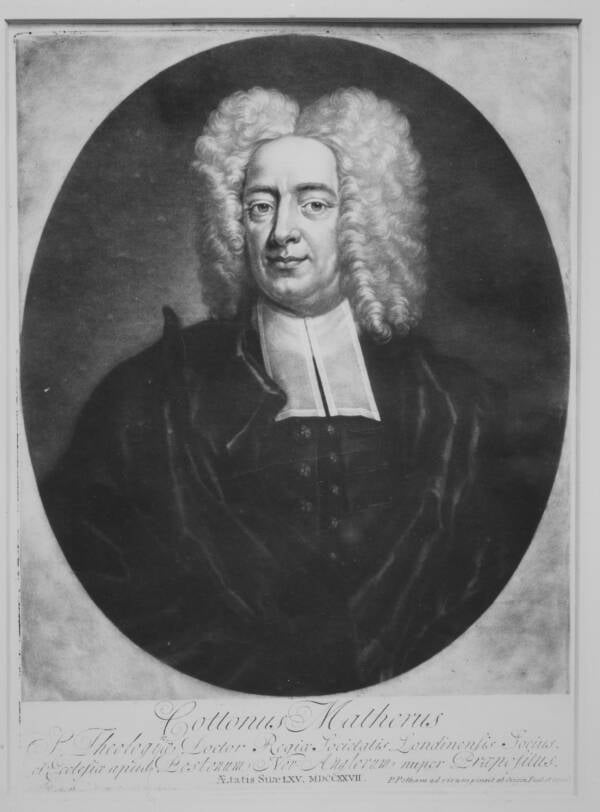 Metropolitan Museum of Art/Wikimedia CommonsPuritan minister Cotton Mather initially distrusted his slave, Onesimus — until he showed him how to inoculate against smallpox.

Historians guess that Onesimus was originally from modern-day Libya, although it’s impossible to know for sure. The first record we have of his very existence comes from 1706, when he was purchased on an auction block in Massachusetts and given as a gift to minister Cotton Mather.

In a diary entry dated that same year, Mather wrote about the slave as a child might write about a Christmas present.

“This Day a surprising thing befel me. Some gentlemen of our church, understanding, (without any Application of mine to them for such a thing) that I wanted a Good Servant, at the expense of between Forty and Fifty pounds, purchased for me a very likely Slave; a Young Man, who is a Negro, of a promising Aspect and Temper, and this day they presented him unto me. It seems to be a mighty smile of Heaven upon my Family, and it arrives at an observable Time unto me. I put upon him the name of Onesimus; and I resolved, with the help of the Lord, that I would use the best Endeavours to make him a servant of Christ; and also be more serviceable than ever to a flock, which laid me under such obligations.”

But while Mather first viewed his gift as heaven-sent, he later became suspicious of him. In another diary entry written in 1711, Mather — who would later gain notoriety for his role in the Salem Witch Trials — wrote that Onesimus had “thievish” behavior, and said he was useless and wicked.

Onesimus would be viewed in an entirely different light, however, when a smallpox outbreak hit the colonies. 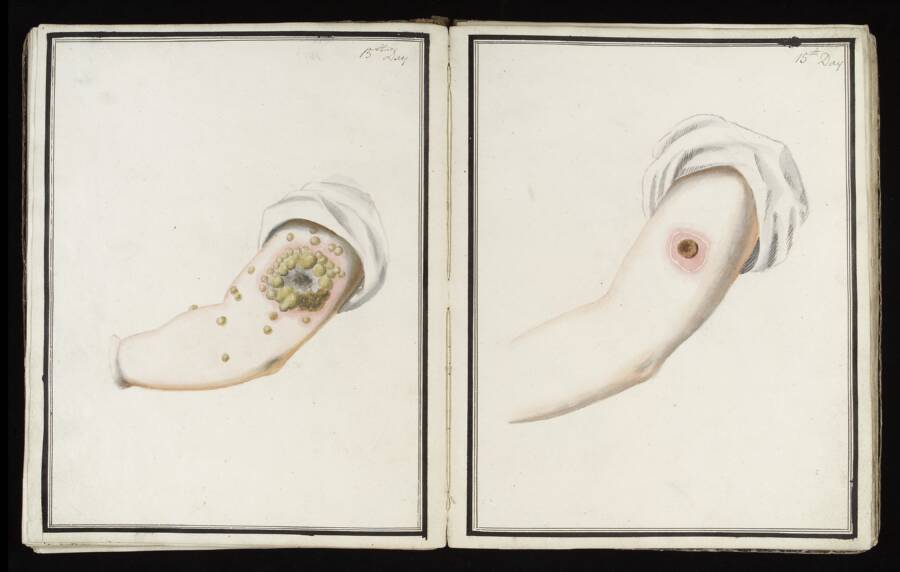 Wikimedia Commons ImagesOnesimus brought the concept of inoculation to his owner, Cotton Mather — and saved more than 200 Bostonians from smallpox.

In 1721, Massachusetts was the epicenter of a smallpox epidemic. The culprit was a ship that arrived in Boston Harbor on April 22. A sailor showed signs of having smallpox and was quickly quarantined — but not quickly enough, because smallpox quickly spread throughout the state.

As Mather was seen as a leader of sorts in the community, he was called upon to assist with the escalating outbreak. In response, Mather reached out to the medical community in the area and encouraged them to inoculate the population against smallpox.

While inoculation and vaccination are often used interchangeably, there is actually a slight difference between the two processes. In the first instance, a weakened version of the foreign body (in this case, the virus that causes smallpox) is introduced into a host organism. In the second, the host organism itself recognizes the foreign body as deadly and attacks it until it dies.

What Mather was proposing wasn’t a new concept: The first evidence of inoculation was found in China back in 1000 B.C., and it was a common practice all throughout the “Eastern world,” especially during the Ottoman Empire.

But Mather got the idea from none other than Onesimus, who said that he, himself, was inoculated against smallpox. After verifying Onesimus’s claim with other slaves, Mather insisted that the medical community do their part to inoculate the population.

And though Mather, initially, met some resistance — he did get the idea from a slave, after all — the medical community ultimately took his advice. Of the 242 people who were inoculated, only six died. While one in 40 seems like a high number, it’s much lower than the one-in-six who were dying from smallpox prior to inoculation. And the success of the smallpox inoculation set the stage for future vaccination efforts.

How Onesimus Paved The Way For Modern Vaccines 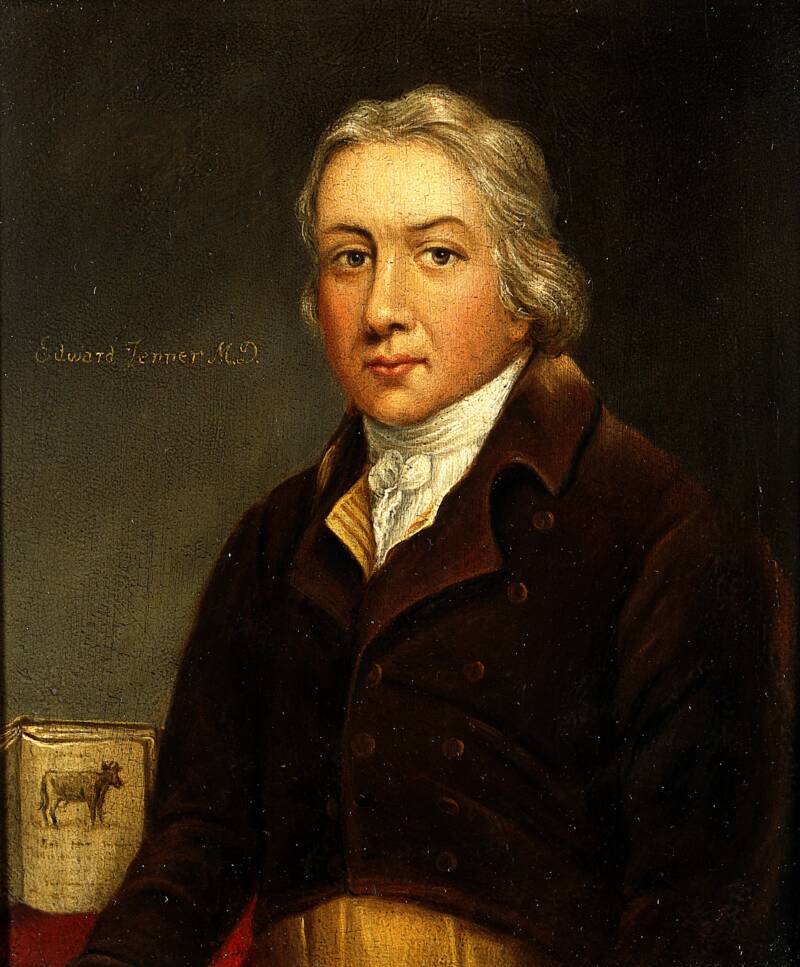 Wellcome Images/Creative CommonsPhysician Edward Jenner in 1796 would build on what Onesimus introduced and create the first smallpox vaccine.

Outside of his advice to his master, the only other thing we know for sure is that Onesimus was ultimately able to buy his freedom, by giving Mather enough money to buy another slave.

In 1796, using the same theory Onesimus once proposed to his master, Edward Jenner developed the first vaccine that used cowpox — a cousin of smallpox — to provoke immunity to the virus.

When those efforts proved successful, inoculation and vaccination against smallpox became widespread across the state of Massachusetts, ultimately becoming mandatory in 1809.

Though smallpox eventually became less of a threat, it took until 1980 for the disease to be fully defeated. According to the World Health Organization (WHO), it is the only infectious disease in modern history to be completely eradicated.

With history being written by white slave owners, it was Mather — not Onesimus — that was credited as “the father of vaccination” in the United States.

However, thanks to the tireless efforts of historians like Henry Louis Gates and Thomas H. Brown, the African contribution to American history — including the work of previously unknown slaves like Onesimus — is slowly, but surely, being recognized.

Now that you’ve read the true story about Onesimus, read all about Ellen and William Craft and how their ingenious disguises helped them escape slavery. Then, read all about the Palmares, the lost kingdom of runaway slaves in the Brazilian Amazon.