Revisiting The Kentucky Meat Shower Of 1876

During the Kentucky Meat Shower Of 1876, Cloudy With A Chance Of Meatballs was real life when meat purportedly poured from the heavens. 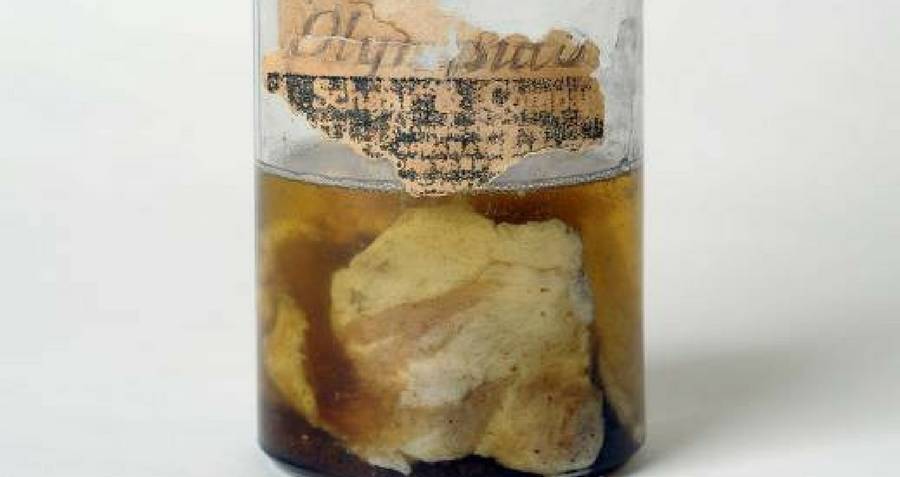 Scientific AmericanOne of the specimens collected after the meat shower.

It was a clear, March morning in Bath County, Kentucky in 1876 when meat started falling from the sky.

“Between 11 and 12 o’clock I was in my yard, not more than forty steps from the house,” a local farmer’s wife named Mrs. Crouch told local reporters. “There was a light wind coming from the west, but the sky was clear and the sun was shining brightly. Without any prelude or warning of any kind, and exactly under these circumstances, the shower commenced.”

Not just any shower, but a shower of fresh, raw meat, some lumps as “light as a snowflake,” and some that reached up to three inches in length. For several minutes, Mrs. Crouch and her husband Allen watched as the unusual downpour fell around them, before it finally ceased, leaving the sky as clear and sunny as it had been before.

Immediately the Crouch’s’ believed that the meat shower had either been a miracle or a grisly warning. Before long, word of the meat shower had spread, bringing flocks of curious neighbors to the scene. In the end, an area about 100 yards long and 50 yards wide had been left covered in chunks of meat. It was found on fences, the farmhouse, and scattered across the ground.

The overall consensus seemed to be that the meat was beef, as it was a similar color, and had a similar smell. However, a local hunter disagreed, claiming that the “uncommonly greasy feel” of the meat most resembled that of a bear.

To end the debate once and for all, a few brave men, skilled in hunting, took it upon themselves to taste a few pieces. Their official decision was that, by taste alone, the meat had to be either venison or mutton. Unsatisfied with the three conflicting opinions, a local butcher also took a bite. According to him, however, the meat was none of the above, claiming that “it tasted neither like flesh, fish, or fowl.” 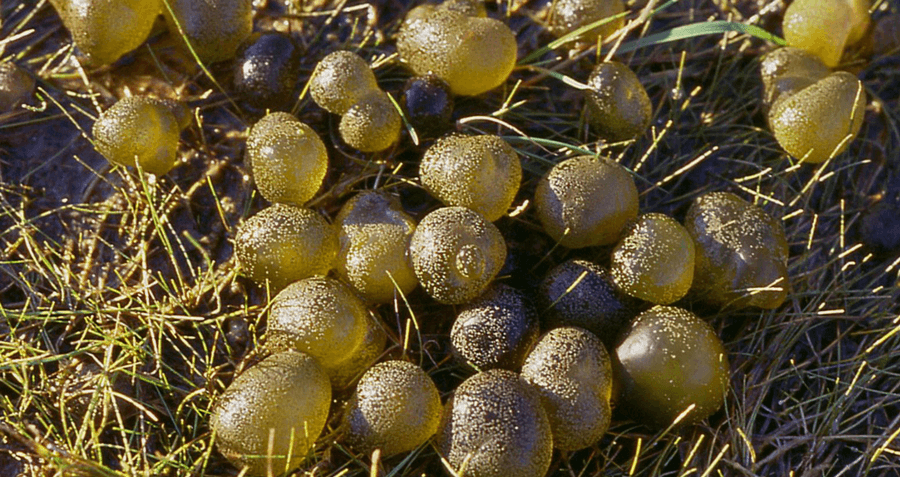 Wikimedia CommonsNostoc blooming on the ground, a possible explanation for the meat shower.

Finally, town authorities decided it was time to get an official ruling on what exactly had fallen from the sky. So, they collected samples, and wrapped them up, sending them to chemists and universities around the country.

One chemist from Louisville College deduced that the sample was indeed, as one of the hunters had suggested, mutton. Another disagreed, stating that while it certainly was meat, it definitely wasn’t mutton.

Eventually, scientists gave up on the “what,” focusing on the far more concerning “where.”

If it was, in fact, meat, how did it fall from the sky, and more importantly, how did it get up there in the first place?

One of the scientists decided that the meat was likely the result of a meteor shower — or “meat-eor” shower if you will.

“According to the present theory of astronomers, an enormous belt of meteoric stones constantly revolves around the sun, and when the earth comes in contact with this belt she is soundly pelted,” wrote William Livingston Alden, a New York Times writer. “Similarly, we may suppose that there revolves about the sun a belt of venison, mutton, and other meats, divided into small fragments, which are precipitated upon the earth whenever the latter crosses their path.”

In addition, he offered a more macabre theory, suggesting that the meat was actually the flesh of “finely-hashed citizens of Kentucky, who had been caught in a whirlwind while engaged in a little ‘difficulty’ with Bowie knives and strewn over their astonished State.”

One scientist, Leopold Brandies wrote an article in The Sanitarian in which he claimed the event was simply a shower of Nostoc, a genus of cyanobacteria, which takes on a jelly-like appearance when it comes in contact with rain. His theory was that it simply bloomed on the ground and that whatever fell from the sky was simply a normal rain shower. 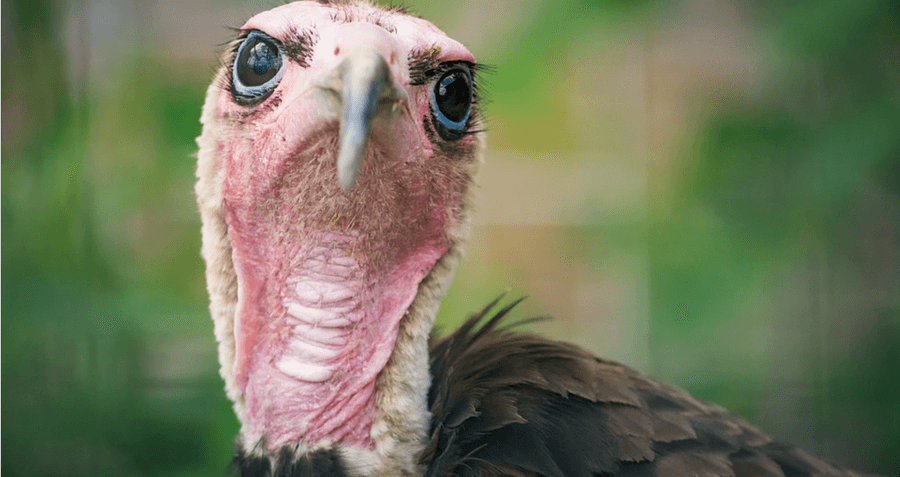 Public Domain A vulture, whose vomit may be responsible for the Kentucky meat shower.

Both of the more scientific theories for the Kentucky meat shower were later shunned, after a more likely — but equally as unfathomable — theory came to light.

Both the Crouchs, a chemist named Robert Peter, and the chemist from Louisville College all put forth the theory that the Kentucky meat shower was the result of a flock of vultures vomiting simultaneously, after “feasting themselves more abundantly than wisely.”

“I am informed that it is not uncommon for buzzards thus to disgorge their overcharged stomachs,” one chemist wrote. “And that when in a flock one commences the relief operation, the others are excited to nausea, and a general shower of half-digested meat takes place.”

The townspeople decided that this was the most likely scenario, and elected to believe it as the best explanation for the Kentucky meat shower. Obviously, it had slipped their minds that members of the town had actually eaten pieces of this half-digested meat — unless people were just cool with that in 1870s.

Enjoy this article on the Kentucky meat shower? Next, read about the festival in China that revolves around dog meat. Then, check out the tick whose bite makes you allergic to red meat.