Although 19-year-old Kevin Hines nearly severed his spine when he hit the water, he eventually recovered and now dedicates his life to suicide prevention. 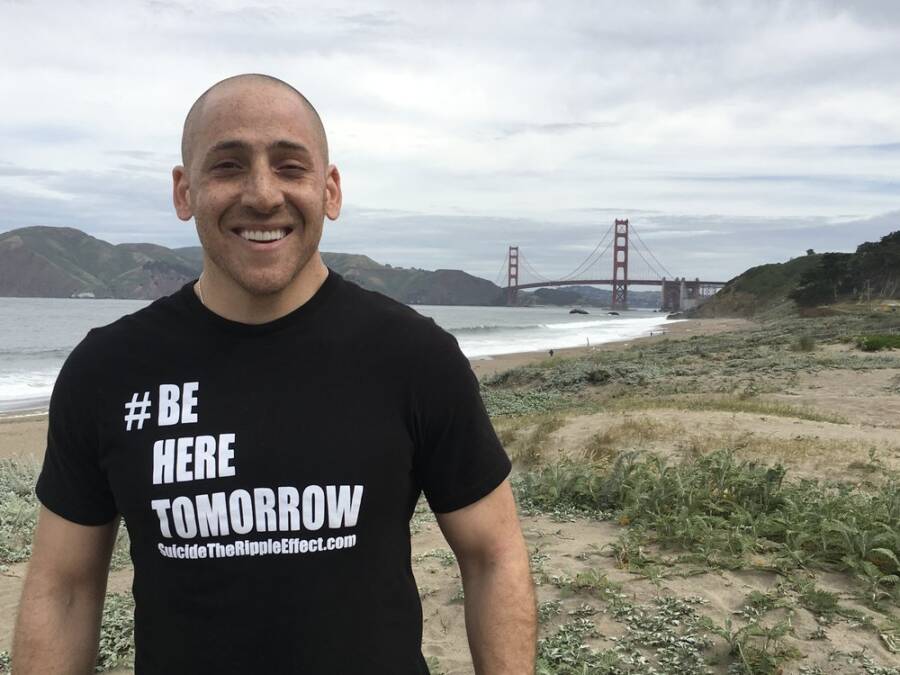 On September 25, 2000, 19-year-old Kevin Hines leaped from the Golden Gate Bridge, intending to end his life. Since the bridge opened in 1937, an estimated 2,000 people have done the same. Less than one percent of them survived — but Kevin Hines is among them.

For years, Hines had bipolar disorder and epilepsy. Then, he began listening to the voices in his head, trying to convince him to die. But once he jumped, all he recalls feeling is immediate regret and a will to live.

Now, he tours the country as a mental health advocate. And he spent more than a decade after he recovered lobbying the city of San Francisco to install a suicide net below the pedestrian walkway to prevent others from dying as he intended in the water below.

What Led Kevin Hines To The Golden Gate Bridge 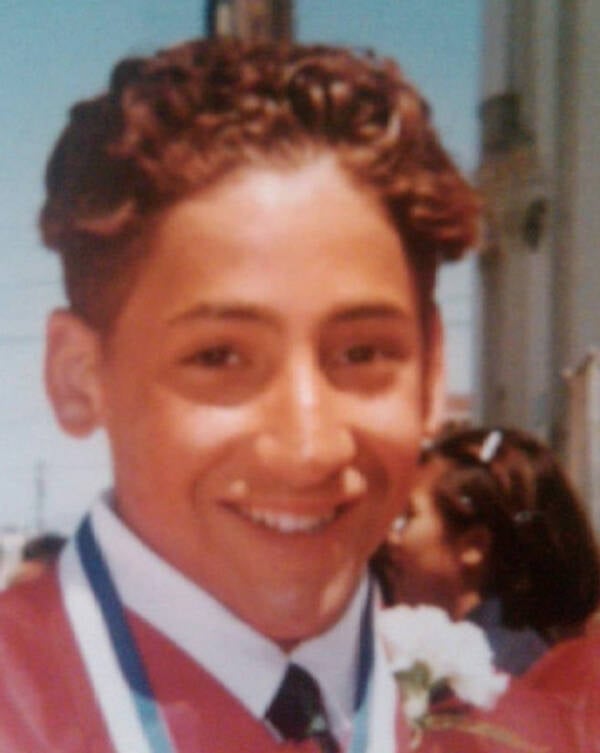 Kevin Hines’ parents, native San Franciscans Pat and Debbie Hines, adopted him when he was nine months old. He grew into a sensitive and expressive boy who loved acting and playing sports. At age 10, Hines had an epileptic attack, and doctors prescribed him a medication called Tegretol.

The medication seemed to keep his epilepsy under control, so well in fact, that after six years with no episodes, doctors took him off it.

Then, his parents split up. Shortly after, Hines’ mental health began spiraling. What no one knew was that Tegretol was also working in the background to suppress what were the dramatic mood swings of bipolar disorder, according to The San Francisco Chronicle.

Hines was irritable all the time and hard to control. He suffered the loss of his drama teacher by suicide. Depressive cycles came in regular intervals; Thursdays and Fridays were the worst days. Then, on September 22, a Friday, Hines’ girlfriend broke up with him.

That weekend, the voices and hallucinations started — and they persisted, telling him, “You must die! You can’t go back! You are a burden to those who love you,” he explained to the Chronicle.

Kevin Hines went to the Walgreens near his college to purchase his last breakfast; Starbursts and Skittles. “I was actually very happy that morning,” he told the Chronicle. “Elated. I was going to end the pain.”

He boarded a city bus headed for the Golden Gate Bridge. This is how he would quiet the voices. He’d thought a gunshot or pills would be too painful; this was the easiest way. The bus dropped him off at a nearby parking lot. He stood there a while, then walked onto the bridge — looking for a spot where he wouldn’t crash into a pillar on the way down. Then, he stood on the bridge and sobbed.

“It was a Monday,” Kevin Hines recalls. And even though the voices were still there, he’d made a pact with himself. If even one person asked him if he was okay, he would confess everything and beg them to save his life.

Just then, a woman with blonde, curly hair and sunglasses approached him. “It’s OK!” he thought. “She cares.”

But the woman held out a camera and asked him to take her photo. He obliged. After she turned and walked away, he took three running steps. Hines plunged downward into the calm water.

But just as he flew over the guardrail, the point of no return, he changed his mind. Speaking with KABC-TV, he said he felt “instant regret, powerful, overwhelming. All I wanted to do was reach back to the rail, but it was gone.”

He fell headfirst. The distance from the bridge to the water is the equivalent of a 25-story building. He was conscious the whole way down. Four seconds is all it took before Hines hit the water.

In that time, he had fleeting thoughts intertwined with a flood of emotion. “The thoughts in those four seconds”, he said, were “What have I just done? I don’t want to die. God please save me.”

How Kevin Hines Was Miraculously Rescued 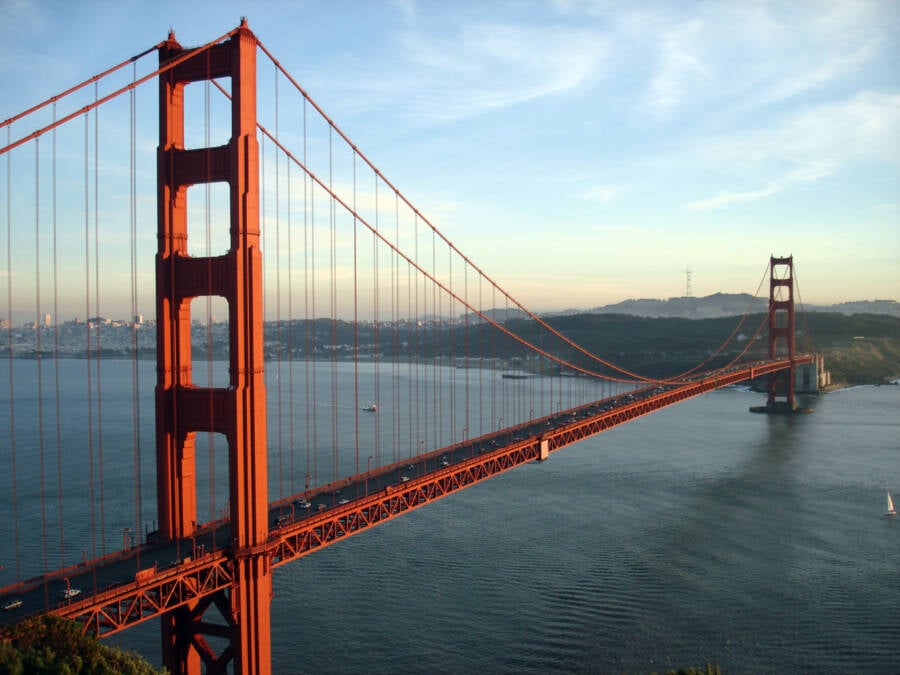 Somehow mid-fall, Kevin Hines was able to turn his body from a headfirst dive into a sitting position. He hit the water feet first, traveling at an estimated 75 miles per hour. A fall like that is akin to landing on concrete.

The intense impact broke his back, shattering three vertebrae which came just two millimeters short of severing his spine. But the instinct for survival at that moment outweighed the excruciating pain as he sank deeper and deeper into the ever-darkening frigid water. Somehow, he managed to swim — as well as he could — out of the darkness and toward the light.

Breaking through the water’s surface seemed like a hallucination all its own. However, the elation of still being alive was quickly replaced with unbearable pain again, and he struggled mightily against drowning.

Then, he felt something underneath him. Something alive.

“I didn’t die,” he remembers thinking, “and now I’m going to be eaten by a shark.” Whatever the creature was, it kept Hines buoyant by periodically nudging him to keep him afloat, according to <em<The San Francisco Chronicle.

Later, people who gathered to watch the rescue would say it was a sea lion or a seal. Perhaps even a dolphin — animals that have been known to help people in danger.

Hines says he’s not sure what kind of creature it was but firmly believes that he’d be dead without it.

Then, suddenly, he felt hands grab him and hoist him out of the water. A man in a Coast Guard uniform laid him down on a stretcher.

How Kevin Hines Became An Advocate For Suicide Prevention 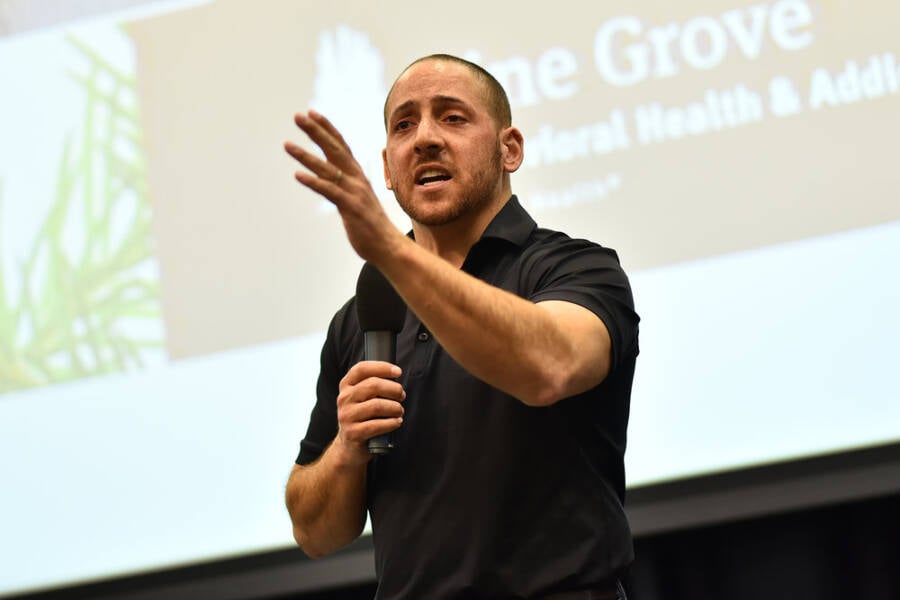 Kevin Hines StoryHines is now a public speaker telling others about his experiences.

Kevin Hines now has a metal plate in his spine. But his body would mend before his psyche. He continued to be tormented, and the hallucinations persisted. Doctors moved him to a psychiatric unit at St. Francis Hospital in San Francisco. He still has violent flashbacks of the green waters rushing toward him.

It wasn’t until 18 months after his ordeal that a priest helped him realize that his story of survival would help many others if he chose to share it. Now, Hines travels to speak of his harrowing journey around the nation. He urges people to realize suicide is not an answer and that getting treatment for mental illness is a necessity.

He was also a spokesperson for the movement to erect a suicide barrier on the Golden Gate Bridge, according to CNN. That barrier is now underway and scheduled for completion in 2023. Hines is still learning to manage his mental health but is taking things day by day.

When asked what he wishes he knew then that he knows now, Kevin Hines told KABC-TV, “Today is not tomorrow. Just because you’re in this kind of pain right now, doesn’t mean it’s going to be forever”. He also urges others to be aware of what those around them are going through.

“If you see someone in pain, it’s your duty to walk up and engage and just try to get them to open up to you and try to share what is going on in their mind. You can be a conduit for change.”

After reading about the incredible survival story of Kevin Hines, learn about Alfred Loewenstein, the multi-millionaire who “fell out” of his own airplane. Then, take a look at these heartbreaking photos from the scene of Kurt Cobain’s suicide.