The condition of the 25-year-old woman remains unknown. 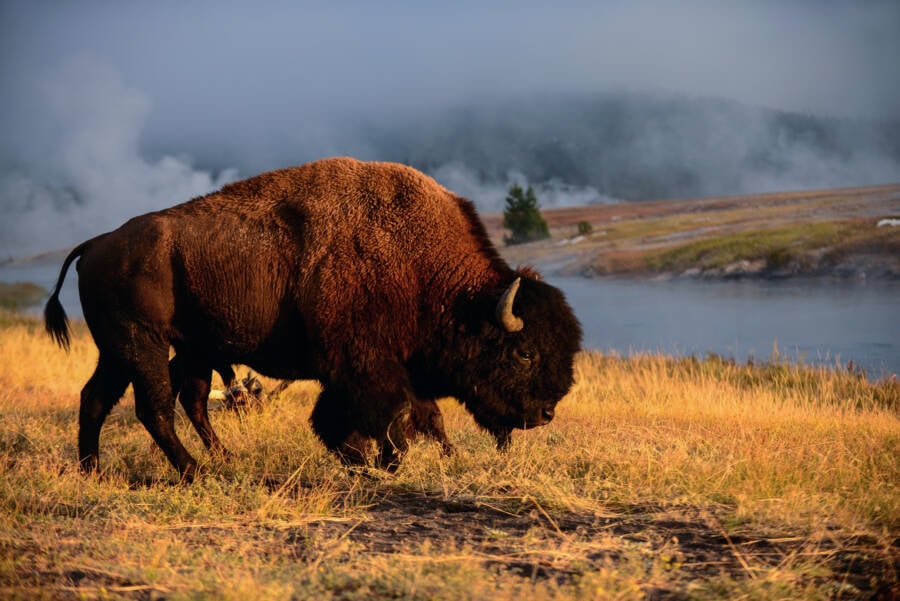 Nano Calvo/VWPics/Universal Images Group via Getty ImagesGuests at Yellowstone are instructed to keep a safe distance from bison, which are powerful and fast.

A Memorial Day trip to Yellowstone National Park turned into a nightmare for one woman, who was gored by a bison and tossed ten feet into the air after she got too close to the animal.

According to a statement from the National Park Service (NPS), the 25-year-old woman from Grove City, Ohio, crossed paths with the bison as it walked near a boardwalk at Black Sand Basin, north of Old Faithful. The woman approached the animal, coming within 10 feet of it.

“Consequently,” the NPS explained, “the bison gored the woman and tossed her 10 feet into the air.”

Park emergency medical providers rushed to the scene and transported the woman — whose identity has not been released — to the Eastern Idaho Regional Medical Center. Though some news outlets wrote that she had died after being gored, those reports have since been retracted.

Spokespeople for both the Eastern Idaho Regional Medical Center and the NPS have declined to comment on the woman’s condition, though each has suggested that she did not die from her injuries.

Coleen Niemann, a spokeswoman for Eastern Idaho Regional Medical Center, told the Washington Post that the hospital “has had no recent patient death as a result of the injuries being described.” And Morgan Warthin, an NPS spokesman, merely pointed Washington Post reporters to Niemann’s statement. 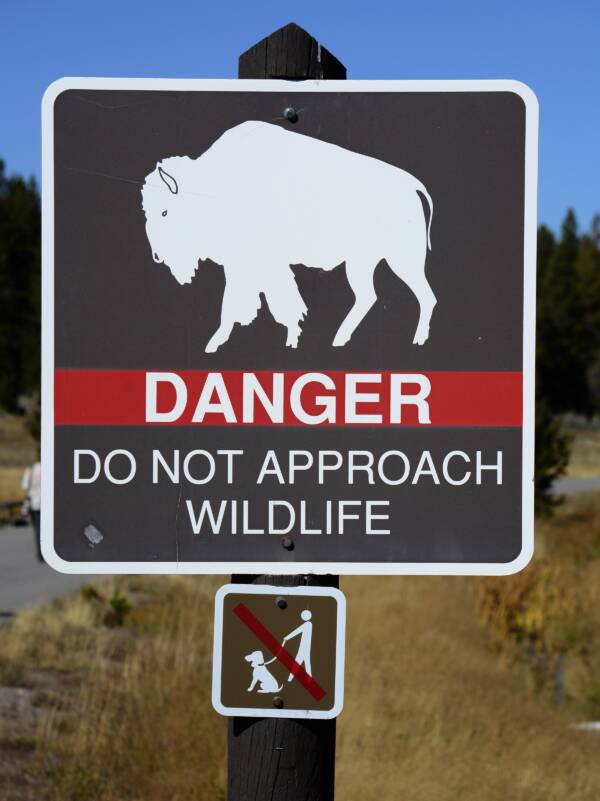 Robert Alexander/Getty ImagesA sign at Yellowstone National Park warns visitors not to get close to wildlife like bison.

In their statement, the NPS noted that the incident is still under investigation. But they also stressed that approaching animals within Yellowstone can be perilous.

“Wildlife in Yellowstone National Park are wild and can be dangerous when approached,” the statement explained. “When an animal is near a campsite, trail, boardwalk, parking lot, or in a developed area, give it space.”

Visitors, the NPS said, should stay more than 25 yards from all large animals, like bison, elk, bighorn sheep, deer, moose, and coyotes. And visitors should stay even farther — 100 yards — away from more dangerous animals like bears and wolves.

“If need be,” the NPS statement said, “turn around and go the other way to avoid interacting with a wild animal in close proximity.” 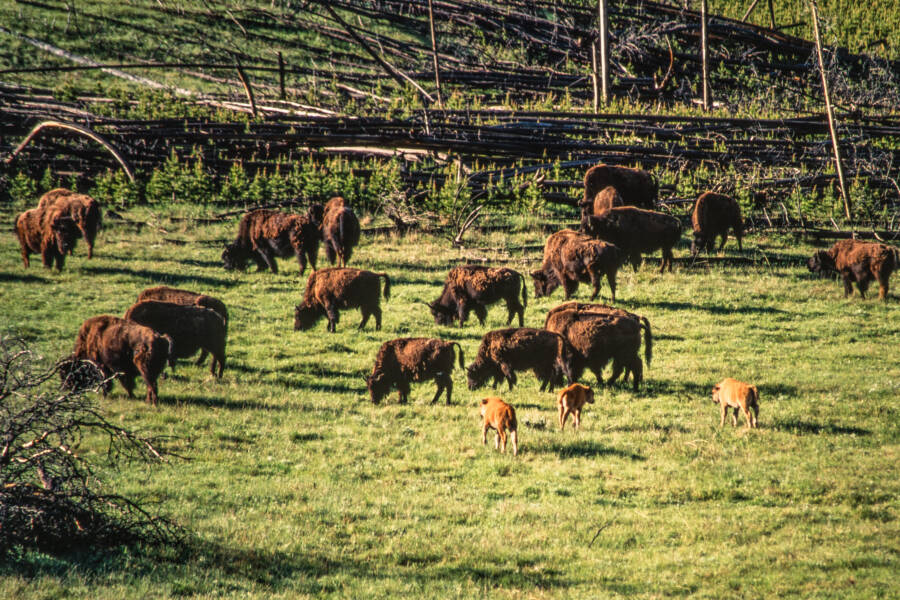 According to the National Wildlife Federation, bison are North America’s largest mammal. The animals can grow up to six-and-a-half feet tall and weigh up to 2,000 pounds.

That said, they can move quickly for their size. The Washington Post notes that bison can run up to 35 miles per hour, pivot quickly, and jump as high as six feet in the air. As such, it’s perhaps not surprising that bison are some of Yellowstone’s most dangerous animals.

“Bison have injured more people in Yellowstone than any other animal,” the NPS warned in their statement. “They are unpredictable and can run three times faster than humans.”

In recent years, The New York Times reports, there have been multiple run-ins between Yellowstone’s more than 5,000 bison and its human visitors. In 2019, a bison headbutted a nine-year-old girl as she tried to run away. And in 2020, a woman who approached a bison was knocked to the ground.

But the incident between the 25-year-old Ohio woman and a bison is the first of its kind in 2022. According to the NPS: “This is the first reported incident in 2022 of a visitor threatening a bison (getting too close to the animal) and the bison responding to the threat by goring the individual.”

To stay safe while visiting Yellowstone National Park, the NPS instructs visitors to use common sense and caution. On their safety page, they suggest viewing wildlife from inside a car, refraining from feeding wild animals, and staying at least 25 yards away from bison.

That way, visitors can enjoy some of the park’s marvelous natural wonders without an emergency trip to the hospital — or worse.

After reading about the woman gored by a bison at Yellowstone, discover the story of the woman who broke into Yellowstone — and then fell into a geyser. Or, look through these haunting photos of the American bison extermination in the 1800s.