The woman had to drive 50 miles before coming in contact with a park ranger who could help her. 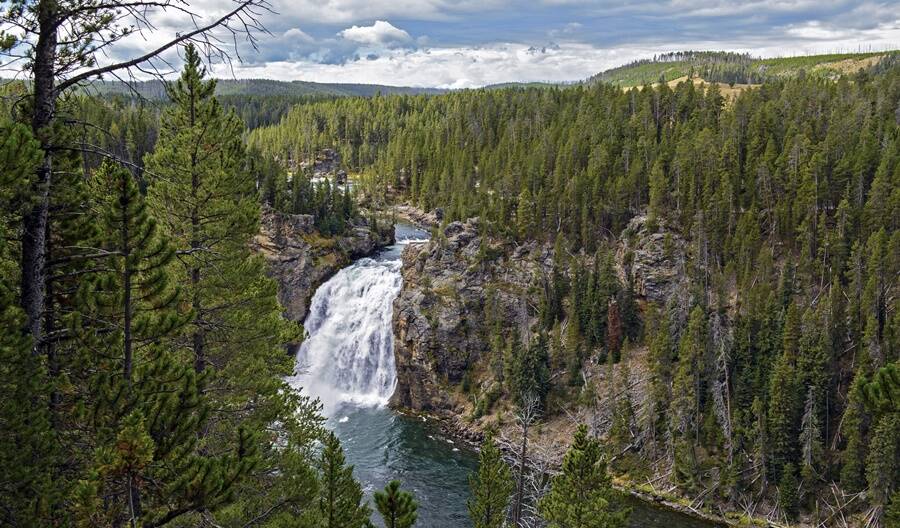 Jerry and Pat Donaho/FlickrYellowstone National Park has been on lockdown since the coronavirus outbreak, though this didn’t stop one woman.

Reckless behavior combined with the urge to garner likes on social media is often a recipe for disaster — and a disaster is exactly what happened at Yellowstone National Park this week when a woman, eager to take a selfie with Old Faithful, fell into a geyser after illegally entering the park.

According to IFL Science, Yellowstone has been closed since March 24 due to state-mandated coronavirus lockdowns, but this was not enough to stop one overzealous selfie-hunter from breaking in anyway.

The woman, who remains unidentified, was “backing up and taking photos” with various geysers, likely positioning herself for a selfie when she slipped and fell into one of the hot springs. The woman subsequently drove about 50 miles with severe burns before she finally came into contact with park rangers who called in a helicopter.

A spokesperson for the park confirmed the woman’s accident: “Due to her injuries, she was life-flighted to the Burn Center at Eastern Idaho Regional Medical Center.”

It is unclear whether she fell into the famous Old Faithful or some other thermal feature. 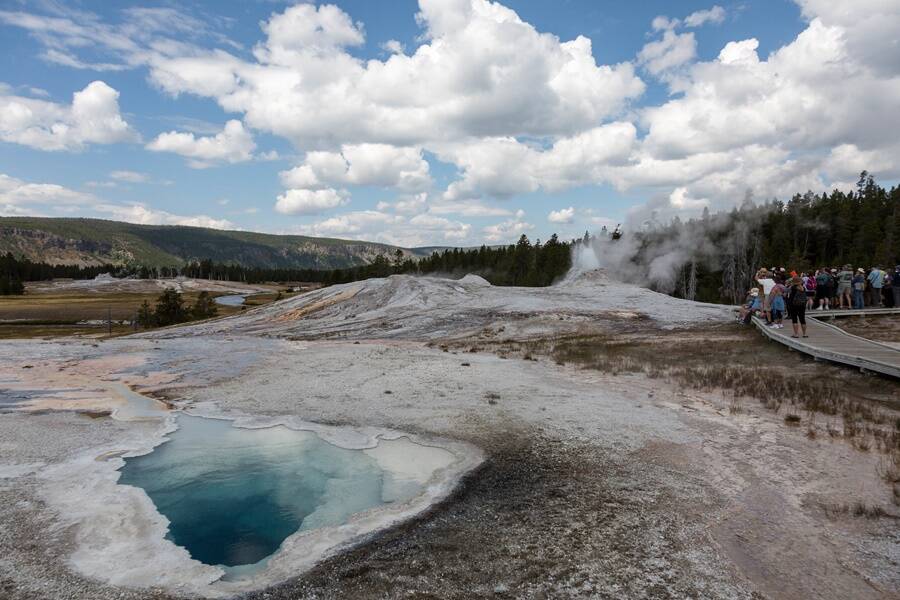 Old Faithful is one of nearly 500 geysers located inside Yellowstone and is considered a must-see for its routine eruptions that occur roughly every 60 to 110 minutes. Once dubbed “Eternity’s Timepiece,” Old Faithful’s stream can stretch more than 180 feet into the air.

Water temperature in a geyser varies depending on whether it is underground or currently erupting, but probes have recorded temperatures as high as 204 degrees Fahrenheit.

In any case, the temperature in the hot spring where the woman fell was high enough to cause her serious burns.

Unfortunately, this isn’t the first time someone has fallen into a Yellowstone geyser. Just last year, a 21-year-old survived a dangerous fall waist-deep into Old Faithful. In September 2018, a video of a male visitor went viral after he was captured on camera walking on Old Faithful, even laying down and putting his hand inside its hole at one point.

Two years earlier, a 23-year-old man fell into one of the park’s pools. Unlike the others, however, this man died and his body reportedly dissolved in the boiling pool within a day. 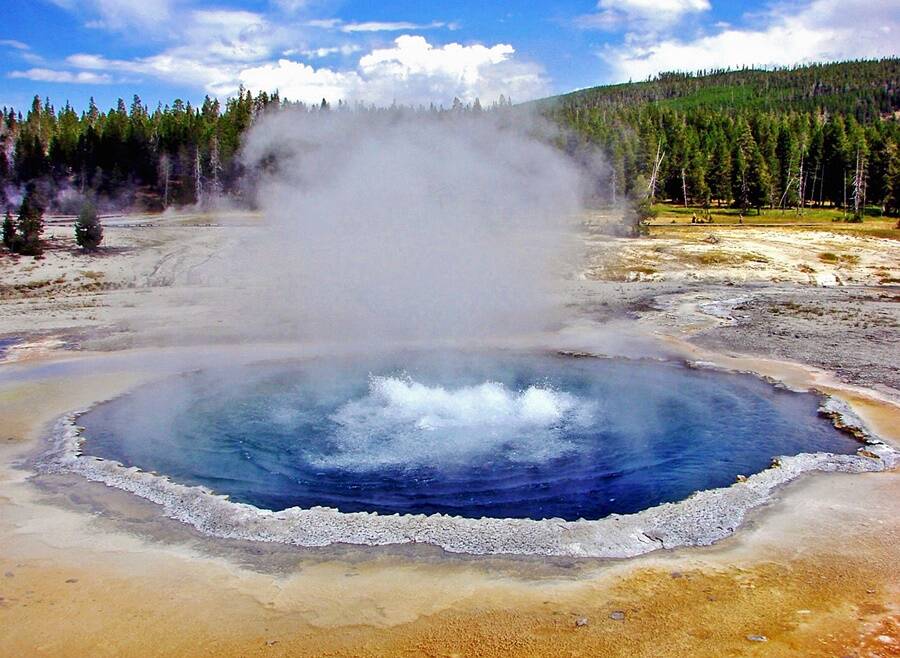 Yellowstone National Park stretches between three different states — Idaho, Wyoming, and Montana — all of which have their own state government regulations during the coronavirus pandemic.

Montana and Idaho have begun phased reopenings, though quarantine restrictions for out-of-state visitors remain in place. Wyoming is on a similar route to reopening. Yellowstone authorities have announced plans to begin reopening the entrances in Wyoming which will grant state visitors access to the southern half of the park.

“The park’s goal is to open safely and conservatively, to ensure we take the right actions to reduce risks to our employees and visitors, and help local economies begin to recover,” Superintendent Cam Sholly announced in a statement. The park plans to partially reopen on May 18, 2020.

She added: “I appreciate the cooperation we’ve had with our surrounding governors, counties, communities, and health officials in working through these challenging decisions. Our goal is to get the remaining entrances open as quickly and safely as possible.”

Let’s just hope other selfie hunters will be patient enough to wait until then.

Next, read about how a woman fell off a bridge while taking a selfie. Then, uncover the shocking number of selfie-related deaths recorded since 2014.