Dogs Go Through Emotional Troubles During Puberty Just Like Us, Study Says

Depending on the breed, dogs hit puberty when they're between four and 20 months old. Sadly, many owners relinquish their dogs to shelters during this difficult phase. 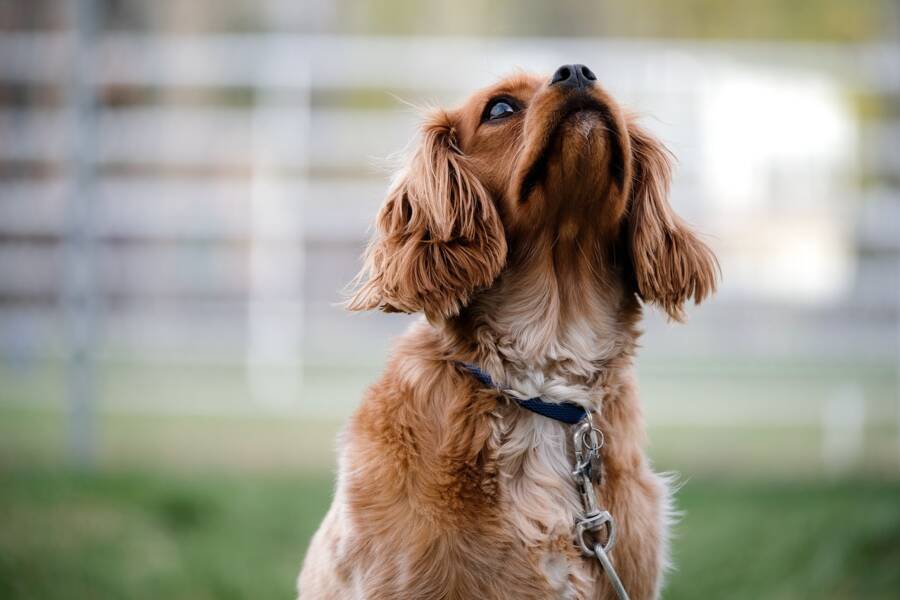 NeedPixDr. Lucy Asher hoped her research would make dog owners more understanding before taking their disobedient pets to a shelter.

Teenagers can be a moody, impatient, and unpredictable bunch. After a series of rigorous experiments, researchers at Newcastle University found that dogs go through a difficult emotional period during adolescence, as well. It’s no wonder that dogs are man’s best friend.

According to The Guardian, our four-legged companions are not only vastly less responsive to instructions during puberty, but are prone to display an increased lack of respect to their carers. The parallels to our own teenage angst are rather striking in their similarity.

“Generally teenagers that have a less secure relationship with their parents are those that are more likely to show more conflict behavior towards their parents,” said Dr. Lucy Asher, co-author of the study. “That’s the same finding that we have [between adolescent dogs and their carers].”

Published in the Biology Letters journal, Asher’s research found that dogs going through puberty typically “play up” their frustrations in order to test their bond with the carer. While this helps them assess whether it’s smarter to stay put or find a mate, it also commonly leads to their abandonment. 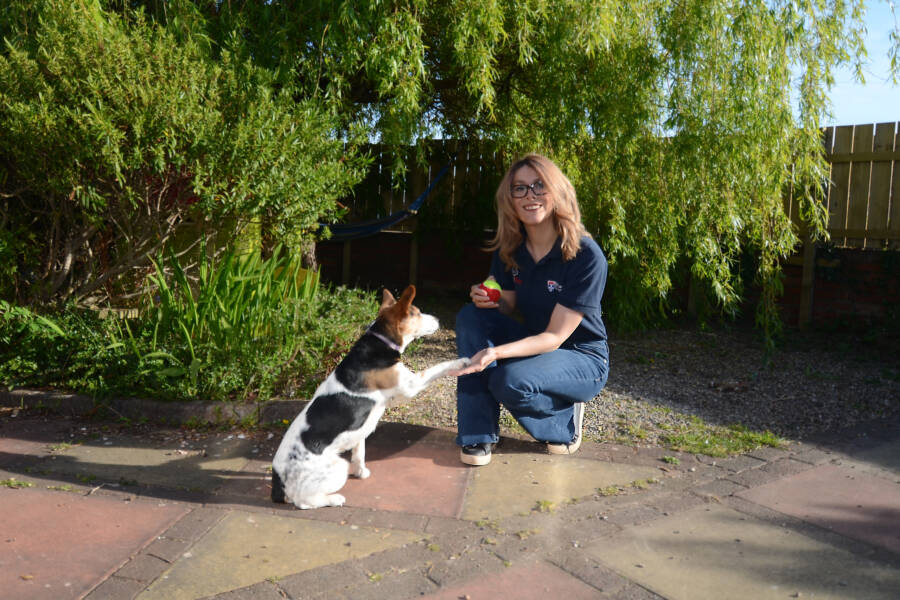 The behavioral changes occurring in canines during adolescence have been a bit of a mystery. To begin understanding them better, the team looked at the behavior of would-be guide dogs, such as Labrador retrievers, golden retrievers, or German shepherds.

These breeds transition into puberty at a very young age, between six to nine months into their lives.

“We know that there are hormonal changes and we know there is a big reorganization of the brain that occurs around that time across mammals, so we are fairly confident that is something that is going on in dogs,” said Asher.

One of the experiments tried to gauge how responsive dogs of both sexes were to commands like “sit” across various ages. The dataset was comprised of 82 dogs aged five months, and 80 dogs aged eight months — with the results suggesting the adolescents were significantly less obedient.

“They are nearly twice as likely to ignore the ‘sit’ command when they are eight months as compared to when they are five months,” said Asher. 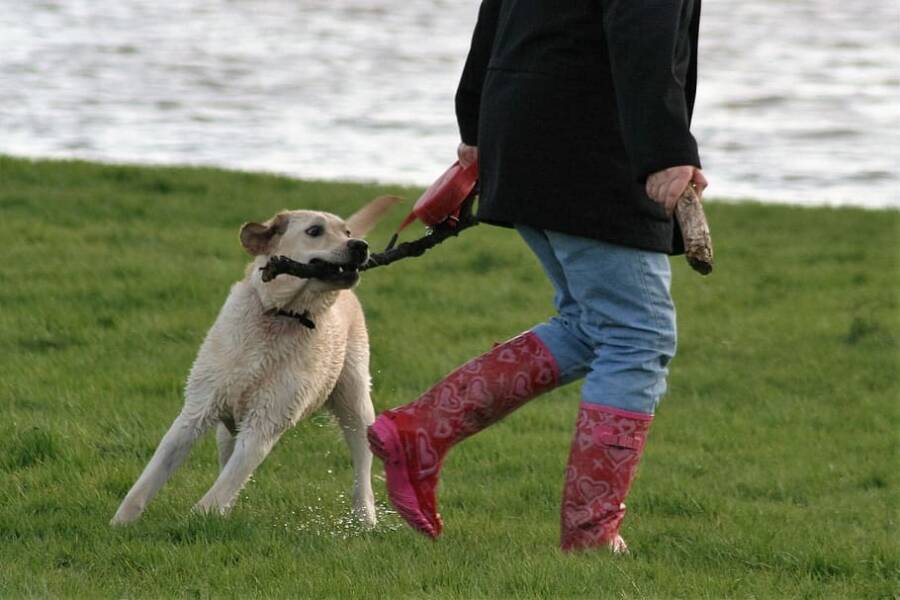 PxfuelThe study found that signs of separation anxiety in dogs such as shaking when left alone increased at around eight months of age.

Since other variables such as trust and familiarity couldn’t be ignored, the team backed up its findings with a questionnaire completed by 285 dog owners. The carers reported a severe drop in trainability occurring in their dogs between their five- and eight-month ages.

Furthermore, the research found that signs of separation anxiety such as shaking when left alone increased at around eight months of age. This period coincided starkly with a drop in obedience. Additionally, female dogs who had a less secure bond with their carers started puberty earlier.

For Dr. Claudia Fugazza of the Eötvös Loránd University in Hungary, the research was highly important in a field that severely lacks scientific insight into canine adolescence. Dr. Fugazza did note, however, that the research left much to be desired.

Primarily, the importance the study placed on questionnaires was somewhat disconcerting, as answers can be very subjective. She also argued that the comparisons between parent and child weren’t explored sufficiently in comparison to carers and their dogs, nor the factors that establish the less or more secure bond used in the study. 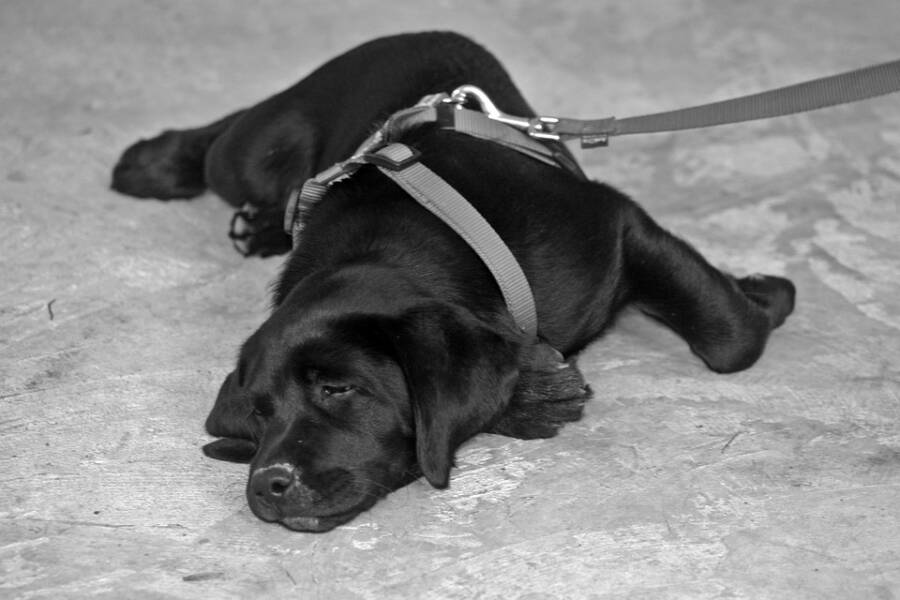 PixabayDogs aged eight months or more were found to have decreased trainability compared to their pre-puberty counterparts.

On the other hand, professor of psychology and cognitive neuroscience at the University of Cambridge, Sarah-Jayne Blakemore, lauded the published research as fascinating.

“In humans, adolescence is often associated with increased risk-taking, peer influence, and conflict with parents,” she said. “This is probably due to multiple factors including hormonal changes, brain and cognitive development and changes in the social environment.”

“The research suggests certain behaviors that we associate with teenagers are not unique to humans.”

Ultimately, that seems to be the point Asher aimed to make with her research. She hoped to turn frustrated dog owners into more empathetic ones. Asher explained that, just like teenagers, an adolescent dog’s bad behavior is temporary and rooted in biology, rather than personal defiance:

“Perhaps they are not misbehaving just because they are naughty, but it is just like in humans — the hormones are raging and there are things going on in the brain.”

After learning about the new study finding that dogs experience a difficult emotional phase during puberty just like humans, read about the study that showed dogs understand what you’re saying and how you’re saying it. Then, take a look at 21 stirring photos of brave pooches that survived Hurricane Harvey.