The discovery of these human-shaped figurines near ancient burial sites indicates they were part of a remembrance ritual, created as a way to honor the dead. 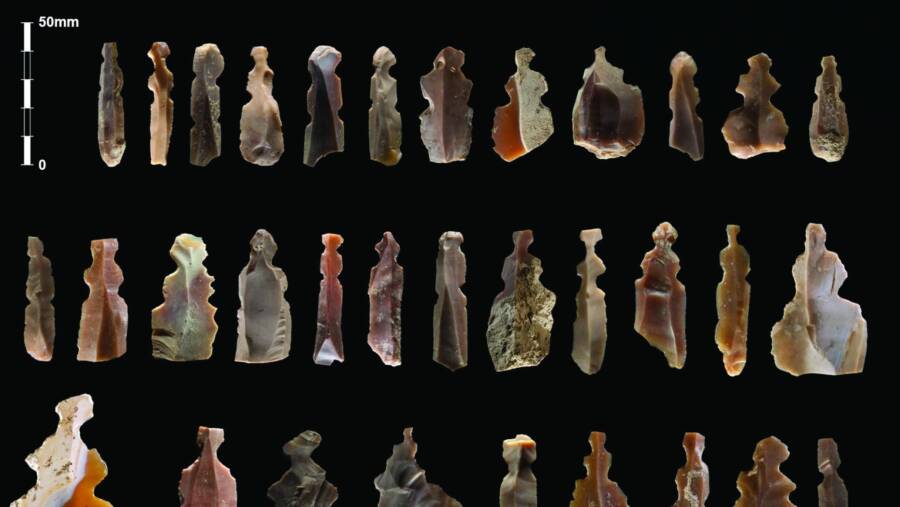 Archaeologists working on excavations in Jordan discovered over 100 figurines depicting humans dating back to 7500 B.C. According to Fox News, the flint objects found at a Neolithic dig site in Kharasyin in the Zarqa river valley were used by a cult that ritualistically dug up its dead.

Analysis of the ancient relics was undertaken by the Spanish National Research Council and Durham University in the U.K. According to IFL Science, the team initially presumed these objects were used as tools until their finely crafted humanoid shapes with waists and shoulders became apparent.

“One of the excavators suggested they were figurines, which the rest of the team were skeptical about,” said lead author Dr. Juan José Ibáñez. “However, the more we studied, the stronger the idea appeared.”

Published in the Antiquity journal, the research indicates these artifacts were used “during mortuary rituals and remembrance ceremonies that included the extraction, manipulation, and reburial of human remains.” Though the team was initially skeptical of the theory, firm evidence of this ritual just kept coming. 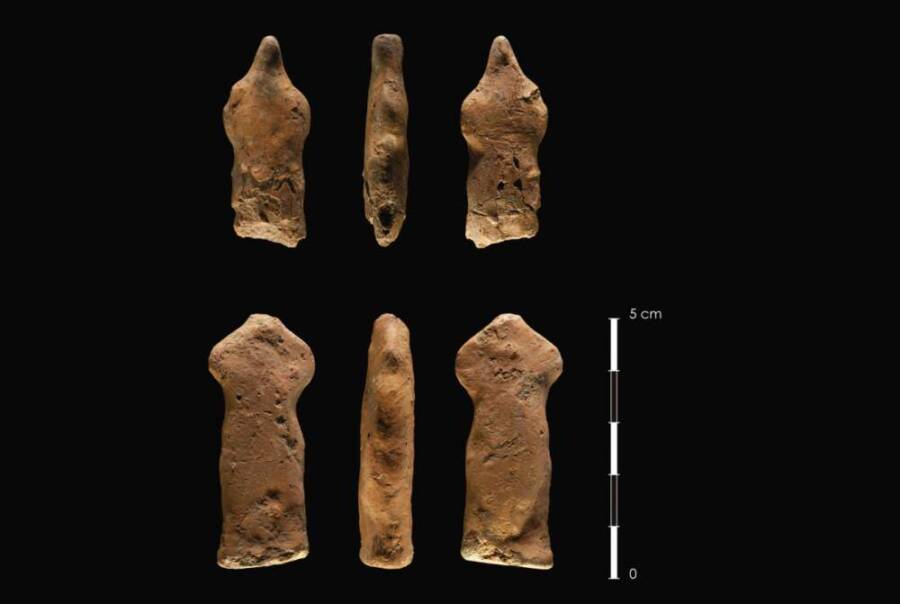 Dating to 7500 B.C., these figurines were crafted only about a century after human depictions became more common in the Early Neolithic groups of Western Asia. While the objects alone don’t portend why the shift occurred, their discovery near ancient burial sites might hold the answers.

The experts explained that of the seven original burials there, many of the remains were found to have been dug up after an initial burial. After the dead partially decomposed, some of the bones appeared to have been removed in a yet unclear practice, before being reburied.

One of the deceased even had their skull removed, while another “individual was dug up from elsewhere and reburied in this funerary area, a process also repeated with several other pieces of skeleton,” the experts said in a statement.

The nearby placement of these figurines appeared to be random, though certainly deposited in close proximity for a reason. As such, it appears to the experts that this process of digging up the dead and creating figurines to deposit may have caused early humans to begin depicting humans in their art instead of mainly animals. 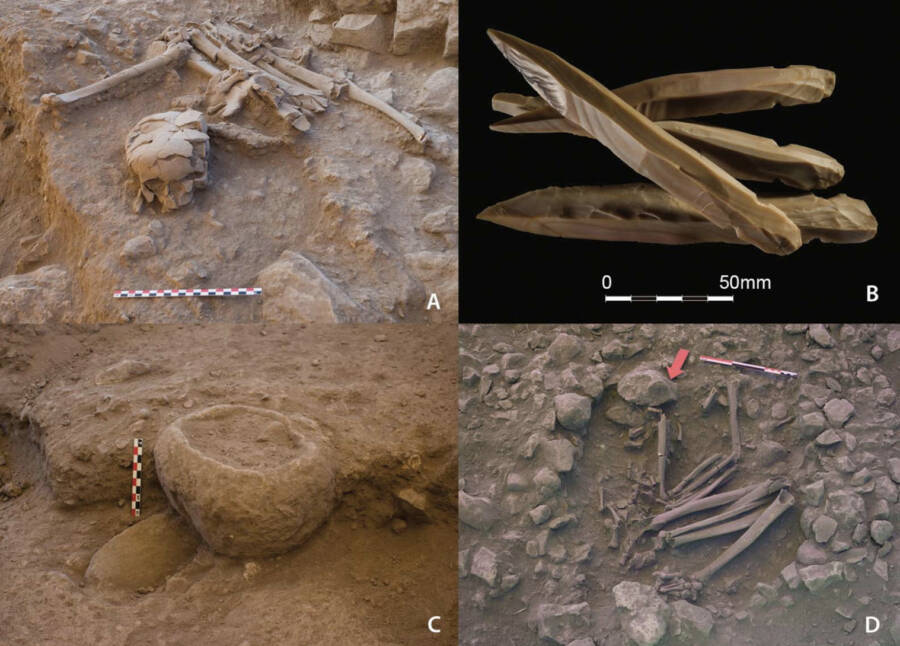 At least, that’s what thorough analysis of these ancient artifacts in Jordan suggests. The specific details surrounding this community’s belief system remain unclear. The experts suggest the figurines were representations of the dead to honor their ancestors.

“These rituals probably included remembrance of the deceased,” the study posited. “The presence of ‘figurines’ suggests that individuals could have been symbolically depicted in flint with a simple technical gesture. If this were the case, the ‘figurines’ were discarded where they were used.”

Ultimately, the thesis isn’t founded on mere speculation — its conclusion is fairly well supported by comparisons to other examples of figurines from the Neolithic Zarqa river valley. A similar trove was found at ‘Ain Ghazal, another Neolithic dig site in the region.

While the oldest depictions of humans were found in modern-day Germany and are 35,000 years old, this tangible representation of people hasn’t been seen in present-day Jordan earlier than 8th millennium B.C.

In Jordan, it seems, it was funerary ceremonies that created the cultural and artistic shift. Within a few generations, those communities pivoted from devoting their handiwork to animal figurines to those of their ancestors.

After learning about the mysterious figurines made for death rituals that were discovered in Jordan near ancient burial sites, read about the remains of ancient human sacrifice victims being found by engineers in the U.K. Then, learn about five weird death rituals that prove humanity is totally bizarre.