Only five out of 650 killifish eggs survived the long journey through the swan’s digestive tract intact. And only one of them hatched. 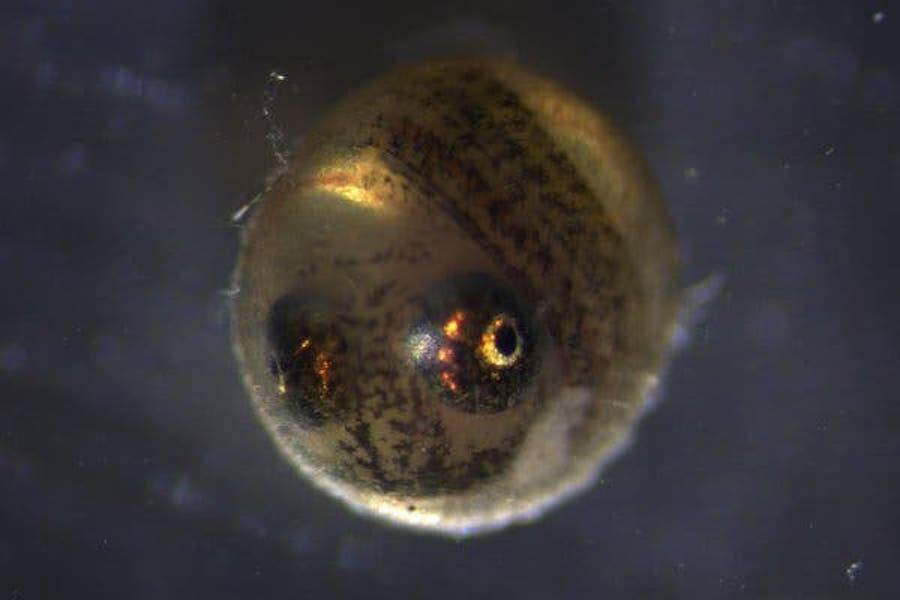 Scientists have discovered that killifish eggs can survive the journey through a bird’s digestive tract which could explain how these fish inhabit remote water locations.

Haven’t you ever wanted to see what would happen to a fish egg after a bird eats it and poops it out? No? Well, that’s the difference between you and a bunch of scientific researchers in Brazil.

In a recent study published in the journal Ecology, those scientists came to an exciting conclusion: Killifish eggs can survive going through a bird’s digestive tract completely intact — and some can even hatch afterwards.

Not only does this explain how the killifish species may oftentimes seem to appear out of nowhere to inhabit temporary small pools of water, it also proves that water birds can help disperse fish eggs through their feces.

The idea for the unusual experiment came about after Giliandro Silva, a graduate student at Unisinos University in Brazil, studied how small water plants found in bird feces were still able to survive and grow. While Silva and his colleagues were examining frozen fecal samples from a wild coscoroba swan during, they uncovered a tiny killifish egg in there, too.

Some killifish eggs survived more than 30 hours inside a swan’s stomach.

The team began to wonder: Could fish survive a bird’s digestive tract, like plants can? The killifish egg they found unfortunately was not viable, so the researchers decided to start from scratch by conducting a lab-controlled experiment to test out their theory.

Silva and his colleagues mixed approximately 650 eggs of two different killifish species into the feed of swans living in captivity in a Brazilian zoo, making it easier for researchers to monitor the birds.

Once the birds had done their business, the fecal matter was collected. Scientists found that five eggs — roughly 1 percent of the initial amount of killifish eggs — survived the journey through the birds’ digestive tracts. At least two of them were secreted after four hours, while the others survived at least 30 hours inside the swans.

Then, the group took the five surviving eggs to see whether they would develop in the laboratory. Three out of the five eggs continued to develop normally, until two of them died due to a fungal infection, which is common when fish eggs are kept in a laboratory. The sole surviving killifish egg hatched into a healthy Austrolebias minuano. 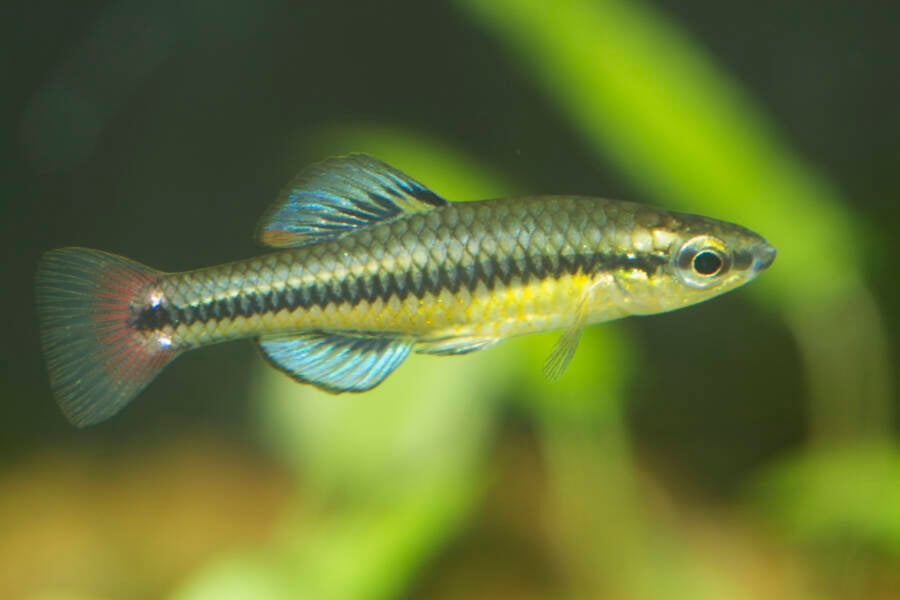 Brian There are more than 1,200 species of killifish. Most are only about one or two inches long.

“[Birds] have long been recognized as dispersing agents of organisms such as plant seeds and invertebrate eggs. What we have proven is that they can also act in the dispersal of fish,” Silva said in an interview with Tiago Marconi of Brazilian blog Ciência na Rua or Science on the Street.

As the New York Times reports, killifish are known for their astonishing ability to adapt to a range of environments, from flood lakes to desert pools and seasonal ponds.

Although killifish need water, their eggs can remain safe in dry soil until the rain refills their dried-up habitat. They’re naturally resilient creatures.

Birds have been known to carry fish eggs that were caught on their feathers, beaks, or legs, from one water habitat to the next in a process that is called ectozoochory⁠ — similar to how bees help flowers pollinate. But until now scientists weren’t sure if they could help spread fish species even after eating them.

Like in most animals, the digestive tract of the birds are not 100 percent efficient, which explains how the fish eggs were able to survive the journey inside.

Next, the team is planning to conduct a similar test using carp eggs, which hatch much faster than killifish eggs. Both fish species are invasive, so understanding how their populations can spread to other habitats outside their own could help with containment efforts.

Now that you’ve caught up on killifish eggs’ phenomenal ability to survive a swan’s stomach, learn how stick bug eggs can do the same. Then, read about the discovery of the 1,800-pound Vorombe Titan, better known as the elephant bird.