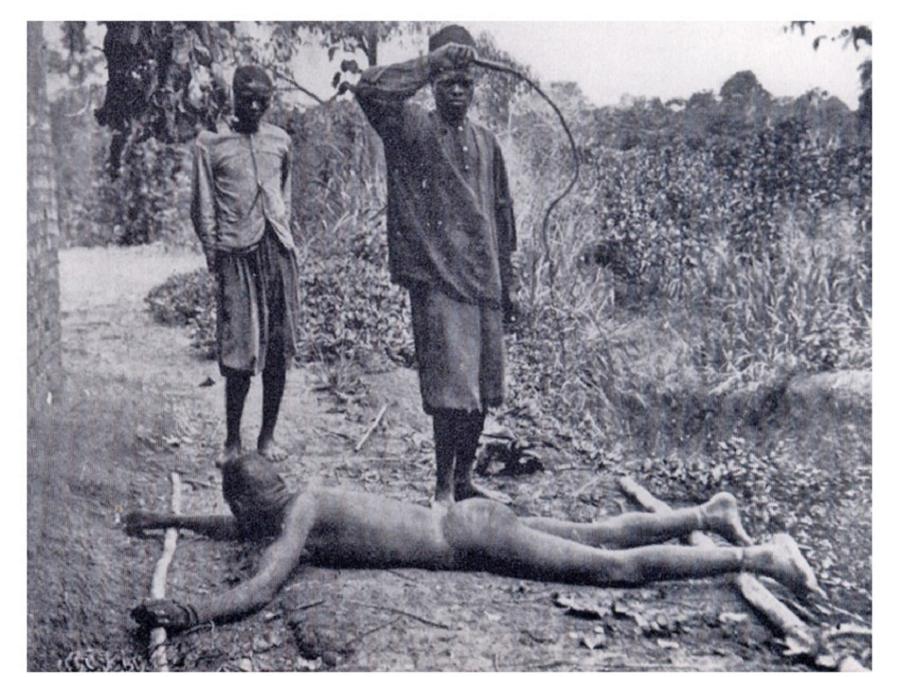 Just as many adults have a hard time overcoming a bad childhood, the Democratic Republic of Congo is still coping with trauma directly inflicted by the rule of King Leopold II. The corrupt commissions and bonus system Belgium put in place for colonial administrators stayed after the Europeans left, and Congo hasn’t had an honest government yet.

The Great African War swept over the Congo during the 1990s, killing perhaps 6 million people in the biggest bloodletting since World War II. This struggle saw the Kinshasa government overthrown in 1997 with an equally bloodthirsty dictatorship put in its place.

Foreign countries still own virtually all of Congo’s natural resources, and they guard their extraction rights with UN peacekeepers and hired paramilitaries. Virtually everybody in the country lives in desperate poverty, despite living in what is (per square mile) the most resource-rich country on Earth.

The life of a modern citizen of the DRC sounds like what you’d expect for a society that’s just survived a nuclear war. Relative to Americans, Congolese people:

Leopold II, king of the Belgians and for a time the world’s largest landowner, died peacefully on the 44th anniversary of his coronation in December 1909. He is remembered for his large bequests to the nation and the graceful buildings he commissioned with his own money.

Next, read about the worst war crimes ever committed. Then, read the tale of Ota Benga, the man who escaped the Belgian Congo for a life almost as tragic in America.