From A Drug-Fueled Car Cash To A ‘Surfeit Of Lampreys,’ These Are The Strangest And Most Gruesome Royal Deaths In History

Discover 11 of the most shocking ways royals have died, from the Greek King killed by a monkey to the English Conqueror who buckled under his own weight.

In fairytales, princes and princesses lived charmed lives that always include a happy ending. But as this list of 11 royal deaths proves, monarchs have met plenty of bizarre ends over the centuries.

Some of the royals included here had a fatal interaction with food, like the king who ate too many lampreys, another king who ate too many pastries, and the duke who was drowned in a vat of wine. Others met shocking ends while firing cannons, recovering from an illness, or trying to become immortal.

Though many are better known for what they accomplished in life, quite a few of the royals on this list are only remembered because of the bizarre way they died.

The Unexplained Death Of Alexander The Great 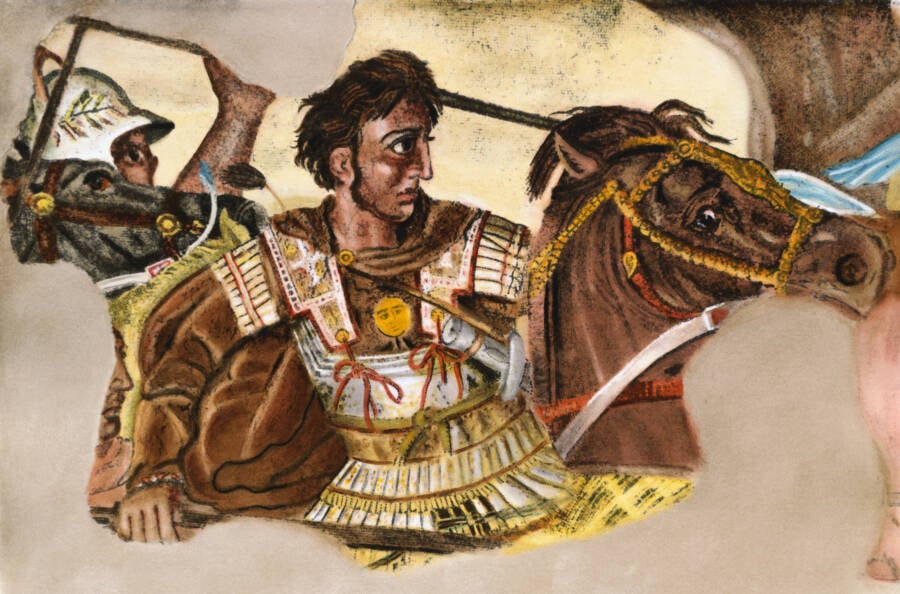 Bettmann/Getty ImagesA depiction of Alexander the Great in the Battle of Issus, ca. 310 B.C.E.

In life, this conqueror established a reputation as a brilliant military mind, a powerful king, and the force that created the largest empire in the ancient world. But Alexander the Great’s death at the age of 32 has left historians scratching their heads.

By 323 B.C., the year that he died, Alexander the Great had established a far-flung empire that covered some two million square miles, according to the BBC. After inheriting the kingdom of Macedonia, he’d steadily conquered so much land that his kingdom stretched from Greece all the way to India.

But as he prepared to expand his empire, Alexander the Great was suddenly struck by a mysterious fever in Babylon, present-day Iraq. Over the next 12 days, the great conqueror grew sicker and sicker. 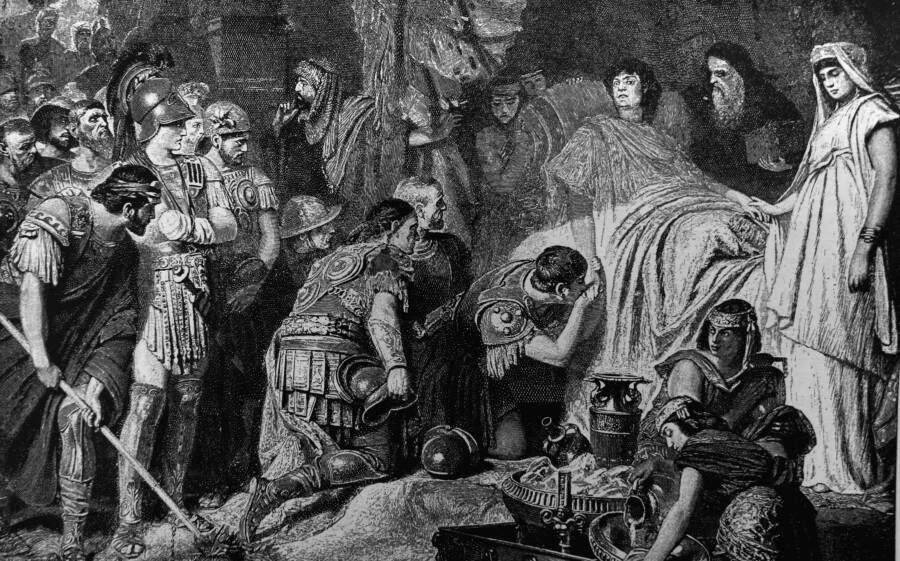 According to the Smithsonian, Alexander the Great suffered from a pain in his back that felt like being impaled with a spear, unquenchable thirst, and creeping paralysis. Before long, the conqueror couldn’t even raise his head.

By the time he died in June 323 B.C.E, no one was sure exactly what had killed him. Adding to the mystery was the fact that Alexander the Great’s body allegedly didn’t decompose for six full days which, according to History, led some of his contemporaries to believe that he wasn’t a man at all, but rather, a god.

So how did Alexander the Great die? This royal death has confounded historians for years. Some believe that he was infected by malaria while others suspect that the conqueror was actually poisoned.

One scholar, Katherine Hall, even posited that he suffered from the neurological disorder Guillain-Barré Syndrome, which would have paralyzed him to the point that he would have seemed dead though wasn’t yet, thus explaining his slow decomposition.