Kitten Rescued From The Open Waters Of The Gulf Of Mexico

The kitten is now safe at home with the captain of the ship that rescued it. 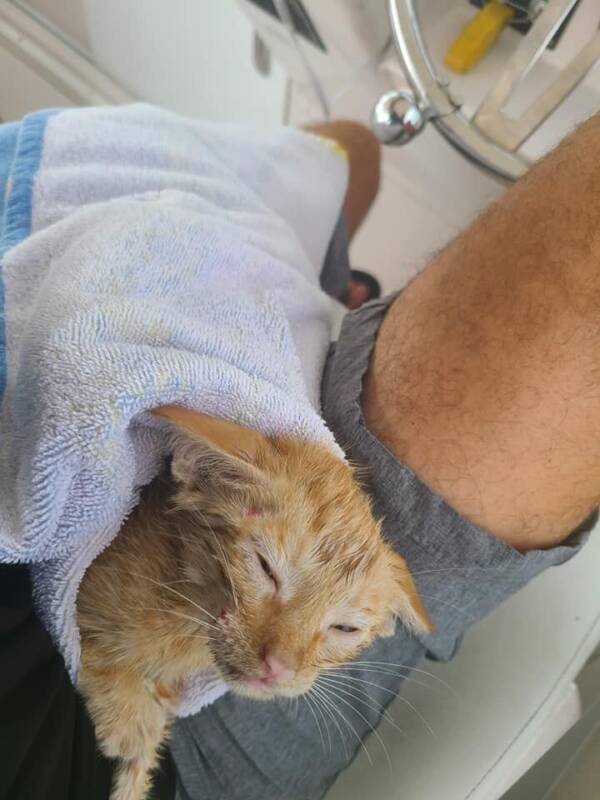 Still Flyin Charters/FacebookThe crew believes it is a male that is no more than a few months old.

Among the creatures you might expect to find out in the open ocean, a cat certainly is not one of them. But that’s precisely what an Alabama-based boating company found nearly drowning in the Gulf of Mexico.

According to Fox 29 News, a boat for the company Still Flyin Charters departed for a regular day-cruise through the Perdido Pass in Orange Beach when it came upon a harrowing scene straight out of a Lifetime drama.

As the boat made its way through the Perdido Pass, which connects the waterways between Perdido Bay and the Gulf of Mexico, they saw what they first believed to be a sea turtle. But upon closer inspection, the crew realized that it was a drowning kitten. The crew swung the boat around in order to rescue it.

“He was struggling to stay up,” Captain Steve Crews who owns the boating company later reported.

The crew quickly went into high-gear to save the terrified animal. According to Crews, the drowning kitten meowed constantly as the crew tried to figure out a way to get it aboard the ship without further traumatizing it.

Our catch of the day. Poor little guy was sucked out by the tide. We caught him just outside the pass in the gulf. He…

Once the soaking kitten was brought safely aboard, the crew dried and comforted it as they made their way back to shore. The episode was documented in several snaps taken during the time of the dramatic rescue and was later shared by the company on its official Facebook page.

“Our catch of the day,” the crew reported. “We caught him just outside the pass in the gulf.”

As of now, the crew can only speculate about how the cat wound up so far out at sea. They reasoned that the “poor little guy was sucked out by the tide.”

Once the cat had dried and calmed somewhat, it became clear that it was a young orange male. There was no confirmation as to how old it was but based off the photos the company posted online the kitten couldn’t have been more than several months old.

Nevertheless, this rescue story that could have turned tragic found a somewhat happy ending. According to the company’s post, one of their deckhands tried to place kitten in a forever home, but the animal refused.

And so for now, Crews and his family are caring for it. Crews added that the animal remains skittish but will accept food and water from him and his wife. He also thinks they might name it “Sharkbite” or more fittingly, “Lucky.” 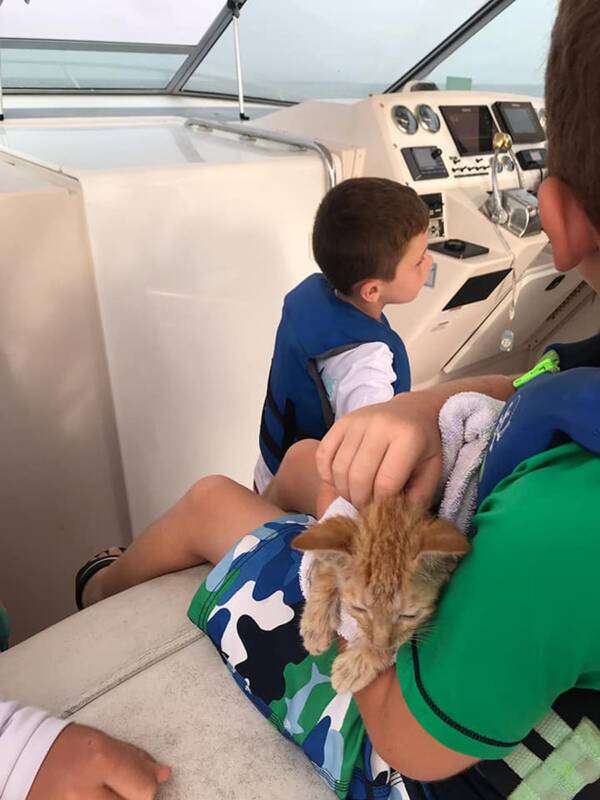 Still Flyin Charters/FacebookPassengers comforting the rescued cat aboard the boat.

As bizarre as this case may be, it wouldn’t be the first time boaters have discovered such animals inexplicably stranded out at sea.

In April 2019, workers on an oil rig off the coast of Thailand rescued a dog that had been spotted swimming out in the open ocean. The lost dog was remarkably found roughly 135 miles away from the shoreline. After the dog was rescued out of the water, she was taken by a crew on an oil tanker back to dry land.

“When we first took her onboard she was depressed and tired from being in the water for a long time,” said Vitisak Payalaw, one of the oil rig workers who saved the pooch. “She had lost her body water. When we gave her water and minerals her symptoms improved. She started sitting up and walking normally.” 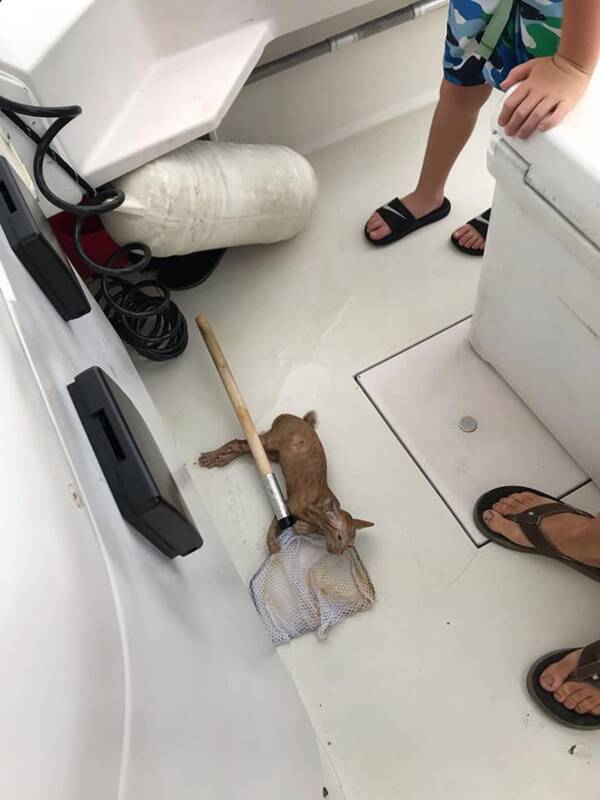 Still Flyin Charters/FacebookCrew members think this little guy was pulled out into the gulf by the tide.

Just like this kitten, nobody could quite figure out how that dog had ended up in the middle of the ocean so far away from shore. Yet, that story, too, ended in a happy tale. The dog was later put under the care of local animal charity Watchdog Thailand where she could be placed in a new home.

At least in these two cases, animals that had mysteriously been lost at sea returned to a new loving life.

Next, watch this video of the grueling rescue of a baby elephant that had been uncovered nearly nine miles out at sea by the Sri Lankan Navy. Then, watch another video of a woman ripping her shirt off to save a koala trapped in the wild Australian bush fires.