Discover The Dark Side Of The World’s Most Expensive Coffee, Kopi Luwak

The price for a cup of so-called "cat poop coffee" is exorbitant, but comes at the expense of this small Asian mammal.

Meet the civet: a raccoon-like nocturnal mammal native to the tropical forests of Asia. It was once considered a pest in the urban areas of Indonesia — but its dung has proven to be a very valuable commodity.

Though the small creatures would enrage locals by climbing on buildings at night and making too much noise, their droppings are more of an asset than a nuisance. Indeed, inside civet poop is the secret ingredient to one of most expensive coffees in the world, known as kopi luwak.

But even though a cup can for more than $100, this delicacy comes at the cost of the civet’s livelihood.

What Is Kopi Luwak, The World’s Most Expensive Coffee? 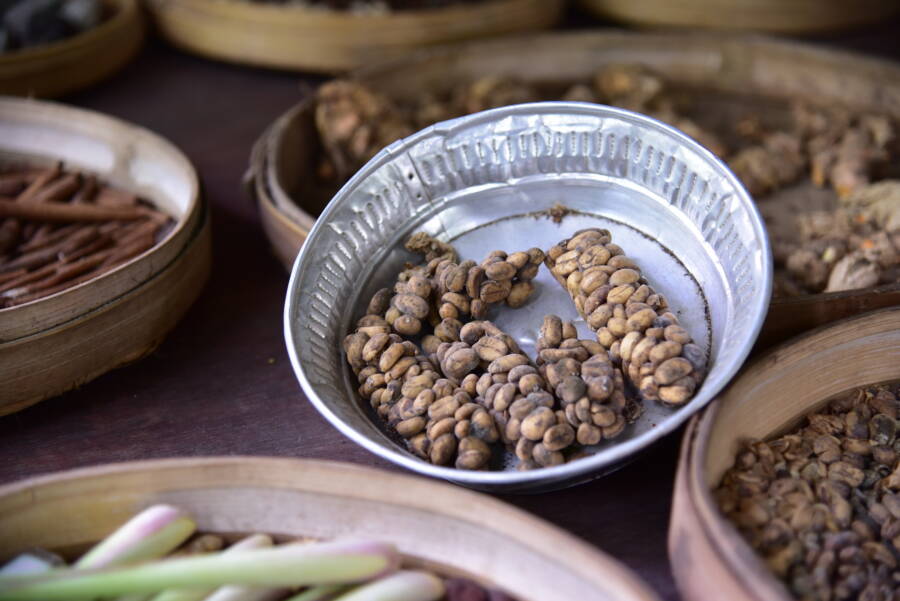 FlickrPictured is the scat from the Asian palm civet which is filled with the undigested seeds of coffee cherries.

The coffee beans we grind to make coffee aren’t actually beans at all; they’re seeds.

These seeds come from the round reddish berries of the coffee plant, a tropical shrub native to Asia and Africa. Sometimes called coffee cherries, these berries are sweet and, like their seeds, highly caffeinated. 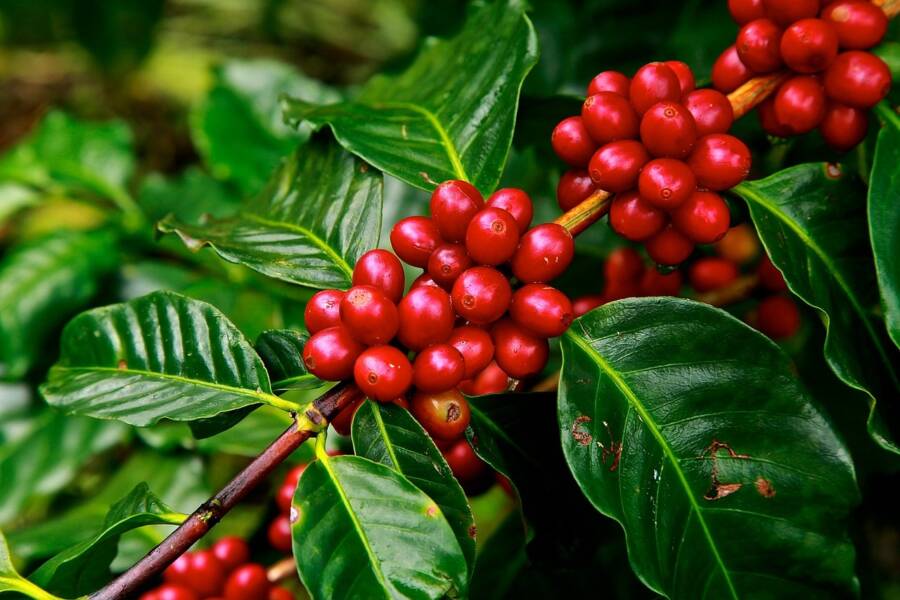 Civets prowl the forests of Indonesia and eat the coffee cherries, seeds and all. While their digestive systems break down the flesh of the berries, they can’t process the seeds; those come out undigested in the civet’s droppings.

The coffee “beans” are then harvested from the scat, washed, roasted, ground, and brewed. The result is one of the most expensive coffee beans in the world, and can cost an astonishing $600 dollars per pound.

Whose Idea Was This Civet Poop Coffee? 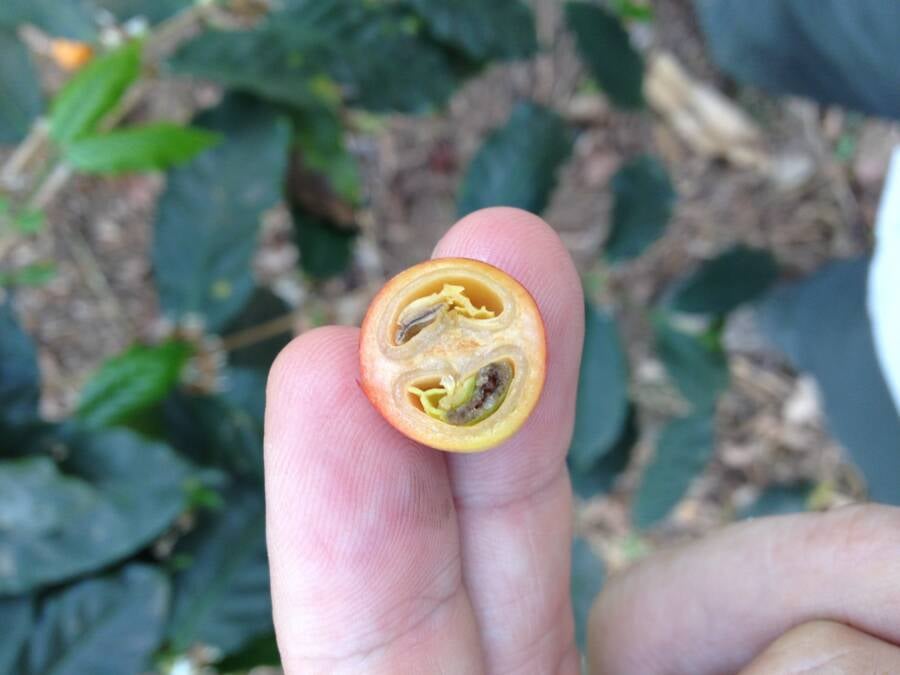 Wikimedia CommonsA cross-section of a coffee cherry, with the two “beans” (seeds) visible inside.

So whose idea was it to harvest undigested coffee beans from civet droppings?

In the 1800s, the popularity of coffee was growing rapidly. To meet the increased demand, the Dutch banned Indonesian farmers from producing or selling the beans for local markets.

Harvesting the beans from civet droppings was a way around the colonizer’s prohibition; the Dutch didn’t have a monopoly on animal dung.

The Indonesian farmers found that the undigested seeds that clustered in civet droppings were already relatively clean; they were protected by a lingering layer of the coffee berry called the endocarp.

If they washed and roasted the seeds — further minimizing the chances of encountering bacteria from the civet’s digestive tract — the result was a delicious, aromatic brew that quickly became popular on the islands.

Is It Really Better Than Regular Coffee? 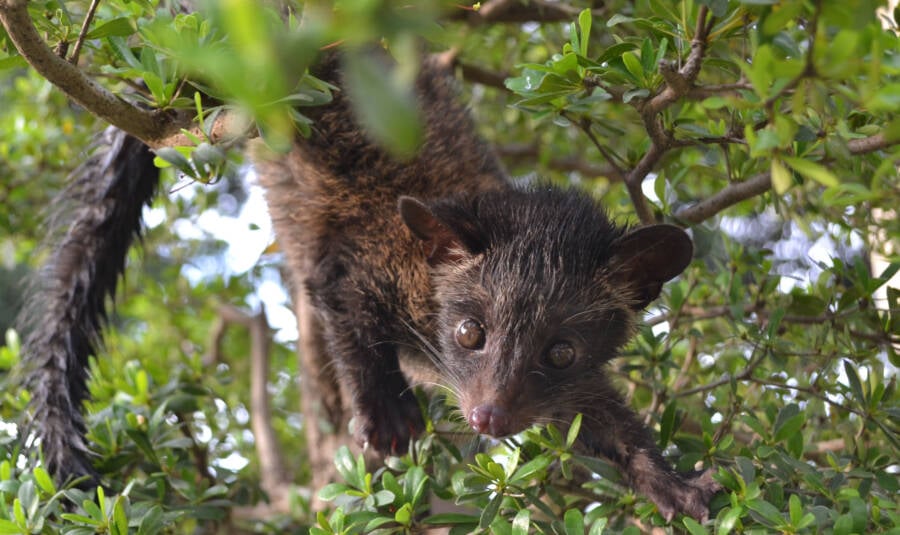 Wikimedia CommonsA civet makes its way down the branches near a coffee plant, hunting for berries.

Those who say kopi luwak is superior to run-of-the-mill coffee point to two factors that distinguish it — though not everyone finds their evidence compelling.

The first is choice. The civets who eat the coffee plants’ berries are, according to kopi luwak’s proponents, choosey. They select the ripest and best of berries to eat, which means the seeds are of a better quality than those people harvest.

Then there are the chemical changes fans say the seeds undergo in the civet’s digestive tract. The civet’s stomach enzymes seep into the coffee beans during digestion, altering their flavor by further breaking down the beans’ proteins.

Since they spend a day and a half to two days inside the civet, they also undergo a kind of malting process — the seeds begin to germinate. Malting makes the plant a little sweeter (think of malted barley or malted ale). 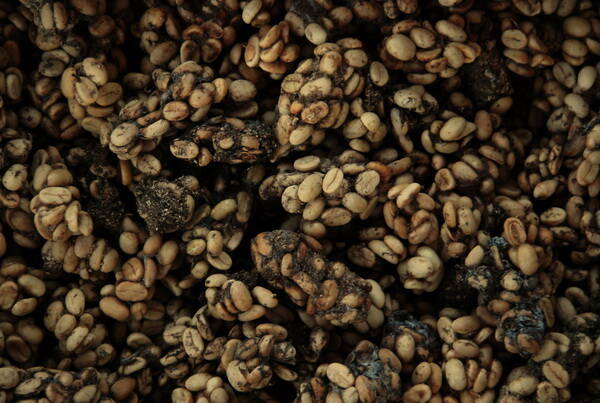 FlickrMounds of civet poop dry so that the seeds can be harvested from them.

The result is, according to some, a smooth coffee with a unique taste that’s substantially less bitter than most brews and has an especially pleasant aroma.

Scientifically, there’s little question that the coffee is chemically a little different — but how noticeable is that difference and is it a positive one?

Coffee connoisseurs around the world disagree, and for every expert who extols the virtues of civet coffee, there’s another telling consumers not to believe the hype.

But before you run out and find some kopi luwak to taste for yourself, there are a few things you might want to know about the ethical implications of this “poop” coffee. 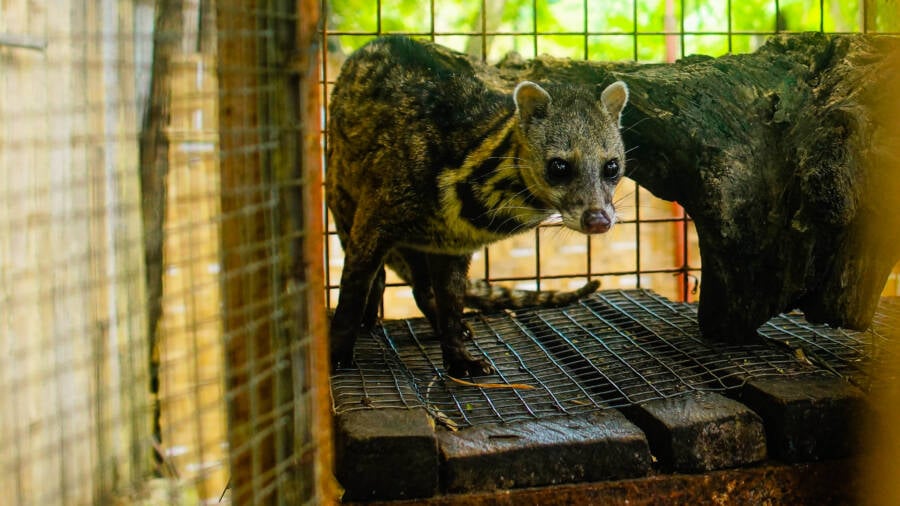 While civets may no longer be considered pests, they are instead farmed en masse for their lucrative waste.

Instead of exterminating them, farmers across Southeast Asia, particularly in Indonesia and the Philippines, now entrap civets and keep them in cages on coffee plantations, which is streamlines the production of kopi luwak coffee and attracts tourists from all over the world to encounter the native wildlife.

Farmed civets are often left in dismal conditions, forced to pace urine-soaked wire cages that are neither sanitary nor comfortable for them.

Furthermore, to increase the number of seeds in the animals’ droppings, farmers often feed captive civets only coffee cherries, instead of the varied diet they eat in the wild, which includes insects and small reptiles.

These living conditions have caused stress, illness, and a higher mortality rate among caged civets and, as a result, the coffee has suffered.

Indeed, coffee connoisseurs say harvesting beans from captive civets can also have an impact on the taste.

Why Kopi Luwak Coffee Is Now Selling For Less 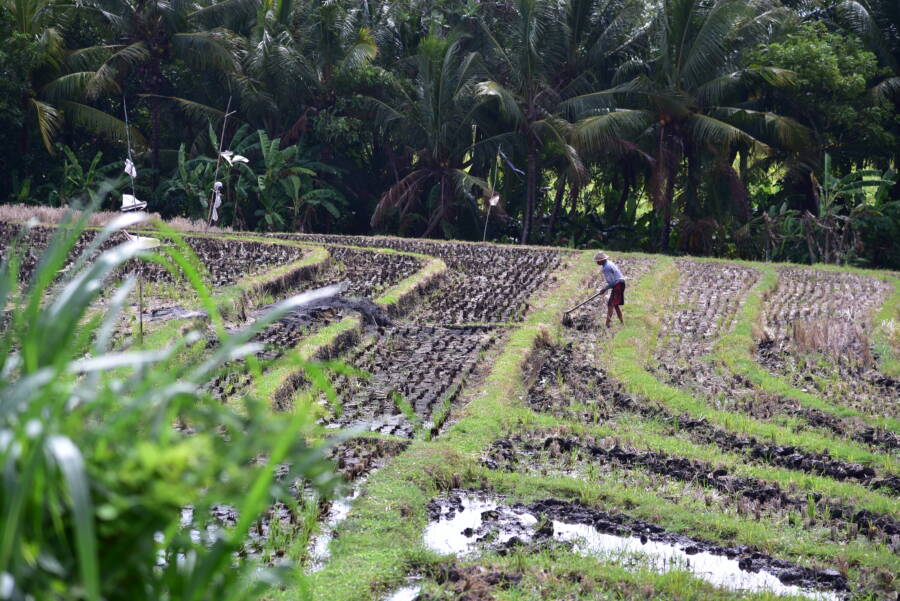 Farmed kopi luwak is considered lower grade than the kind produced from beans found in the wild, in part because the practice of farming itself undermines part of the rationale behind kopi luwak’s success: that civets choose better cherries than people do.

When farmed civets are fed human-picked cherries in captivity, then they are not carefully selecting the berries they would have in the wild which, according to the experts, makes for a less successful brew.

What’s more, coffee connoisseurs say the stress felt by animals in poor living conditions affects their digestive systems and, by extension, the quality of the coffee. 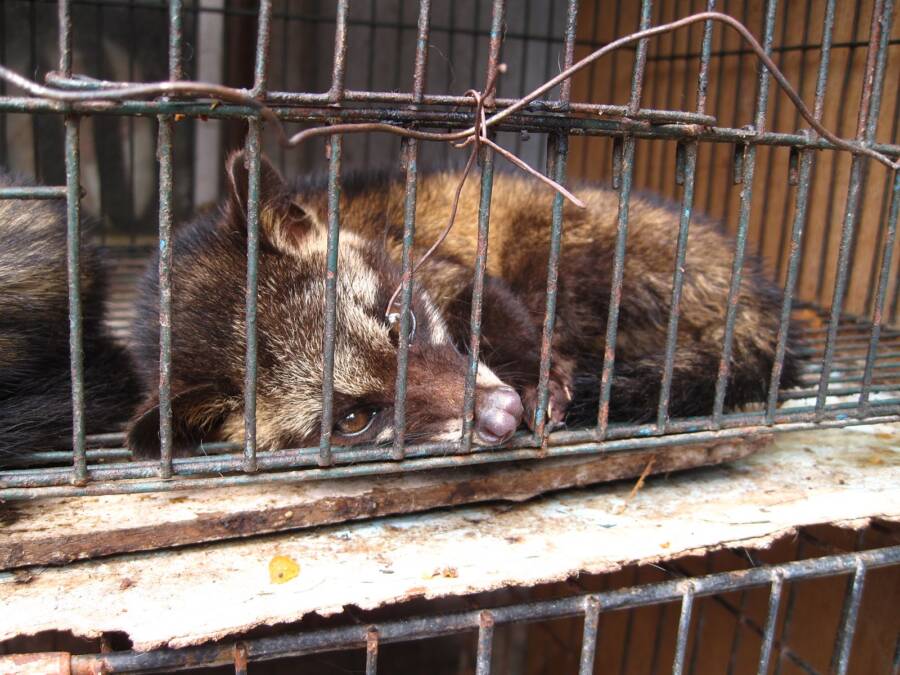 This exploitation of the civet has led to some backlash, with animal welfare organizations encouraging people to only buy kopi luwak that comes from the droppings of wild civets.

The problem with this, however, is that there is currently no way to verify where civet coffee beans come from when they are imported.

And as the price associated with wild civet–poop coffee increases, sellers become motivated to fib about the origins of their beans.

These ethical implications, along with the hefty price tag that comes along with one cup of kopi luwak, may be enough of a reason to simply stick to Starbucks.

After learning about kopi luwak, the most expensive coffee in the world, read about another expensive and unusual delicacy, bird’s nest soup. Then, learn about the complicated history and future of shark fin soup.