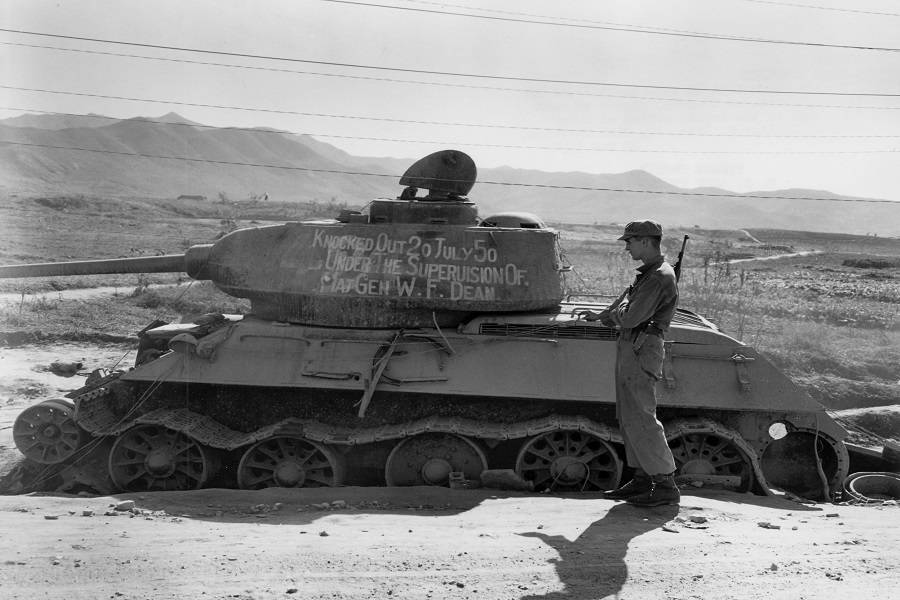 The consequences of the United States’ bombing policy for those on the ground was horrifying. Over the three years of the Korean War, the UN forces – primarily the U.S. Air Force and Navy – dropped 635,000 tons of munitions from the air onto the Korean Peninsula.

That’s almost 140,000 tons more than were dropped across the entire Pacific Theater throughout all of World War II, and this tally included more than 32,000 tons of napalm and significant quantities of Agent Orange, the defoliant that would eventually become infamous for the damage it did in Vietnam a decade later.

Much of the destruction was aimed at the little war production that North Korea had within its borders. However, when those targets were exhausted, the bombers were just as happy to rain down explosives and incendiaries on civilian villages far from the fighting front.

Nobody kept very careful records of who died during these raids. Though, along with those who died from starvation and disease, the numbers killed by direct action here are certainly in the high hundreds of thousands, if not more than 1 million.