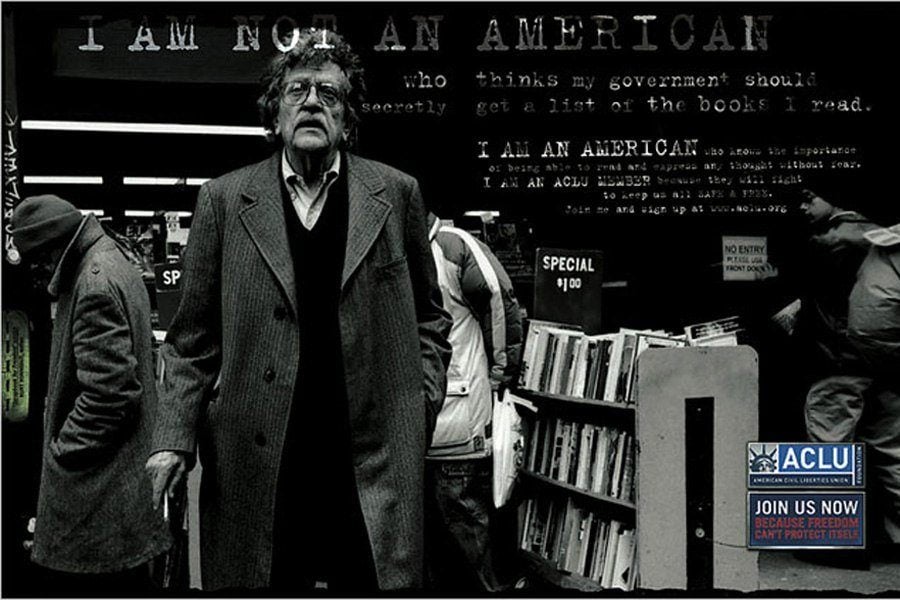 Flickr/sarasmileVonnegut in an ad from an ACLU campaign using celebrities to argue that dissent and privacy are fundamental American rights, even in times of war.

According to the American Library Association (ALA), Slaughterhouse-Five is among the most banned book of the 21st century. In 2011, for example, the Republic, Missouri school board voted 4-0 to remove it from area high schools based on a recommendation from an assistant professor at Missouri State University.

The professor, Wesley Scoggins, wrote, “This is a book that contains so much profane language, it would make a sailor blush with shame. The ‘f word’ is plastered on almost every other page. The content ranges from naked men and women in cages together so that others can watch them having sex to God telling people that they better not mess with his loser, bum of a son, named Jesus Christ.”

According to ALA officials, proposed bans like these are symptomatic of societies in flux. “People want something they can control when times are changing,” said Barbara Jones, the director of the ALA’s Office for Intellectual Freedom. “When times are hard, people get anxious about traditional values.”

Because of the ban, the Kurt Vonnegut Memorial Library gave away 150 free copies of Slaughterhouse-Five to any student who wanted to read it.

He opened one of the first Saab dealerships in America

Vonnegut, not yet an established literary force, opened his dealership in West Barnstable, Massachusetts in 1957. He proved to be an unsuccessful car salesman who cared little for his product, then a Swedish import just starting to make inroads into the American market.

Vonnegut would later chalk his lack of literary awards to his less-than-stellar skills in sales. “I now believe my failure as a dealer so long ago explains what would otherwise remain a deep mystery: Why the Swedes have never given me a Nobel Prize for Literature,” Vonnegut wrote in a 2004 essay for In These Times. 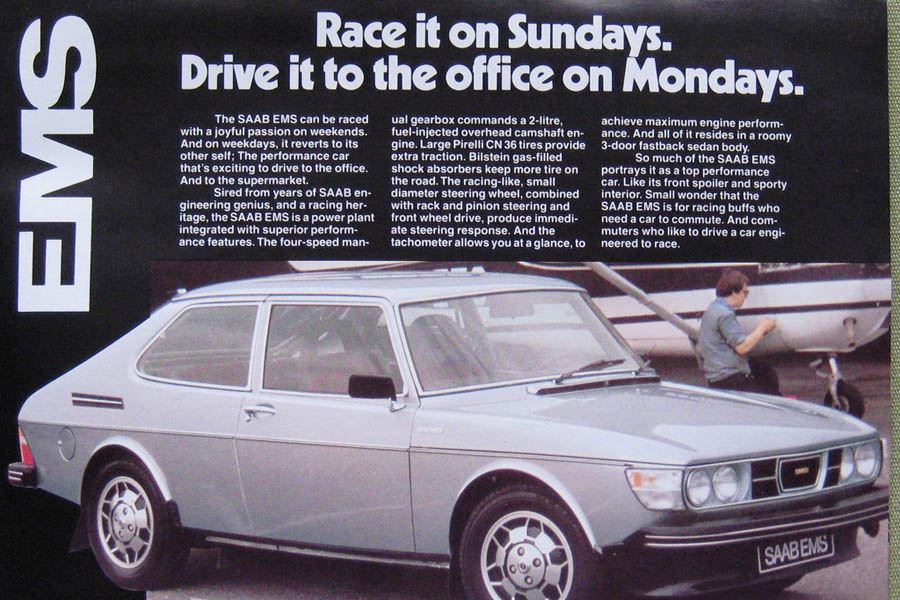 He considered his smoking “a classy way to commit suicide”

Vonnegut started smoking Brown & Williamson’s Pall Mall cigarettes at age 13. He told Rolling Stone in a 2006 interview that he ought to sue the company for false advertising. “And do you know why?” he said, “Because I’m 83 years old. The lying bastards! On the package Brown & Williamson promised to kill me.”

There’s an asteroid named after him

On November 11, 1999 — Vonnegut’s 77th birthday — employees of Arizona’s Fountain Hills Observatory discovered an asteroid, which they named the 25399 Vonnegut.

He served as a volunteer firefighter

Vonnegut always held firemen in high regard, and beyond portraying them as selfless in his novels, Vonnegut wanted to pay tribute in real life. Thus, after returning from WWII Vonnegut became a volunteer firefighter at a station in Alplaus, New York.

When he died in 2007, the firehouse executed the traditional salute to a fallen member: The bells tolled a special cadence in his honor. The Kurt Vonnegut Memorial Library speculates that of all the tributes the author’s death inspired, Vonnegut would have found this one especially meaningful.