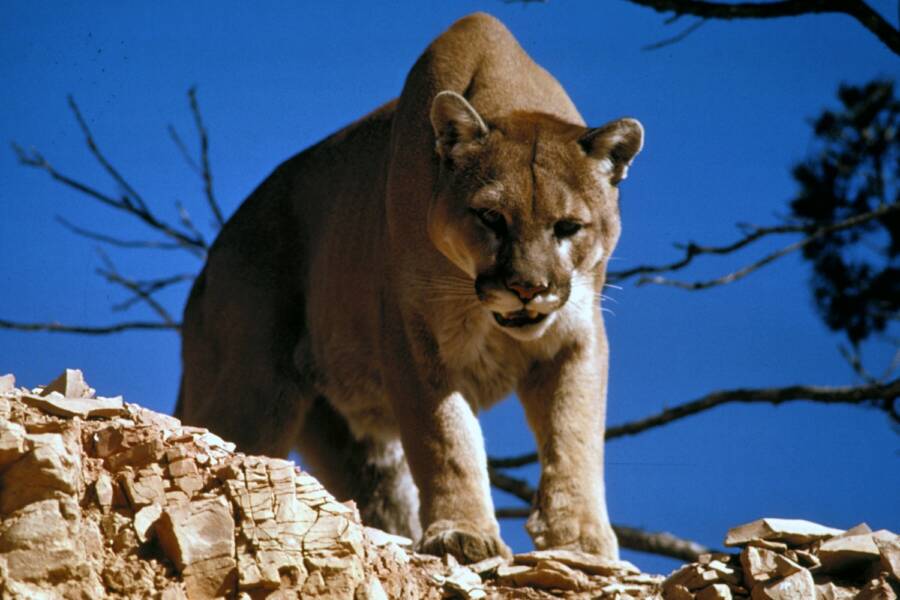 Wikimedia CommonsMountain lions, or cougars, are a protected species in Utah.

On the evening of October 10, Utah resident Kyle Burgess went for a run — and ended up running for his life from a female mountain lion. The 26-year-old not only escaped with his life, but he also captured the harrowing experience on film, which has since riled up viewers.

According to Fox News, Burgess was on a two-mile run on the Slate Canyon trail near Provo when he noticed some kittens just off the trail. Believing they were perhaps bobcats, Burgess tentatively approached them and began filming.

“I didn’t really know what kind of cubs they were or what animal they were,” Burgess later said. “Once I did realize what they were, I was like, that’s mom right there. I’m screwed.”

The mother immediately charged Burgess, who turned and ran screaming, “No! No! I’m big and scary! Go away!”

Burgess had the right idea, according to the National Park Service (NPS), the best way to fend off an approaching mountain lion is to appear as large and intimidating as possible.

Burgess was also right in making sure never to turn his back on the animal. The NPS states that mountain lions don’t want to engage in a confrontation they think they might lose, and even avoid confrontations with other mountain lions because of this.

The NPS also suggests throwing things directly at the animal if it does not relent. However, one must try not to turn around or bend over while reaching for said item, as it could be an invitation to the mountain lion to pounce.

As such, Burgess’s decision to face the mother lion and attempt to scare her off was likely the best course of action here — though it was no less terrifying.

“Ok, this is when I f-cking die,” Burgess can be heard saying in the video as the mountain lion continues to approach. “Come on, dude. I don’t feel like dying today.”

But for the next six minutes, Burgess feared he just might as the agitated cat continued to stalk him. At his wit’s end and running on nothing but adrenaline, Burgess proceeded to growl and scream at the predator, which responded in kind. “You’re a good little kitty,” Burgess said, which was followed by a swift, “Holy shit! Holy shit!”

Finally, Burgess managed to scoop up a rock and aimed it squarely for the animal’s head, which sent it running off.

Burgess initially uploaded his footage to Instagram and YouTube, and explained that his mistake was thinking a batch of cougar cubs was a group of fairly harmless bobcats. And his video has since polarized viewers into two camps: those who applaud him for his survival instincts, and those who blame Burgess for instigating the encounter to begin with.

The Utah Division of Wildlife Resources, meanwhile, took full advantage of the incident in order to provide the internet with some lifesaving advice. The Division advised against ever running from a cougar, as Burgess initially did. It also added that stopping and maintaining eye contact with the animal is essential to intimidating it. One’s last line of defense would be to fight back in the event of a physical attack. They add that one ought to protect their head and neck when possible.

Fortunately for Burgess, it never came to this point. He recently regaled CNN’s Anderson Cooper with his story.

“I felt like if I did anything sooner, she would have felt like I was attacking her baby cubs and it would have ended a lot differently,” he said. “I’m not the biggest person… so this cougar could take me down in a heartbeat.” 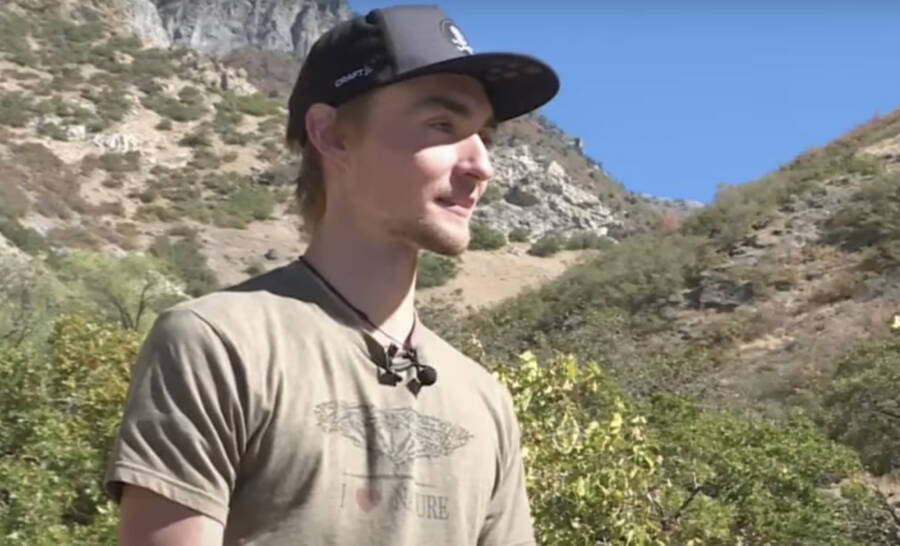 YouTubeBurgess said that the incident won’t keep him from enjoying the great outdoors.

This isn’t the first time someone managed to evade a mountain lion attack. In 2019, a Colorado runner managed to get an encroaching mountain lion in a headlock, choking it to death. “Everyone is baffled and impressed,” a spokesperson for the Colorado Parks and Wildlife Department said at the time. “He had no weapons, no knives or trekking poles with him. How did he do it? It’s pretty rare.”

In the end, Burgess’s distressing video depicts an admittedly scary situation that nonetheless ended in the best possible way. Not only were none of the cougars — a protected species in Utah — unharmed, but Burgess got away scot-free, too.

After watching this Utah hiker survive a six-minute chase with a mountain lion, read about the Oregon woman who claimed telepathy helped her survive finding a mountain lion in her living room. Then, learn why and how mountain lions are dying of the Black plague in Yellowstone National Park.