As the water level of Lake Mead has dropped to its lowest point in 85 years, visitors have discovered the skeletal remains of two people whose corpses once rested below the surface. 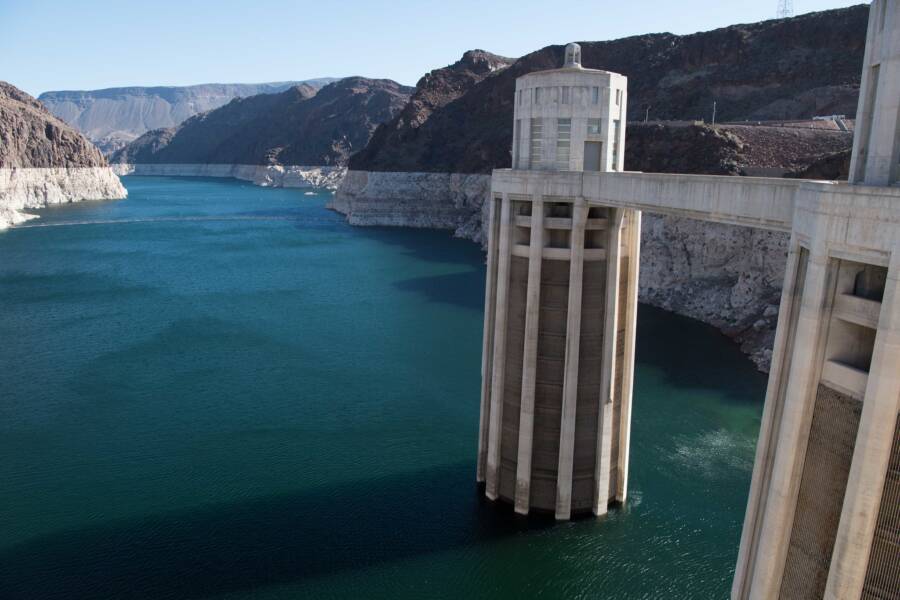 Alex Stephens/Bureau of ReclamationLake Mead with a portion of the Hoover Dam visible on March 2, 2018, when the water level was 1,088 feet. Since then, the surface has dropped another 33 feet and revealed two corpses.

When the Hoover Dam created Lake Mead out of the Colorado River in 1936, it opened up a sprawling recreational area and boaters’ paradise just 30 miles east of Las Vegas. But since a historic drought has caused water levels to fall to record lows, its grisly history has come to the surface.

Last week, boaters and visitors along the shoreline near Hemenway Harbor, two miles west of the Hoover Dam, discovered a human corpse decomposed inside a metal barrel. And just seven days later, paddleboarders found a second set of skeletal remains near Callville Bay, eight miles across the water to the north.

Shawna Hollister was among those who witnessed the discovery of the first body around 3 p.m. on May 1. “We heard a woman scream from the side of the beach and then my husband went over to obviously see what was wrong,” she told KLAS. “And then he realized there was a body there in a barrel.”

As Hollister and her husband approached, they noticed only a shirt and belt visible over the decomposing bones and reported the discovery to the National Park Service. 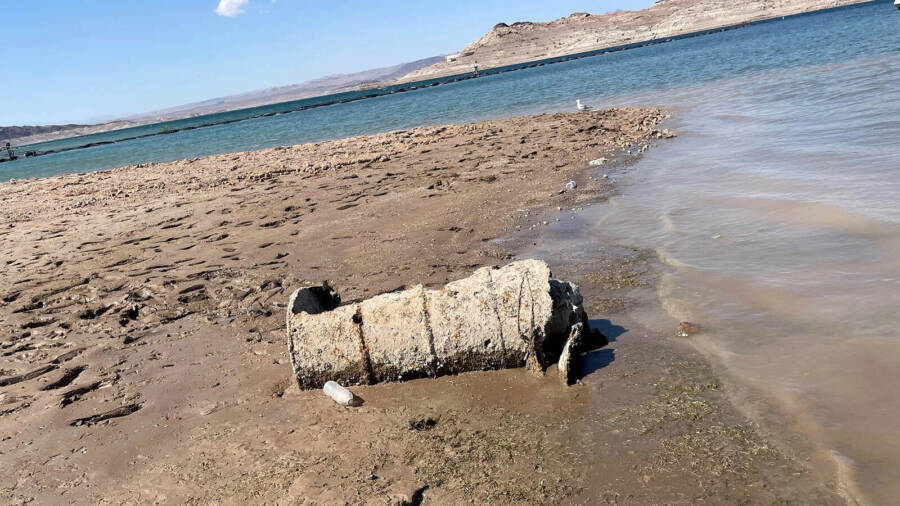 According to Law & Crime, the Las Vegas Metropolitan Police Department is investigating the discovery as a homicide and believe that the remains belong to a man who was shot in the 1970s or 1980s. His body was sealed in the barrel and thrown into the lake. They say his shoes and clothes match items sold at Kmart during those decades.

At the time, the water level would have been dozens of feet higher than it is today.

“I would say there is a very good chance as the water level drops that we are going to find additional human remains,” Metro police homicide Lt. Ray Spencer told KLAV. “I think anybody can understand there are probably more bodies that have been dumped in Lake Mead, it’s just a matter of, are we able to recover those?”

Then, just one week later, Spencer’s prophecy came true. At around 2 p.m. on May 7, Lindsey Melvin and her sister Lynette were paddleboarding near the lakeshore when they spotted what they thought were animal remains stuck in the mud.

“At first I thought it was a bighorn sheep and then we started digging around a little bit and as we discovered the jaw, we realized it was human remains and that’s when we contacted park rangers to come and investigate,” Lindsey told KLAV.

“For the longest time I was in disbelief like I did not think that we actually found human remains,” Lynette said.

Images taken by the sisters show a decomposed skull with several teeth visible submerged in mud. For now, Las Vegas police are not investigating the discovery of the second skeleton as a murder. 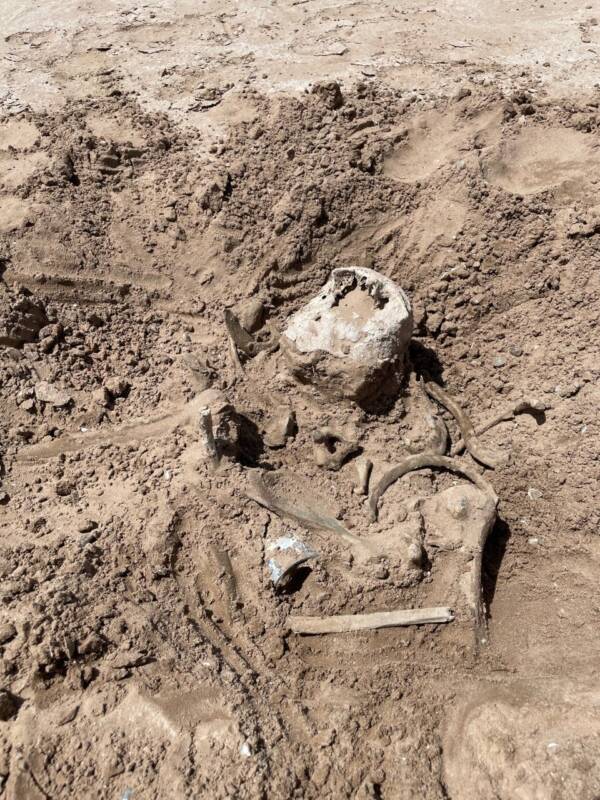 Lindsey MelvinLindsey and Lynette Melvin discovered a second set of human remains in Lake Mead on May 7, 2022.

“At this time homicide is not responding,” Metro police Lt. Jason Johansson told The Las Vegas Review-Journal. “The coroner’s office is handling.”

The twin discoveries have revealed the dark history of the serene outdoor recreation area. According to The New York Times, the lake has long been a popular site for the dumping of bodies. Every year, National Park Rangers respond to one or two, Lt. Spencer said.

What’s more, Lt. Spencer said that the department could “definitely not rule out” that the murder victim found on May 1 may have been related to the Mafia. During the middle of the 20th century, many casinos on the Las Vegas Strip were connected to the mob, and Mafia killings were not unusual.

As of now, neither body has been identified, but the Metro police are searching missing persons databases and may be able to recover DNA from the remains. If they are, investigators may be able to cross-reference genealogical databases to identify the remains, according to The New York Times.

Over the past two decades, the water level of Lake Mead has dropped nearly 150 feet, leaving a “bathtub rim” around the rock formations that form much of its shoreline. This month, the lake dropped to 1,055 feet — its lowest level since 1937, the year after the Hoover Dam opened, according to USA Today.

“It’s really odd in the sense that had the lake never receded, we would never have discovered the body,” Lt. Spencer said.

After reading about the human remains found at Lake Mead, learn about the scuba-diving YouTuber who solved a 21-year-old cold case in a Tennessee River. Then, go inside Aceredo, Spain, the ghost town that reemerged after 30 years underwater.