Before Leona Helmsley went to prison for tax evasion in 1989, she owned some of New York City's most luxurious hotels and was infamous for her legendary cruelty towards her employees. 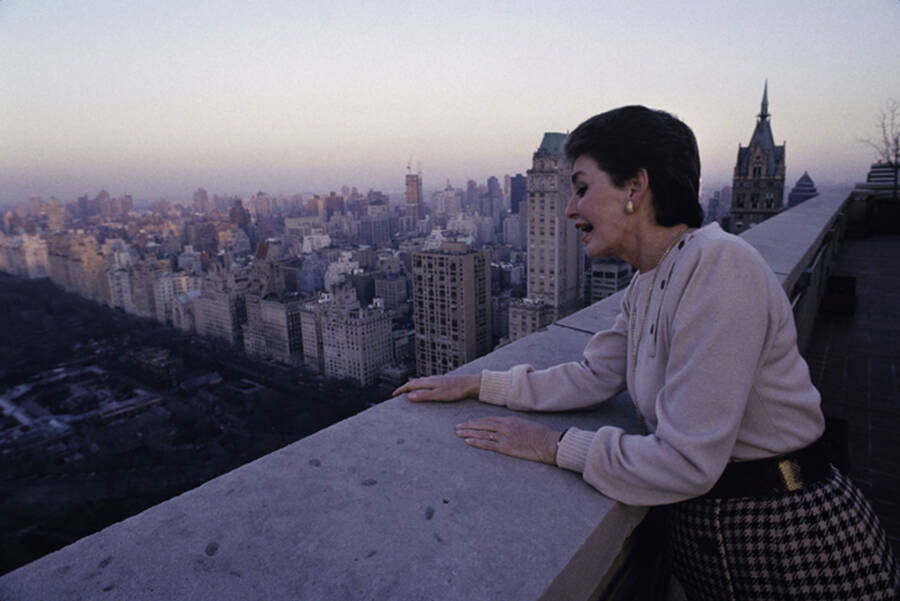 New Yorkers had many names for Leona Helmsley. Some called her the “Queen of Mean.” Mayor Ed Koch described her as the “Wicked Witch of the West.” And a judge in 1989 deemed her a felon as well as a “product of naked greed” for evading taxes.

Indeed Leona, who’d risen to power as a real estate tycoon, built a reputation as someone who savagely demanded the best for her customers. Advertisements for the hotels she ran with her husband portrayed her as a tough, glamourous “Queen” who insisted on sterling service.

But Leona’s reputation had a darker side. She not only sought the best for her customers but for herself, too. And when she went to trial for evading $1.2 million in federal income taxes, witness after witness came forward with stories about how she’d belittled, harassed, and insulted her employees.

This is the story of Leona Helmsley, the “Queen of Mean” whose ruthlessness brought her riches — and her downfall.

Despite her later wealth, Leona Helmsley came from humble beginnings. Born Lena Mindy Rosenthal on July 4, 1920, just north of New York City, she grew up as the daughter of a hatmaker.

Leona and her family relocated to Brooklyn when Leona was a girl, where she attended middle school and high school. Two years into college, however, Leona dropped out to try her hand at being a model. 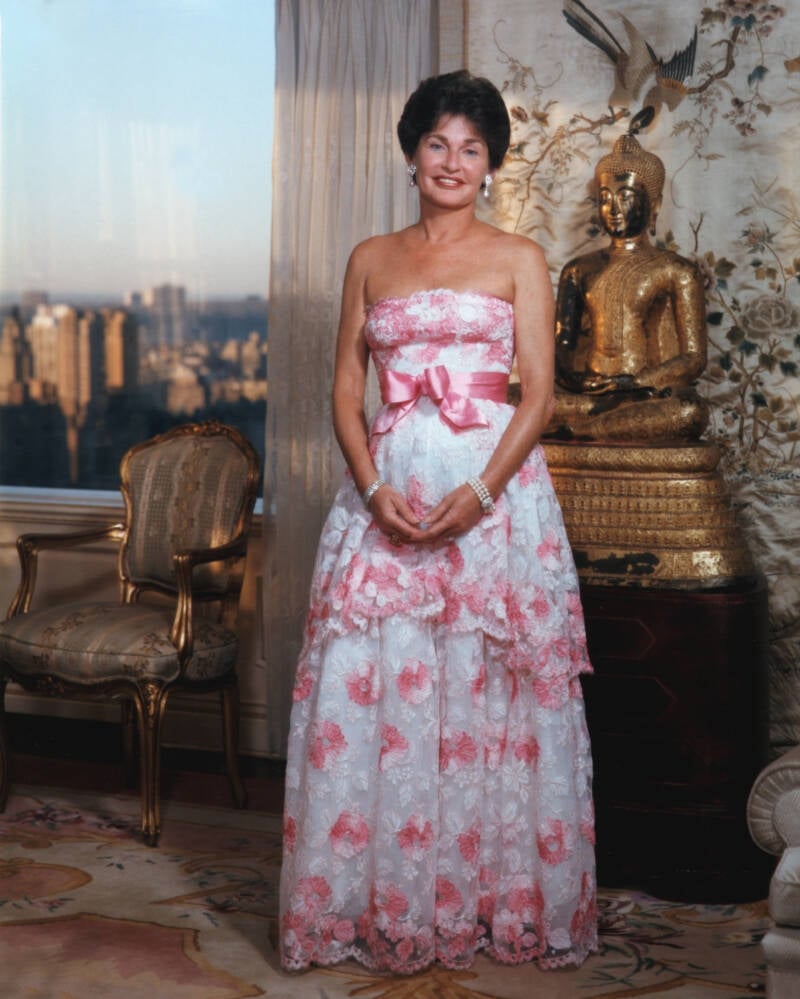 Bachrach/Getty ImagesLeona Helmsley in 1983 at the Park Lane Hotel. After she met hotel magnate Harry Helmsley in the early 1970s, he appointed her president of his Helmsley hotel business.

Instead, she got married. Leona spent 11 years married to attorney Leo E. Panzirer, with whom she had a son, Jay Robert Panzirer. After divorcing him in 1952, she married again in 1953, this time to Joe Lubin, a garment industry executive.

And when that marriage fell apart in 1960, Leona Helmsley decided to try her hand at real estate. According to The New York Times, she began to rise through the ranks by selling newly converted luxury co-op apartments in the Upper East Side. By 1969, she became the vice president of Pease & Elliman before becoming president of Sutton & Towne Residential.

But Leona had her eye on even bigger things. And she found them through Harry B. Helmsley, a real estate broker who owned iconic New York buildings like the Empire State Building and the Flatiron Building.

As Leona told it, her future husband “heard of my reputation and he told one of his executives ‘whoever she is, get her.'” But others claim that Leona purposefully sought Harry out.

Either way, Harry hired her — then left his wife of 33 years to marry her. Before long, Harry and Leona Helmsley would tower together over the New York real estate scene.

Becomming The ‘Queen’ Of The Helmsley Hotels

In the 1970s and 1980s, Leona Helmsley and her husband oversaw a $5 billion hotel empire — and thoroughly enjoyed the fruits of their labor. According to NBC News, they owned a nine-room penthouse overlooking Central Park, an $8 million Connecticut estate called Dunnellen Hall, a condo in Florida, and a mountain-top “hideaway” in Arizona.

Leona attended galas, threw parties — including an annual “I’m Just Wild About Harry” party — and butted heads with other real estate moguls. She and Donald Trump famously disliked each other, with Trump calling Leona “a disgrace to the industry and a disgrace to humanity in general.” 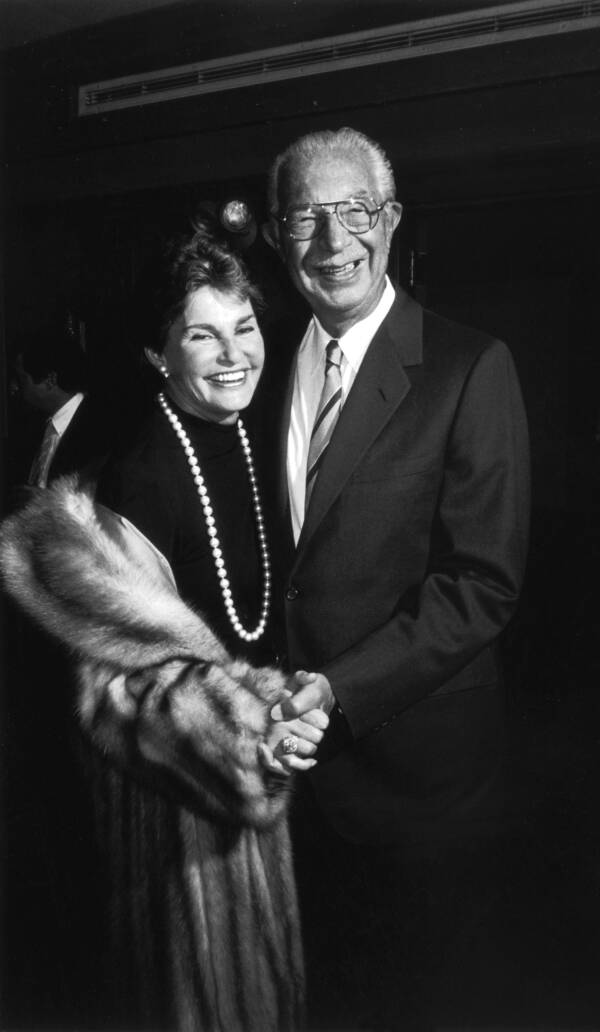 Leona Helmsley, for her part, “hated” Trump and, according to The New York Post, declared “I wouldn’t trust him if his tongue was notarized.”

But Leona did more than go to parties and engage in feuds. As the president of Helmsley hotels, she became the face of the brand. Leona appeared in hotel advertisements, first for the Harley — a combination of her name and Harry’s — and then for Helmsley Palace.

In ads for the Helmsley Palace, Leona also posed alongside the caption, “It’s the only Palace in the world where the Queen stands guard,” underlining the idea that she had the backs of their clientele.

The ads were a hit. According to The New York Times, occupancy at the Harley skyrocketed from 25 percent to 70 percent.

But Leona’s famous, exacting reputation touched on a dark truth: she was viciously demanding. When her son died suddenly in 1982, Leona sued his estate to repay a $100,000 loan she’d given him years before — and then she evicted his widow and son from their Helmsley-owned home.

“To this day I don’t know why they did it,” her son’s widow said at the time, according to NBC.

And at the end of the 1980s, whispers about how Leona Helmsley treated the people around her — and how she may have avoided paying taxes — suddenly became much louder.

The Sudden Fall Of Leona Helmsley For Tax Evasion

In 1986, it came out that Leona Helmsley had neglected to pay sales tax on hundreds of thousands of dollars of jewelry from Van Cleef & Arpels. The next year, she and Harry were indicted for evading more than $4 million in income taxes.

Not only had they had claimed renovations to their Connecticut mansion as business expenses — including a $1 million marble dance floor and a $500,000 jade figurine — but Leona Helmsley had even written off items like a $12.99 girdle as “uniforms” for their Park Lane Hotel, according to The New York Post. 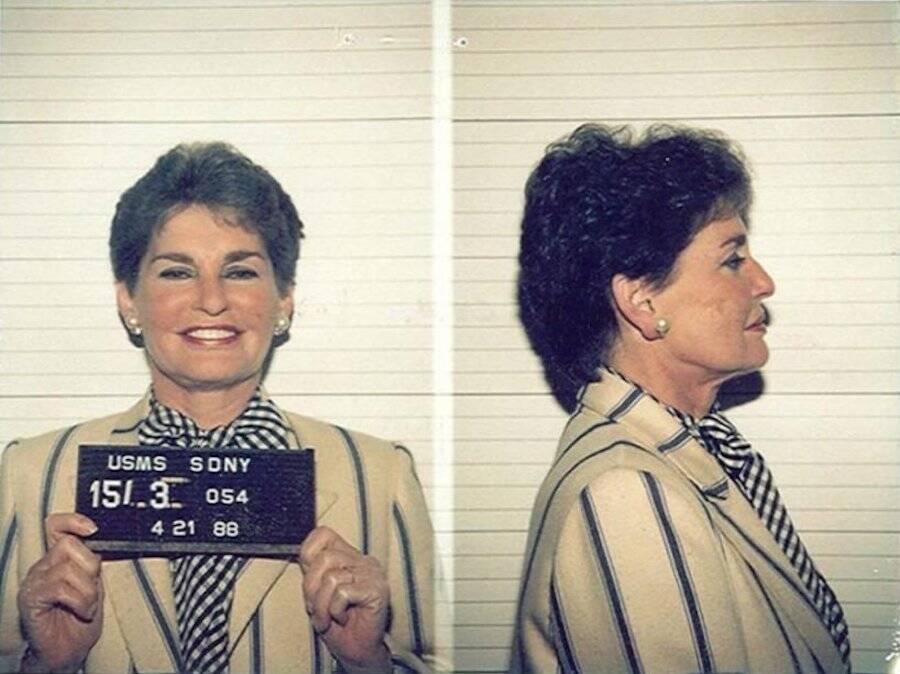 Bureau of Prisons/Getty ImagesLeona Helmsley’s 1988 mugshot after she was indicted by the Southern District of New York for tax fraud.

To make matters worse, witnesses at Leona’s 1989 trial — her 80-year-old husband was declared mentally unfit to stand with her — came out with stories about much more than her dodgy tax habits.

One housekeeper claimed that Leona Helmsley had told her, “We don’t pay taxes. Only the little people pay taxes.” Former employees described how they’d set up a warning system to alert each other whenever Leona headed into work. And even Leona’s own lawyer described her as a “tough bitch.”

Hoping to separate Leona’s actions from her behavior, he told the jurors, “I don’t believe Mrs. Helmsley is charged in the indictment with being a bitch.”

Meanwhile, her rival, Trump, gleefully piled on. “What has happened to the legendary Helmsley reputation is indeed sad — but I am not surprised,” he said. “When God created Leona, the world received no favors.”

In the end, Leona Helmsley was convicted of evading $1.2 million in federal income taxes. Though she argued that her husband might die without her and that she might die in prison because of her high blood pressure, Judge John M. Walker sentenced her to four years behind bars.

He added that Leona Helmsley’s actions were a “product of naked greed,” saying, “You persisted in the arrogant belief that you were above the law,” according to The Guardian.

Leona Helmsley went to jail in 1992 and spent 21 months behind bars. And though her life changed when she was released in 1994, the “Queen of Mean” kept making news.

The Last Years Of The ‘Queen Of Mean’

Following Leona Helmsley’s stint in prison, some things changed — and some things remained the same.

She stepped back from the Helmsley Hotel organization — as a felon, she could not participate in an organization that held a liquor license — but she kept butting heads with Donald Trump, whom Leona and Harry sued in 1995 for saying that they’d let the Empire State Building become a “tarnished, second rate, rodent-infested commercial building.”

Leona also proved that prison hadn’t altered her mindset. That same year, a judge added 150 hours to her mandated community service because Leona’s employees, and not Leona herself, had worked some of the hours. 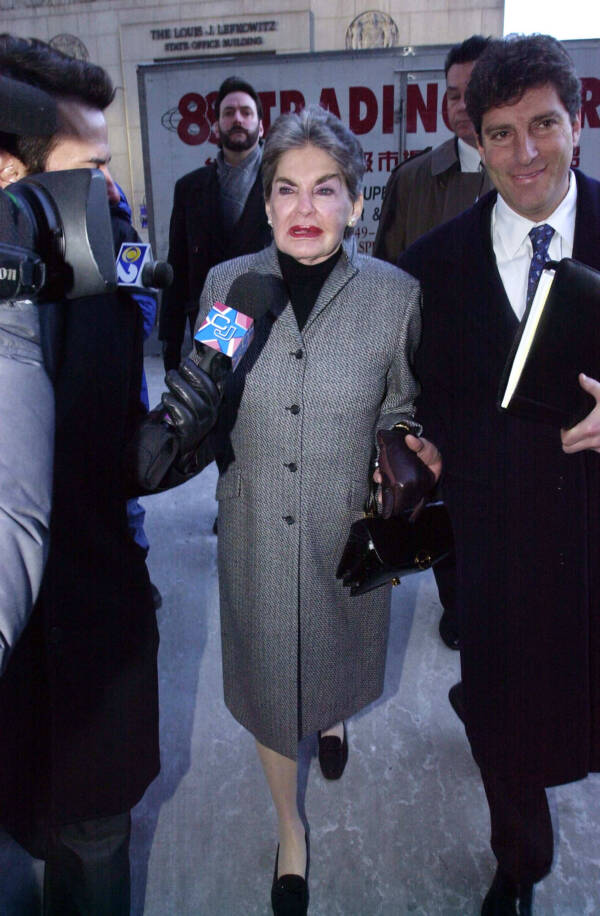 Keith Bedford/Getty ImagesLeona Helmsley arriving to court on January 23, 2003 in New York City. Helmsley was being sued by a former employee, Charles Bell, who alleged that she fired him for being gay.

But Leona’s high-flying days of the 1980s seemed to be over. In 1997, her husband died at the age of 87, leading Leona to declare, “My fairy tale is over. I lived a magical life with Harry.”

Leona Helmsley lived for another 10 years, making both good and bad headlines. Though she battled a series of lawsuits in the 1990s and early 2000s, Leona also donated millions to hospitals and medical research.

She died at the age of 87 on Aug. 20, 2007, of heart failure. In true “Queen of Mean” fashion, Helmsley left her grandchildren nothing — but established a $12 million trust for her dog, Trouble, to ensure that she received “maintenance and welfare… at the highest standards of care,” according to The New York Post. (The amount was later lowered to $2 million.)

She’s remembered today as one of the people who thrived in the “greed is good” era of the 1980s. Leona Helmsley and her husband made billions through their hotel empire but didn’t bat an eye when it came to skipping out on taxes or paying contractors.

Indeed, Leona Helmsley left behind a legacy of ruthlessness. She crawled her way to the top and did what it took to stay there. Even Trump, her rival, had a begrudging respect for that.

And according to The New Yorker, When she died, the future president said that she “added something to New York, in a very perverse way.”

After reading about Leona Helmsley, discover the story of Mansa Musa, the richest man in history. Or, see how Madam C.J. Walker became one of America’s first Black millionaires.