Brittany Norwood crushed her co-worker Jayna Murray's skull and severed her spinal cord in a brutal 2011 attack now known as the "Lululemon murder."

Lululemon Athletica, the company that sells leggings and other athletic apparel that are now staples in many closets around the globe, was founded in Vancouver, Canada in 1998. By the early 2010s, the brand’s popularity was skyrocketing. But in March 2011, the company made headlines for a different reason — murder. 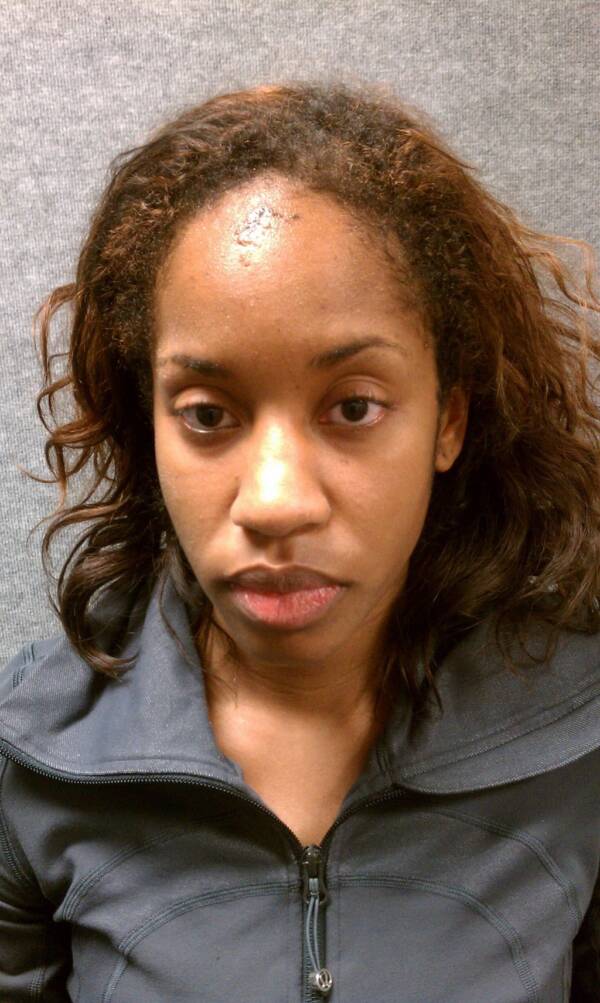 Public DomainBrittany Norwood was convicted of first-degree murder in 2012.

Jayna Murray, an employee at a Lululemon store in Bethesda, Maryland, had been killed by co-worker Brittany Norwood.

Norwood planned and carried out the gruesome attack known as the Lululemon murder after Murray caught her stealing a pair of leggings. She then created an elaborate lie for police, claiming two masked men had entered the store and raped both women before murdering Murray and leaving Norwood tied up.

But police were suspicious of Norwood’s story from the beginning. The evidence on the blood-soaked scene pointed to an inside job.

Jayna Troxel Murray, a 30-year-old graduate student at Johns Hopkins University, accepted a job at Lululemon Athletica so she could meet other active people and attend seminars that would help her as she pursued a Master of Business Administration degree.

She met 29-year-old Brittany Norwood while working at the store, and fellow employees said there were never any issues between the two women.

On March 11, 2011, Murray and Norwood were both working the closing shift at the Lululemon in the upscale Bethesda Row shopping center. According to the Baltimore Sun, the two women checked each other’s bags at the end of the night, as per store policy. Murray found a pair of stolen leggings in Norwood’s belongings.

They left the store at 9:45 p.m., and six minutes later Murray called a store manager to tell her about the leggings. Soon after, Norwood called Murray and told her she’d accidentally left her wallet in the store and needed to go back inside and get it. 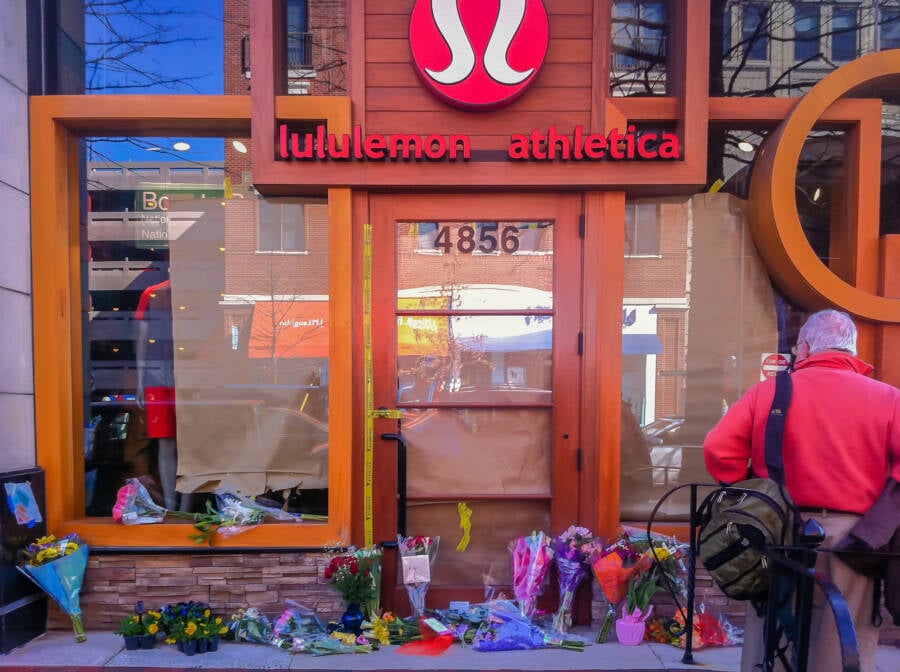 At 10:05 p.m., the pair re-entered the store. Moments later, employees at a neighboring Apple store heard a commotion.

According to WJLA, Apple employee Jana Svrzo heard a woman’s voice say, “Don’t do this. Talk to me. What’s going on?” followed by ten minutes of shouting and grunting. The same voice later said, “God help me, please help me.” The Apple employees did not call authorities because they thought it was “just drama.”

The next morning, manager Rachel Oertli walked into Lululemon and discovered a gruesome scene. She called 911 and told the dispatcher, “There’s two people in the back of my store. One person seems dead, and the other person is breathing.”

Police arrived on the scene to discover Jayna Murray lying face-down in a pool of her own blood and Brittany Norwood bound with zip ties in the store’s bathroom. After freeing the seemingly shaken Norwood, investigators listened to her odd tale of what had happened the night before.

A Twisted Tale About The Lululemon Murder

According to Norwood, when she and Murray entered the store to retrieve her wallet, two masked men slipped in behind them. The men raped both women before killing Murray and tying Norwood up while calling her racial slurs, supposedly letting her live because she was more fun to have sex with, according to the Washington Post.

Police initially treated Norwood as a victim in the Lululemon murder case. They began a manhunt for the perpetrators, asked local stores if any customers had purchased ski masks recently, and even followed a man who matched Norwood’s description of the killers. 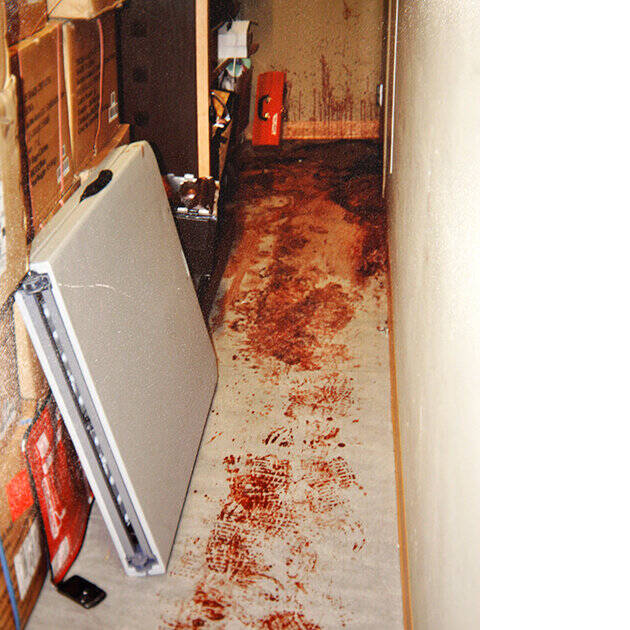 OxygenJayna Murray suffered 331 wounds and died in a Lululemon store in 2011.

Each time police spoke with Norwood, they noticed inconsistencies in her story. She told police she had never been in Murray’s car, but detectives had found her blood on the vehicle’s door handle, gear shift, and steering wheel. On March 18, 2011, Norwood was arrested for Murray’s murder, and police unraveled the truth about what really happened the night of March 11.

The Truth Comes Out At Trial

All the gory details of what the media had dubbed the Lululemon murder emerged at Brittany Norwood’s trial.

Mary Ripple, Deputy Chief Medical Examiner for the State of Maryland, told jurors that Jayna Murray had no fewer than 331 injuries on her body that came from at least five different weapons. Her head and face were badly bruised and covered in cuts, and the blow that had ultimately killed her was likely a stab wound on the back of her neck that severed her spinal cord and went all the way through to her brain.

“That area of your brain is pretty critical to you being able to function,” Ripple testified. “She wouldn’t have lived very long after that. She would not have been able to have any voluntary movement to defend herself.”

Murray’s injuries were so gruesome that her family was not able to have an open casket at her funeral.

After using items from the store’s tool kit to brutally murder Jayna Murray, including a hammer, a knife, a merchandise peg, a rope, and a box cutter, Brittany Norwood left the store and moved Murray’s car to a parking lot three blocks away.

She sat in the car for 90 minutes trying to come up with a plan to cover her crimes.

Then, Norwood went back into Lululemon and put her plan into action. She took money from the cash registers to stage a robbery, sliced open her own forehead, and cut a gash in Murray’s pants to make it seem like she had been sexually assaulted.

Norwood then donned a pair of size 14 men’s shoes, jumped in a puddle of Murray’s blood, and walked around the store to make it seem as if male attackers had been inside. Finally, she tied her own hands and feet with zip ties and settled into the bathroom to wait for morning.

Throughout the course of the investigation, it was also revealed that Brittany Norwood had a habit of stealing and lying. She had previously left a hair salon without paying for services after claiming someone had stolen her wallet out of her bag.

Norwood’s former soccer teammate Leanna Yust said, “She was my best friend in college. We had a falling out because the girl was like a klepto.” Yust claimed Norwood had stolen money and clothing from her.

Reportedly, Norwood’s managers at Lululemon had suspected she was shoplifting, but they couldn’t fire her without direct proof. When Murray had finally caught her in the act, she paid for it with her life. 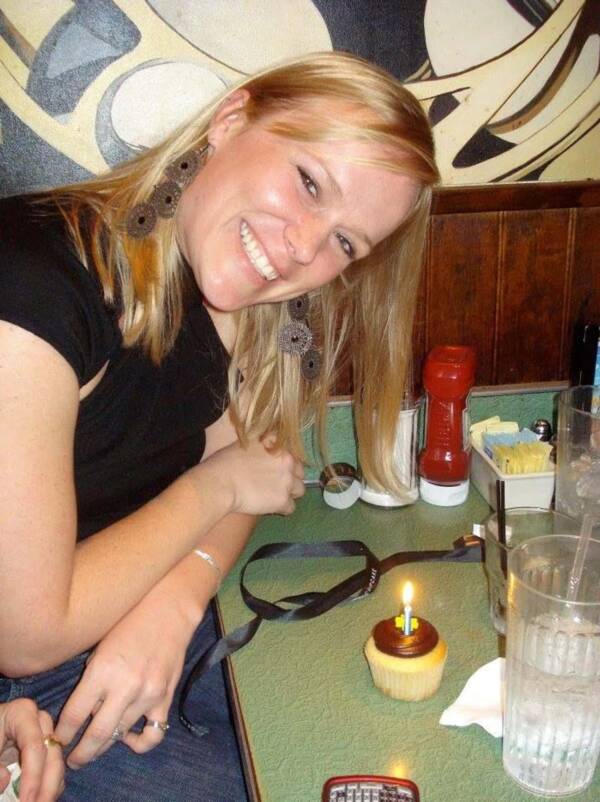 Public DomainJayna Murray was just 30 years old when she was murdered.

During the six-day trial for the Lululemon murder in January 2012, Norwood’s defense team did not deny that she had killed Jayna Murray. They did, however, argue that the murder was not premeditated. They successfully argued that the information about the stolen leggings was irrelevant to the trial because it was hearsay, so Murray’s attorneys were not able to tell the jurors the true motive for the killing.

Defense attorney Douglas Wood stated, “That day there was nothing going on between Jayna Murray and Brittany Norwood. The absence of a motive is an indication it’s not premeditated. That is not a crime of motive. That is a crime of passion.”

But the jury didn’t fall for the defense’s trickery. According to one juror, “I asked who thought it was first-degree, and everybody’s hand just went up.”

Brittany Norwood was found guilty of first-degree murder and sentenced to life in prison without the possibility of parole. She was sent to the Maryland Correctional Institution for Women.

Montgomery County State’s Attorney John McCarthy said of Brittany Norwood, “Her cunning and ability to lie is almost unparalleled.” Though Norwood will likely be behind bars for the rest of her life, those involved in the case will never forget the brutality of the Lululemon murder.

After reading about the Lululemon Murder, go inside the murder of Kitty Menendez, the Beverly Hills mother killed in cold blood by her own sons. Then, learn about Todd Kohlhepp, the ‘Amazon Review Killer’ who reviewed his products of torture.