The discovery is "an unprecedented opportunity to delve into more than 30,000 years of history." 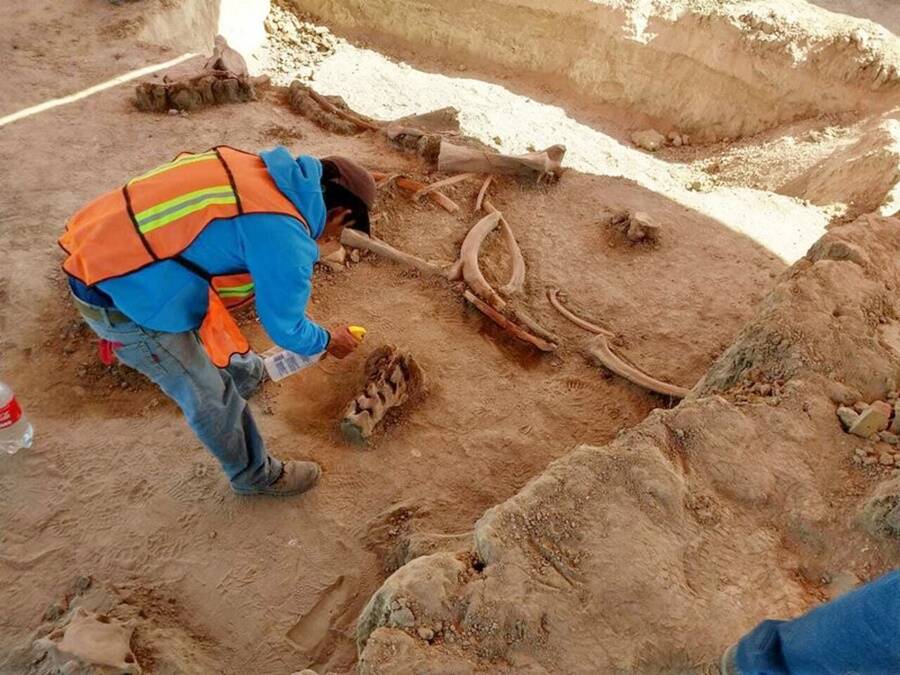 INAH via APThe 30,000-year-old remains included adults and their offspring.

The remains of 60 mammoths were discovered at the construction site of a new airport outside Mexico City. Astoundingly, the discovery also suggests that these mammoths could have been hunted by prehistoric man.

According to a statement released by Mexico’s National Institute of Anthropology and History, the fossils were found during the construction of the new General Felipe Ángeles International Airport located north of Mexico City.

The area was once an ancient lake called Xaltocan and would have been an attractive feeding ground for animals like mammoths. Dozens of mammoth remains have been uncovered around this site over the course of six months but the first remains were found in October 2019.

Experts posit that these particular mammoths died after they became trapped in the mud surrounding the lake and they wonder whether prehistoric man might have benefited from these giant creatures’ misfortune or even hastened it.

“It is not ruled out that humans have taken advantage of these heavy animals, once they got stuck in the mud,” said Pedro Francisco Sánchez Nava, the institute’s national coordinator of archaeology. 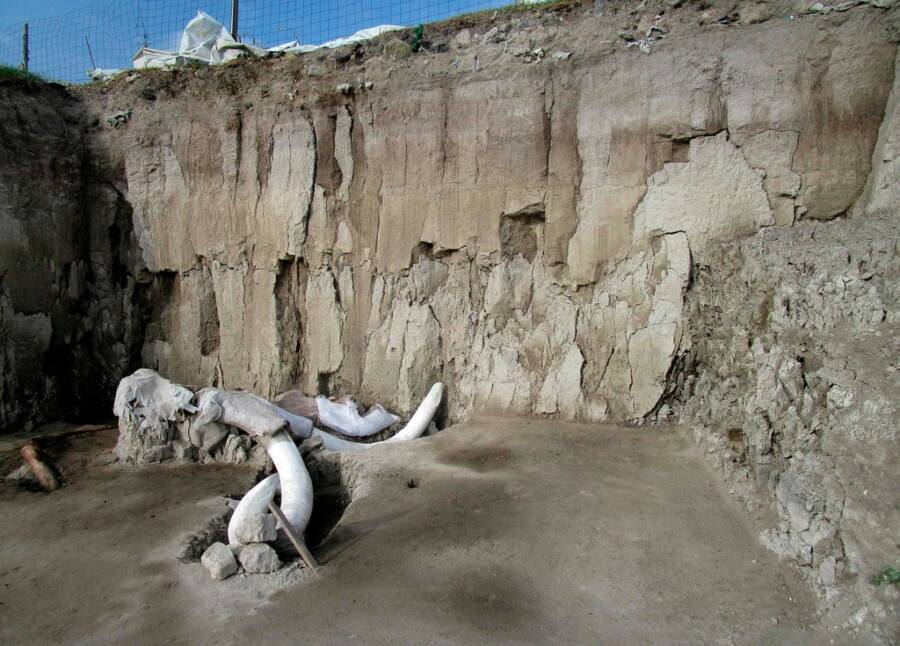 INAH/Agence France-Presse via Getty imagesMammoth fossils found within the manmade trap at the Tultepec site.

Researchers used to believe that early man ate mammoth infrequently and likely after the animals had already died. But according to Sánchez Nava, “In fact, it may have been part of their daily diet.”

Similar excavations nearby have raised the possibility that humans even actively hunted mammoths. Only six miles away from Lake Xaltocan is a landfill in the town of Tultepec where just last year archaeologists found the remains of 14 mammoths in what looked like a 15,000-year-old manmade trap.

Together, these discoveries suggest that early humans didn’t just wait for mammoths to die in order to scavenge their bodies for food, but that they may have actively hunted and trapped them.

“It was thought they frightened them into getting stuck in swamps and then waited for them to die,” explained Luis Córdoba Barradas, another archaeologist with the institute. “This is evidence of direct attacks on mammoths… In Tultepec we can see there was the intention to hunt and make use of the mammoths.”

However, further analysis needs to be done on the fossils found at Lake Xaltocan in order to provide any conclusive evidence on whether or not humans purposefully led them to the mud to be trapped and then killed. Researchers will look for cut marks on the bones that might suggest man had butchered or hunted the animals with weapons. 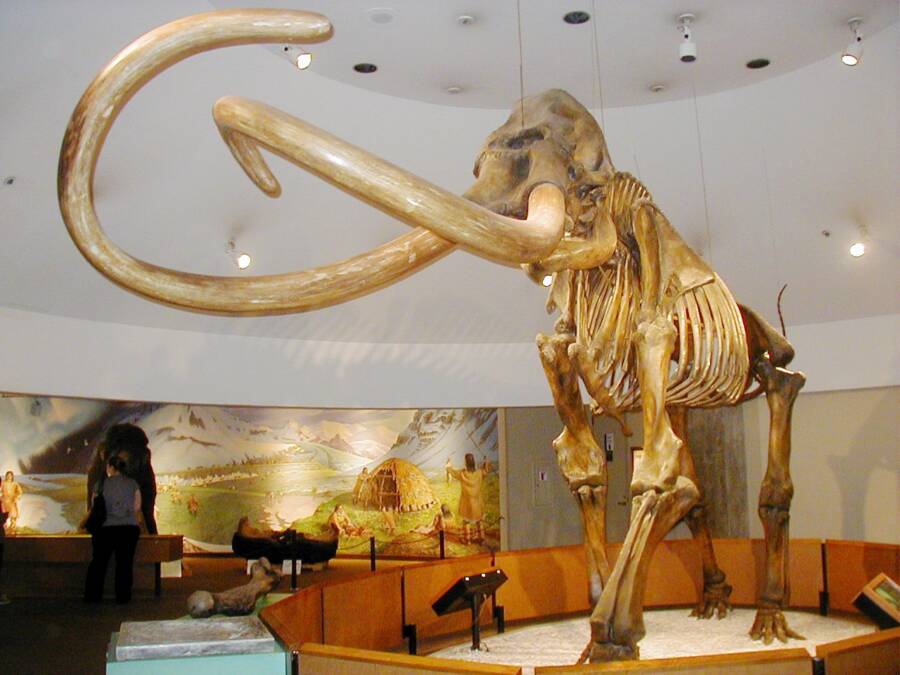 Wikimedia CommonsExperts continue to study the relationship between early humans and mammoths.

Indeed, as Adam N. Rountrey, a collection manager at the University of Michigan Museum of Paleontology stated, it cannot be ruled out that the mammoths found at Lake Xaltocan or Tultepec were merely scavenged after their natural deaths.

Meanwhile, 15 human burials were also found near Lake Xaltocan and they are believed to belong to farmers from the pre-Hispanic period. Some of the items found alongside the human remains are consistent with Aztec ceramics.

Interestingly, mammoth bones were found so often in Aztec territory that the Aztecs believed them to be proof that legendary giants once roamed the area.

Today, archaeologists are still finding a plethora of mammoth bones in the area surrounding the new airport. “There are too many,” Sánchez Nava reported. “There are hundreds.”

Next, read about the Harvard scientists who plan to resurrect the woolly mammoth. Then, check out these 28,000-year-old woolly mammoth cells which are showing signs of biological life.