Via DNA splicing, mammoths may be coming back — and helping to fight climate change — very soon. 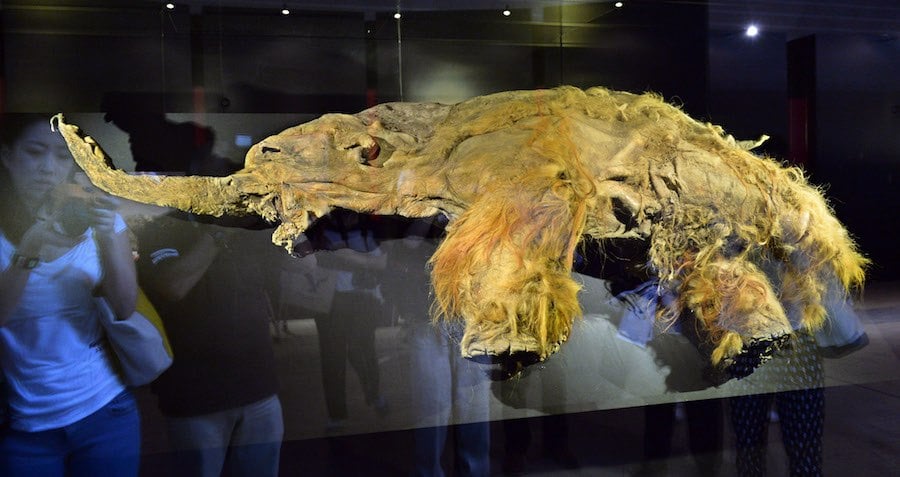 The woolly mammoth could be walking the Earth again by 2019 if a Harvard University research team has its way.

Speaking to the Guardian before the American Association for the Advancement of Science (AAAS) annual meeting in Boston this week, Harvard University geneticist George Church and his team say that they are less than two years away from effectively producing a baby mammoth.

The team will splice together mammoth DNA taken from ancient specimens preserved in permafrost with DNA from the Asian elephant — and so far it seems to be working well. Since the researchers began in 2015, they have tripled the amount of woolly mammoth DNA segments successfully inserted from 15 to 45.

These DNA segments, or “edits,” are what form the animal’s traits, such as shaggy-haired coats, freeze-resistant blood, and floppy ears.

“We’re working on ways to evaluate the impact of all these edits and basically trying to establish embryogenesis in the lab,” Church told the Guardian. “The list of edits affects things that contribute to the success of elephants in cold environments. We already know about ones to do with small ears, sub-cutaneous fat, hair and blood, but there are others that seem to be positively selected.”

“Our aim is to produce a hybrid elephant/mammoth embryo. Actually, it would be more like an elephant with a number of mammoth traits. We’re not there yet, but it could happen in a couple of years.”

The scientists plan to grow the mammoth embryo in an artificial womb rather than using a living elephant as a surrogate mother, as “it would be unreasonable to put female reproduction at risk in an endangered species,” said Church.

He hopes that, if successful, the mammoths would help fight climate change by preventing permafrost from releasing hundreds of tons of greenhouse gasses into the atmosphere. “They keep the tundra from thawing by punching through snow and allowing cold air to come in,” explained Church. “In the summer they knock down trees and help the grass grow.”

Church also added that many of the genetic engineering techniques that his team is using to resurrect the woolly mammoth could lead to age-reversal medical technology for humans — within ten years.

Next, go inside the process of de-extinction: bringing extinct species back to life. Then, check out the ten most terrifying prehistoric creatures that weren’t dinosaurs.