Brunhilde Pomsel, among the last surviving witnesses to Adolf Hitler's final moments, died this past Friday. 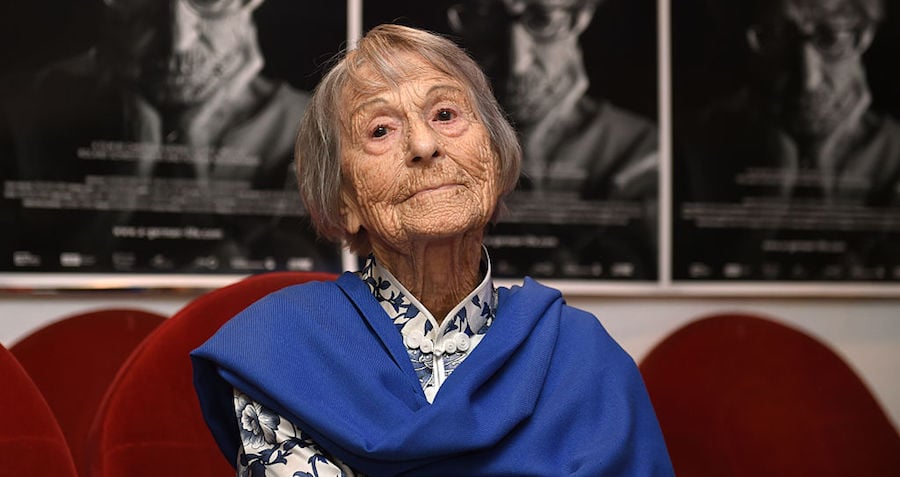 One of the last surviving links to the Nazis’ inner circle, Brunhilde Pomsel, died this past Friday at her home in Munich at the age of 106.

Pomsel served as Nazi propaganda minister Joseph Goebbels’ personal stenographer during World War II and was one of the only survivors of Hitler’s crazed, final days inside his Berlin bunker.

Goebbels trusted Pomsel to act as his private secretary from 1942 to 1945, dictating as Pomsel transcribed his words into work documents, letters, journal entries, and so on.

Pomsel even sat near the front row, right behind the boss’ wife, during one of Goebbels’ most famous speeches, at Berlin’s Sportpalast in 1943, after the Russians defeated the Nazis at Stalingrad.

“No actor could have been any better at the transformation from a civilized serious person into a ranting, rowdy man,” Pomsel once told the Guardian of Goebbels. “In the office, he had a kind of noble elegance, and then to see him there like a raging midget — you just can’t imagine a greater contrast.”

In that 1943 speech, Goebbels called for “total war” and alluded to the Holocaust. However, Pomsel would later say that she didn’t know about the genocide that was already underway as she worked for Goebbels.

But one thing is for certain: Pomsel did see the street brutality of the Nazis. Even one of Pomsel’s Jewish friends, Eva Löwenthal, disappeared at the hands of the Nazis.

“The whole country was as if under a kind of spell,” Pomsel told The New York Times. “I could open myself up to the accusations that I wasn’t interested in politics, but the truth is that idealism of youth might easily have led you to having your neck broken.”

As the war finally sputtered out, Pomsel was there in the Berlin bunker which at times housed Nazis including Goebbels and Hitler, who both committed suicide. Ultimately, Pomsel said that the bunker staff sowed together a giant white flag from food sacks in the hopes of surrendering to the Russians.

When the Russians did come, Pomsel admitted that she had worked for the Propaganda Ministry and thus served five years in Russian prison camps near Berlin. After her release, she worked in radio, never marrying and living out the rest of her years in Munich.

Next, see how drugs like Pervitin fueled the Nazis’ rise and fall, before checking out how IBM helped the Nazis carry out the Holocaust.