30 Last Meals Of Infamous Criminals Before They Were Executed

The last meals requested by death-row inmates like Ted Bundy, John Wayne Gacy, and others are as revealing as they are strange. 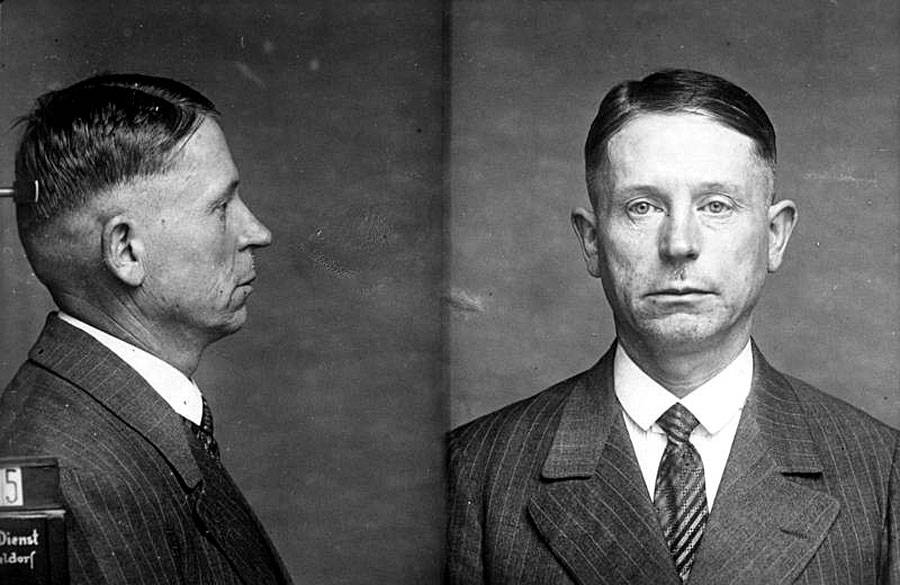 Dubbed "The Vampire of Düsseldorf" for his habit of trying to drink the blood from the wounds of some of his victims, Peter Kürten was a German serial killer sentenced to death in 1931 on nine counts of murder and seven counts of attempted murder. He requested Wienerschnitzel, fried potatoes, and a bottle of white wine for his final meal. He enjoyed it so much that he asked for seconds of all of it.German Federal Archive 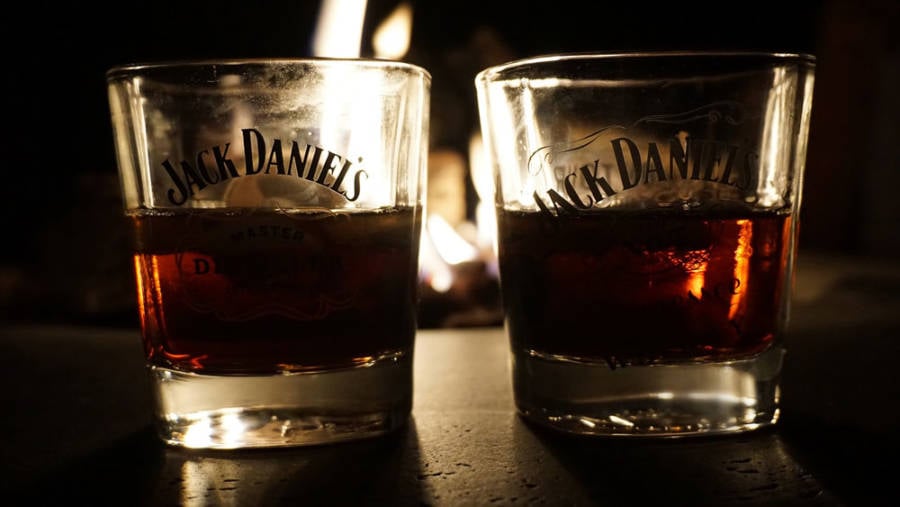 In most prisons, it is rare for inmates to be allowed alcohol. However, murderer Gary Gilmore was allowed three shots of Jack Daniels whiskey with his hamburger, baked potato, hard-boiled egg, and coffee prior to his execution in 1977.Pixabay 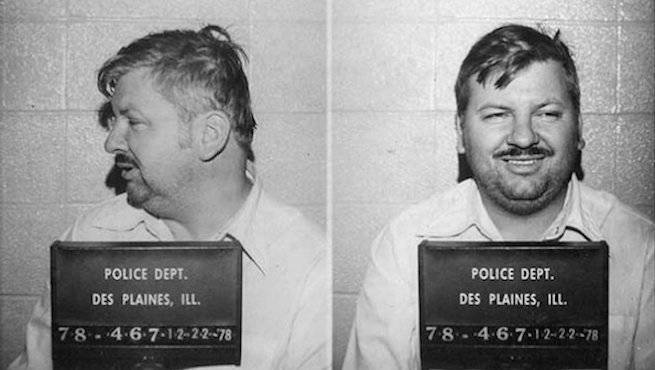 Known as the Killer Clown for his work as a performer at fundraising events and parades, John Wayne Gacy assaulted, tortured, and murdered at least 33 teenage boys and young men in the 1970s. Before his execution in 1994, he requested a final meal of fried chicken, fried shrimp, French fries, and fresh strawberries.Murderpedia 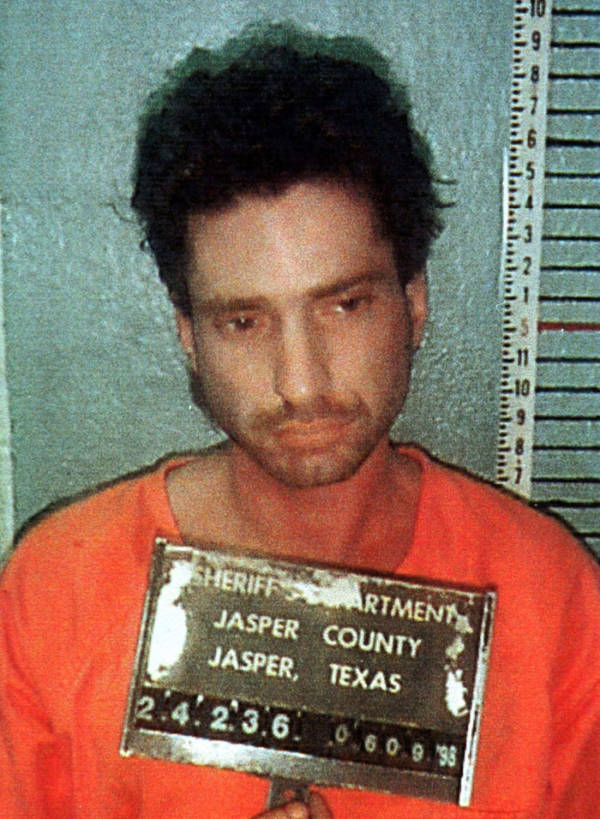 In 2011, Texas prison officials made the decision to disallow death-row inmates the privilege of a final meal request after racist killer Lawrence Russell Brewer's expansive and uneaten final food order. For his final meal he asked for: two chicken fried steaks, a triple-meat bacon cheeseburger, fried okra, a pound of barbecue, three fajitas, a meat-lover's pizza, a pint of ice cream, and a slab of peanut butter fudge with crushed peanuts. He did not eat any of it.Reuters 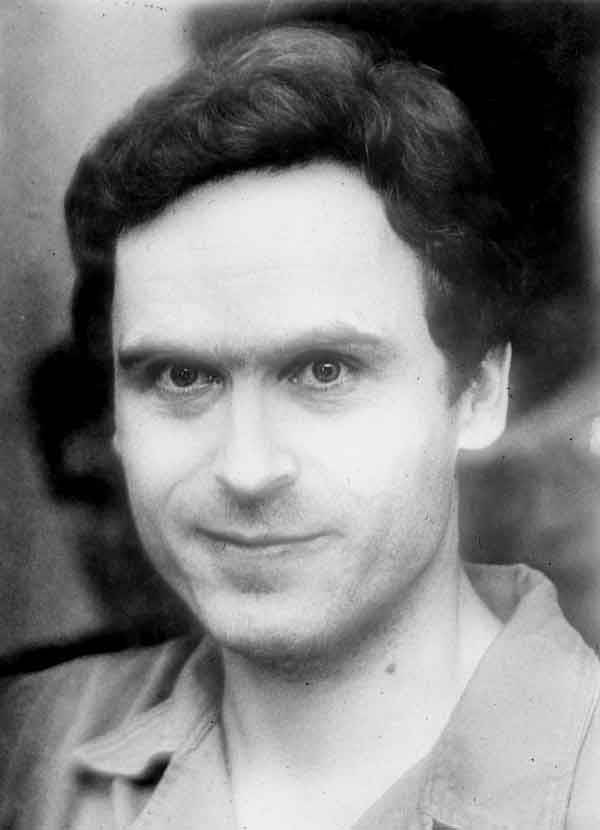 Infamous serial killer Ted Bundy confessed to the murder of at least 30 people shortly before his execution in 1989. He declined a special meal and was given the standard fare dished out to other death-row inmates at the Florida State Prison: medium-rare steak, eggs over easy, toast with butter and jelly, hash browns, milk, coffee, and juice.State Archives of Florida 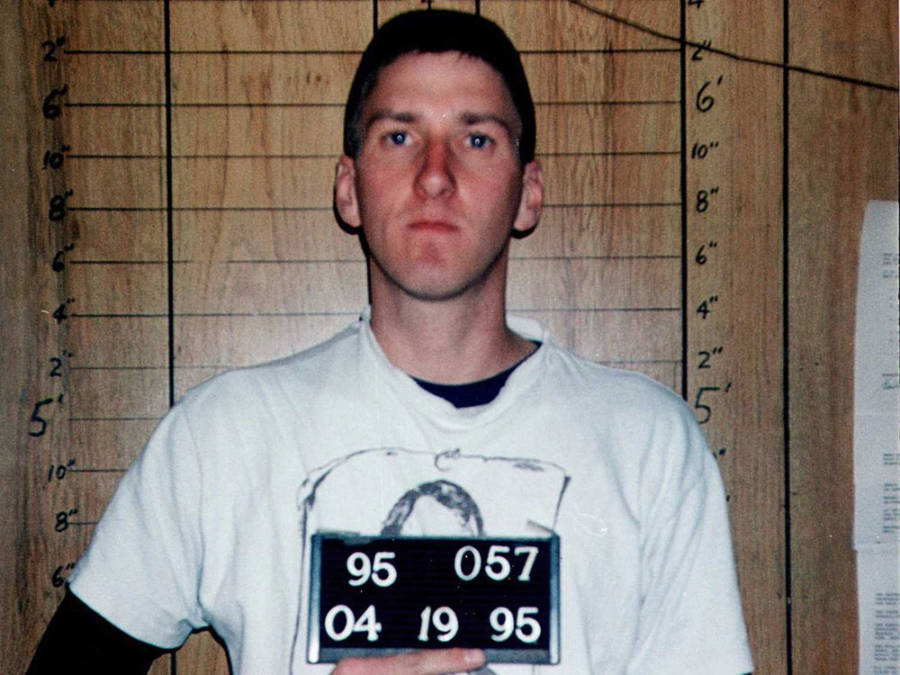 Before the September 11 attacks, the Oklahoma City Bombing was the deadliest act of terrorism within the United States. The man responsible for the attack was Timothy McVeigh, who was executed in 2001 after a final meal of two pints of chocolate chip ice cream.Business Insider 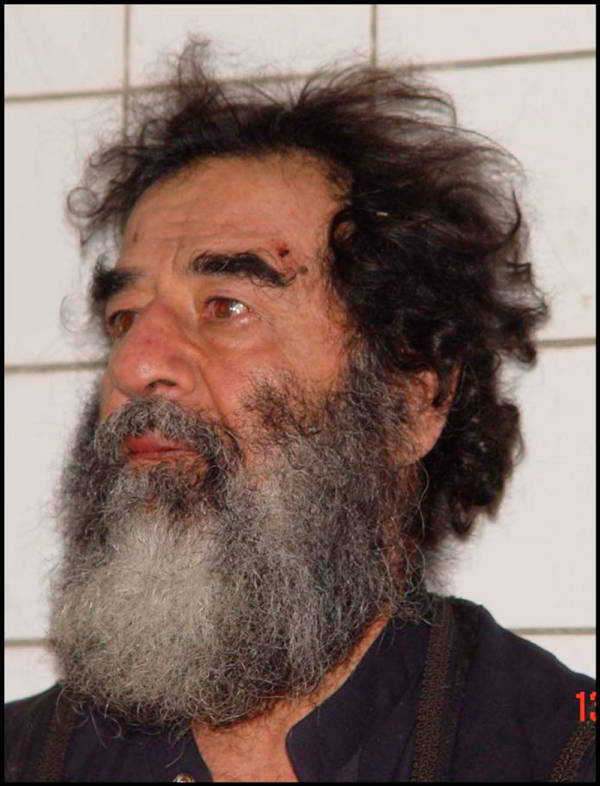 Although the details remain unconfirmed, according to some sources, former Iraqi dictator Saddam Hussein was given permission to eat his favorite meal before his death in 2006: boiled chicken and rice, paired with several cups of hot water laced with honey.US Department Of Defense 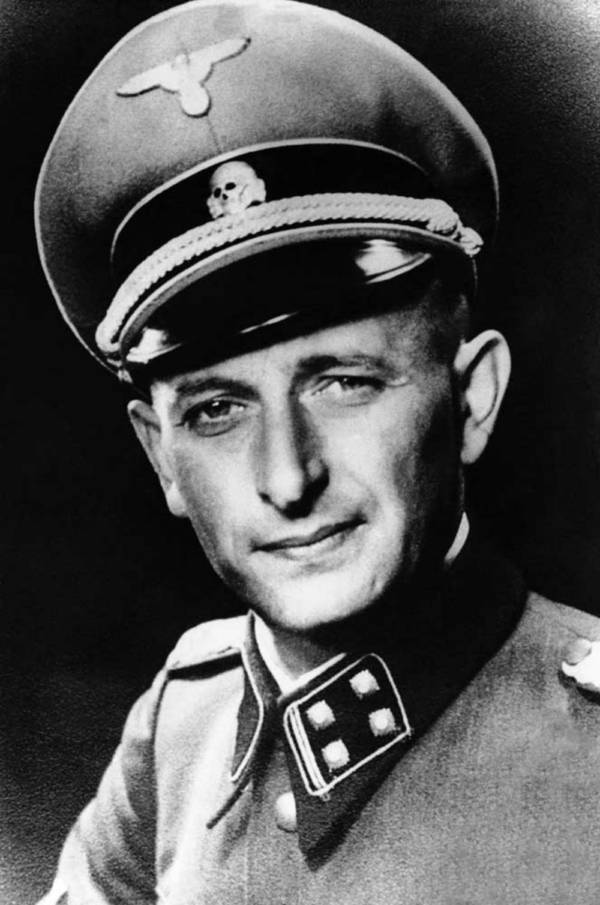 Adolf Eichmann, a Nazi colonel convicted of war crimes and executed in 1962, declined a meal but requested a bottle of Carmel, a dry red wine from Israel. He drank it with the typical prison fare of cheese, bread, olives, and tea.United States Holocaust Museum 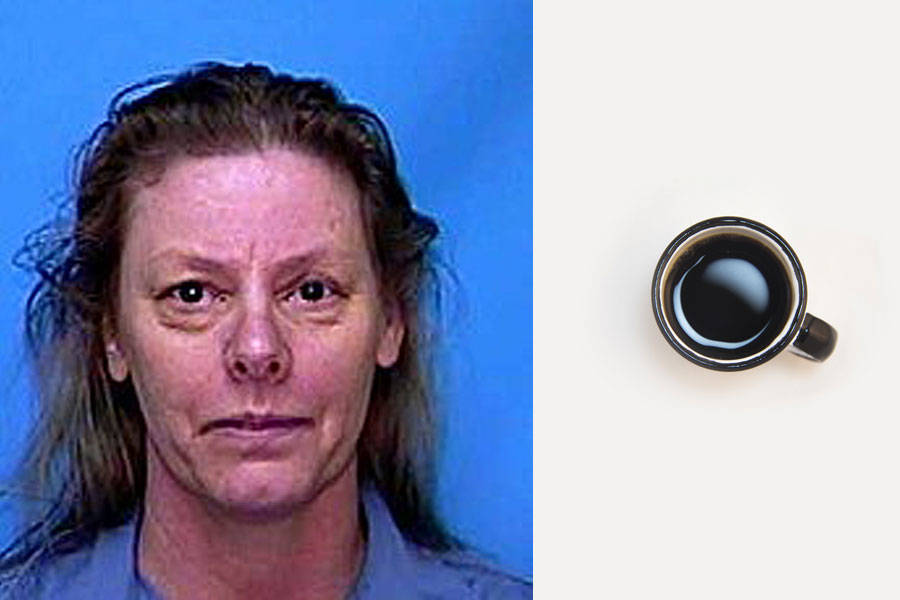 Aileen Wuornos proclaimed to the bitter end that the seven homicides she was accused of committing were acts of self-defense. However, the American legal system disagreed and she was executed by lethal injection in 2002. She declined a final meal, but instead asked for a single cup of coffee.Florida Department of Corrections/Pixabay 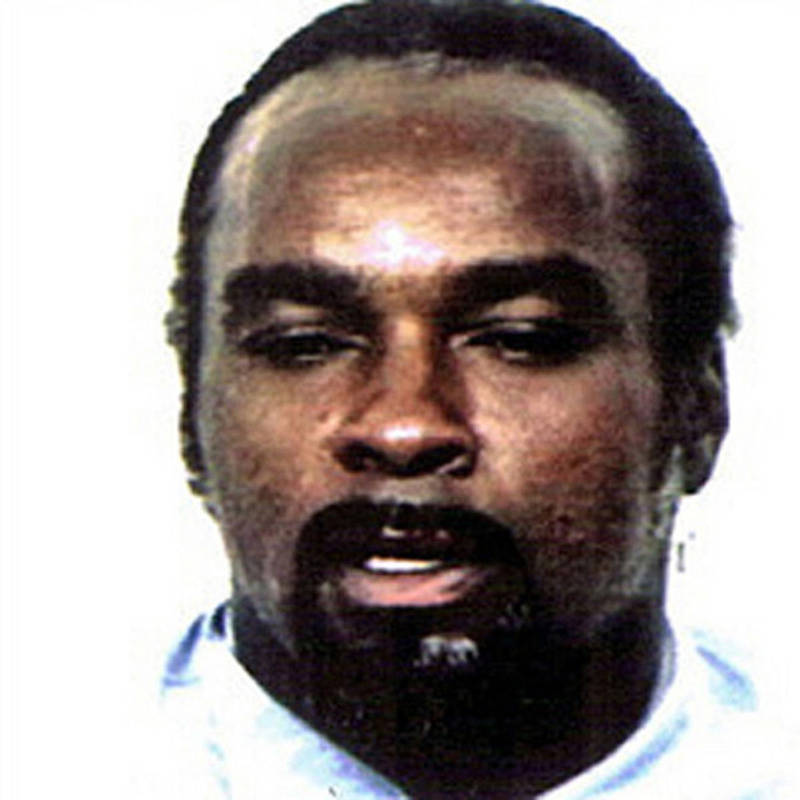 There are few more formidable criminals than Stanley "Tookie" Williams. The American gang member and convicted murderer took up bodybuilding while imprisoned at a young age and cut an imposing figure. He was executed amidst much controversy in 2005. On the day of the execution, he refused a special meal and ate nothing but oatmeal and milk.California Deptartment of Corrections 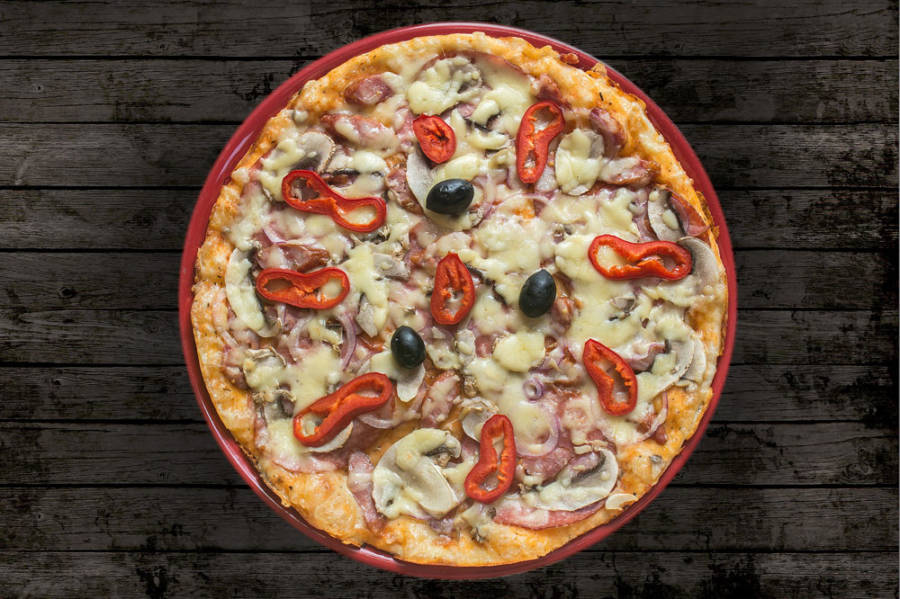 In an act of selflessness, Tennessee inmate Philip Workman asked that a vegetarian pizza be distributed to any homeless person in Nashville. His 2007 request was denied by prison officials, but some local groups decided to fulfill his wishes and donated pizzas to homeless shelters.Pixabay 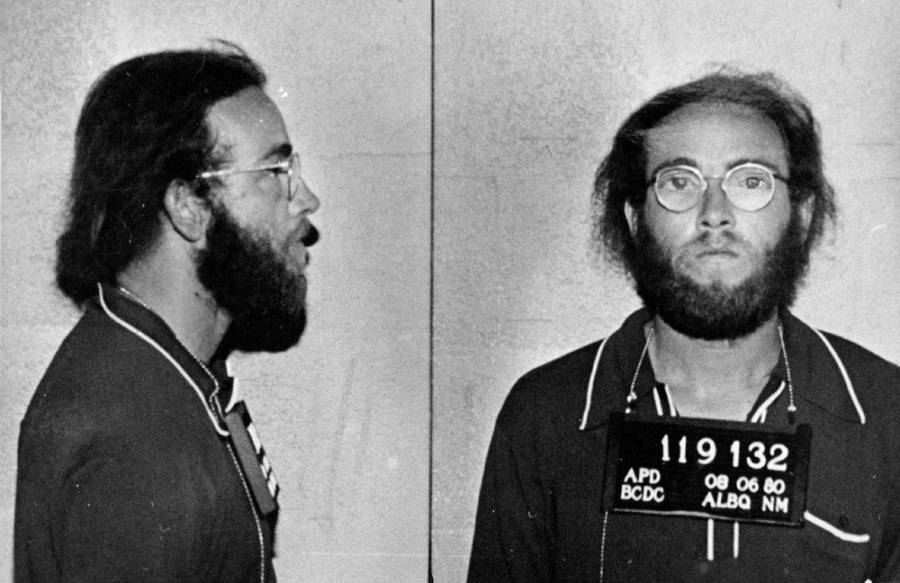 In 1979, Marion Albert Pruett went on a killing spree that claimed the lives of five victims. He was convicted and placed on death row in Arkansas. He ate only a portion of his sizable last meal: three bites from one of the two cheeseburgers he requested, six slices of an eight-slice pizza and eight slices of fried green tomatoes. He ate half of his onion rings and neglected his fries completely. He drank a quart of buttermilk and had a slice of pecan pie.Denver Post 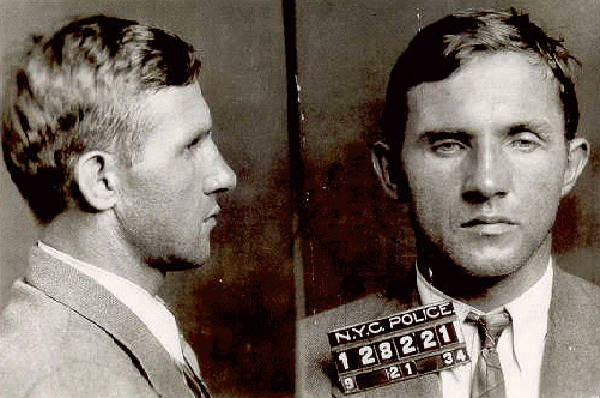 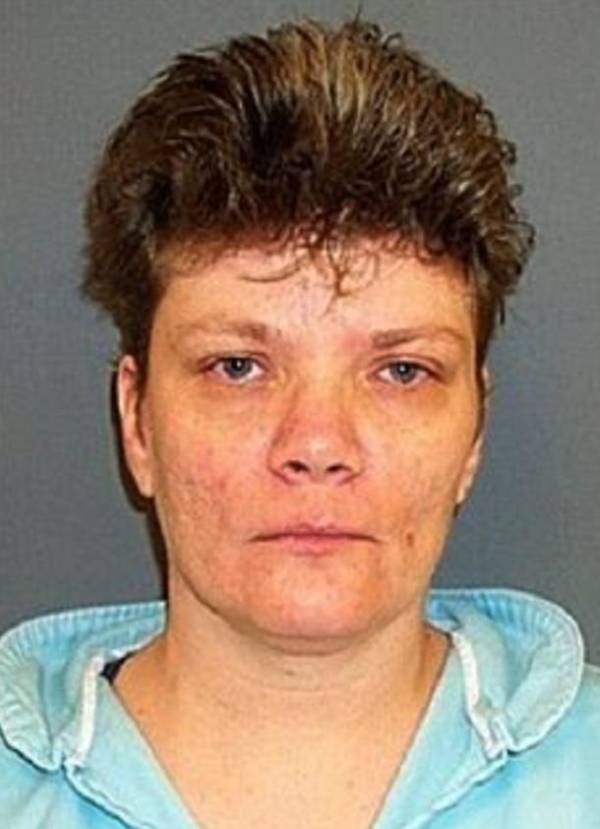 In September 2010, Teresa Lewis became the first female convict to be killed by lethal injection in the state of Virginia. She was convicted of killing her husband and stepson. Her final meal request: sweet peas with butter, fried chicken, German chocolate cake, and Dr. Pepper.Virginia Department of Corrections 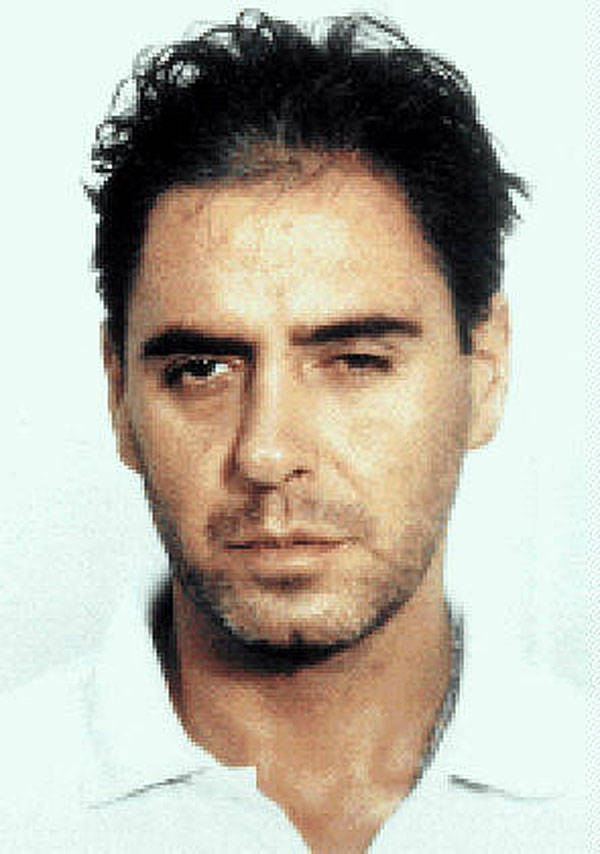 Dubbed the "tourist from hell," John Martin Scripps was found guilty of three murders and become one of the first Westerners to be hanged in Singapore since the country's independence from Britain. He asked for pizza and a cup of hot chocolate for his final meal, in 1996.Singapore police/Reuters Pictures 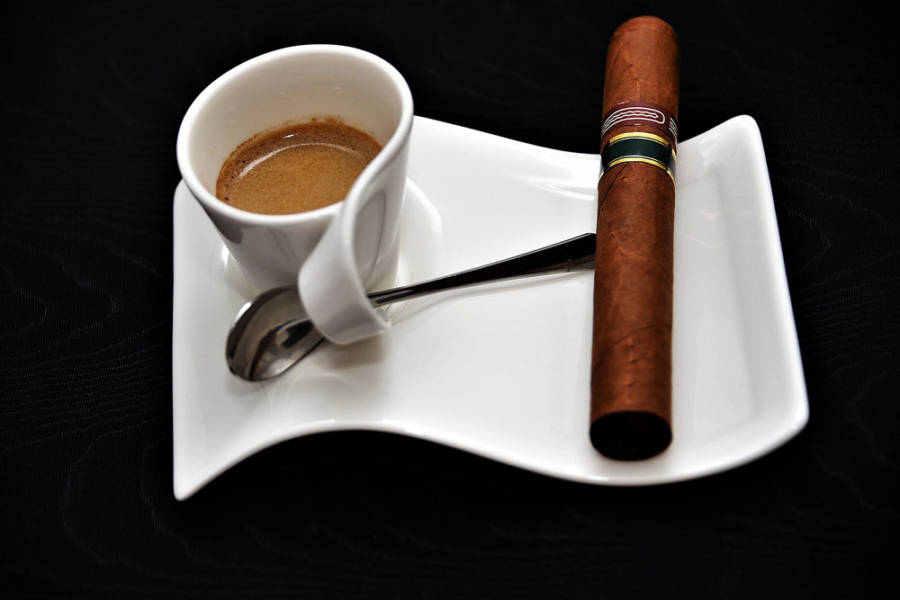 Fritz Haarman, the "Butcher of Hanover," was a German serial killer who was executed by beheading in 1925 for the murder of 24 boys and young men. His final request was that he could smoke an expensive cigar and drink a cup of Brazilian coffee.Pixabay 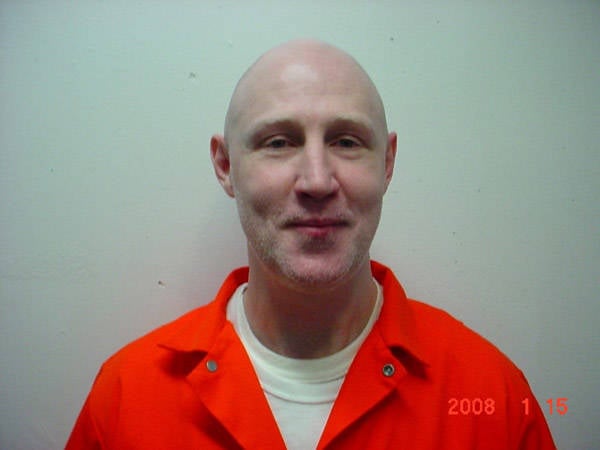 Convicted murderer Ronnie Lee Gardner enjoyed his last meal of steak, lobster tail, apple pie, vanilla ice cream, and 7-Up two days before his execution by firing squad in Utah in 2010. He chose to spend his final days fasting, reading the spy thriller Divine Justice, and watching the Lord of the Rings films.Utah Department of Corrections 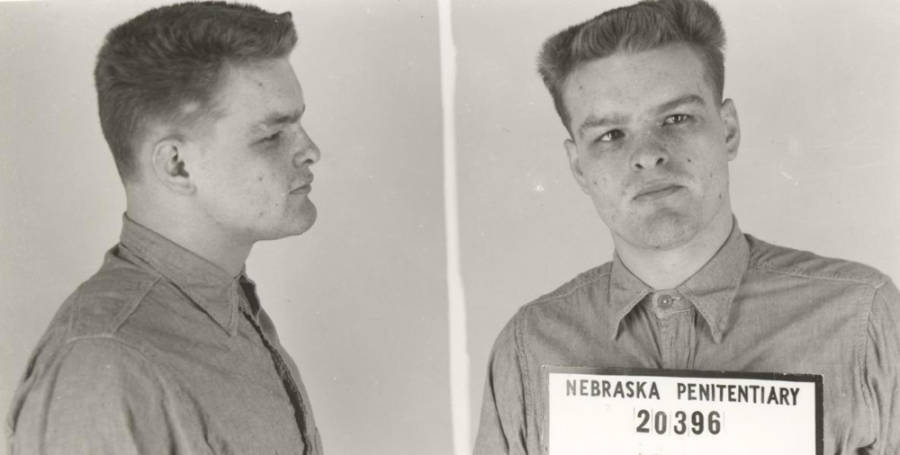 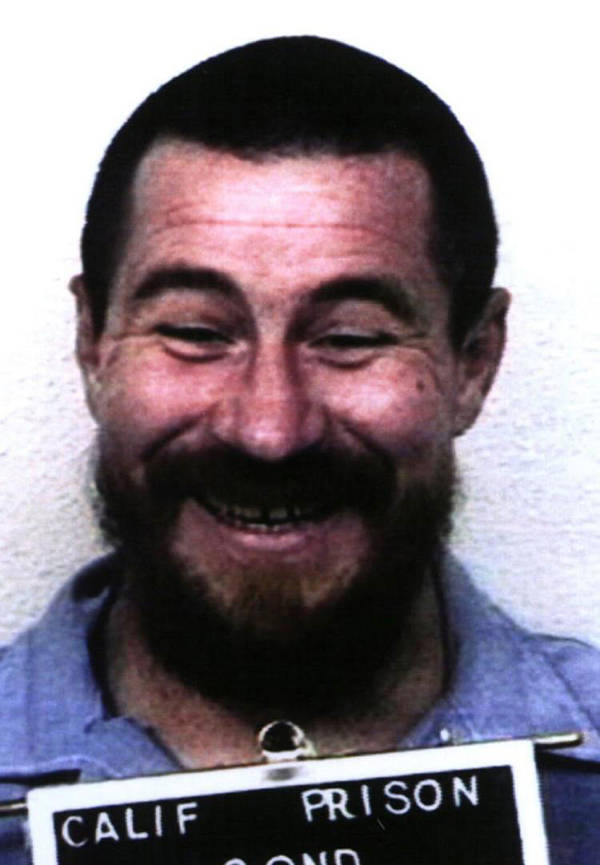 Stephen Wayne Anderson, sentenced to die after fatally shooting an 81-year-old California woman in 1980, asked for two grilled cheese sandwiches, a mix of hominy and corn, and a pint of plain cottage cheese. He topped it all off with a piece of peach pie, a pint of chocolate chip ice cream, and radishes.California Department of Corrections and Rehabilitation 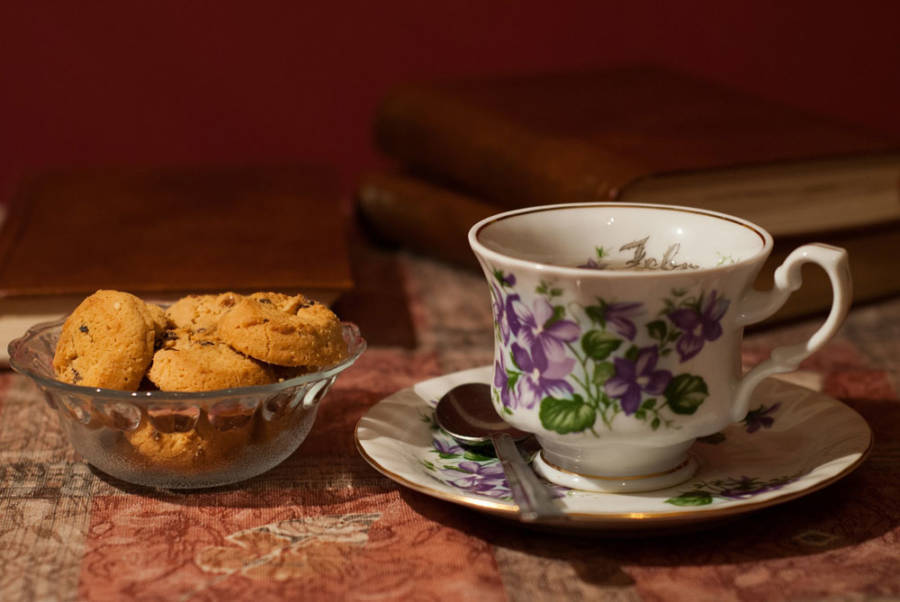 For rapist and murderer John Elliot, a cup of hot tea and six chocolate chip cookies were enough for his final meal in 2003.Pixabay 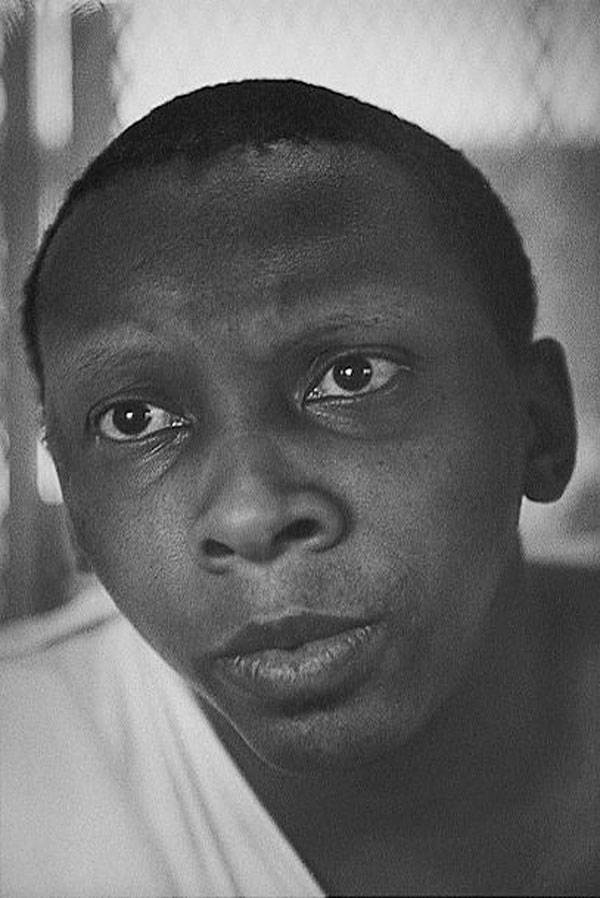 Odell Barnes, a convicted rapist and murderer put to death in Texas in 2000, asked for a final meal of "Justice, Equality, World Peace."Murderpedia 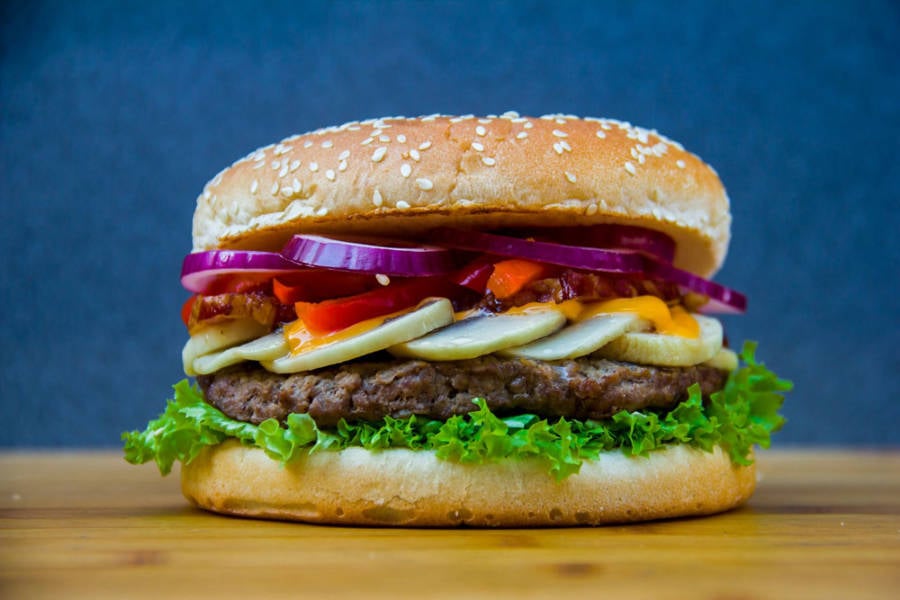 Delbert Teague did not ask for a final meal on the day of his execution in Texas in 1998. However, at the request of his mother, he decided to have a hamburger.Pixabay 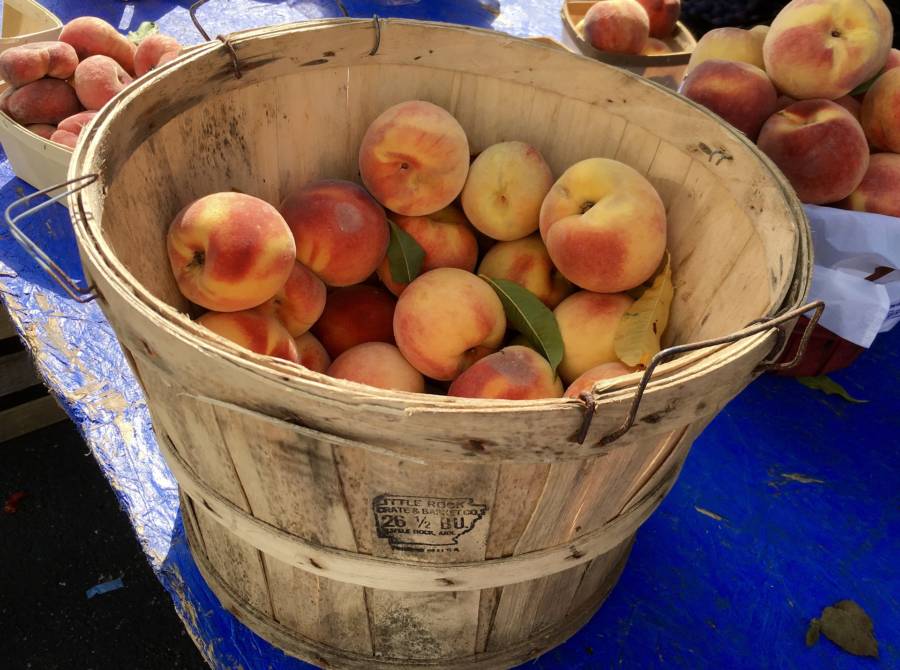 Murderer Cleve Foster asked for a five-gallon bucket of peaches, two fried chickens, and French fries. But he then received a reprieve from the Supreme Court, so he never got to enjoy that particular meal. He was, however, ultimately executed in 2012.Pixabay 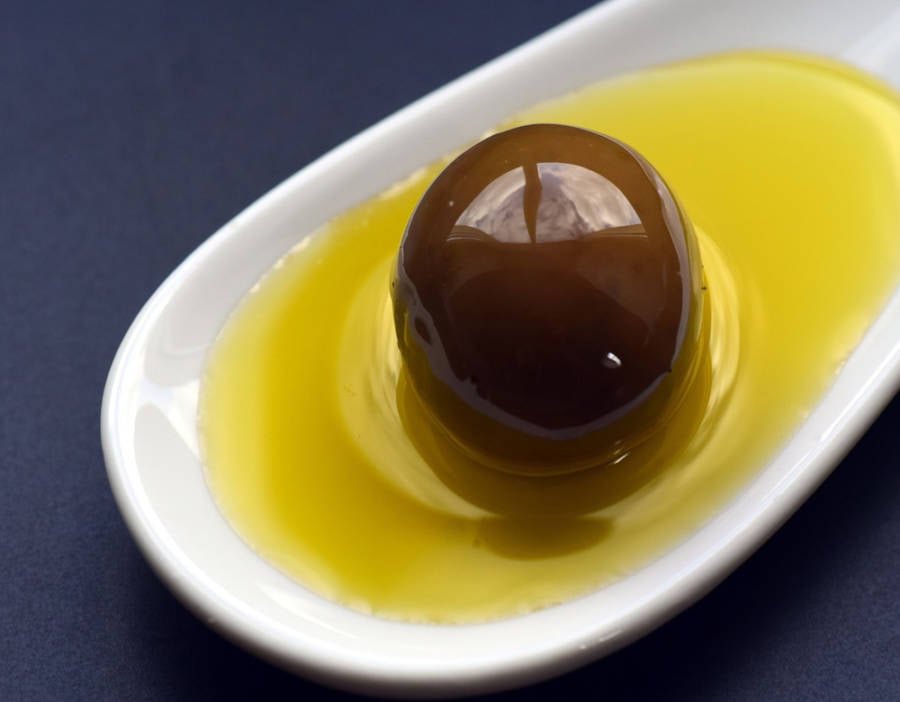 Victor Feguer is perhaps better known for his final meal of a single olive (with the pip still in it) and for the fact that he was the last person put to death in the state of Iowa than for the murder that actually landed him in the gallows in 1963.Pixabay 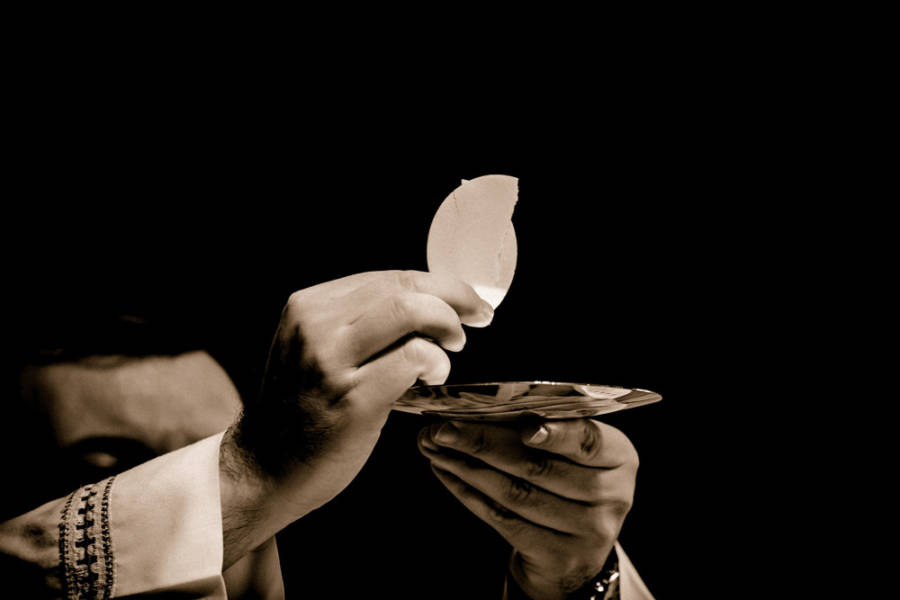 Two-time murderer Jonathan Nobles entered a 12-step recovery program after he was incarcerated and became a devout Catholic. For his last meal, in 1998, Nobles consumed bread as part of a final Holy Communion ritual.Pixabay 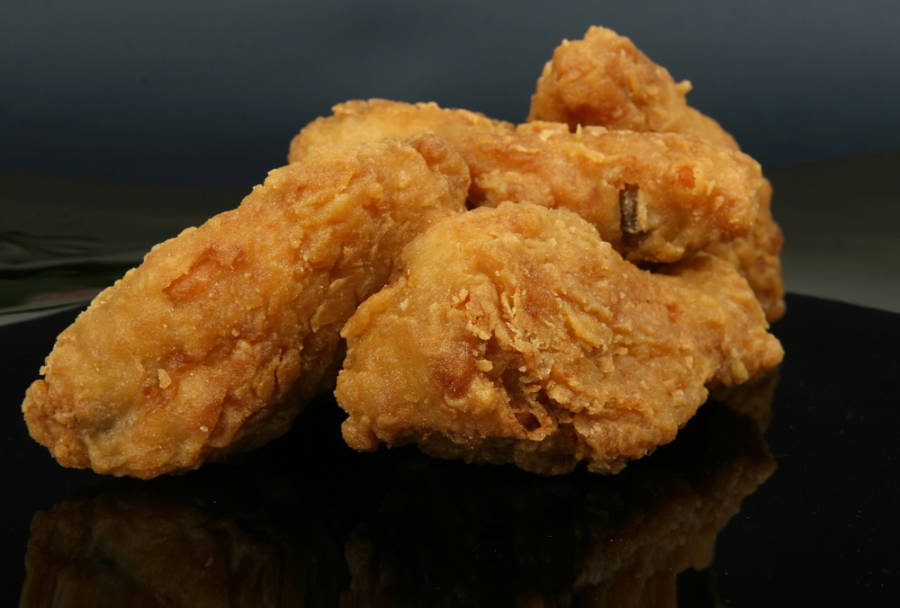 Reginald Lenard Reeves was placed on death row for the brutal murder of 14-year-old Jenny Lynn Weeks. Four pieces of chicken and two Cokes were all that he requested for his final meal in 2002.Pixabay 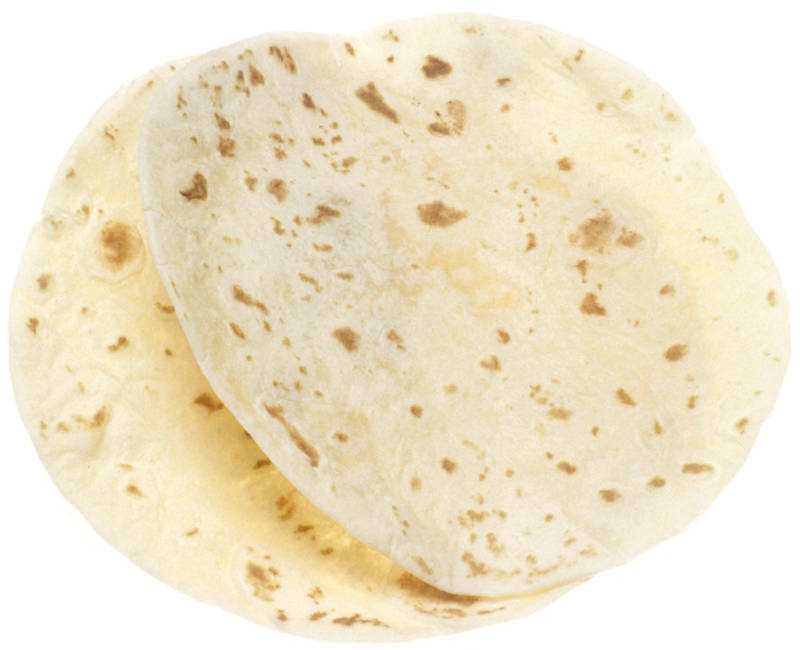 Murderer Charles Rumbaugh's final meal request in 1985 was a simple one: one flour tortilla and water.Wikipedia 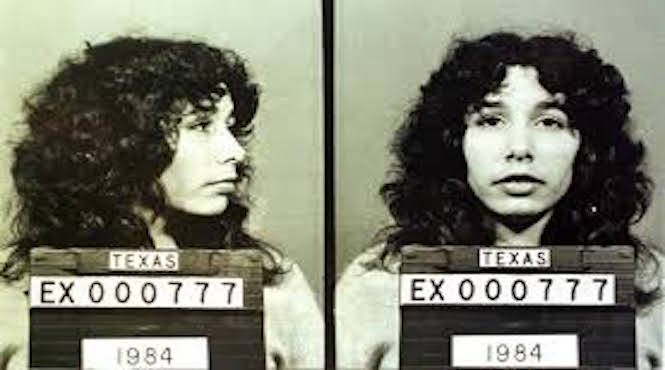 Karla Faye Tucker, a Texan who was executed in 1998 for killing two people in a burglary, requested a fruit plate for her last meal, although she did not eat it.Texas State Department of Corrections 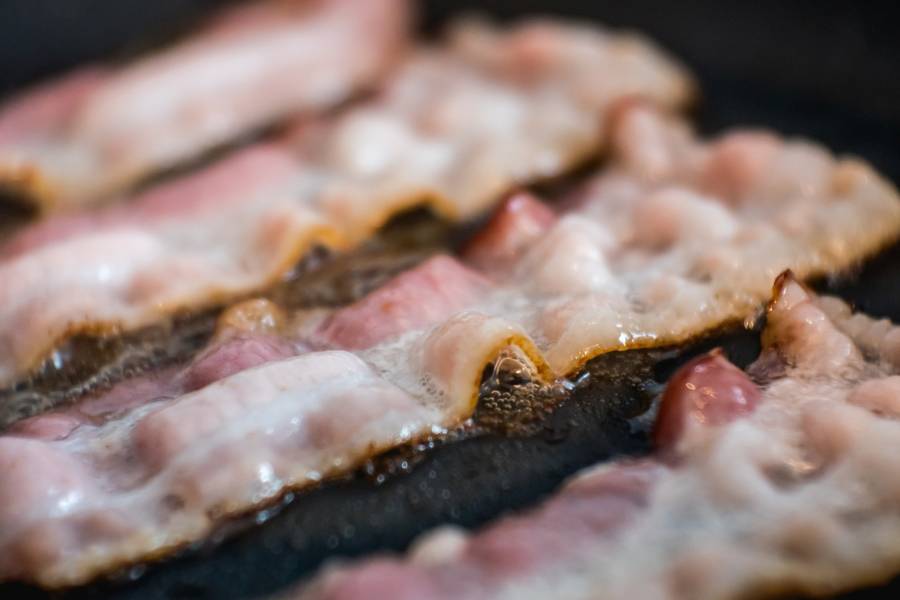 Charles Peace was an infamous cat burglar and murderer whose story piqued the interest of Sir Arthur Conan Doyle, who once mentioned him in a Sherlock Holmes tale. On the morning of his execution in 1879, Peace ate a hearty breakfast of eggs and a large amount of salty bacon.Pixabay 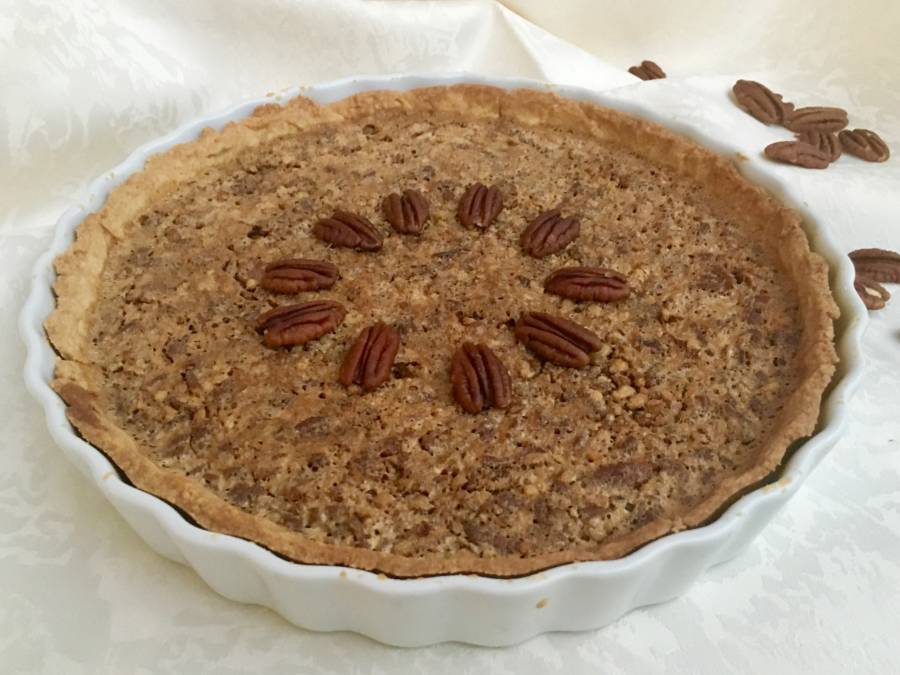 After murdering a man in a restaurant, Ricky Ray Rector duped a police officer into believing that he would surrender for his crime. Instead he shot the officer in the back before turning the gun on himself in an attempted suicide. He survived a gunshot wound to the head, but was left intellectually impaired. His mental insufficiency was perhaps best illustrated when he told officers on the day of his execution, in 1992, that he was saving his pecan pie for later. The rest of the meal consisted of steak, fried chicken, and cherry Kool-Aid. Correction officers refrained from disposing of the pecan pie until after his execution.Pixabay

In France, prisoners condemned to die were once granted no formal last meals. A "little glass of rum" was the only offering before shuffling off this mortal coil. Today, however, many prisons across the developed world at least entertain the idea of last meals for those about to be executed.

And the meal choices made by those on death row have long piqued the interest of those who argue that these decisions are powerful reflections of a person's character and personality. Perhaps prisoners who've committed terrible crimes motivated by dark psychological impulses beyond our understanding actually reveal something about their innermost self via their choice of final meal.

There's "The Vampire of Düsseldorf," the vicious serial killer who asked for seconds of his final meal. Then there's notorious murderer John Wayne Gacy, who went out in a blaze of decadent deep-fried glory.

On the other hand, Saddam Hussein and serial killer Aileen Wournos made only very modest requests, while murderer Ted Bundy made no request at all (but ended up getting something anyway).

Some went for broke with a gluttonous feast while some ate light before meeting their fate. Some went savory while some went sweet. Some went nutritious while some, well, did not. All in all, these last meals are as varied as the people who ordered them.

Nevertheless, perhaps each meal does reveal something intimate about the criminal who ingested it. Perhaps there, with their death at hand, they let their guard down and showed us something about who they really were.

To see more about the last meals of executed criminals, view the gallery above and see what you think: Do these requests reveal much about the criminals who made them?

After this look at last meals, check out some of the last words of executed criminals as well. Then, read 21 serial killer quotes that will chill you to the bone.