After Lauren Dumolo vanished from her neighborhood in Cape Coral, Florida, her purse and shoes were found in a nearby park where she claimed she was being followed just a few days before. 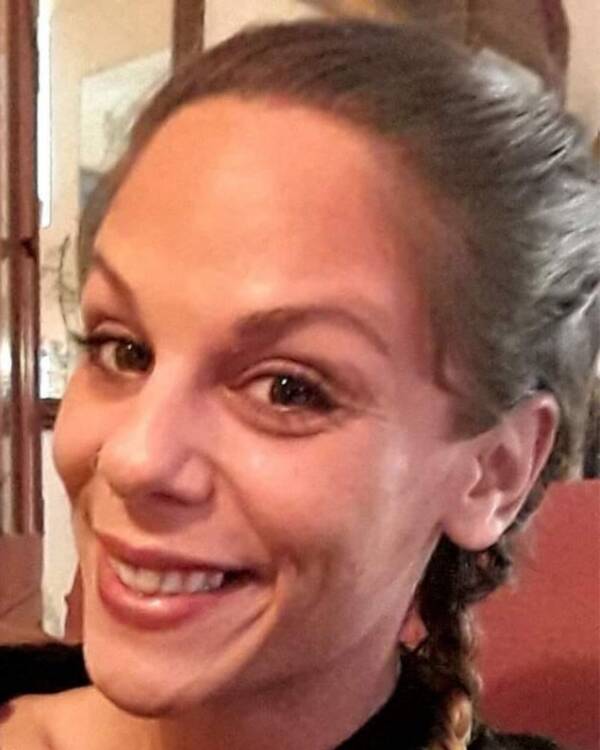 On the morning of June 19, 2020, Lauren Dumolo’s boyfriend kissed her goodbye and headed to work. When he returned home at 10 p.m., she was nowhere to be found — and no one has seen her since.

The 29-year-old woman had struggled with her mental health in the weeks leading up to her disappearance, and she’d been released from an involuntarily hold at a psychiatric facility just a day before she vanished.

Dumolo’s family immediately launched an extensive search effort, because they didn’t believe the young mother would have disappeared willingly. Alongside police, they scoured Dumolo’s Cape Coral, Florida neighborhood in an effort to find clues to her whereabouts.

In the years since Dumolo’s disappearance, investigators haven’t uncovered any new information about what may have happened to her. Whether she had a mental health crisis or something more sinister occurred, Lauren Dumolo’s family is no closer to learning the truth.

Lauren Dumolo’s family and friends remember her as a kind, loving mother to her five-year-old daughter McKayla. They say she had a heart of gold and would help anyone in need. Born July 14, 1990, and raised in New York by her father Paul Dumolo, she moved to Cape Coral, Florida, in 2016 to build a relationship with her estranged mother.

According to the Charley Project, on June 19, 2020, Dumolo’s boyfriend Gabriel Pena kissed her goodbye when he left for work at 6 a.m. Her typical morning routine was to walk to the nearby Four Freedoms Park around 8 a.m. to meditate before returning home to start her day.

On that fateful Friday, a maintenance worker claims he saw Dumolo walking from the park toward the direction of her apartment around 8:30 a.m. But when Pena returned home from work at 10 p.m., she wasn’t there.

After an hour, Pena called Dumolo’s father to tell him she was missing. He ensured the worried man that he would file a missing persons report immediately.

However, when Paul Dumolo called the Cape Coral Police Department two days later on June 21 after his daughter uncharacteristically failed to call him on Father’s Day, he learned that Pena had never filed a report at all.

When police finally began investigating, they learned that a park visitor had found Lauren Dumolo’s purse and shoes beneath a tree at Four Freedoms Park on the day she went missing.

And in questioning Dumolo’s family, police also learned about the tumultuous month the young woman had just experienced.

According to the Crime Junkie podcast, Dumolo’s family told investigators that she had gotten an abortion in late May of 2020, and that’s when her mental health issues began. Doctors thought hormonal fluctutations may have been causing bouts of psychosis.

Dumolo was involuntarily admitted to a psychiatric facility twice in June. Before one admission, she had been found swimming in the water near Four Freedoms Park. When her father asked her what she was doing, she replied, “I was being followed, I was being chased.” 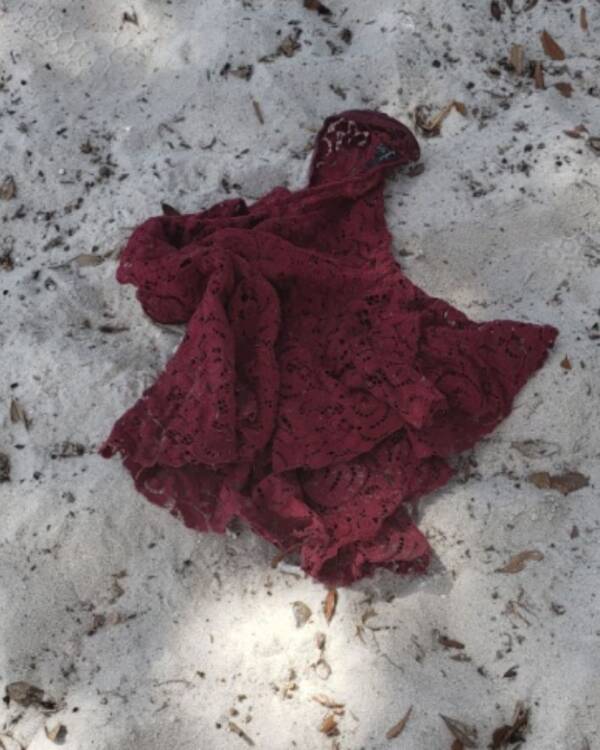 Trish Routte with Southwest Florida Crime Stoppers told Fox 4 News, “Everything that was happening in Lauren’s life in the weeks before she went missing is information that we need to explore to the very depths.”

Routte explained, “That may or may not have had anything to do with her disappearance, but we have to explore every aspect.”

Dumolo was released from her second involuntary hold on June 18. She spent the day looking for employment, as she had lost her previous job due to missing work while she was in the facility. Surveillance footage captured Dumolo submitting applications at a sandwich shop and a gas station.

Another maintenance worker says Dumolo approached him on June 18 and asked if he knew of any cheaper apartments in the area, because she wanted to “get out” of the situation she was in. Her family found this odd, as she had just paid her rent in full for the next month.

But despite her odd behavior, Dumolo’s family is convinced she didn’t vanish willingly. That’s because they say she was determined to gain back custody of her young daughter.

Dumolo struggled with substance abuse and had lost custody of McKayla several years earlier. But her family says she had been sober for two years before her disappearance, and the fact that she spent her first day out of the psychiatric facility applying for jobs shows how dedicated she was to getting her daughter back.

“This whole thing has been a complete and utter nightmare,” Dumolo’s friend Erika Tschiggfrie said. “In my gut and in my soul, I know something really bad happened to her.”

Was Foul Play A Factor In Her Disappearance?

Although police have cleared Gabriel Pena as a suspect in Lauren Dumolo’s disappearance, her family isn’t so sure.

According to ABC 7, Pena says he didn’t report Lauren Dumolo missing right away because she’d left for days in the past without contacting anyone.

But Pena’s initial lack of concern isn’t the only reason Dumolo’s family is suspicious. 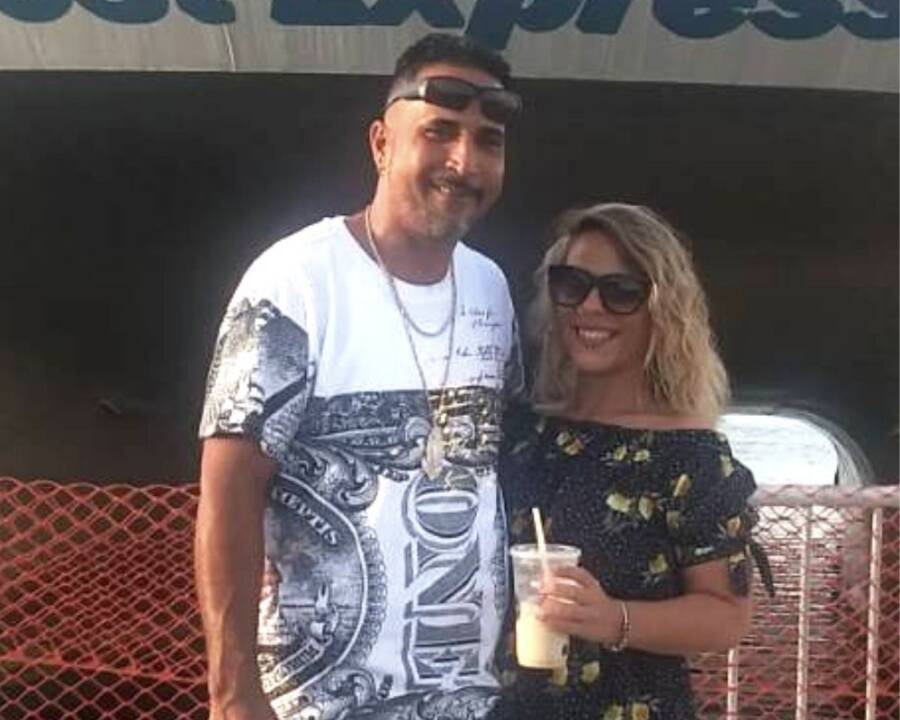 Her sister, Cassie Carey, claims that she searched Dumolo’s apartment for clues following her disappearance. While she was there, Pena arrived and took Dumolo’s television since she “obviously” wasn’t coming back.

Then Carey asked Pena if he knew where Dumolo’s cell phone was, since she couldn’t find it in the apartment and it hadn’t been with her purse in the park. Pena went inside and came back out moments later with the fully charged phone.

The last activity on the device had been a video call to Pena at 10:30 a.m. on June 19, the very day Lauren Dumolo vanished. But he claimed he never received the notification.

On July 2, two weeks after Dumolo went missing, a burgundy shirt she frequently wore suddenly showed up on the beach in Four Freedoms Park. Dumolo’s family and police had searched the spot countless times before, so they became suspicious that someone had planted the shirt there.

And what’s more, when police released cadaver dogs in Four Freedoms Park, they instead left the park and ran across the street to a van parked in Lauren’s mother’s driveway — a van that Pena frequently used for work.

But despite the questionable circumstances, Pena’s history of domestic violence, and even the fact that Dumolo admitted to her father that Pena had beaten her just prior to her disappearance, as reported by Crime Junkie podcast — police say he’s not a suspect.

When WINK News spoke with Pena about his girlfriend’s disappearance, he said, “I’m worried and scared. Not scared because I didn’t do anything, but I’m just worried something really did happen.”

He also offered his own theory on Dumolo’s whereabouts: “So my thing is that she went out with one of her friends. Her friend got her all messed up on drugs, and I don’t know what after that.”

So what did happen to Lauren Dumolo? Detective Nick Jones of the Cape Coral Police Department explained, “As it stands now, she just vanished.”

A dive team couldn’t locate any remains in the water at Four Freedoms Park. A body was found 20 minutes away in Fort Myers, Florida in October 2021, but it wasn’t Dumolo’s. And no other evidence has emerged in the years since she vanished.

But Dumolo’s family is still determined to find out what happened to her. “It’s not like we’re going to wake up and we’re not going to do anything,” said Carey. “We’re going to continue to push through social media, push it through different media waves and just make sure we keep Lauren’s story alive.”

Cape Coral Police confirm that the investigation into Lauren Dumolo’s disappearance is open and active. Anyone with any information is urged to contact them.

Now that you’ve read all about the mysterious disappearance of Lauren Dumolo, learn about Lauren Spierer, the college student who went missing after a night out with friends. Then, go inside the story of Maura Murray, the nursing student who vanished without a trace.