The Story Of Ronald Speirs, The Tough-As-Nails Paratrooper From The Real-Life ‘Band Of Brothers’

Lieutenant Ronald Speirs earned a reputation for both bravery and brutality while fighting in Europe with the now-legendary Easy Company during World War II. 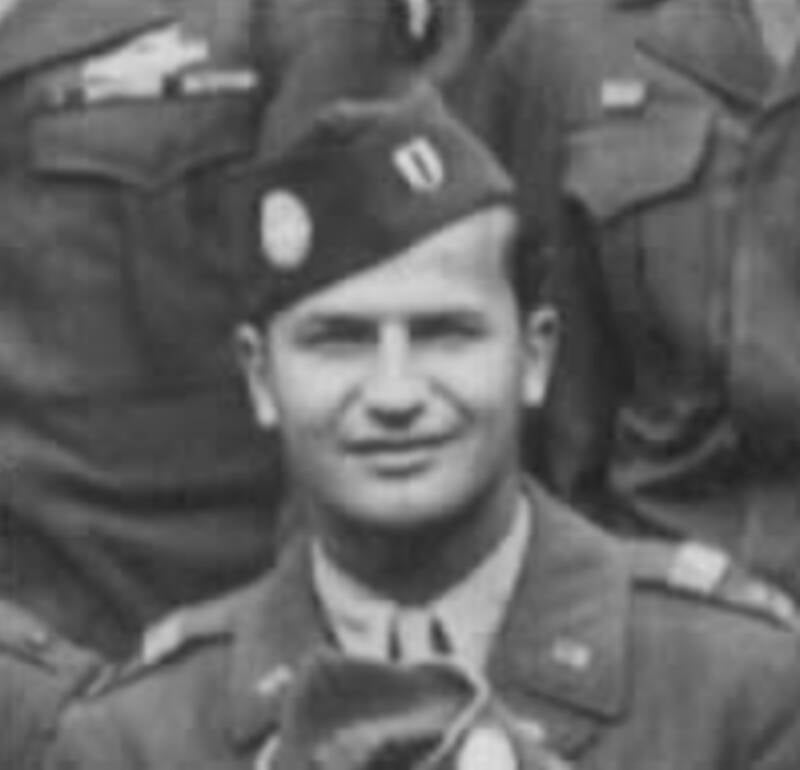 U.S. ArmyRonald Speirs in Austria after the end of World War II.

During one particularly intense World War II battle in Belgium, an American company found itself pinned behind German lines with no radio. Then, a lieutenant named Ronald Speirs took decisive action — and ran straight through the center of the German-occupied village.

“The Germans were so shocked at seeing an American soldier running through their lines – they forgot to shoot!” said a fellow member of Speirs’ company. And after relaying vital messages to the company on the other side of the village, Speirs turned around and ran right back through the same enemy line.

Speirs put his life on the line for the mission and lived to tell the tale. What’s more, this was far from the first time that Ronald Speirs risked everything for his men and his country.

But who was Ronald Speirs, the American war hero later featured in Band of Brothers?

Who Was Ronald Speirs?

Although he made his name fighting in the U.S. Army, Ronald Speirs was born in Edinburgh, Scotland, on April 20, 1920. The youngest of five children, Speirs had few memories of Scotland. His family moved to Boston in 1924.

When war broke out, Ronald Speirs volunteered. He’d been working as an accountant but set aside his career to head for basic training in Mississippi. During basic training, the army asked Speirs to join a new unit: the Parachute Infantry. 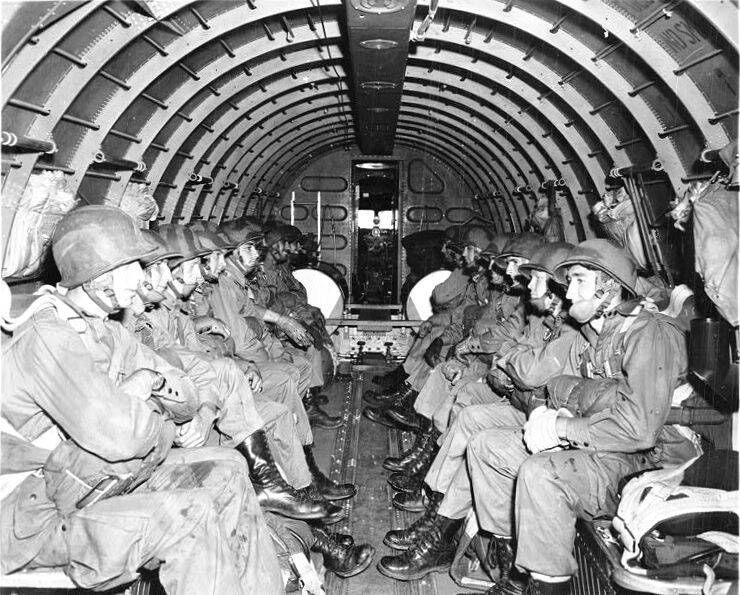 U.S. Army Signal CorpsU.S. Paratroopers practice their jumps during maneuvers in England, circa 1942.

The move would send Speirs to one of the most dangerous jobs in the military. But it also netted him an extra $100 a month in pay, so Speirs signed up.

Paratrooper training started with straightforward tasks. Speirs and his regiment would run three miles up Mt. Currahee in Georgia, then back down. They began jumping from mock planes and low towers until the regiment moved to Fort Benning and started leaping out of C-47 planes. Next, they practiced night drops.

By 1943, the regiment was ready for combat. And Speirs held the role of platoon leader in E Company of the 506th Parachute Infantry Regiment.

Ronald Speirs entered active duty with the U.S. Army in June 1944. Two days later, he climbed aboard a C-47 to cross the English Channel and land in Normandy.

The D-Day invasion sent 156,000 Allied troops into Nazi-occupied France. And Speirs was one of them.

As platoon leader, Speirs found himself in charge of around 15 paratroopers. And due to low cloud cover, the paratroopers landed around four miles from their target zone. Speirs led his men toward Brecourt Manor. But before they reached their target, Speirs’ company came across a group of German soldiers. 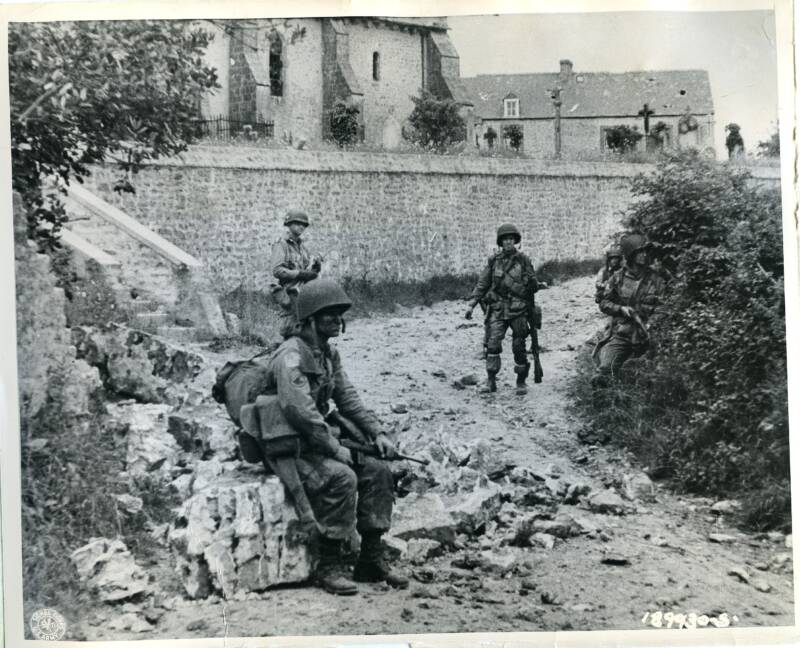 With orders to take no prisoners, Speirs shot the men. The controversial action won Speirs praise from the press back home.

At Brecourt Manor, Speirs led an assault against an artillery battery. German soldiers tossed a grenade at the Americans as they fled. Speirs shoved the grenade under the mud, pressing it down with his boot. The lieutenant’s quick thinking saved lives — and Speirs walked away with only minor damage to his boot.

On D-Day, Ronald Speirs showed bravery that bordered on suicidal. And that continued during his time in Europe.

Speirs and his men crossed France, Holland, and Belgium, winning back territory seized by Hitler. And then, in the Belgian village of Foy, Speirs put his life on the line.

U.S. troops flanked the town, held by German soldiers, but the company on the far side of the town had no radio. The dangerous situation could have ended in disaster — until Speirs sprinted right through the center of the village with German soldiers staring him down the entire time.

Speirs miraculously reached the company, where he gave orders before running back through the village a second time.

“He just kept on running right through the German line, came out the other side, conferred with the I Company CO and ran back,” Carwood Lipton said in a 1991 interview. “Damn, that was impressive.”

The heroic action earned Speirs a promotion. He would be in charge of E Company, later immortalized in historian Stephen Ambrose’s book Band of Brothers.

But not every story about Ronald Speirs was positive. Controversy also followed the officer.

Killing prisoners of war during the D-Day invasion violated the Geneva Convention. In spite of that, a Boston Globe article praised Speirs and reported that he was “awarded the Bronze Star for singlehandedly killing 13 Nazis after parachuting into Normandy on D-Day.”

Speirs also reportedly shot a platoon sergeant during the invasion. According to eyewitnesses, a drunk sergeant had been ordered to stand to make way for an artillery barrage, but insisted on going into the fray. Speirs relieved the sergeant of duty, but when the man became indignant and leveled his rifle at Speirs, the lieutenant shot.

“The platoon saw it happen without batting an eye,” Speirs later said in his defense. 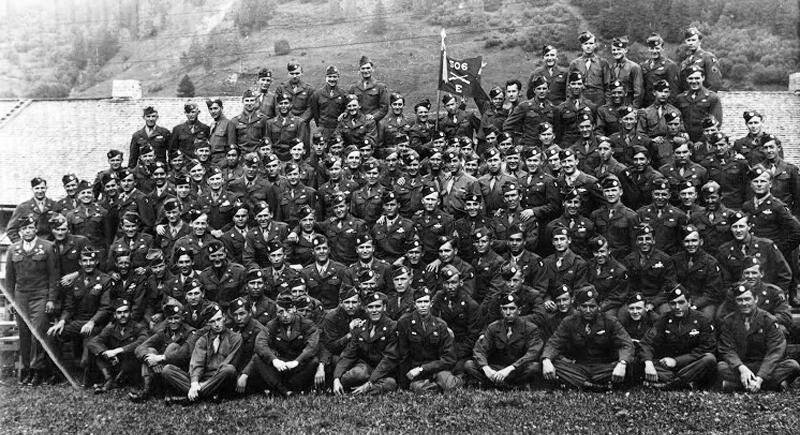 “Speirs shot him,” Easy Company Major Dick Winters later wrote. “[And] in doing so he probably saved the lives of the rest of the squad.”

Years later, when historian Stephen Ambrose wrote Band of Brothers about E Company, fact-checking the many Speirs stories proved almost impossible. One tale claimed that Speirs handed out cigarettes to German POWs before shooting them. Another said Speirs shot a sergeant just for being drunk.

Simon and Schuster reached out to Speirs, concerned that publication would cause a lawsuit. Speirs had no problem with the stories, quipping, “I’m 81 years old, what can they do to me now?”

Ultimately, Ronald Speirs died five years later, on April 11, 2007, at the age of 86. He left behind a complicated legacy as one of the most storied figures in the real-life “Band of Brothers.”

After this look at Ronald Speirs, read about Easy Company leader Richard Winters, and then learn about heroic paratrooper Lewis Nixon.