Captain Lewis Nixon III fought with the 101st Airborne Division's Easy Company alongside Major Dick Winters in historic clashes like D-Day and the Battle of the Bulge. 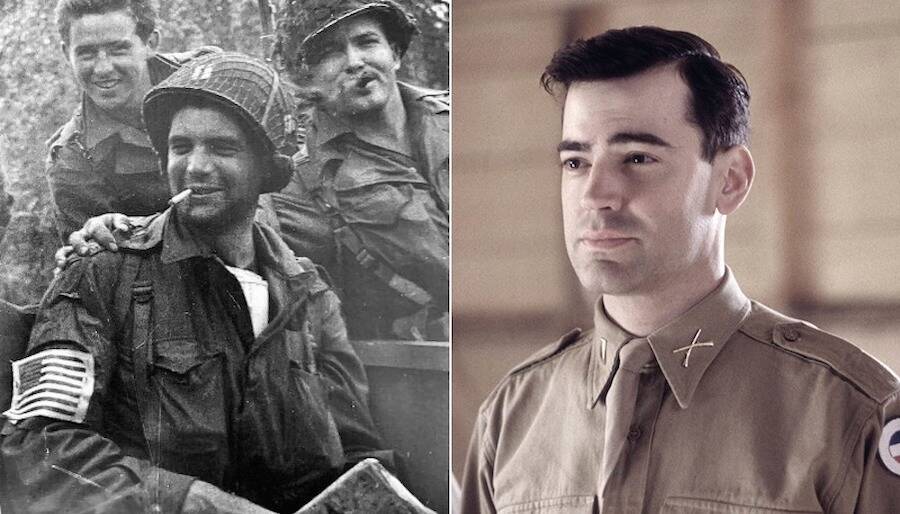 Lewis Nixon III has become one of the most storied figures in the Allied invasion of Europe during World War II. A member of the 101st Airborne Division, he parachuted into Nazi-occupied France and joined assaults like the Battle of the Bulge and Operation Market Garden to help thwart the Axis in Europe.

As chronicled in HBO’s Band of Brothers, Lewis Nixon served under Richard Winters, whom he met in cadet school. They soon formed a close bond, even though they were quite different in some key ways. Nixon was a hard-drinking, well-traveled Ivy Leaguer, whereas Winters had never left Pennsylvania before Basic Training and never drank.

But these dissimilar men endured some of the most harrowing battles in Europe and forged a friendship that lasted well after the war ended.

“I still regard Lewis Nixon as the best combat officer who I had the opportunity to work with under fire,” said Winters. “He never showed fear, and during the toughest times he could always think clearly and quickly.”

This is the true story of Captain Lewis Nixon III that Band Of Brothers only began to tell.

Lewis Nixon was born on Sept. 30, 1918, in New York City. He was the eldest of three children. His little brother Fletcher Ryer died as an infant in 1922, leaving only Lewis and his sister Blanche. Raised by Stanhope Wood Nixon and Doris Ryer, the two children traveled a lot and lived wealthy, privileged lives.

Nixon’s grandfather was a shipbuilder and the first to bear his name. A love of the water seemed to run in the family, as Nixon was only seven years old when he competed in a model yacht regatta in Central Park’s Conservatory Lake on May 22, 1926.

When not in Manhattan, the bicoastal Nixon was in Montecito, California throughout his youth. He was also fortunate enough to travel across Europe before war fractured the continent, and experienced the cultures of Germany, England, and France before Hitler rose to power.

Exceedingly smart, Nixon graduated from the Cate School in Santa Barbara before being accepted into Yale University. He studied there for two years, but life ultimately had other plans. Shortly after marrying his first wife, he enlisted in the U.S. Army in Trenton, New Jersey, on Jan. 14, 1941. His life would change forever.

Before the year was up, the newlywed soldier underwent Basic Training at Camp Croft in South Carolina. While Richard Winters had done the same, the two would only meet in Army Officer Cadet School at Fort Benning in Georgia. Both men had become Second Lieutenants before temporarily parting ways.

Nixon had been ordered to Fort Ord, California, to serve a Military Police unit. He reunited with Winters after volunteering to join the Paratroopers. Both were assigned to Company E, 2nd Battalion (or Easy Company) of the 506th Parachute Infantry Regiment at Camp Toccoa, Georgia — where they met Herbert Sobel.

As dramatized in Band of Brothers, Sobel was 1st Lieutenant and in command of Easy Company’s airborne training. They were some of the first U.S. soldiers to receive it. Sobel’s strict leadership saw him demoted, while Winters was made First Lieutenant by October 1942 — and Nixon made commander of 2nd Platoon.

In September 1943, the 506th Parachute Infantry Regiment was deployed to Aldbourne, England, to prepare for the invasion of Normandy.

The Allied Invasion of Normandy began in the early morning hours on June 6, 1944. Nearly 160,000 Allied troops would cross the English Channel into France beginning at dawn, with units like the 101st Airborne Division tasked to clear key landing sites to prepare for their arrival. 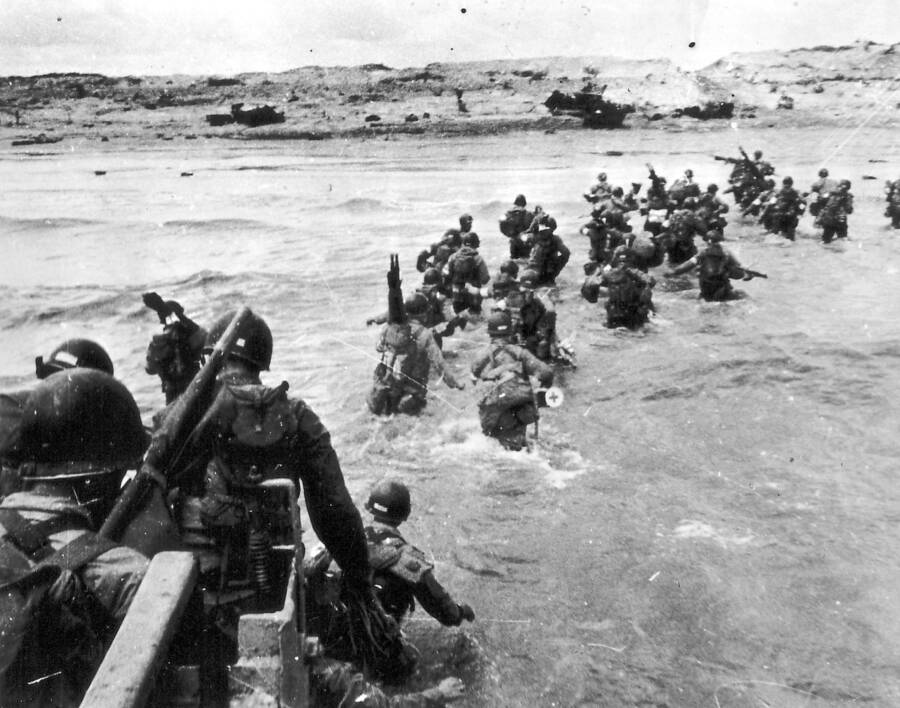 Winters parachuted into Normandy around 1 a.m. and lost his rifle in the process. He managed to locate his unit, however, when he learned that Easy Company’s aerial headquarters had been shot down — and he was now in charge. With 13 men, he led an assault on 50 Nazis firing artillery at key exits on Utah Beach.

Known as the Brécourt Manor Assault, his approach would be taught at West Point for decades. It was here that he retrieved a map detailing German defensive positions on the coast. After parachuting into Normandy himself, Nixon located Winters and ran three miles to Utah Beach to run it up the chain of command.

Without the service of these two men, countless additional Allied lives may have been lost during the Normandy invasion. Winters was promoted to Captain, while Battalion headquarters was so grateful for the intelligence that they deployed the first two tanks to land on Utah Beach to find and assist the 101st.

The effort to recapture Holland from the Nazis was christened Operation Market Garden and saw Easy Company parachute into the town of Son in September. It was here that Nixon was nearly killed when a stray bullet hit his helmet only to graze his head and exit from the other side. 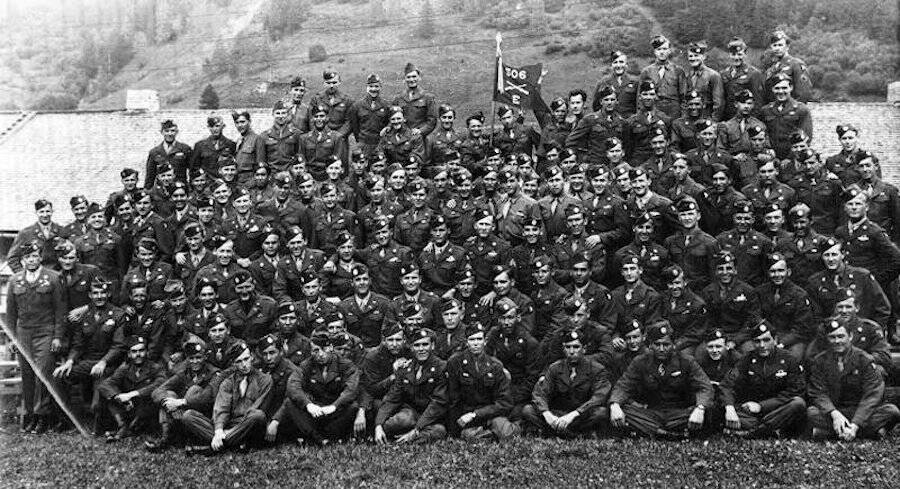 While Nixon would be promoted to Captain and Regimental S-2, his alcoholism saw him demoted before the war was over. He was notified by telegram that his wife was divorcing him and his hangovers became increasingly debilitating. As Winters recalled: “Nixon was a hard man to get out of the sack in the morning.” 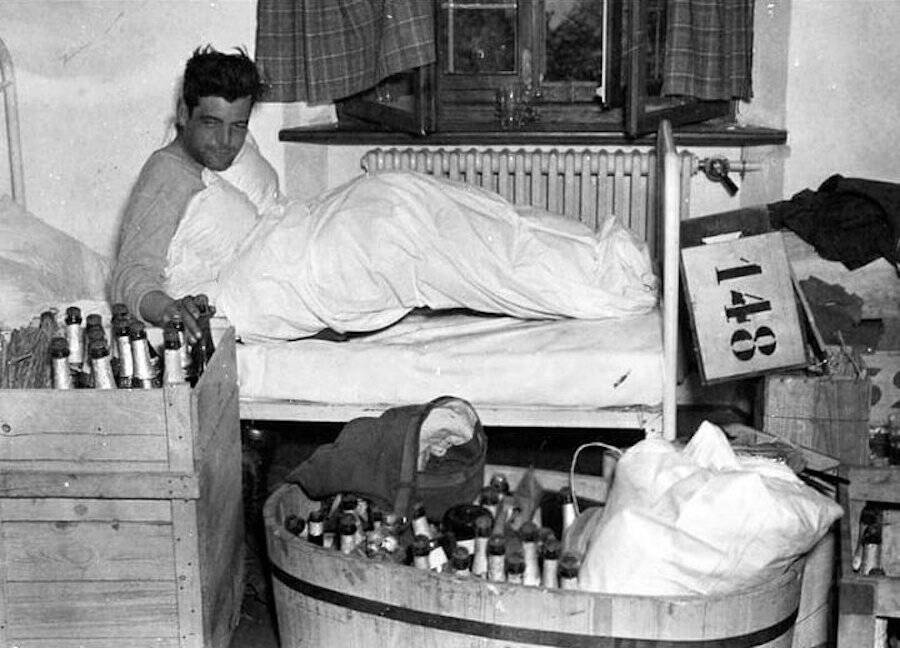 @EasyCompany506t/TwitterLewis Nixon with his beloved stash of Vat 69 whiskey.

Nonetheless, Nixon served bravely in key skirmishes like the Battle of the Bulge in Bastogne, Belgium. He and Winters held Allied ground against 15 German divisions that had cornered the 101st Airborne for nearly a week in December 1944.

After fighting across France, Holland, and Belgium, Easy Company had slowly begun to encroach on Germany. Lewis Nixon and Dick Winters arrived at the Kaufering IV concentration camp in Landsberg am Lech in Bavaria to witness the human atrocities with their own eyes on April 28, 1945.

The 12th Armored Division had arrived a day prior, but Nixon, Winters, and the 101st Airborne Division were met by 500 charred corpses still riddling the grounds. Uniformed prisoners stumbled around on weakened feet, with Nixon and Winters requiring a few moments to realize what sort of facility they had uncovered.

Aware of the incoming Allied troops, Nazi officers had torched the camp barracks and left their malnourished inhabitants to die. As chronicled in the Band of Brothers “Why We Fight” episode, the liberation answered a question Winters had often asked himself — as survivors begged for help and pleaded to be rescued.

Two days later, Adolf Hitler committed suicide. Eight days after that, Winters was promoted to Major and ordered to recapture Berchtesgaden, the dictator’s “Eagle’s Nest” in the alps. Easy Company did just that on May 5, and even uncovered Hitler’s stolen wine collection. Winters gave Nixon first choice of the discovery.

The Postwar Life Of Lewis Nixon 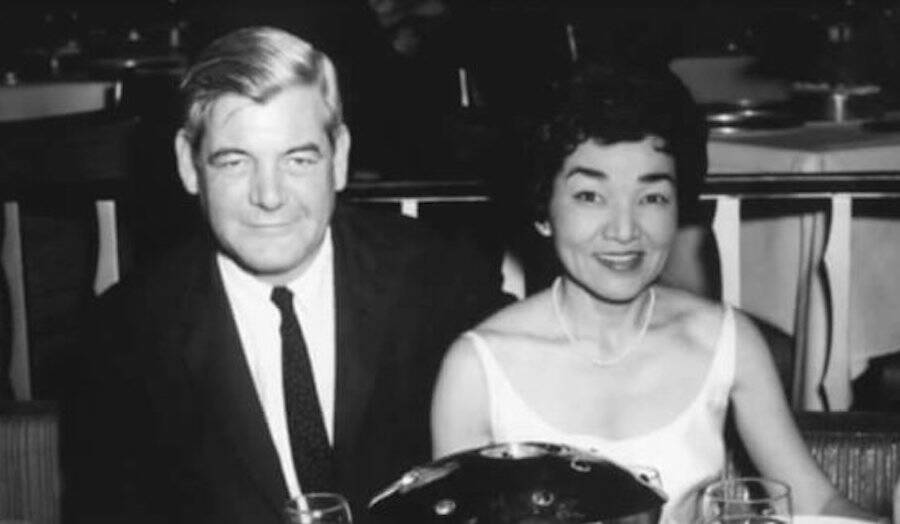 While the war ended with Germany’s surrender on May 7, Nixon’s battles continued. He was still struggling with alcoholism and remarried after returning to America only to suffer a second divorce. He found purpose in working for his family’s Nixon Nitration Works in New Jersey, however, and married his soulmate, Grace Umezawa, in 1956.

“Until Lewis met and married Grace, he had never found or experienced true love,” wrote Winters. “It was only after his marriage to Grace that he found true happiness, peace within himself.”

Grace and Lewis Nixon spent the rest of their lives traveling around the world. There was one bond perhaps stronger than any other, however, a bond forged in the face of death. Nixon and Winters never lost touch with one another, and when Nixon died on January 11, 1995, at 76 years of age, it was Winters who delivered the eulogy.

After learning about Lewis Nixon, read about how Olympian runner Louis Zamperini became a World War 2 hero. Then, learn about Judy the Dog — the only animal to become a POW in World War 2.