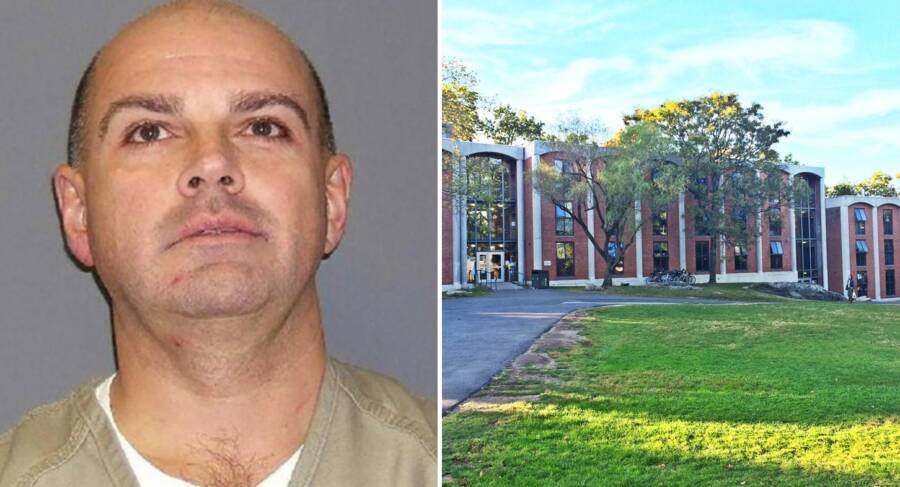 Handout/Wikimedia CommonsSixty-year-old Lawrence Ray has been charged with multiple crimes against his daughter’s friends.

A former FBI informant who reportedly moved into his daughter’s dorm and subjected her classmates to horrific abuse has been charged with multiple offenses. His alleged crimes include: sexual exploitation, forced labor, physical abuse, and extortion.

As The New York Times reported, 60-year-old Lawrence “Larry” Ray was just charged this week. But police said this string of hideous crimes began nearly a decade ago — on the campus of Sarah Lawrence College in New York.

The arrest was made following an investigation into Ray’s alleged abuses against his victims, who he apparently manipulated through physical and psychological torture. 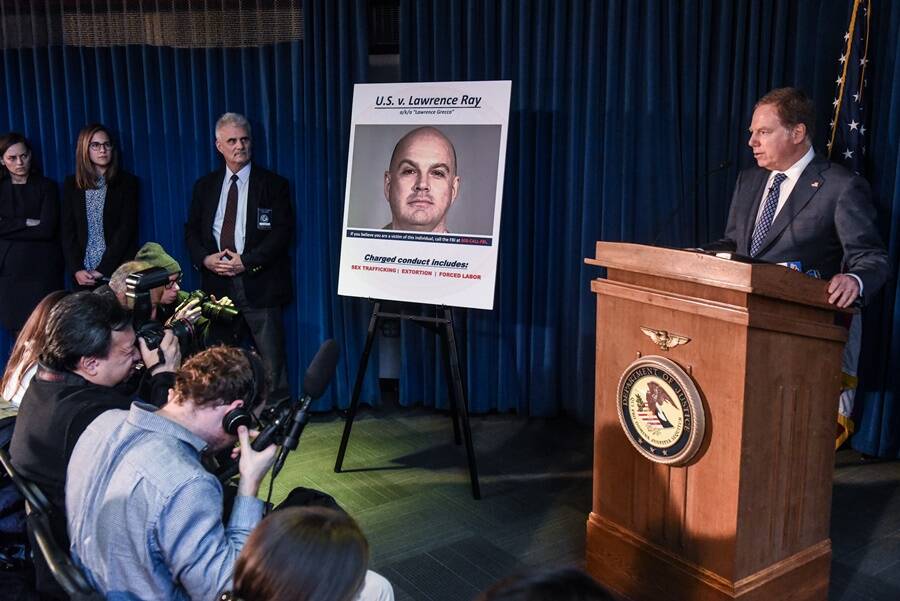 Ray’s cult-like control over these young college students first began in 2010, shortly after he was released from prison on charges stemming from a custody dispute. He had a bizarre and seedy past, developing close ties with criminals and mobsters while also rubbing shoulders with cops.

Among his closest allies in law enforcement was former New York police commissioner Bernard B. Kerik. The two had a falling out in 2000, after Ray was charged in a racketeering case.

“Larry Ray is a psychotic con man who has victimized every friend he’s ever had,” Kerik said in the 2019 New York Magazine interview that actually prompted the latest investigation. “It’s been close to 20 years since I last heard from him, yet his reign of terror continues.”

Ray had a close bond with his daughter, Talia, who believed her father’s prior jail sentence was a result of government corruption. So, when the newly-released Ray had nowhere to go, she let him stay with her in her dorm.

He shared quarters with Talia and her roommates at Slonim Woods 9, a two-story brick dorm in the middle of the campus.

But after moving into the dorm, Ray soon took advantage of his daughter’s impressionable friends. He began organizing “therapy sessions” with her roommates to offer guidance on their problems.

The friendly sessions quickly morphed into something sinister — Ray apparently coerced and threatened Talia’s friends to perform acts against their will through verbal and physical abuse.

According to the indictment, a year after his move into the Sarah Lawrence dormitory, Ray moved some of the students to a one-bedroom apartment on the Upper East Side of Manhattan and alienated them from their families.

Ray allegedly forced the students to confess to crimes they hadn’t committed using means like sleep deprivation and sexual humiliation. When they confessed, he leveraged that to extort money from them.

“Some victims drained hundreds of thousands of dollars from their parents’ savings accounts at Ray’s direction,” prosecutor Geoffrey S. Berman said during a press conference regarding Ray’s indictment.

Wikimedia CommonsRay’s abuses against the college students allegedly began in the dorms of Sarah Lawrence.

In 2013, Ray brought some of the students to his family’s property in North Carolina and forced them to do manual labor, which he claimed was to pay him back money that they owed him.

Ray also allegedly forced at least one victim into prostitution from 2014 to 2018 for hundreds of thousands of dollars. In one instance, he nearly suffocated the same woman to death.

For eight years, the indictment read, Ray “subjected the victims to sexual and psychological manipulation and physical abuse.”

According to the report, most of the students eventually escaped Ray’s clutches. One victim — the one who Ray had allegedly forced into sex work — fled after her former employer learned of Ray’s abuse and booked her a ticket out of the city. She left without packing.

As for Ray’s daughter Talia, she moved away to live with her step-granddad in North Carolina. But according to her father’s account in 2019, the two still talk to each other every day. It’s unclear if they’re communicating now.

In response to the news, Sarah Lawrence College released the following statement: “Sarah Lawrence College has just learned of the indictment of a former parent in the Southern District of New York. The charges contained in the indictment are serious, wide-ranging, disturbing and upsetting. As always, the safety and well-being of our students and alumni is a priority for the College.”

After this shocking case, perhaps the college will do a better job to ensure the safety of its students.

Next, read the horrifying story of Elisabeth Fritzl — who spent 24 years in her father’s prison. Then take a look at history’s most depraved cult leaders.