A new study probed whether or not male northern map turtles have a preference of larger or smaller female mates. As it turns out, size does matter. 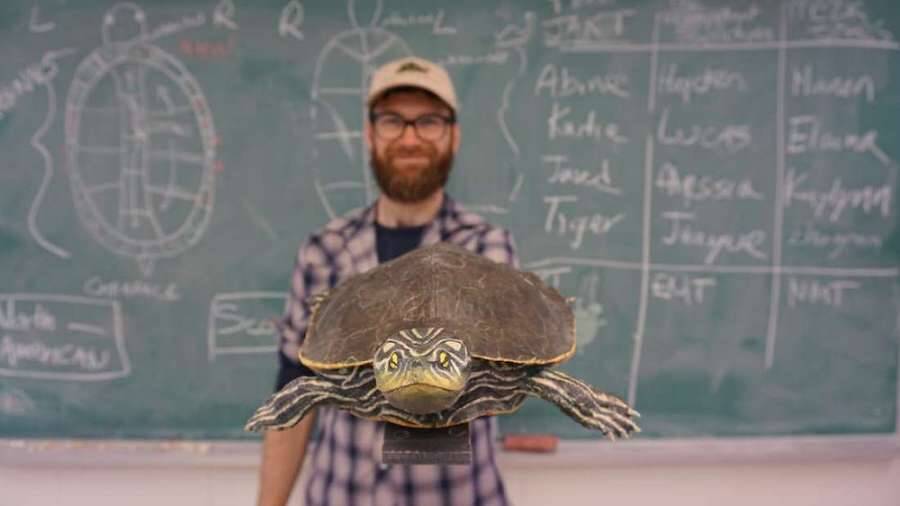 S. Dobson/Grégory BultéGrégory Bulté holds up one of the 3D-printed animal decoys his team used to study the animal’s mating behavior.

Carleton University ecologists are worried about Canada’s northern map turtles. Though not endangered, they are classified as a “special concern” in Ontario. In order to protect the species, the experts are using 3D-printed turtle “sex dolls” to study the animal’s mating preferences.

Ecology and Evolutionary Biology instructor Grégory Bulté detailed this peculiar study at The Conversation. The self-described “turtle voyeur” explained that we know fairly little about northern map turtles (Graptemys geographica). He wanted to know more, but he needed to be stealthy.

Since these hard-shelled critters are notoriously difficult to monitor, Bulté and his team had no choice but to use anatomically accurate “animal decoys” as well as hidden cameras. According to IFL Science, these turtles are known to dive into water as soon as they feel even slightly threatened.

They also mate underwater, which naturally makes monitoring their mating habits quite a challenge. What scientists found at the end of their research, however, was fairly definitive — northern map turtle males prefer to mate with larger females rather than the smaller ones. 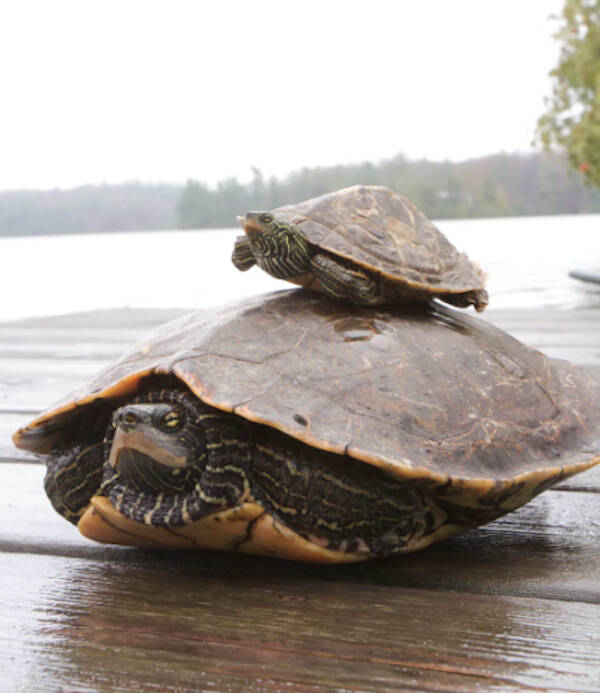 The team’s April 2018 study focused specifically on whether or not the males had a size preference at all. This species is a prime example of sexual dimorphism, with females being generally bigger than males.

Published in the Animal Behaviour journal, the research concluded that the males typically preferred a bit more meat on their mates. To find out, of course, Bulté and his colleagues had to fool them into approaching their turtle sex dolls to monitor which shapes and sizes were most popular.

Bulté said he was struck with this idea while snorkeling in Lake Opinicon.

“I would often see males courting females or following them around,” said Bulté. “Being interested in understanding their mating behavior, I just wondered if we could fool the males with realistic female models.”

“I first tried with a Go-Pro I borrowed from a friend and an old map turtle carapece [shell] someone gave me. It worked. Males came to check it out so we started looking into making decoys using our 3D printer.”

The team used the scan of a dry turtle specimen to 3D-print several decoys. The rather realistic female models came in two sizes — 8.3 inches and 9.8 inches. Fitted with Go-Pro cameras, both were placed in the water during mating season and wished the best of luck.

Footage from the study, recorded by Grégory Bulté.

As the footage above shows, the males were far more interested in the larger ladies. Since larger turtle mates generally lay larger eggs and bigger hatchlings increase the chance of survival, experts did expect that outcome.

Nonetheless, the data did hold a few surprises.

“As we were sifting through videos from our experiments, we witnessed a number of phenomena we did not know were possible, including a female map turtle seemingly squeaking at a female decoy and a loon attacking a male decoy,” Bulté said.

“These may just be anecdotes for now, but perhaps there is more to them.”

Studying animal behavior has always been comprised of monitoring a species over an extended period of time. Though factors can differ widely, the scientific process is rather universal. What’s interesting here is that modern technology is allowing for a whole new playing field.

Bulté added, “The ubiquity and affordability of action cameras will surely yield many insightful observations about aquatic animals including turtles. Some may influence how we think about animal behavior, others may just be intriguing tidbits of a world largely unexplored.”