Interestingly, a countries' steps averages were not direct indicators of its obesity rate. 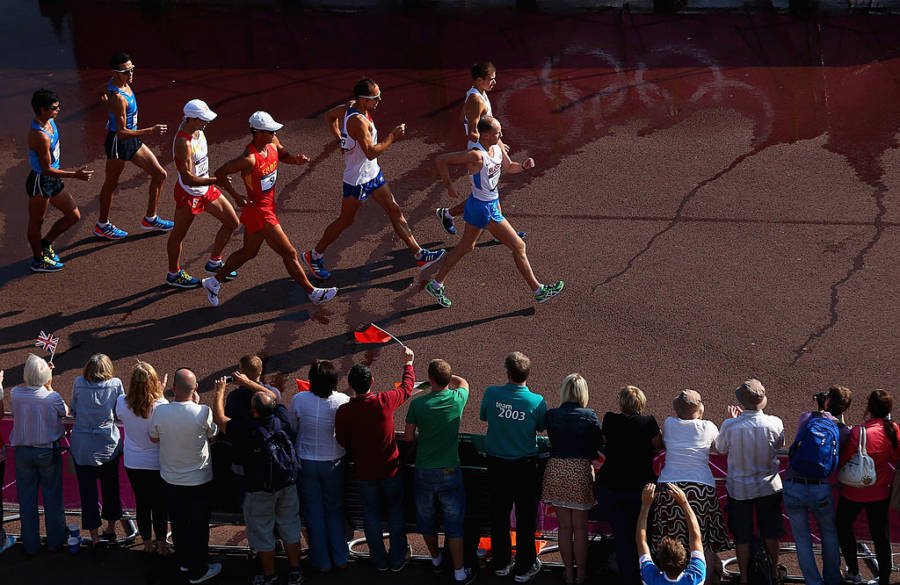 Scientists from Stanford University have ranked the world’s countries by laziness in a study 1,000 times larger than any previous look at human movement.

Using 68 million days’ worth of smartphone data from 717,527 people in 111 countries, they determined that the world average of daily steps is a meager 4,961.

Most Americans fall below that average, at 4,774 steps per day.

Not a single country reached the common 10,000-step goal.

Hong Kong got the closest, with 6,880 daily steps. And Indonesia was apparently the least active, only getting to an average of 3,513.

Interestingly, the step numbers themselves were not direct indicators of a country’s obesity rate.

Rather, something researchers have deemed “activity inequality” was more likely to predict how many overweight people live in a region.

By this, they mean the gap between the people who walk the most and who walk the least in a particular country.

“For instance, Sweden had one of the smallest gaps between activity rich and activity poor,” researcher Tim Althoff told the BBC. “It also had one of the lowest rates of obesity.”

The U.S. and Mexico had a similar amount of average steps, but the U.S. had a much greater activity inequality and a greater obesity rate.

In fact, only three other countries in the study had worse activity inequality than the U.S. –likely due to America’s vast income inequality problem as well as the major cultural differences among cities. For example, cities like New York are structured much differently than cities like Houston, where people drive most places.

This activity gap — much like income gaps — disproportionately affects women.

“When activity inequality is greatest, women’s activity is reduced much more dramatically than men’s activity,” Jure Leskovec, another member of the team, said. “And thus the negative connections to obesity can affect women more greatly.” 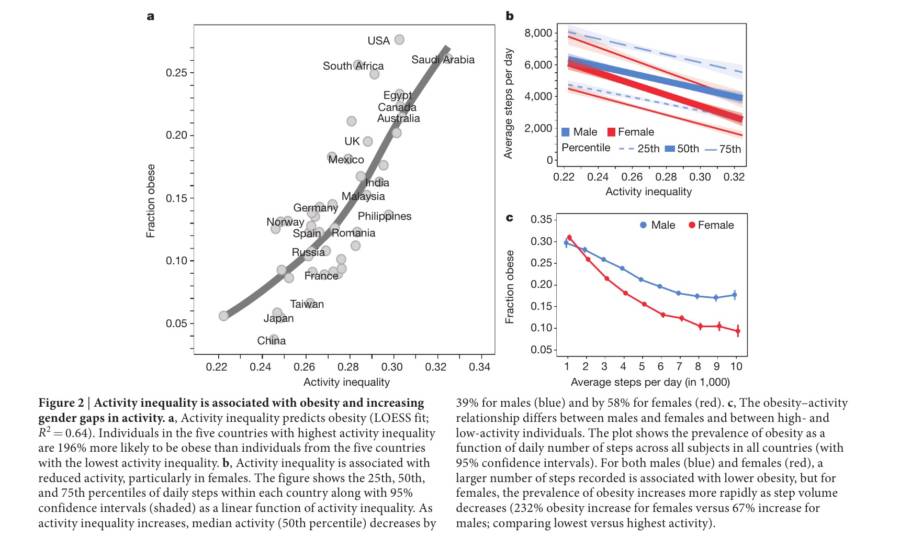 The top five most active nations were Hong Kong, China, Ukraine, Japan and Russia, according to USA Today.

The worst were the Philippines, Malaysia, Saudi Arabia and Indonesia.

The study only looked at high and middle-income countries — likely because that’s where more people have smartphones — but it would be interesting to see how the results differed in low-income nations.

Interestingly, the inequality gap affected children within a nation but did not extend to international comparisons.

Of course, all of these walking comparisons play out differently on the Olympic race track — where speed walking is undeniably the most entertaining sport of the entire event.

Next, check out these 33 maps that explain the world’s drug problem. Then, take a look at this map showing which nations’ tragedies we care about and which we don’t.