We take our calendar for granted. We generally act as if it’s fixed, infallible, one with the Sun — a true guide to what time it is. Then, every four years, February 29 comes around to remind us that not only is the calendar simply a fallible human invention, but a pretty clumsy, ultimately inaccurate one at that.

From the ten days that vanished from October 1582 to the fact that leap year doesn’t actually happen every four years, this look at the origins of leap year proves time isn’t what we think it is. 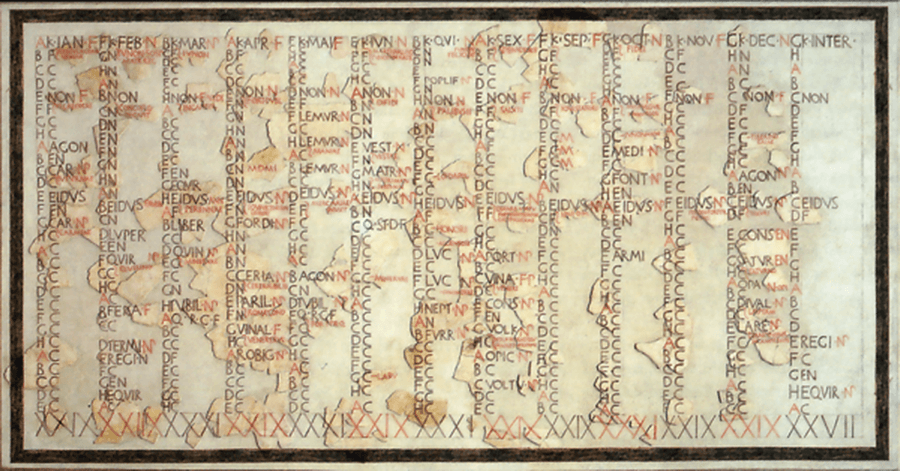 The Fasti Antiates maiores, the oldest and only known pre-Julian calendar ever unearthed. Estimated to have been created between 67 and 55 B.C., it wasn’t discovered until 1915, in Anzio, Italy. Image Source: The University Of Chicago

The leap year was created in ancient Rome, 46 B.C., when Julius Caesar decided that the length of the calendar year had to be both standardized and kept in line with the actual solar year. Before Caesar established the Julian Calendar, the Roman year was 355 days plus an extra 27 or 28-day month every other year, for an average year of 366.25 days.

Because Greek astronomer Hipparchus had long before pegged the solar year at about 365.25 days, Julius Caesar knew that the pre-Julian calendar was faulty in that it was too long. So, he brought together the great minds of the time, namely Sosigenes of Alexandria, to resolve the calendar issue. They decided to add ten days to their 355-day calendar and one additional day (leap day) to February every four years.

Before they could put the Julian Calendar into effect, they had to make up for the years of mistakes accrued under the old, overlong calendar. So, to set things right, and place January 1 of 45 B.C. at the appropriate point in the solar year, 46 B.C. was made to be 445 days long. Then, following this “last year of confusion,” things proceeded under the Julian Calendar from 45 B.C. on.

However, the makers of the Julian Calendar knew that the solar year was actually a few minutes shorter than 365.25 days, but they glossed over this issue for the sake of simplicity. This meant that the Julian year gained three artificial days every four centuries. Eventually, this error caught up with us… 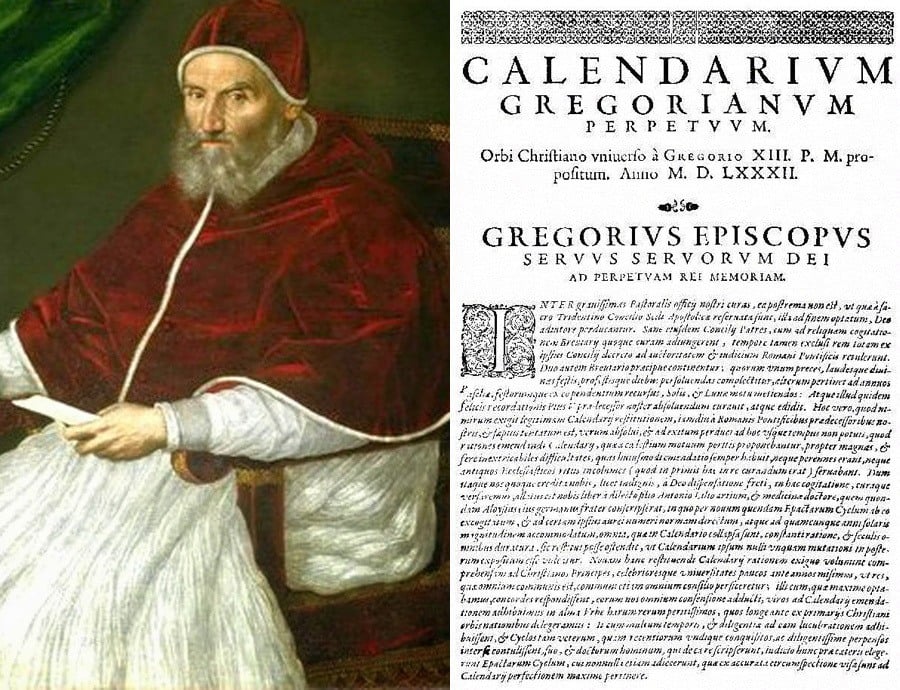 In 1582, Pope Gregory XIII removed those three artificial Julian days and corrected this problem by instituting the Gregorian Calendar. This is the calendar that coined the term “leap year”, moved leap day to February 29, and is still used by most of the world to this day.

While that Gregorian recalculation brought us closer to the actual length of the solar year, it had another motivation: It sought to bring Easter back to the date it had occupied when the celebration was first introduced. Because of the inaccuracy of the Julian calendar, Easter had gotten away from its intended date. 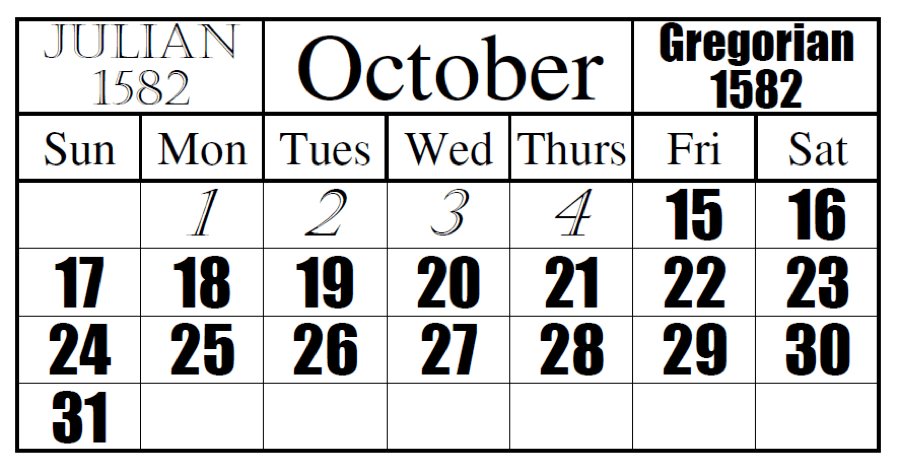 While Spain, France, and others adopted this Gregorian change immediately, others did not. The British Empire (including the colonies soon to become America) didn’t adopt until 1752, and Russia not until 1918. However, despite the endorsement of most of the world, even the Gregorian year still isn’t 100% faithful to the true solar year… 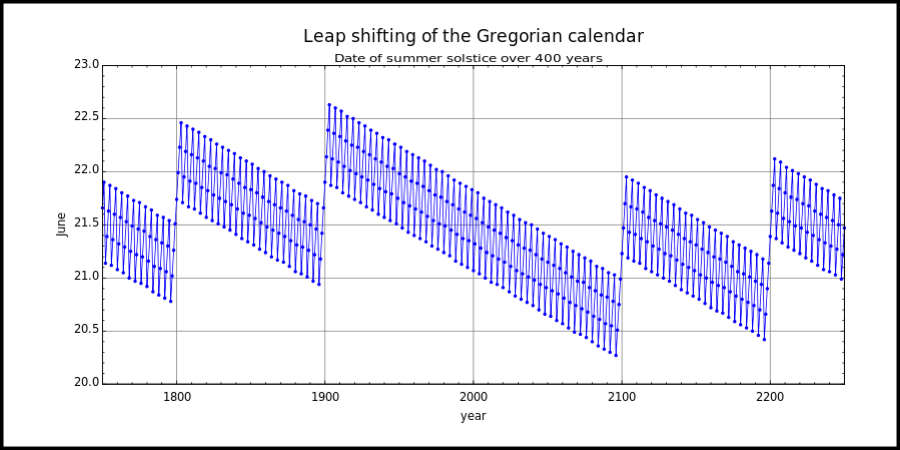 The actual solar year is 26 seconds shorter than the Gregorian year. Thus, under the Gregorian Calendar, we’ll gain one artificial day every 3,226 years.

Many proposals, including one by English mathematician John Herschel, have been made to correct for this, but none have been adopted. However, even those proposals can hardly account for the Earth’s slowing orbit, which makes each day slightly longer as time goes on. 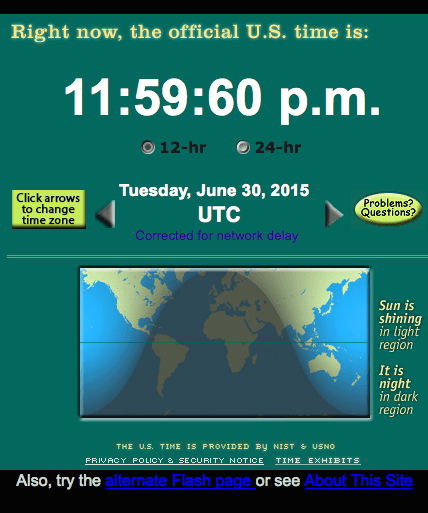 A screenshot of the official U.S. government clock’s website at the moment of the June 30, 2015 leap second. Image Source: Twitter

To account for this, we’ve inserted 26 leap seconds into our calendar at various times since 1972. The last one was on June 30, 2015, and the next one has yet to be announced.