What Is Legionnaires’ Disease?

Legionnaire's Disease seems to be making a comeback in New York City. But what exactly is it? 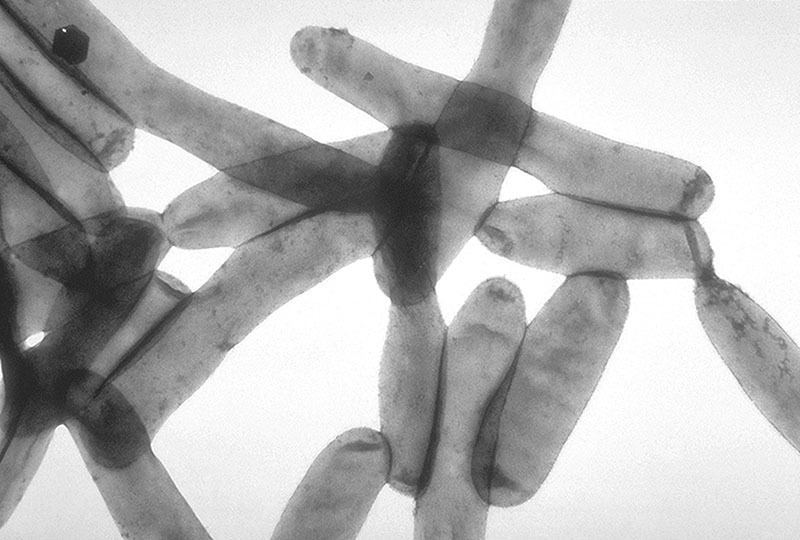 Almost 40 years to the day that a mysterious illness broke out at an American Legion conference in Philadelphia — and changed the CDC forever — the culprit appears to be making a comeback in New York City. Legionnaires’ Disease seems to have returned, but just what exactly is it?

In 1976, Philadelphia was the place to be if you wanted to think long and hard about America’s history and be aggressively patriotic. The year marked the nation’s bicentennial, and states held parades, celebrations and some of the most intense Independence Day barbecues that the US had ever seen.

July 4th, 1976 was a day for extreme patriotism. A few weeks later, Philly was still abuzz with red, white and blue — and the American Legion (an association of over two million veterans) held its annual conference at the Bellevue-Stratford Hotel, where 2,000 ‘legionnaires’ (as they’re called) celebrated the 200th anniversary of the Declaration of Independence. 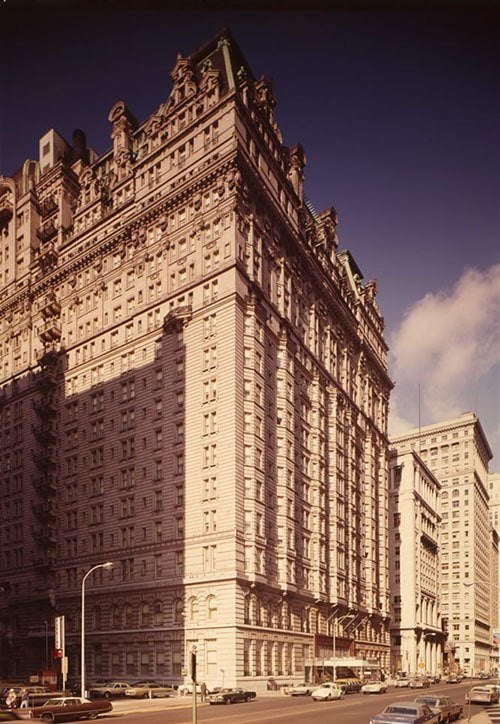 Ray Brennan was the Legion’s bookkeeper and an Air Force vet. At 61, the whirlwind of the three-day convention had worn him out and when he returned home on the evening of the 24th, he noted to his family that he was feeling run down. So, when he died on the 27th of an apparent heart attack, his earlier noted fatigue was seen as merely prodromal to whatever major cardiac event had been brewing.

As his family mourned, another legionnaire, Frank Aveni, also died of a supposed heart attack. By the first of August, six more legionnaires who had attended the convention in Philly were dead of apparent cardiac events.

Dr. Ernest Campbell, a physician in Bloomberg, PA, treated a few of the first legionnaires to die. He quickly realized that they had all recently attended the conference, and he immediately notified the Department of Public Health.

Within the first week after the conference, 130 of the attendees ended up in the hospital; and 25 were dead.

Attendees of the 1976 convention. Within months, two of the men pictured were dead. Source: New York Times

As summer turned to fall, the epidemiologists charged with figuring out what was making the legionnaires sick were themselves the victims of a different kind of outbreak: mass hysteria. The public, once they got wind of the cluster of legionnaire deaths, almost immediately presumed it to be swine flu.

The nation had reason to assume this: in February of that year, there had already been an outbreak at Fort Dix. Immunizations for the public showed up within the first month after the outbreak, but when three elderly patients died after receiving it, the public grew suspicious — even though there was absolutely no proof that the vaccines had lead to the patient’s deaths. 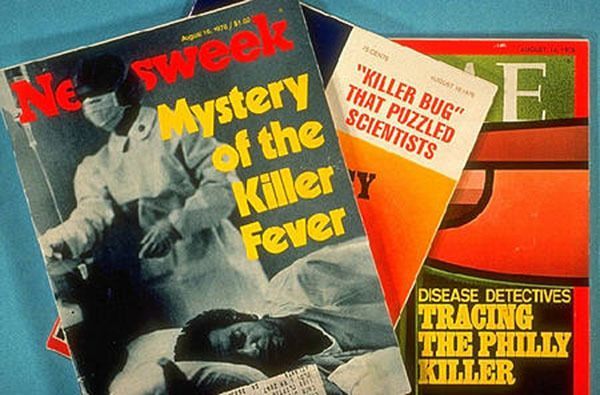 The mass panic had shifted from the flu itself to the efficacy of the vaccinations — and so, in the autumn of 1976, when the legionnaires became sick and many died, the largely unvaccinated public began to wonder if the outbreak had merely laid dormant throughout the summer and was now returning with a vengeance.

The investigation wore on for months, well into the winter of 1976 and early 1977. The CDC laboratory scientists and field epidemiologists were at a major disadvantage when it came to real-time communication: they simply didn’t have the technology.

Today, ongoing outbreak investigations have the luxury of being aided by the internet, cell-phones and video-conferencing. Field scientists are never out of communication with the lab, and they can adjust their interviews and research with patients according to what is being discovered by those looking at samples under a microscope. In 1976, however, this wasn’t yet the case, so the long slog of the investigation continued into the following year.

The scientists had, almost a year earlier, investigated an outbreak of a respiratory virus in Pontiac, Michigan, which they found was similar to the illness reported by the legionnaires and their families. While Pontiac Fever had been, at worst, a mild and self-limiting respiratory virus, whatever was killing the legionnaires was far more insidious: the men suffered severe respiratory symptoms, almost immediately developed pneumonia and had fevers that ran as high as 107 degrees Fahrenheit (41.6 degrees Celsius).

With little else to go on, and more deaths being reported, the public and the media grew increasingly unnerved by “Legionnaires’ Disease” and began prepping for an epidemic. Michael Crichton’s The Andromeda Strain had hit theaters at the beginning of the decade and so, perhaps, the American public was a little heightened to the possibility. Maybe it seemed a little bit too dramatic that, just weeks after the Bicentennial, dozens of America’s veterans had suddenly dropped dead from some mysterious illness that they had contracted while celebrating in the birthplace of the nation.

The public worried about living through their own Andromeda Strain. Source: Giphy

Even without the heat from the public, the CDC had enough reason to be concerned that perhaps they could have their own Andromeda Strain on their hands. They were having a hard time assessing the health and wellbeing of the other convention attendees and their families, and they began to fear that the infectious agent had spread out of the hotel (which had closed down) and into the streets of Philadelphia. The CDC responded by launching the largest infectious disease investigation in the agency’s history.

The investigation held the media’s attention for months and between the public’s fear-mongering and the work of several fearless journalists, the media probed the federal government to be accountable for the truth — was the public in danger? What had killed the veterans, and what were they doing to try to solve the mystery?