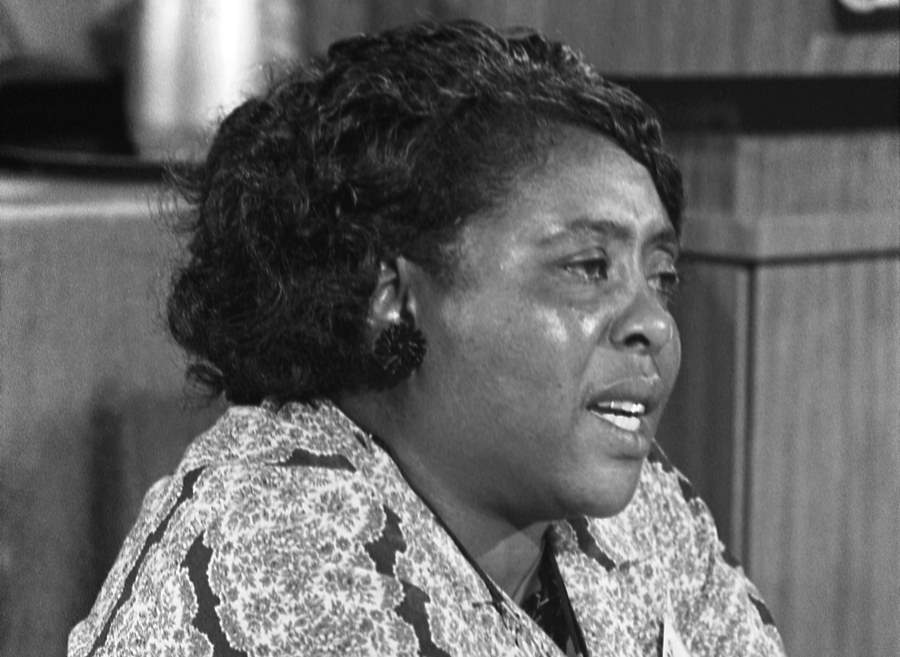 Although her name doesn’t appear alongside figures like Rosa Parks and Martin Luther King, Jr., Fannie Lou Hamer’s efforts in the civil rights movement are surely worthy of widespread recognition.

Born in 1917 in Montgomery County, Mississippi, Hamer’s early life would shape much of her future endeavors in social justice. The youngest of 20 children, Hamer dropped out of school at age 12 to pick cotton and support her family — a decision which would give her the kind of education a classroom simply can’t provide.

Hamer found her true purpose, however, in 1961, when a non-consensual hysterectomy left Hamer infertile. At the time, the forced sterilization of African-American women against their will — usually when they were in the hospital for minor, unrelated surgeries — was common.

After experiencing the event herself, Hamer worked to draw public attention to the practice, which she called the “Mississippi appendectomy.”

This trauma — along with other harrowing experiences she endured as a black woman in the South of the 1960s — prompted Hamer to attend meetings with local political activists. Throughout the course of these meetings, Hamer and her husband met prominent civil rights activists, and Hamer realized that she wanted to spend her life working alongside them.

As an activist, Hamer first set her sights on the issue of voting rights. At the time, individual states — particularly those in the South — passed voting registration requirements (such as literacy tests, property ownership requirements and payment of poll taxes) that had the effect of preventing African-Americans from registering to vote, thus rendering them second-class citizens.

Alongside 17 other African-Americans, Hamer traveled to Indianola, Mississippi to register to vote — a move which would cost Hamer her job at the plantation on which she worked. That experience, while devastating, only furthered her resolve.

As Hamer later said of that event, “I guess if I’d had any sense, I’d have been a little scared — but what was the point of being scared? The only thing they could do was kill me, and it kinda seemed like they’d been trying to do that a little bit at a time since I could remember.”

Undeterred, Hamer went on to organize demonstrations in order to grant full voting rights to African-Americans, an act which would see Hamer arrested, beaten, harassed, and even shot. In fact, Hamer once suffered a beating so severe that it inflicted permanent damage upon her kidneys.

Despite the consistent and sometimes potentially fatal adversity Hamer faced, she did not succumb to the status quo, and instead helped found the Mississippi Freedom Democratic Party (MFDP), which formally challenged it.

At the time, the Mississippi Democratic Party’s platform dictated that only whites could participate in the party, despite the fact that blacks made up nearly half of the state’s population. The non-exclusionary MFDP ran alongside the Democratic Party, and soon had over 80,000 members — black and white.

In 1964, the MFDP sent a handful of delegates to that year’s Democratic convention, demanding that it be treated as the only democratically-constituted delegation from Mississippi. A convention compromise offered the MFDP two seats, which the party refused.

“We didn’t come all this way for no two seats, ’cause all of us is tired,” Hamer said.

After the convention, Hamer delivered an impassioned speech about voting rights — one which, despite President Lyndon Johnson’s attempts to keep her from speaking (and to keep others from viewing Hamer’s speech on TV) would lead to a flurry of calls for equal voting rights for all.

The next year — due in no small part to Hamer’s efforts — Johnson convinced Congress to pass the Voting Rights Act, which prevented states like Mississippi from passing or imposing discriminatory voting registration requirements.

Despite being diagnosed with breast cancer, Hamer continued her fight for equal rights up until her death in 1977 at the age of 59.