The 87-year-old patient had electrodes placed on his head to detect seizures after he suffered a fall. When he died during treatment, doctors recorded unprecedented activity. 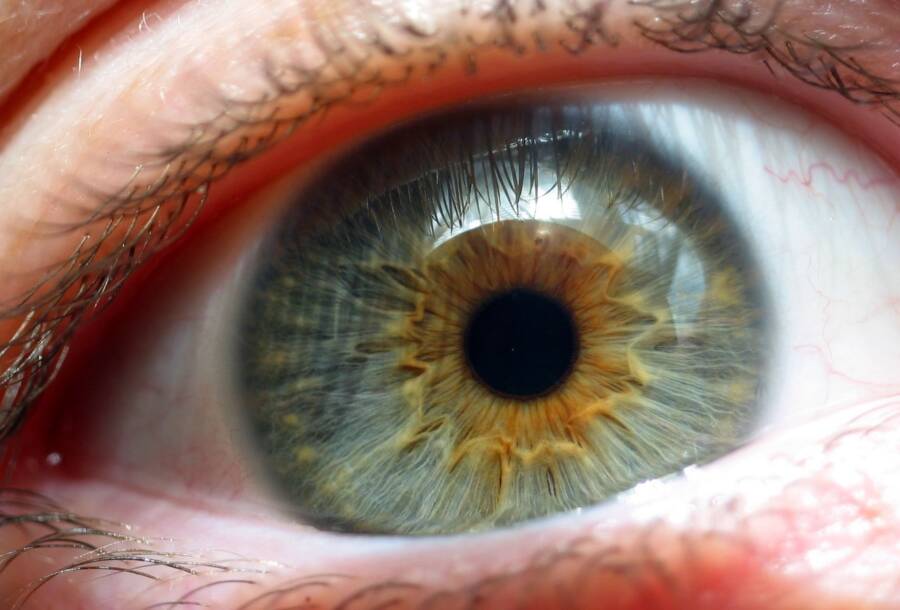 Wikimedia CommonsScientists managed to observe the neural activity of a dying man for 900 uninterrupted seconds.

Civilizations throughout time have pondered what really happens during death. Now, for the first time, scientists have recorded a dying brain, and they have made a shocking discovery: Our life may truly flash before our eyes when we die.

A new study saw scientists from across the globe delve into the final moments of an 87-year-old man’s life. As published in the Frontiers in Aging Neuroscience journal, the patient died of a heart attack while being treated for epileptic seizures, and his doctors at Vancouver General Hospital in British Columbia recorded his brain in the process.

Researchers specifically studied the 30-second intervals before and after the patient’s heart stopped. What they discovered was that his life might have literally flashed before his eyes, as his brain produced neural oscillations that typically occur when one is dreaming or exploring old memories.

“Through generating oscillations involved in memory retrieval, the brain may be playing a last recall of important life events just before we die, similar to the ones reported in near-death experiences,” said Dr. Ajmal Zemmar of the University of Louisville. 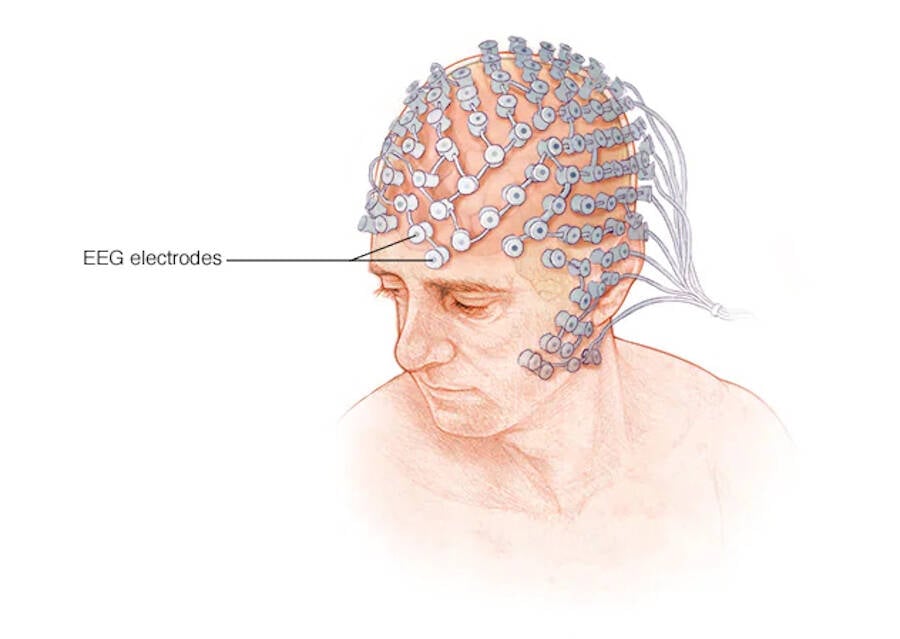 Mayo ClinicDoctors were using electroencephalography (EEG) to treat the man’s seizures when he died.

While rudimentary recordings of dying brains have been captured before, they concerned patients being taken off life support and weren’t very thorough. In this case, doctors had unwittingly prepared the tools required to capture a comprehensive view of neural activity upon death.

It all started when the patient in question suffered a fall and then developed a brain bleed. After he checked into the hospital, doctors discovered that he was having seizures, and they connected him to an electroencephalography (EEG) machine. He tragically died during treatment, and his family had issued a do-not-resuscitate order in case of his passing.

Fortunately for scientists, the family also gave doctors consent to publish data on the electrical activity of his brain. According to Zemmar, the 15 uninterrupted minutes of data allowed researchers to focus on the transitionary period between life and death. 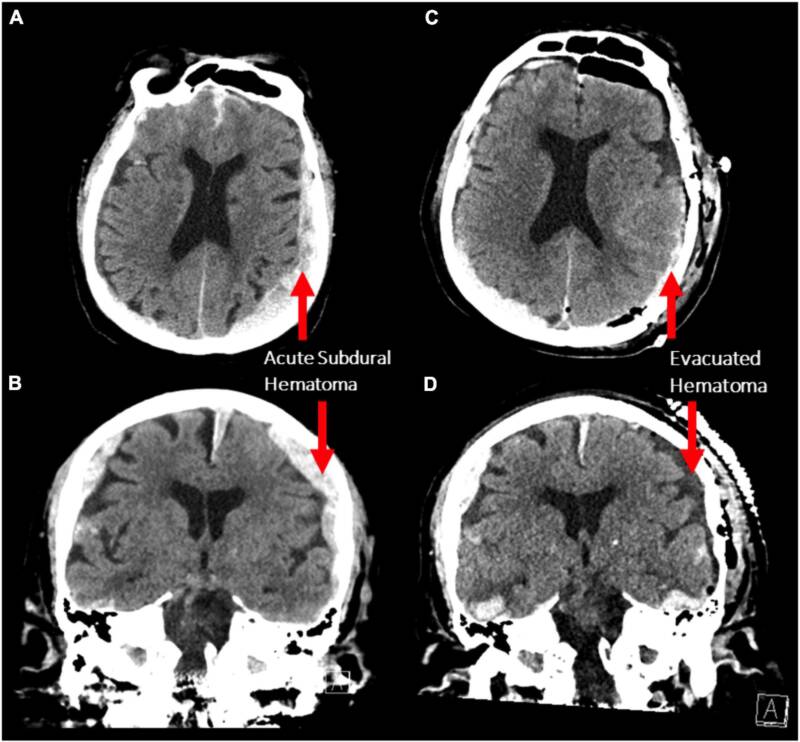 Frontiers in Aging NeuroscienceCT scans of the patient’s subdural hematoma before (A and B) and after surgery (C and D).

“Just before and after the heart stopped working, we saw changes in a specific band of neural oscillations, so-called gamma oscillations,” said Zemmar.

Commonly known as brain waves, neural oscillations essentially define the electrical activity of our brains. The oscillations occur at different frequencies and have generally been categorized into different states of consciousness.

In this case, the patient’s cardiac arrest showed drastic changes in the patient’s alpha and gamma waves. This interaction has long been known to correlate with memory recall, dreaming, meditation, the processing of information, and conscious perception — in other words, flashbacks.

“Given that cross-coupling between alpha and gamma activity is involved in cognitive processes and memory recall in healthy subjects, it is intriguing to speculate that such activity could support a last ‘recall of life’ that may take place in the near death state,” the study said. 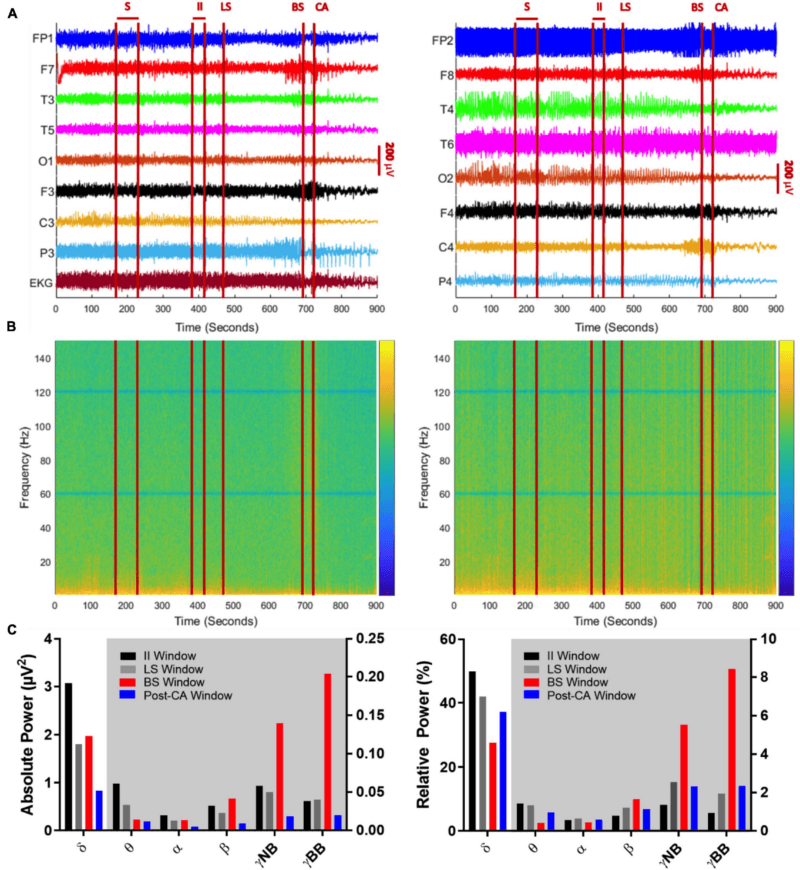 It’s important to note that this study is the first of its kind, as the live brain activity of a dying human being has never been measured like this before. On the other hand, these oscillations have been previously monitored in rats, which suggests the brain might launch the same biological response to death in multiple species.

The study does provide certain considerations, however, such as the patient’s brain being traumatized by bleeding, swelling, and seizures while this activity was recorded. The man had also been administered substantial doses of anti-seizure medication, and there was no baseline for his normal brain activity.

Ultimately, however, the research does suggest that near-death experiences provide us with a proverbial slideshow of our lives and that our brains execute that particular neural response on purpose. For Zemmar, the findings have forced us to redefine when life truly begins and ends — and not to grieve too deeply:

“Something we may learn from this research is: although our loved ones have their eyes closed and are ready to leave us to rest, their brains may be replaying some of the nicest moments they experienced in their lives.”

After reading about the study suggesting life flashes before our eyes during death, learn about scientists restoring brain activity in dead pigs. Then, read about the epileptic man whose surgery removed his sense of fear.