Maybe Lily Dale, New York is just like any other town. But its reputation as "the most psychic town in America" certainly suggests otherwise. 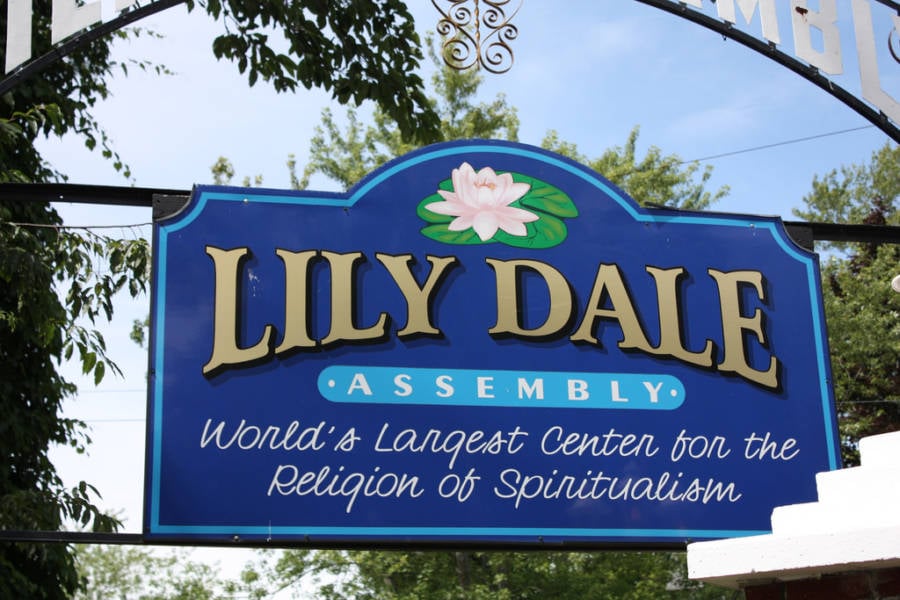 In one small, southwestern New York town, the streets haven’t been widened since the days of the horse and buggy. Victorian cottages dot tree-lined neighborhoods. Playfully referred to as “the town where no one dies,” Lily Dale is more than just the setting of a Supernatural episode. It’s a hub for spiritualism — and has been for 138 years.

These days, a good portion of the town’s 500 or so residents claim that spirits do not just “live” among them; residents say that they can feel their presence, too.

Indeed, with the aid of the town’s three dozen or so registered mediums, Lily Dale residents and visitors claim to be able to contact the deceased. People of all ages and from around the world — about 22,000 visitors every summer — flock to this spiritual haven to find answers, peace, or healing.

What’s behind it all? These days, Lily Dale stands as one of the last outposts of Spiritualism.

The religion takes some cues from Christianity — like a belief in God, which adherents refer to as “infinite intelligence” — but adds the credo that spirits are able and willing to communicate with the living. Spiritualists look to mediums — those who can bring the living and the spirit world together — to do get these conversations started.

As Spiritualists believe that nature plays an important part in facilitating this engagement, it shouldn’t come as a surprise that most of Lily Dale’s religious activities revolve around the outdoors.

With its numerous shops to buy crystals and herbs, some may think that Lily Dale is simply capitalizing on a new-age craze. But whether you believe in it or not, Lily Dale has been preaching its doctrine for centuries.

The community has its roots in the late 19th century, when in 1879 Spiritualists founded the Lily Dale Spiritualist Assembly in order to gather for picnics and meetings. Later, land owners and Spiritualists Willard and Corintha Alden christened their 18-acre camp with its original name, The Cassadaga Lakes Free Association. The community was renamed Lily Dale in 1906, after the lilies that bloomed around nearby Lake Cassadaga. 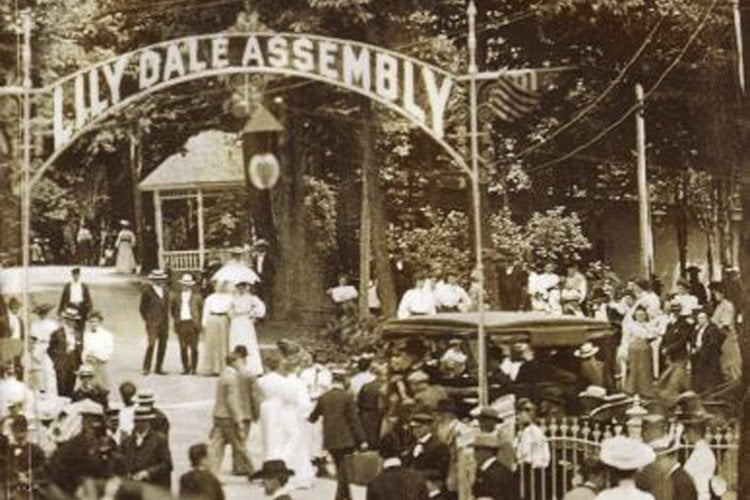 Lily Dale quickly expanded from day-long meetings into an entire summer camp season. After its establishment into a permanent settlement, in 1880 its owners had a hotel and auditorium built. Temples began to spring up, along with a bowling alley and even (briefly) a ferris wheel.

The summer camp vibe would give way to more serious activities, however, and the townspeople soon erected a Spiritualist museum and a library boasting one of the largest Spiritualism collections in the country.

For many years, though, the Fox sisters made the most interesting building on the property a cabin. In 1848, Margaret and Catherine (Kate) Fox startled their neighbors when they claimed that they could communicate with the spirit of a man who had been buried in their basement.

As the sisters told it, the “ghost” delivered the girls messages via rapping on the walls of their cabin. Interested parties came to witness the phenomena and were reportedly never disappointed – even the skeptics. 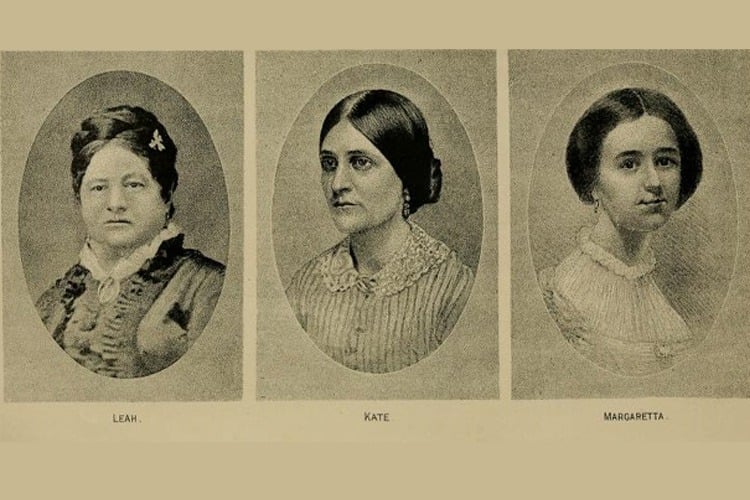 Though Margaret and Kate’s parents sent them to live with their older sister in Rochester, the sisters continued to receive requests to “summon” spirits. And they did, at least in their own way: The “rapping” of the spirits was actually Maggie cracking the joints in her toes. Trickery aside, the Fox sisters are synonymous with the history of Spiritualism – and their story is featured in Lily Dale’s Spiritualist museum.

But is Lily Dale for real?

By displaying the fraudulence of the Fox sisters within the town’s very museum walls, one wonders if Lily Dale residents take their beliefs seriously — or are simply mirroring people’s beliefs back unto them.

Writer Pamela Hutson aimed to find out. In April 2016, she made an unexpected stop in Lily Dale, a town she’d read about often. In a report titled “My Psychic Reading With a Lily Dale Medium,” Hutson, a self-described skeptic, describes her unplanned, walk-in experience with a reader named Carol Gasber.

Gasber explained to Hutson that “…we would just have a normal conversation during which she would convey any messages from Spirit that came through.” Hutson writes, “The first two messages she conveyed were from my father and my mother, both of whom really are deceased and have been for a long time. I did not tell her this or ask to hear from them.”

Hutson continued, “The messages from my folks were general and positive at first…I was a bit skeptical because I had a very troubled childhood. She said my father hoped I knew that he behaved the way he did in life because that’s how he was raised…the longer she talked about him and what he was saying to her, the more it sounded exactly like my dad.”

“She came up with the name of a guy who died when I was about…a name, a date, the method of death, and at this point she still didn’t even know my name. Come to think of it, I never did tell her my name.” Hutson concluded.

So in the end, we’ll believe what we believe. But if you’re curious about the spirits and the afterlife, Lily Dale, New York might be the best place to start your research.

For more trickery, check out the most famous hoaxes to ever fool the world. Then, see which celebrities claim to have had paranormal encounters.