The Disappearance Of Baby Lisa Irwin, The Infant Who Vanished From Her Crib While Her Mother Slept Down The Hall

Lisa Renée Irwin went missing from her home in Kansas City, Missouri on the night of October 3, 2011, just hours after her mother put her to bed. 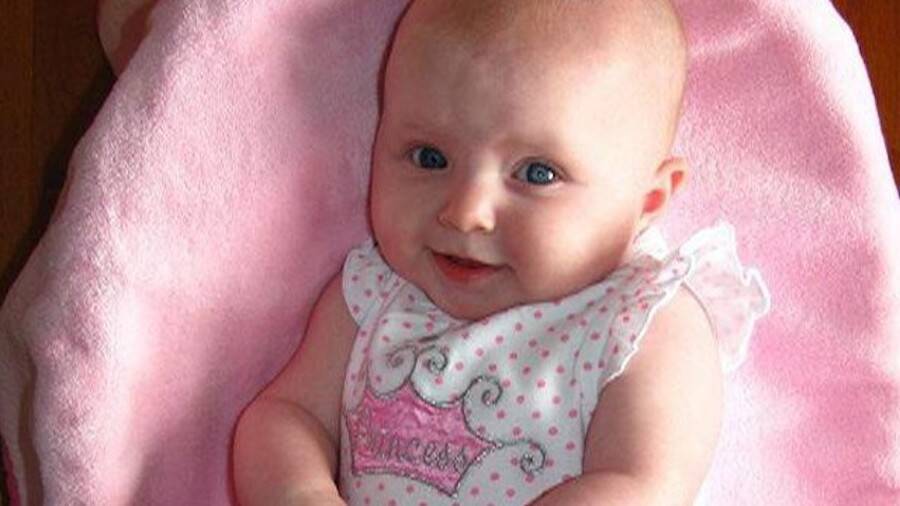 Deborah Bradley/Wikimedia CommonsWhen Lisa Irwin’s father came home from his night shift, his wife was asleep and baby Lisa was nowhere to be found.

Lisa Irwin was only 10 months old when she disappeared without a trace from her home in Kansas City, Missouri, in 2011. And despite her tragic story making national headlines as police frantically searched for “Baby Lisa,” after more than a decade, no one has been able to find her.

Although the police initially suspected her mother, Deborah Bradley, of being involved with her disappearance, they have not found evidence to charge her formally. Bradley believes that a random intruder quietly slipped baby Lisa out of her crib and absconded into the night, never to be seen again.

There are more questions than answers surrounding the disappearance of Lisa Irwin. But the main question remains: where is baby Lisa Irwin?

How Lisa Irwin Disappeared Without A Trace 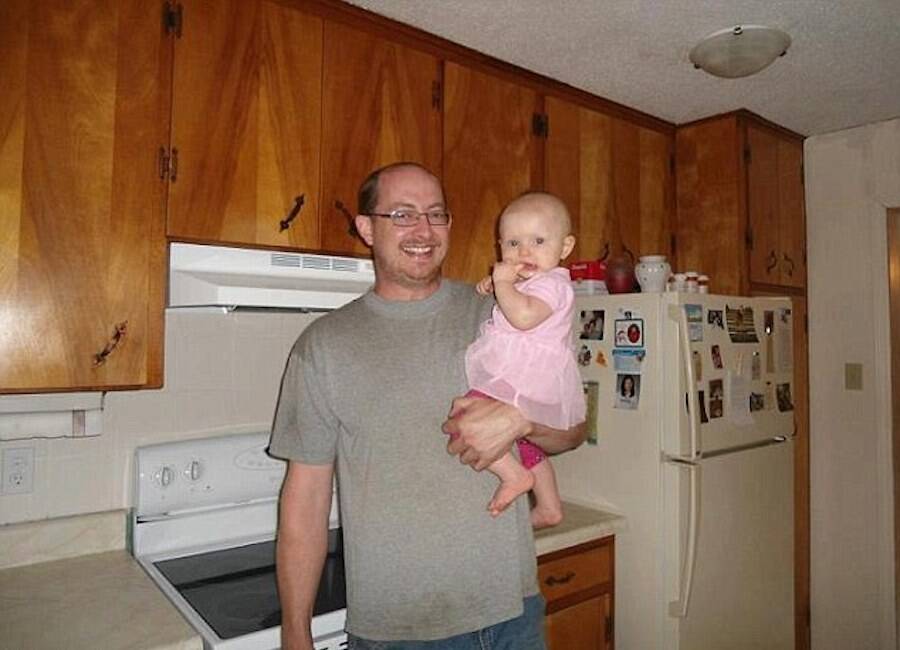 Lisa Renée Irwin was born in Kansas City, Missouri, on Nov. 11, 2010, to Jeremy Irwin and Deborah Bradley. They described her as a sweet and happy baby who loved being with her five- and eight-year-old brothers. Then one night, just weeks before her first birthday, Lisa Irwin disappeared.

According to Jeremy Irwin, he returned home from work at about 4:00 a.m. on Oct. 4, 2011, to find his door wide open and all the lights on. When detectives questioned Lisa’s mother, Deborah Bradley, she initially claimed that she checked on the baby at about 10:30 p.m. the night before.

However, Bradley later admitted that she had been drinking with a friend and couldn’t remember exactly when she last saw Lisa. The only time she could recall definitively seeing baby Lisa was around 6:30 p.m., before she started drinking. Bradley said that little Lisa was then in the crib and sound asleep.

But by the time Jeremy Irwin went to check on Lisa before joining his wife in bed, she was gone.

“We just got up and started screaming for her, looking everywhere, she wasn’t there,” Bradley said to news reporters.

Initially, investigators ran with the theory that a stranger kidnaped her. FBI investigators worked overtime to test the idea but couldn’t prove it one way or another. And it was the uncertainty surrounding her disappearance that began sparking the theories that persist to this day.

Inside The Theory That Baby Lisa Was Killed

On Oct. 19, 2011, cadaver dogs were dispatched to the house. There, the dogs came up with a “hit” — that is, the dogs picked up the scent of a dead body — in Bradley’s bedroom, near the bed. 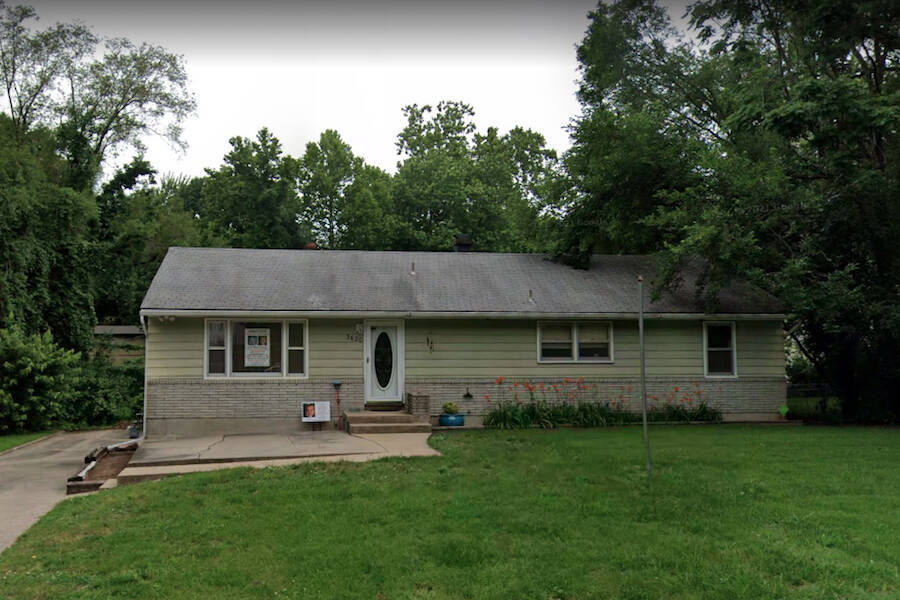 When confronted with this evidence, Bradley claimed she initially didn’t look for her daughter because she was “afraid of what she might find.”

Investigators also accused Deborah Bradley of failing a lie detector test, though she claims they never showed her the results. At one point, investigators claimed that they knew Bradley was guilty but that they didn’t have enough evidence to arrest her for the crime.

“They said I failed,” Bradley, 25, told the Associated Press. “And I continued to say that’s not possible because I don’t know where she’s at and I did not do this.”

Then, Deborah Bradley’s former friend, Shirley Pfaff, began speaking to the press. According to Pfaff, Bradley had a “dark side,” one that could be predisposed to murder under the right circumstances.

“When the story broke, it was a normal morning in my house. I got up, put on a pot of coffee and turned on Good Morning America like usual and I… heard ‘Deborah Bradley.'” Pfaff told The Huffington Post.

“I immediately thought, ‘This can’t be the Debbie I know.’ It just seemed unreal until I walked back into the living room after hearing her voice. I just about collapsed. It just made me sick because I just wouldn’t put this girl Debbie past anything crazy.”

Despite her ex-best friend’s proclamations and accusations from law enforcement, Deborah Bradley has never been formally charged with the disappearance or the murder of her daughter, Lisa Irwin. What’s more, the most popular theory today is that baby Lisa was kidnapped by someone who wasn’t related to her or her family — which means that she’s most likely still alive.

Indeed, in the week after Lisa Irwin’s disappearance, two witnesses came forward and said they had seen a man carrying a baby down the street where Lisa Irwin lived. And surveillance video shows a man dressed in white leaving a wooded area nearby at 2:30 a.m. 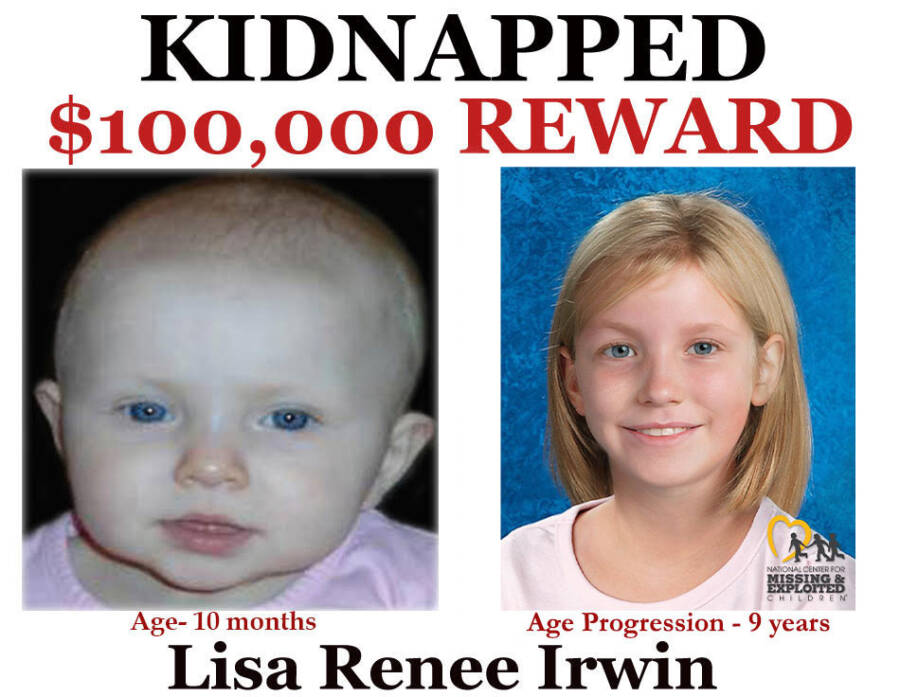 Find Lisa IrwinEvery three years, the Center for Missing and Exploited Children releases an age progression image of what Lisa Irwin might look like.

But when investigators found someone they believed matched the witnesses’ descriptions, only one of them said it could be him. However, when the police looked into it further, his alibi held up, and they have never been able to identify another possible suspect.

Another lead came when Jeremy Irwin discovered that three cell phones were missing from the house. He believes whoever took the cell phones has Lisa. And one of the phones made a mysterious 50-second call around midnight on the night of her disappearance. Both Irwin and Bradley deny making it.

When investigators looked into it, they discovered that the call was made to a Kansas City woman named Megan Wright, although she denied that she was the one who answered the phone. But Wright was the ex-girlfriend of a person of interest in the case, a local transient who lived in a halfway house nearby.

“This whole case hinges on who made that call and why,” Bill Stanton, a private investigator hired by Lisa’s parents, told Good Morning America. “We firmly believe that the person who had that cell phone also had Lisa.”

After reading about the mysterious disappearance of Lisa Irwin, learn about Emanuela Orlandi, the 15-year-old girl who vanished from the Vatican. Then read about Kyron Horman, the seven-year-old whose disappearance sparked the largest manhunt in Oregon history.