The Grisly Story Of Lizzie Halliday, The ‘Worst Woman On Earth’

An Irish-American serial killer, Lizzie Halliday murdered at least four people in upstate New York in the 1890s. And some people even accused her of being Jack the Ripper. 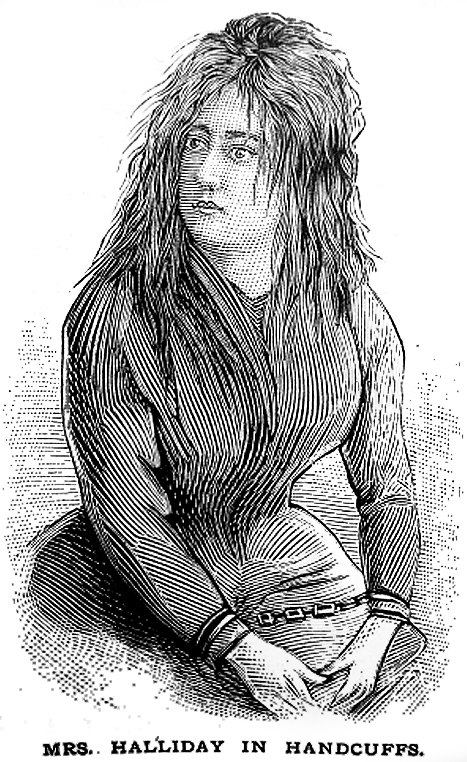 The Catskills were a peaceful place in the 1890s. Until one woman disrupted the peace by hiding bodies on her farm: the notorious Lizzie Halliday, one of America’s most deranged early serial killers.

After murdering at least four people, and likely many more, Halliday earned the moniker “the worst woman on Earth.” Many also suspected her of the horrific Jack the Ripper murders.

And not even a death sentence stopped Lizzie’s killing spree.

Who Was Lizzie Halliday?

Lizzie Halliday was only three years old when she traveled from Northern Ireland to the United States. In 1879, she married for the first time. Over the next 14 years, she would walk down the aisle five more times. Was Lizzie unlucky — or did she play a role in her husbands’ high mortality rate?

“Whether these men died natural deaths or were murdered, is not known,” reported the New York Times in an 1894 article.

But Halliday absolutely had a “type.” 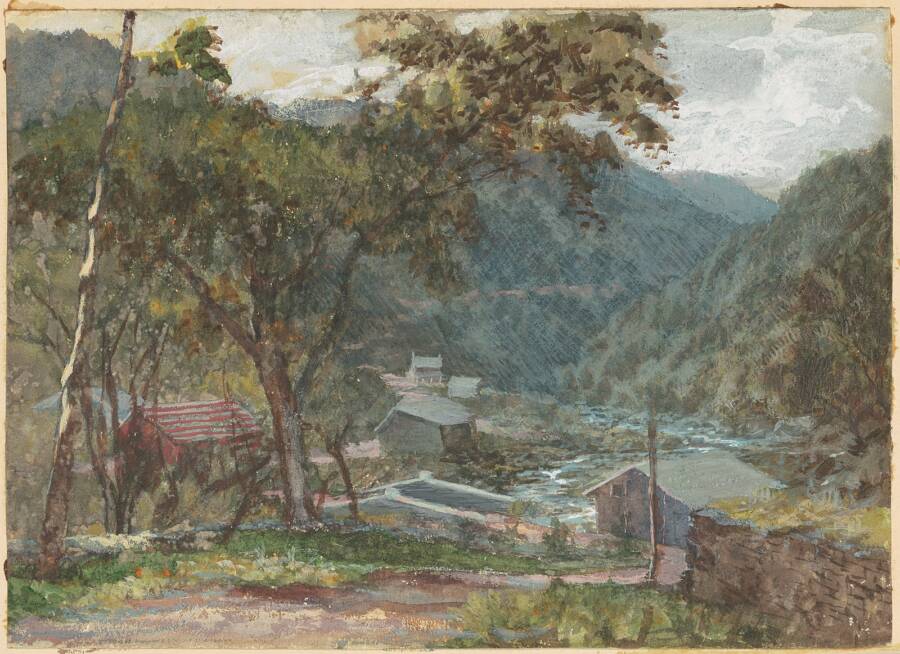 She picked older men, like “veteran and pensioner” Artemus Brewer and veteran George Smith. “In a few months she tried to kill Smith by giving him a cup of poisoned tea,” the Times explained. “Failing in her design, she fled.”

Lizzie Halliday’s life of crime included arson. While living in Vermont, she opened a shop and burned it to claim insurance money. The crime landed Halliday in prison for two years.

After her first stint in prison, Halliday took a job as a housekeeper for Paul Halliday. The two married. “Their married life does not seem to have been pleasant,” the papers reported during her murder trial. Halliday stole a horse and rode off with a neighbor. That crime sent her to an asylum after she pleaded insanity.

Paul, still faithful to his wife, welcomed her home from the asylum. “No fool like an old fool,” he told papers. Instead of reforming her ways, however, Halliday set fire to their house, killing her stepson.

After his son’s death, Paul Halliday vanished. Wary of Halliday, neighbors asked after Paul, while the black widow insisted that her husband was simply away from the farm on travel.

When Halliday wasn’t looking, the neighbors searched the farm. Thanks to her track record of crime, many in the quiet community were convinced that she had killed her husband. But the searchers found something even more disturbing than one body.

Hidden under a haystack in the Halliday barn, the searchers discovered the bodies of two women. They were mother and daughter Margaret and Sarah McQuillan. Halliday had lured them to the farm to murder them. 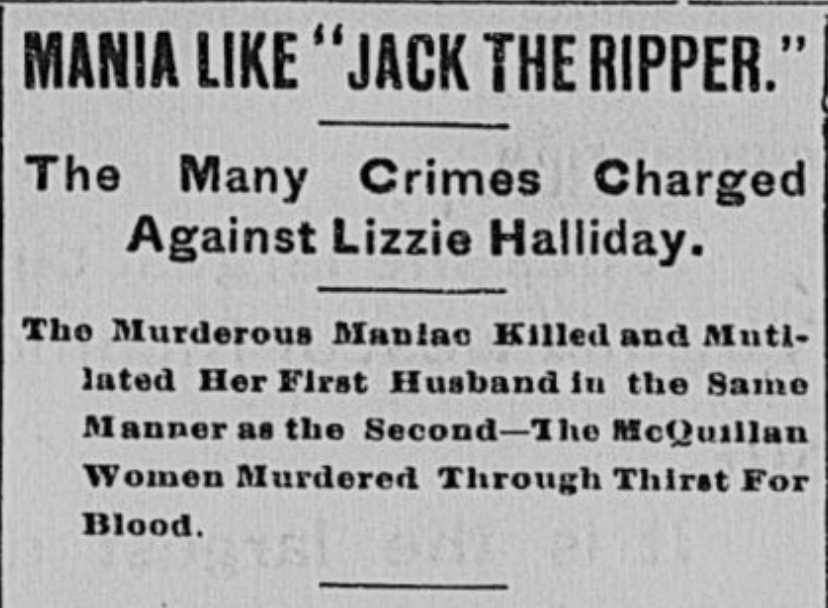 The Roanoke Times/Library of CongressA 1893 headline warned that Lizzie Halliday’s crimes created a mania like the Ripper killings.

Police swooped in to arrest Halliday for the murders. And when the authorities searched the farm, they found Paul Halliday’s mutilated body stuffed under the floorboards.

Lizzie Halliday wasn’t a cooperative prisoner. During her pre-trial stint in jail, she attacked the sheriff’s wife. She managed to start a fire in her cell. And she tried to commit suicide so many times — including once by cutting her own throat with broken glass — that the authorities chained her to the floor.

“From its circumstances, origin, conception, and execution; its unique characteristics, the abnormal personalities and peculiar localities it involves, and, above all, in the strangeness and mystery of its great central figure, it is unprecedented and almost without parallel in the annals of crime,” the New York World declared.

Reporter Nellie Bly visited Lizzie Halliday in prison to interview her. The black widow confessed to many other killings, telling the journalist, “It is a long story, and it is over many murders besides those already known.”

It was during Halliday’s time in jail that authorities began to wonder if she had an even longer track record of crime. In 1888, a serial killer had tormented London. Known as Jack the Ripper, the murderer had never been caught.

Sheriff Harrison Beecher dropped a bombshell in 1893. “Recent investigations show that Mrs. Halliday is in all probability connected with the famous Whitechapel murders,” the sheriff announced.

The sheriff based his assessment on circumstantial evidence. Halliday had been in London around the time of the Ripper murders. She mutilated her victims. And Halliday kept bringing up the Ripper in prison. 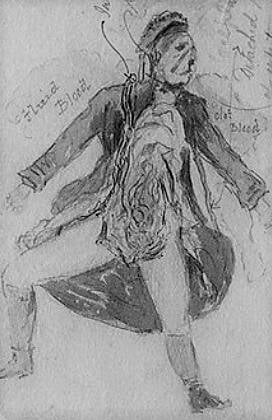 “Mrs. Halliday is constantly speaking of those murders,” the sheriff reported. “She also talks of many women brought from New York who have been robbed, killed, cut up in small pieces, and dumped in the Hudson River.”

Lizzie Halliday Is Dubbed The Worst Woman On Earth

Lizzie Halliday went on trial for murder in 1894. The Sullivan County court quickly convicted her of three murders — the McQuillans and her husband. Halliday almost certainly killed more people, but police could not connect her with other crimes. Her mistake had been hiding the bodies at her farm, where she could be easily connected to the killings.

The jury sent Halliday to death row, making her the first woman in history sentenced to death by electric chair.

But the court stepped in and commuted the sentence. Instead of sending Halliday to prison, she went to the Matteawan Hospital for the Criminally Insane.

Halliday was “a type of low humanity,” according to one observer. She was “an ignorant, mean, cunning, and revengeful woman, with the belief that she possessed the power to deceive everybody she chose.”

And Halliday continued to act out in the asylum. She attacked the staff and tried to escape. And in 1906, Halliday stabbed nurse Nellie Wickes 200 times with a pair of scissors. When she died, Wickers was cemented as the Catskills Ripper’s final victim.

The Hunt For Female Serial Killers

The late 19th century saw the rise of a new phenomenon – killers who claimed multiple victims and murdered with brutal precision. But Jack the Ripper and H.H. Holmes weren’t the only Victorian serial killers. Women like Lizzie Halliday and Mary Ann Cotton also racked up multiple killings.

Female serial killers weren’t exactly like their male counterparts, though. They were more likely to kill family members, for one. And they were less likely to use knives and guns – the murder weapon of choice for women was often poison.

What drove Halliday to kill — and was she connected with the Jack the Ripper murders? She never let on.

In some ways, Halliday broke the model for female serial killers. While she killed her husband and stepson, she also reportedly murdered strangers. While she attempted to kill with poison, she also used a gun, knives, and scissors. Like the Ripper, she mutilated her victims.

Perhaps appropriately, when Lizzie Halliday died in the asylum in 1918, her obituary declared her “the worst woman on Earth.”

Lizzie Halliday wasn’t the only serial killer active in the U.S. in the 1890s. Next, read about H.H. Holmes and the murder hotel. Then, learn about Britain’s first female serial killer, Mary Ann Cotton.