Go Inside The Wolf’s Lair, Hitler’s Massive Command Center On The Eastern Front

Located deep in the Masurian woods of what was once East Prussia, the Wolf’s Lair housed Adolf Hitler and 2,000 fellow Nazis from 1941 until its destruction in 1945.

Deep in the woods of Kętrzyn, Poland, lies the crumbling remains of Adolf Hitler’s secret outpost, the Wolf’s Lair. Built in 1941, the covert complex included 50 bunkers and 70 barracks with two airfields and a railway station nearby.

Hitler spent over 850 days at the Wolf’s Lair where he launched increasingly detached war strategies that fostered growing dissent in his regime. Perhaps the two most notable events that took place from within Hitler’s bunker was that it served as headquarters for Operation Barbarossa, the Nazi invasion of Soviet Russia. 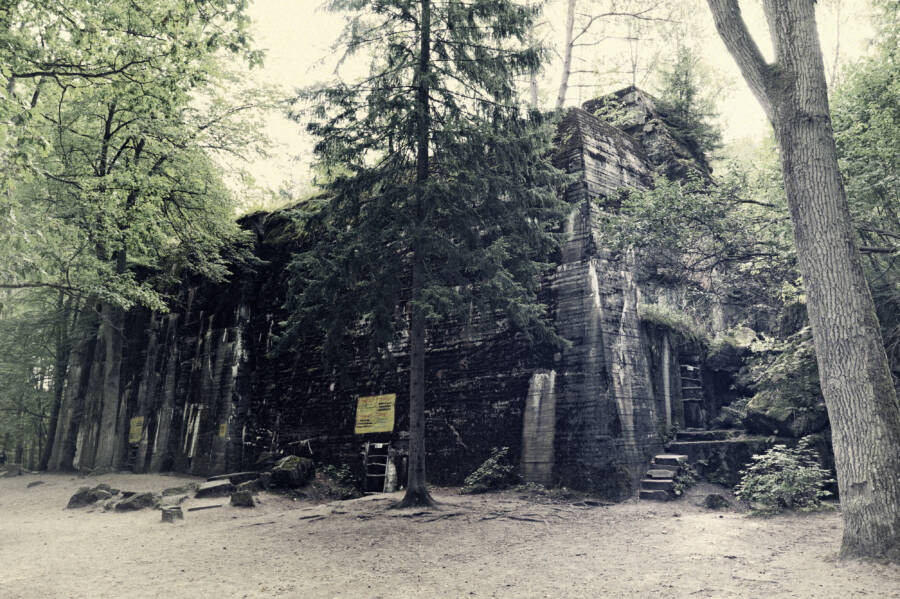 Dirk Messberger/Getty ImagesThe Wolf’s Lair, or “Wolfsschanze,” sits in ruin today, but at the peak of World War II, it was a massive Nazi headquarters.

From its sprawling grounds to the nefarious plans made within its boundaries, this is the history of Hitler’s East Prussian war fortress. 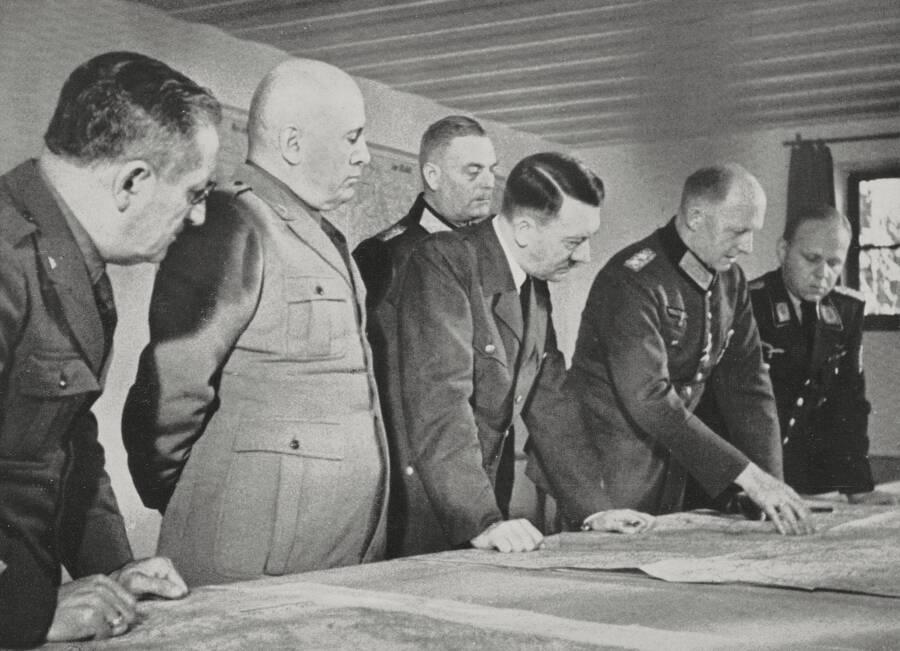 The Wolf’s Lair, or “Wolfsschanze,” was originally conceived in late 1940 and its construction was completed on June 21, 1941. At this point in the war, Germany had already invaded Czechoslovakia, Poland, Denmark, Norway, Holland, Belgium, Luxembourg, and France.

One day after launching Operation Barbarossa, which saw three million Nazi troops invading Soviet Russia, Hitler moved into the Wolf’s Lair and made it the de facto capital of Nazi German operations on the Eastern Front. It was outfitted with steel-enforced concrete walls that were 6.7 feet thick and protected by anti-aircraft guns. Hitler’s private bunker had 26-foot-thick ceilings.

Adolf Hitler virtually directed military operations on all fronts from the Wolf’s Lair, which was outfitted with all the amenities he needed, including a barbershop, restaurant, and even a casino.

Not having to leave the bunker was important to Hitler as he had grown increasingly paranoid and erratic during this time, especially after Japan attacked Pearl Harbor, forcing him to declare war on the U.S. as a result of Nazi Germany’s alliance with Japan. 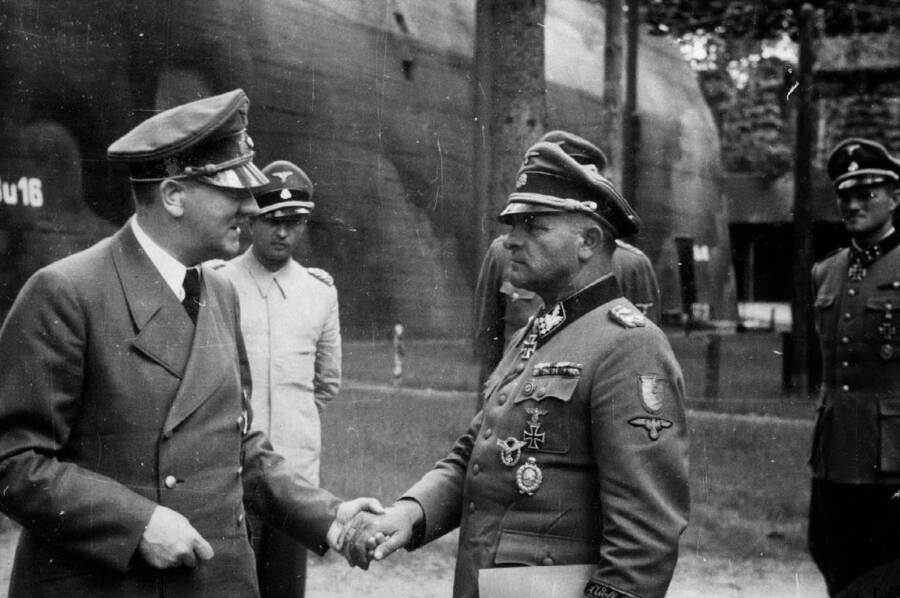 The Wolf’s Lair housed 2,000 people, from high-ranking officials and soldiers to waitstaff that were forced to taste Hitler’s vegetarian meals for poison before he ate them.

According to one of his former staffers, Margot Wölk, “Some of the girls started to shed tears as they began eating because they were so afraid. We had to eat it all up. Then we had to wait an hour … We used to cry like dogs because we were so glad to have survived.”

But there was another plot taking place in the Wolf’s Lair that Hitler wasn’t aware of. 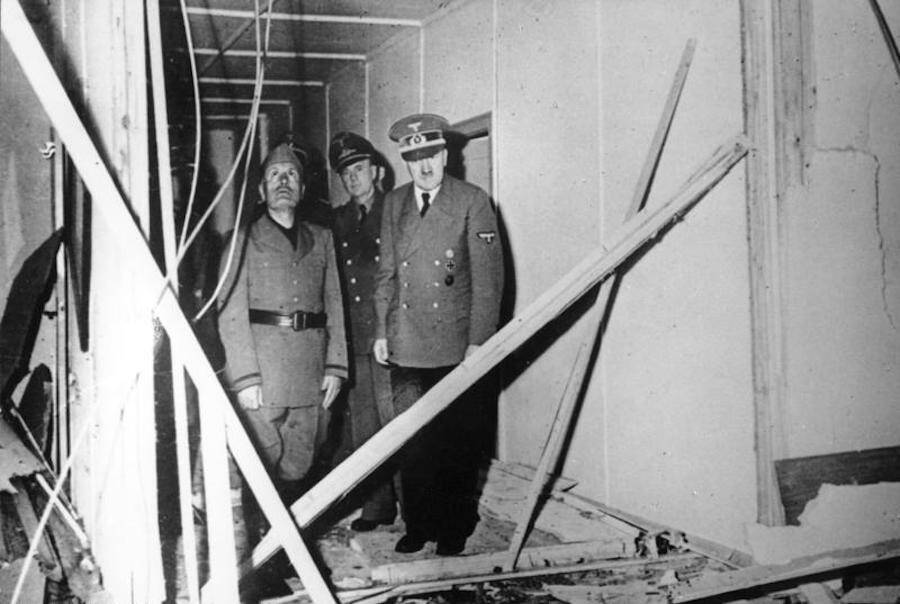 Wikimedia CommonsAdolf Hitler observing the damage done to the Wolf’s Lair following a failed assassination attempt on his life.

By 1944, Claus von Stauffenberg, who was one Hitler’s highest-ranking officers, had become disillusioned with the Führer’s unbridled lust for power.

With an overburdened military operating on all fronts and the D-Day invasions of June 1944 behind them, many German officers had become wary of Hitler’s decisions and plotted his assassination in order to turn over control of the capital to the Reserve Army instead.

The plot was codenamed Operation Valkyrie, or the “20 July Plot” and hinged on von Stauffenberg’s intimate knowledge of the Wolf’s Lair. On July 20, 1944, the officer managed to covertly deposit a bomb disguised as a suitcase at a meeting in the Wolf’s Lair. But Hitler managed to escape unscathed when the suitcase was thoughtlessly pushed across the table, deflecting the blast away from Hitler.

With the treasonous plot exposed, von Stauffenberg was executed the next day. He shouted “Long live free Germany” as he was shot. It was four months before the Red Army’s approach on the Eastern Front forced Hitler to evacuate the lair on Nov. 20, 1944.

Even though Hitler ordered it demolished in January 1945, many bunkers in the complex proved to be too sturdy to destroy. 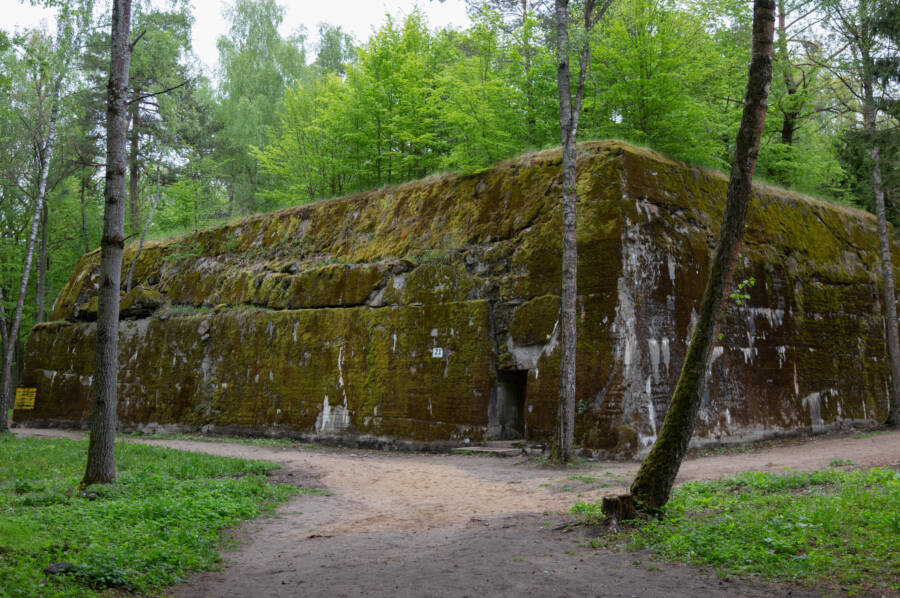 It only took a week for Nazi Germany to surrender after Hitler’s suicide in Berlin’s Führerbunker on April 30, 1945. The Wolf’s Lair lay abandoned as the world rebuilt following the war. Overrun by moss, it eventually became a makeshift paintball site and an unregulated tourist spot that Warsaw Uprising Museum director Joanna Berendt called a “grotesque Disneyland.”

Fortunately, the Polish Forestry Inspectorate seized full control of the site in 2017 and installed information panels with proper tourism guidelines and historic markers.

Additionally, a host of artifacts continue to be uncovered there. It was only last year that armored doors, stairs to Hitler’s bunker, and a stone bearing the symbol of his protection battalion were found.

While nearly 300,000 annual visitors pay the $4 dollar fee to learn the Lair’s history, some critics don’t want to see the Lair become a site of historical significance. Their fear is that it will quickly become a pilgrimage site for neo-Nazis.

But hopefully, the restoration of the Wolf’s Lair will do no such thing and will only serve as an education tool.

After learning about Hitler’s top-secret military complex known as the Wolf’s Lair, take a look at 21 Nazi propaganda posters. Then, learn about World War II’s Eastern Front in 33 colorized images.