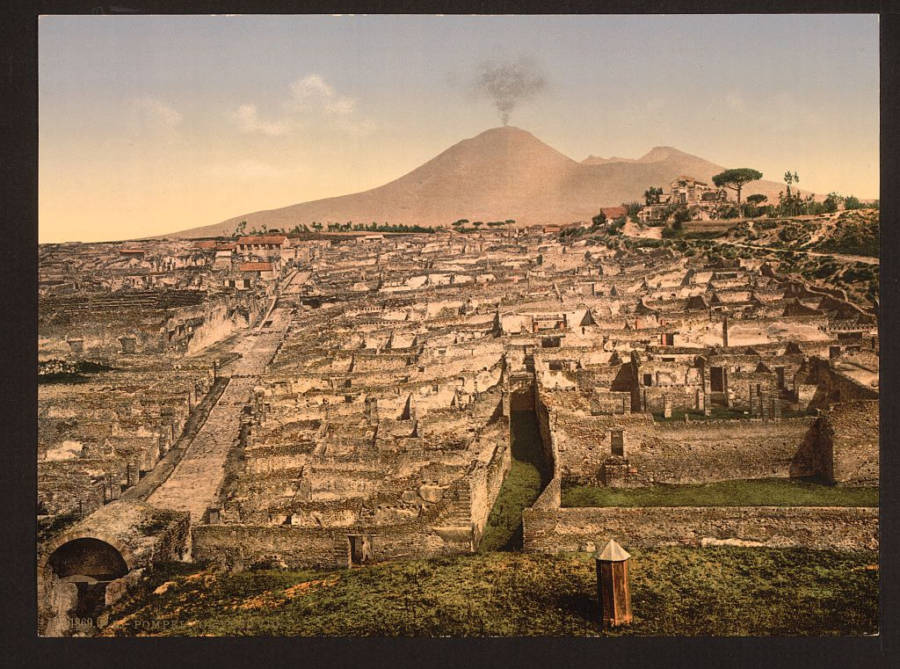 Probably one of the most famous lost cities, Pompeii and its inhabitants were the unfortunate victims of the catastrophic volcanic eruption in 79 AD. Mount Vesuvius’ eruption spanned two days and completely buried the opulent Roman city under ash and pumice. It remained lost for over 1700 years — until a surveying engineer uncovered it in 1748. “Darkness fell, not the dark of a moonless or cloudy night, but as if the lamp had been put out in a dark room,” wrote Pliny the Younger. He witnessed the eruption from across the Bay of Naples.

Approximately one-third of this lost city remains buried, even after archaeologists logged hundreds of years of work. Unearthing these buildings and seeing them as they stood at the time of the cataclysm must be absolutely exhilarating.