Admired for its intricate rock-cut architecture and advanced water conduit system, Petra is a historical marvel. It dates back to the 6th century B.C. and was the capital city of the Nabataeans. Petra was at the center of trade routes and was used to control the water supply in the desert city.

The honeycomb of pink sandstone caves and temples lies on the slope of Mount Hor. It is four times the size of Manhattan. The raw, natural beauty of this city is always changing, as the sun glints off the stones during its journey across the sky. Sunrise and sunset in Petra are breathtaking. In 363, an earthquake partially destroyed Petra, as well as the city’s aqueducts. Some residents stuck around, but the last of them left when the Arab conquered it around the year 663.

Petra was rediscovered in 1812 by Swiss explorer Johann Ludwig Burckhardt. Currently, archaeologists have only explored half of it, though it remains Jordan’s most popular tourist attraction. Oh, and you might recognize this quaint lost city from a little movie called Indiana Jones and the Last Crusade. 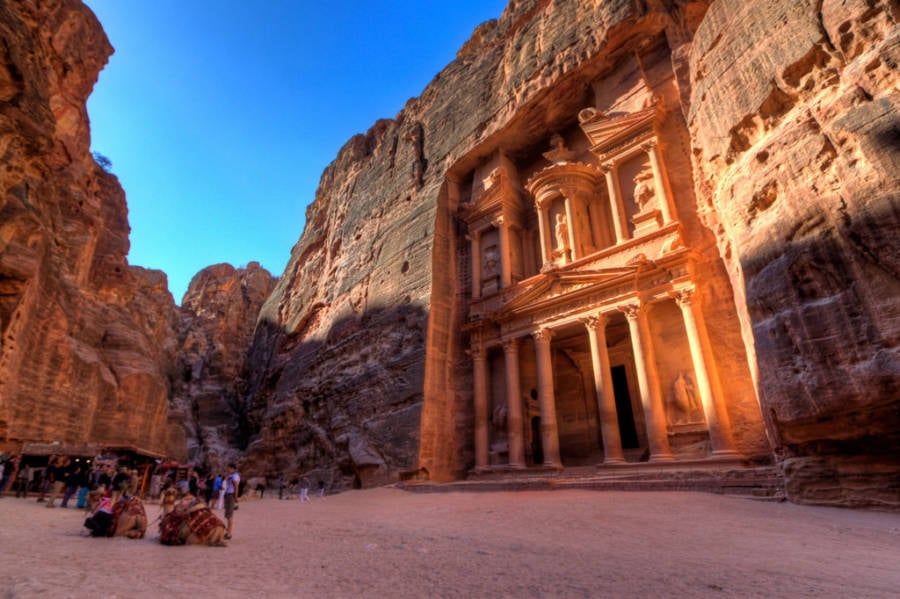