Amy Carlson, the 45-year-old "Mother God" of the Love Has Won cult, had been dead for at least four weeks before police discovered her mummified body. 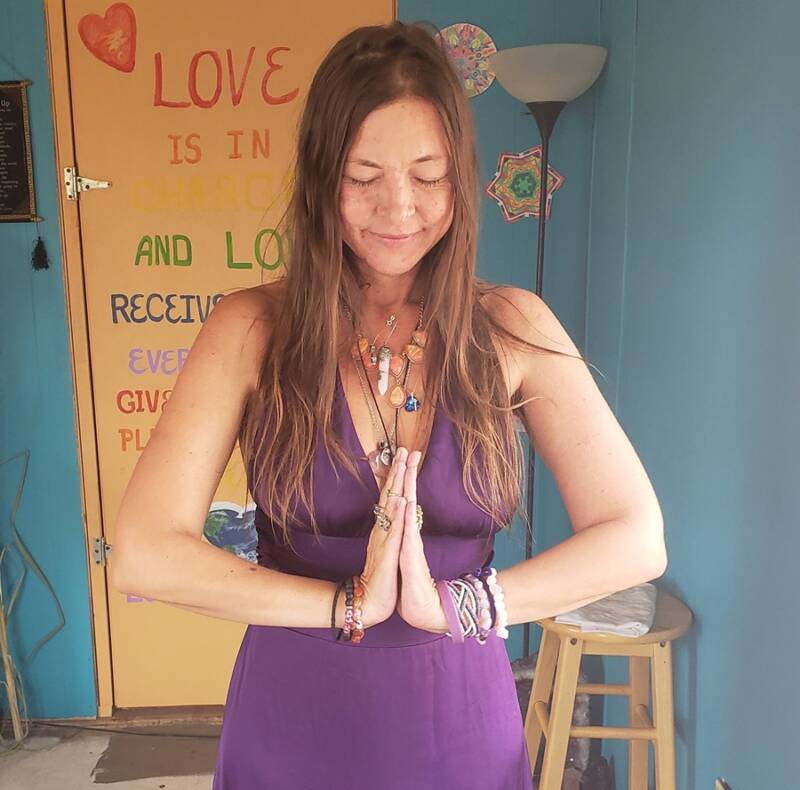 Love Has Won/FacebookAmy “Mother God” Carlson, the former leader of Love Has Won who claimed that she is the Hawaiian goddess of fire.

The Love Has Won cult first made national headlines in September 2020 when Hawaiian officials sent them back to Colorado following three days of volatile protests over their presence. Locals of Hawaii’s island of Kauai were outraged at the group’s predatory ideology, which saw the cult strip members of their savings and keep them distant from their relatives.

At the time, more than 100 people gathered outside the cult’s beach-front rental to express their disdain, according to the Honolulu Star-Adviser. The fact that cult leader Amy Carlson claimed to be the reincarnation of the Hawaiian fire goddess Pele was met with particular opposition, resulting in anger and broken windows.

Carlson, who was suffering from cancer, had traveled to the island with 15 of her followers due to her health and had been on the island for about a month before relocating to their Colorado compound last fall.

Now, Carlson’s mummified body has been found in a shrine in that compound, tied with Christmas lights with makeup applied around the eyes, and seven members of the group have been charged with abuse of a corpse, false imprisonment, and child abuse.

Why The Love Has Won Cult Sparked Protests In Hawaii

The leader of the so-called Love Has Won cult, Amy “Mother God” Carlson, claimed the group is not a cult but rather a religion. The U.S. Internal Revenue Service confirmed as much by deeming the group tax-exempt. The cult makes money by selling vitamin supplements and supposed colloidal silver and gold therapeutics. 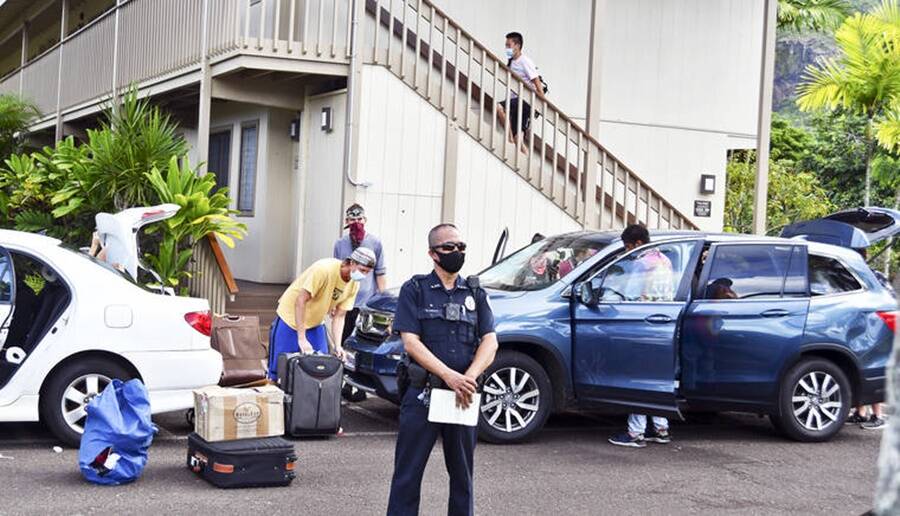 The organization posted a number of impassioned videos during their stay in Kauai. In one video, the leader and supposed goddess-incarnate Carlson went into a profanity-laden tirade about her divinity.

In another video, two members are shown mocking the COVID-19 quarantine restrictions implemented by the state government for newly-arrived visitors and giving the finger to the camera. The week of the protests, Hawaii reported two new coronavirus-related deaths in addition to 66 new cases statewide. 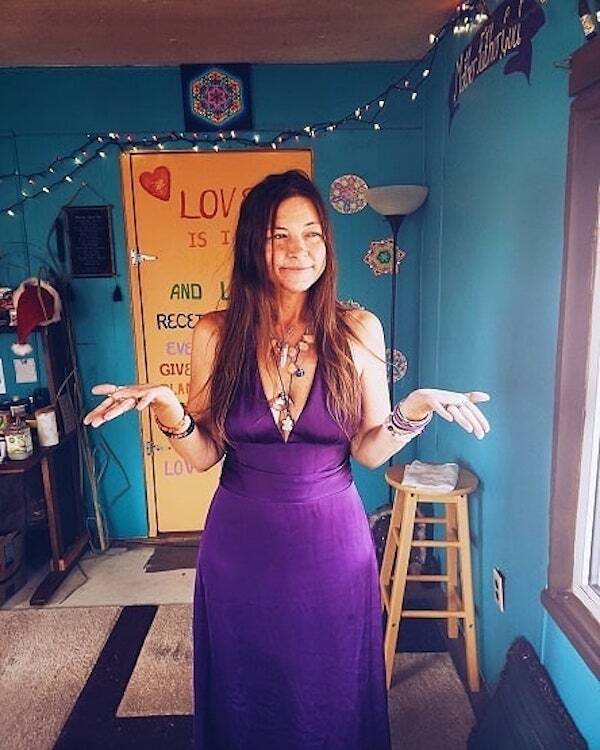 Instagram/LoveHasWon1111Carlson had been dead for at least four weeks before being discovered.

Members of Love Has Won also expressed disdain after being confronted by locals about their practices. One of the cult members engaged in a shouting match with protesters from the second floor of the rental home before running back inside crying.

Another member named Robert Begley posted the following rant about the protests on the group’s social media:

“Did you see what the locals did to our mother’s house? They smashed every window in her car. They smashed her house windows. They threw rocks. How would you like that to happen to your mother? Your mother who has full cancer in her body and paralyzed.”

The group’s relocation to Hawaii was “for the ascension of the planet. We are not here for you guys,” claimed one of its members, Ashley Peluso, a fixture on the group’s “daily event energies update” livestreams. 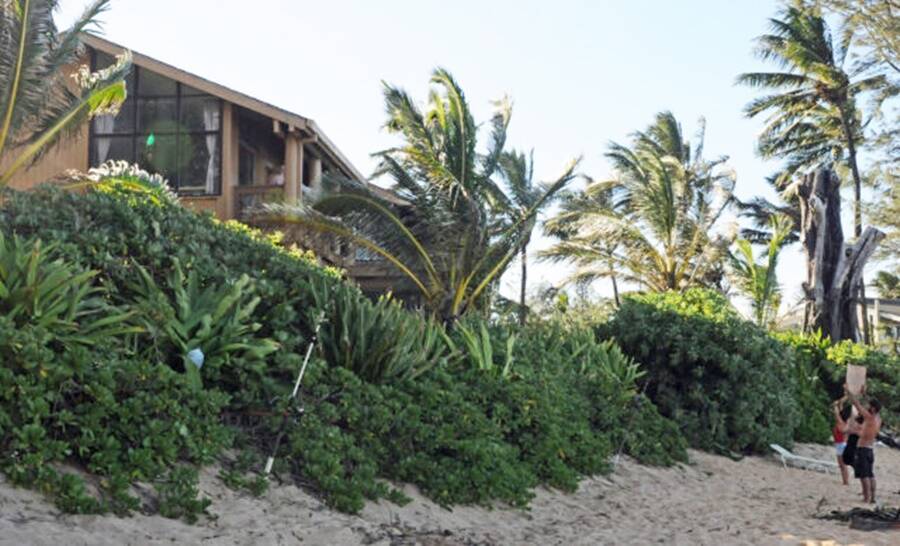 Allan Parachini/Civil BeatFifteen members of a cult based in the U.S. mainland were booted out of Hawaii after three days of protests by locals in 2020.

The protests outside the rental property were enough to attract a sizable police presence. About a dozen officers were dispatched from the Kauai Police Department with two National Guard vehicles stationed at the Kuhio Highway near Hanalei, essentially blocking traffic access in and out of the neighborhood.

Three small fires were set on the beach near the cult’s rental property during the protests and the vehicle that the Love Has Won members had rented for their stay was also damaged.

By the following weekend, Mayor Derek Kawakami had arrived at the scene to inform protesters that the county was negotiating with Love Has Won to leave the island. Several members of the cult left the property to relocate to Maui shortly thereafter. Following the three-day protest, all members of the cult had left for the airport by Sunday night. 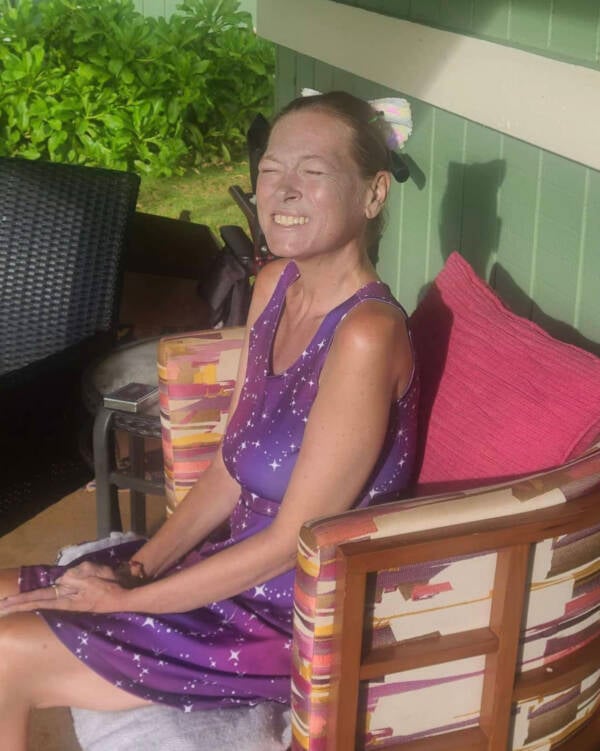 But Love Has Won’s plans to move to another island were derailed after Maui authorities found discrepancies in their travel paperwork. They were instead forced to leave Hawaii altogether and move back to Colorado, where the group’s most shocking development of all played out.

How Amy Carlson Was Found Dead Inside A Disturbing Shrine

Love Has Won member Miguel Lamboy contacted Colorado police on April 28, 2021. He claimed to have gotten home after a prolonged absence while people were staying in his house to find a dead woman inside. He also claimed when he tried to leave with his two-year-old son — his guests didn’t let him.

The claims of the presence of a body allowed police to gain a search warrant for the Saguache County premises and conduct a welfare check on Lamboy and his child. When they arrived, they discovered a macabre scene with Carlson’s mummified corpse. An affidavit released by the Saguache County Sheriff’s Office noted it was wrapped in something like a sleeping bag, with Christmas lights tied around the body. 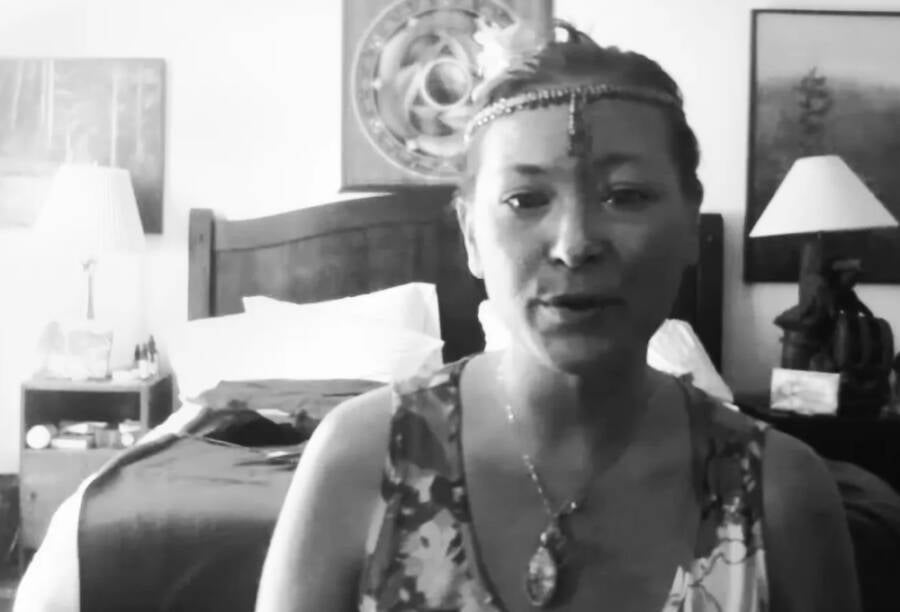 There was “glitter type makeup on around the eyes,” it stated, with the corpse generally positioned at “some type of shrine.” According to The New York Times, Lamboy was sure the person was dead when he notified police because the eyes were missing — and the person’s teeth were peering out of their lips.

“I’ve never seen a group of people be so nonchalant about a dead person in their back room,” said Corporal Steve Hansen with the SCSO.

Though the cause of death has yet to be ascertained, Carlson purportedly suffered from cancer. While teeth or DNA have yet to officially prove her identity, officials are fairly confident the enshrined body is hers.

Carlson’s sister, Chelsea Renninger, also seemed to confirm the identity of the body, telling The Washington Post, “Even though she wasn’t innocent in all this, she didn’t deserve to die the way she did.”

Aside from the disturbing corpse, police found seven adults and a 13-year-old child in the house. All seven adults were arrested on child abuse charges and abuse of a corpse, with 47-year-old Karin Raymond receiving an additional charge of false imprisonment. 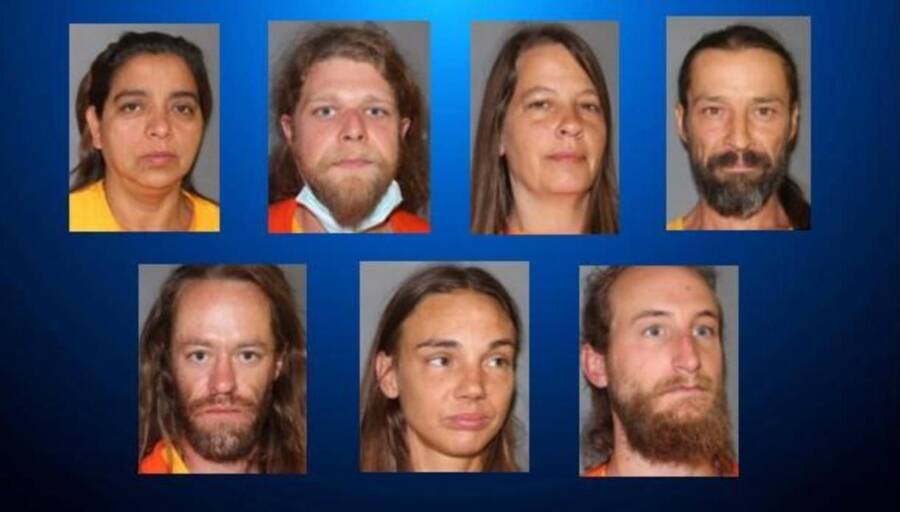 Fortunately, the children were found healthy. Lamboy was allowed to leave in custody of his toddler, while the teen was placed in local social services. Before departing, however, he told police the body had been transported from California. The coroner’s analysis found that it had been dead for “four weeks or more.”

As it stands, two of the adults, Jason Castillo and John Robertson, had their charges modified from abuse of a corpse to tampering with one. It certainly appears as though their infamous Love Has Won cult leader has died, as journalist Be Scofield reported on her death on April 30 — two days after Lamboy’s discovery.

Even the group’s Facebook page seemed to confirm the news, as a video post on May 2 saw one member state: “Mom has ascended, her mission is over. Is the mission over? No.”

Next, read about the Heaven’s Gate cult and their infamous mass suicide. Then, learn about the Australian doomsday group that was started by a yoga teacher.