Luang Pho Daeng, The Coolest Mummy In The World

In the final seven days leading up to his death, Luang Pho Daeng stopped eating and drinking, which dehydrated his body to preserve it after his death. 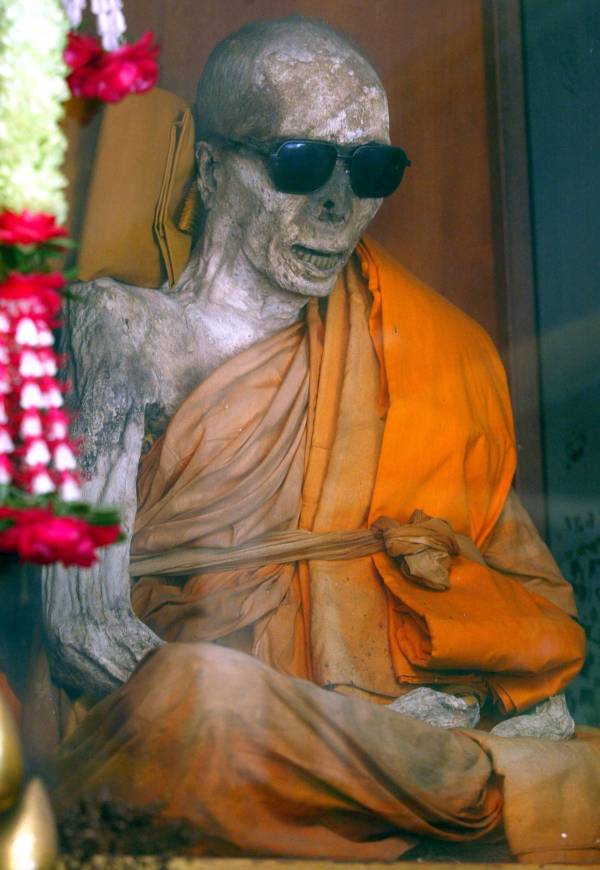 When you enter the temple of Wat Khunaram in Thailand, you are greeted by a smiling face wearing sunglasses, but it’s not the face of a tour guide. It’s the frozen visage of Luang Pho Daeng, a monk who died over 40 years ago.

Luang Pho Daeng was a man who grew up in turn-of-the-century Thailand. He was briefly interested in becoming a monk in his 20s but decided against that path when he met a beautiful young girl and got married.

He raised six children with his wife, and when he reached the age of 50, and his children were all grown up, he decided to follow his childhood ambition and become a Buddhist monk.

He began voraciously studying Buddhist texts and meditation and quickly became a learned and respected monk. He was briefly an abbot at a temple in southern Thailand, before returning to teach at the temple near his family home: Wat Khunaram.

It was there that he would live out the last years of his life.

When he was 79, and teaching at Wat Khunaram, he called his students to his quarters where he told them that he felt his death was imminent. Should his body not decompose, he stated he would like to remain at the temple and be placed in an upright display as a symbol to inspire future generations to follow Buddhist teachings and be saved from suffering. 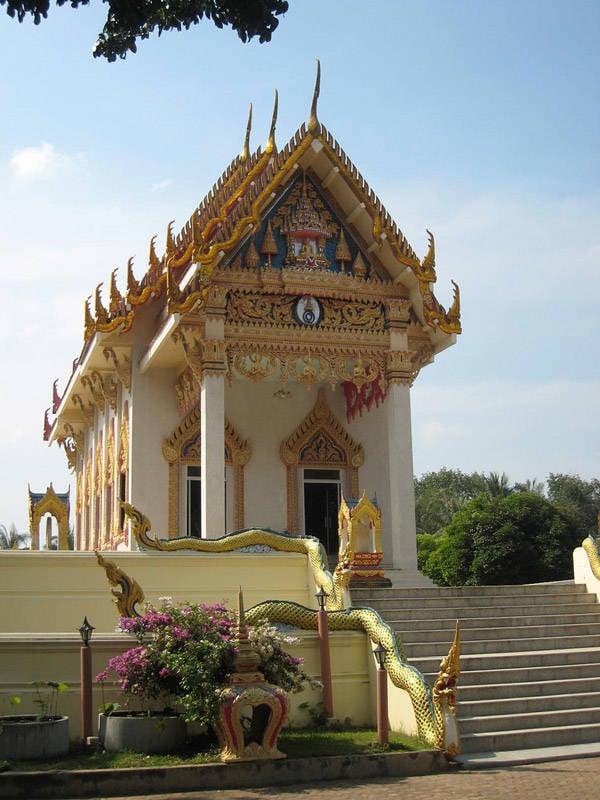 This statement would prove to be prophetic when he died two months later.

In keeping with the Buddhist practice of self-mummification, Daeng ensured that his body was prepared for preservation before his death.

This Buddhist practice, thought to have originated in Northern Japan, involves monks slowly reducing what they eat and drink before they eventually die of starvation. The practice is intended to display an intense rejection of all human pleasures and needs, and is believed to display a high form of enlightenment.

The reduction of body fat in the subject, as well as the dehydration of the body, results in a preserved, mummified corpse.

In the final seven days leading up to his death, Daeng stopped eating and drinking, and focused entirely on meditation. He was found dead while still meditating in the lotus position.

After his death, his disciples honored his wishes and displayed his mummified body in a glass case in the temple. 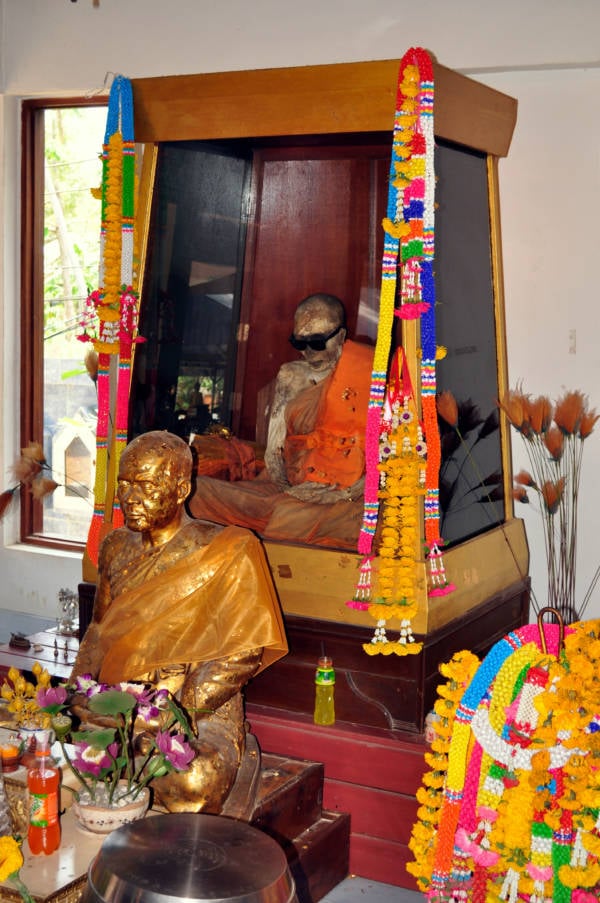 Though his dehydration preserved much of the skin and internal organs of the body, the eyes of his corpse fell through into the back of his skull.

For this reason, the monks placed sunglasses on his face, hiding his gruesome eye sockets.

Now, Luang Pho Daeng’s body is an attraction to Buddhists and non-Buddhists alike who visit this temple to see the famous Thai mummy.

Recent radiological surveys of the body have revealed that Daeng’s dentures are still in his mouth.

They also found that a native gecko species have been laying eggs under the skin of Daeng’s corpse. Even in death, he is still providing for those around him.

Next, learn the fiendish plot behind the “Screaming Mummy.” Then, check out these images of bog bodies, the naturally preserved mummies of ancient Europe.