"And another thing...the crotch, down where your nuts hang, is always a little too tight."

Lyndon B. Johnson is a president with a complex legacy, from his military actions in Vietnam to his support for Civil Rights, but while historians and people may disagree on exactly how he ranks among other US presidents, they can all agree that he was the one most obsessed with his dick.

In this insane audio recording of a phone call made by Johnson, you can listen in on the US president talking in explicit terms about the measurements he needs for his pants when ordering slacks from the Haggar clothing company.

He explains to the tailor over the phone that he needs his pants to be about an inch wider and to have “two or three inches of stuff left back in there” as he can “vary ten or 15 pounds a month.”

Of the pockets, Johnson said, “When you sit down, everything falls out, your money, your knife, everything…so I need at least another inch in the pockets.”

While this may seem like odd requests, LBJ then starts to ask for much more specific and graphic changes to be made to the clothes. 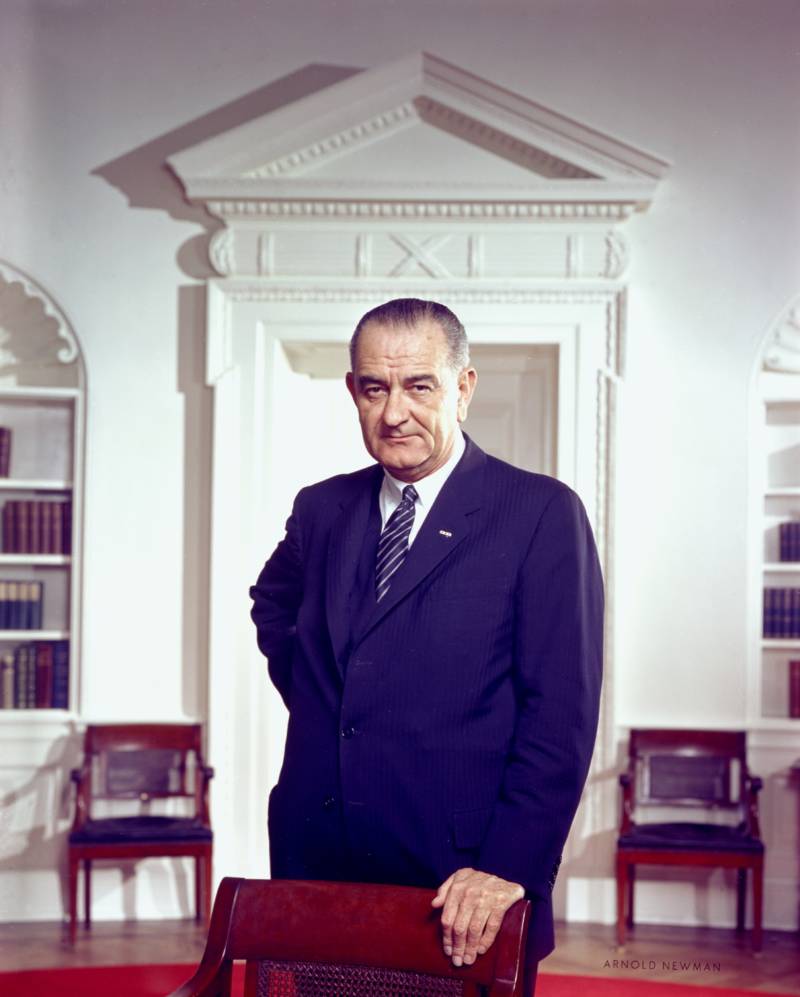 Johnson then adds, “And another thing…the crotch, down where your nuts hang, is always a little too tight, so when you make them up, please give me another inch I can let out there, uh, because they cut me. It’s just like riding a wire fence.”

He goes on to ask, “See if you can’t leave me an inch from where the zipper (BURPS) ends, round, under my back to bunghole, so I can let it out there if I need it.”

This statement is punctuated with a distinct belch after he mentions the zipper.

While to many people his descriptions may seem graphic, Johnson had never had few qualms with describing, or even displaying, his genitals.

Lyndon B. Johnson famously nicknamed his penis “Jumbo” and once exclaimed, “Have you ever seen anything as big as this?” while brandishing it to a White House staffer.

The 36th president even retrofitted the presidential bathroom to have nozzle pointing directly at his penis. He reportedly told the White House staff, “If I can move 10,000 troops in a day, you can certainly fix the bathroom any way I want it.”

This fixation resulted in this hilarious recording and reveals a side of Johnson that was rarely seen when he was in office but is both deeply weird and deeply human.

Enjoy this article on Lyndon B. Johnson? Next, check out this list of the 7 presidents who broke some of their biggest campaign promises. Then, listen to this secret recording of Adolf Hitler, the only known audio of him speaking privately.